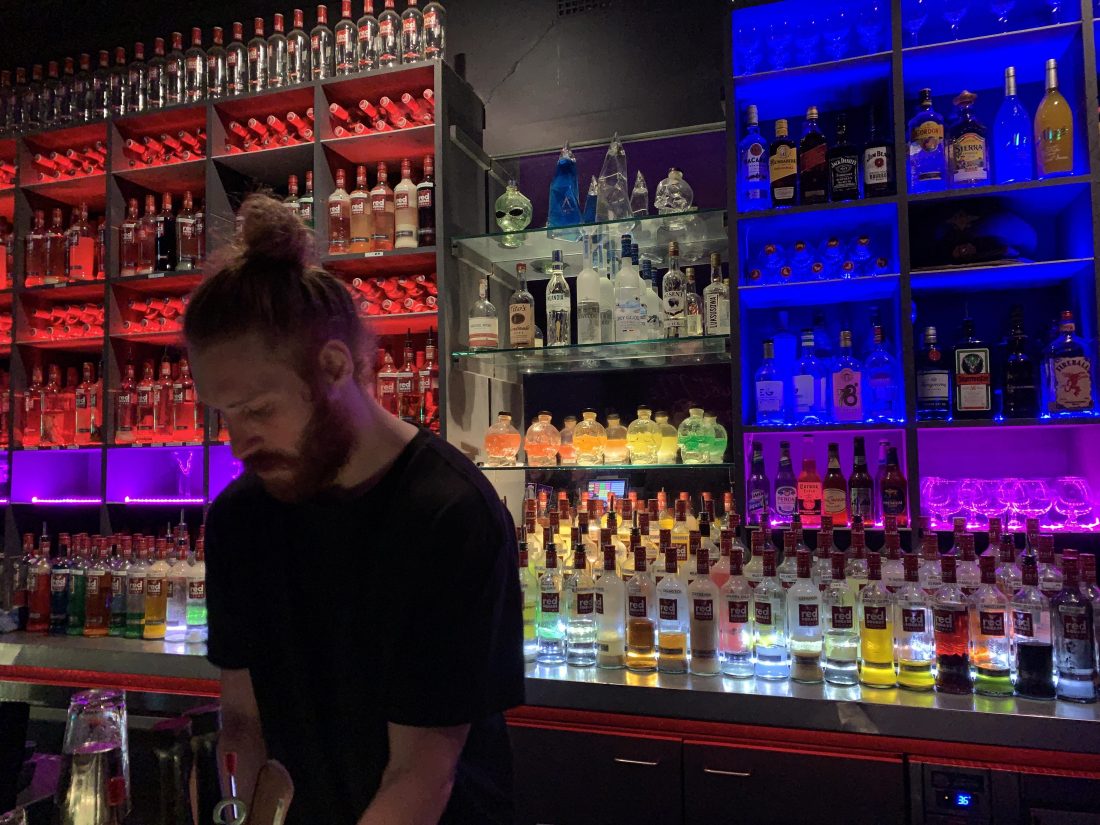 I have just completed Day 100 of my alcohol-free year. It is the second time I have reached this milestone in the last 12 months. I decided to quit alcohol in the 100 days before Christmas,  2019. I did it for a few reasons. Firstly for my health, secondly to see if I could, and thirdly because I have been becoming more and more concerned about my complicated relationship with alcohol.

I have always been a drinker. I come from a family of drinkers. At some stages in my life, I have been a very heavy drinker. People who know me in real life will know that I am usually one of the first at the bar.  I would usually have a glass of wine (or three) when I got home from work and while cooking dinner. I’d have a few drinks on Tuesday night when I went out with friends to pub trivia and a “few” more on the weekend. Some weekends I’d have two glasses and other weekends, two bottles. The only other time I have had an extended “dry” period was when I was pregnant.

That original 100-day stint was not as difficult as I thought it would be. The first three weeks back in September 2019 were challenging from a habit-breaking point of view. I swapped wine for (homemade) kombucha, soda water with lemon or just plain water. My friends (eventually) stopped questioning my no alcohol stance and I was able to sip on soda water or non-alcoholic beer without being hassled when I went out.

It was my intention to return to “normal” after Christmas. On Christmas Eve, Day 99, I was riddled with anxiety. Not because I was craving for alcohol, but rather that I didn’t want to start up bad habits again.  I had felt more energetic, had less joint pain, was sleeping better and was saving money. I had declared very loudly to my family that I was doing “A 100-day challenge” and joked about enjoying my first drink with them over Christmas lunch. I had bought a very nice bottle of wine which was sitting in the cupboard in readiness.

When D-day arrived I was torn. I had done the work, moved over the hump of looking for wine when I was cooking or socialising and I was doing just fine!

Back off the wagon!

I did have a few glasses of wine at Christmas time but I did not enjoy them with the same gusto as in the past.  I had discovered in those 100 days, that I could have just as much fun without it. I started my next ‘challenge’ enthusiastically on the 30th of December and included it as part of my Year of Zero. This time I  planned for a year-long abstinence.

As a society, we tolerate and even celebrate drunkenness and “party” behaviour. For me, like most people, alcohol meant “fun”. You wouldn’t be going out if you didn’t have a drink or two. Too often though, two leads to three, three leads to four and after that who’s counting ? I have had more hangovers than I can count and many mornings where I have woken with that dreaded feeling of not knowing what I may have said or done. I know I have caused some people distress. I also know I am not alone in this socially endorsed way of using (or abusing) alcohol. It’s almost un-Australian not to drink! Still while I remain a functioning adult and don’t miss work or my responsibilities or break the law, it’s deemed “OK”.

Not alone – sober curiosity is increasing

I couldn’t help thinking there was a  story to tell to others about my experience and it would seem I am not the only one thinking along the same lines. In January 2020, I came across two stories by Flip Prior in  ABC Life about her year without alcohol.  She wrote

“Because excessive alcohol consumption is so normalised for many of us in Australia, no-one had ever said anything to me about the way I was drinking or raised it as an issue, even though for me it felt like a problem to fix.”

Snap that’s a match, Flip! I wanted to solve my problem of overusing alcohol. It was never my intention to not drink again, but rather give it a break to prove to myself I could. I guess in the back of my mind I was trying to prove to myself that I was not an alcoholic.

Let’s be frank. Alcohol is bad for you! Seriously bad! Physically, emotionally, financially! You don’t have to look far to see that.

Flip wraps up her story with a sentiment I  wholeheartedly agree with.

[After a year of not drinking] “You’ve done all that work, you’ve got rid of all those triggers and associations and your brain no longer equates fun with alcohol — why would you want to go back to drinking poison? It makes no sense.

Will I drink again? I don’t know. Maybe I will, maybe I won’t. I am not going to say I’ll never have alcohol again, I am not ready to do that.

(PS: by the time this post is actually published it will be 122 days)

EDITED TO ADD: These video are great! Four short (fun) videos in the affect of alcohol.