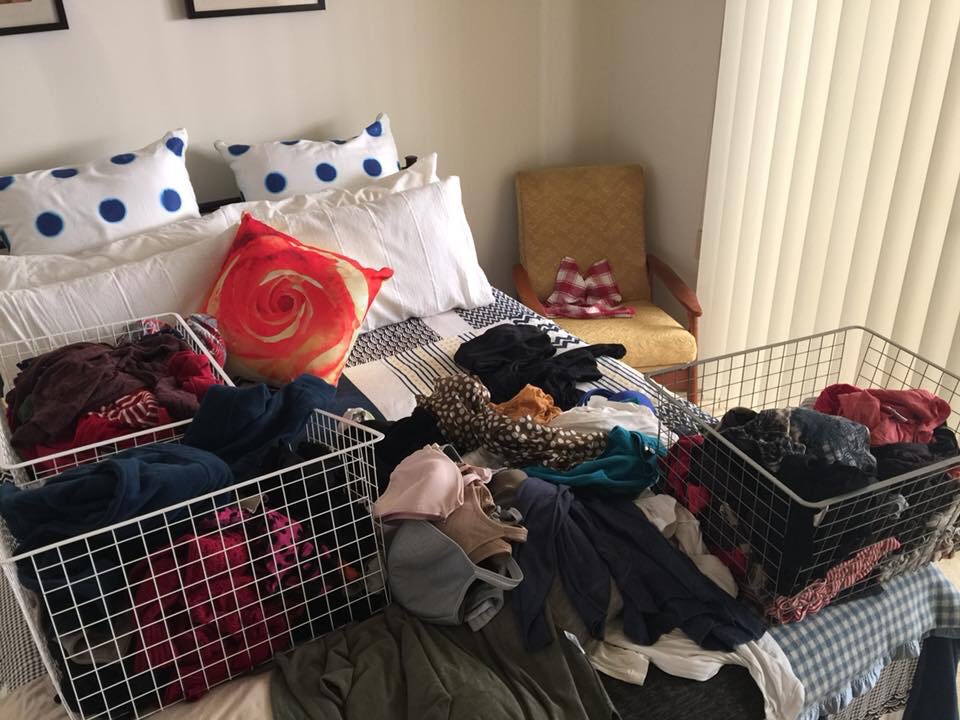 Throwback Thursday – My take on minimalism.

There has been lots and lots (and lots and lots) of talk about the Konmari method of tidying. The Netflix series has  nearly broken the internet! Marie Kondo’s website IS an elegant, simple and beautiful place. She IS elegant and beautiful. In preparing for this post I got lost looking at her clips for folding socks and underwear. It’s very alluring!

I was out with friends recently who were talking about how its really helping them get tidy. I can see it’s appeal and how it’s a good starting point to get things organised in your home. Not everyone agrees that it’s simply a quest to be tidy and see a more disturbing side. This article in by Erin Stewart in Overland challenges the ideals offered by the Konmari approach. Erin confronts the idea that the people who may have “messy” spaces as being lazy.

Another view is that as non-Japanese people; white, western culture cannot really understand some of basic philosophy behind her finding of “joy” in objects because we don’t share the same spiritual beliefs. This lack of empathy or understanding have led to people being critical of Marie Kondo’s success through cruel memes and comments that ridicule her Shinto background.

Even though Kondo delivers her dictates in the gentlest ways possible (I watched her show with the subtitles on; they kept saying she cooed), the message was clear to me: White people are comfortable when a woman of color takes on a stereotypical service role, but they are uncomfortable when a woman of color deigns to upend our unspoken societal rules. Even if she gets a bunch of men, who’ve left all the emotional labor of managing the daily stuff of living to their wives, to actually pitch in — even if people have padded too much into their lives and she helps them enjoy what they have again — it’s not enough. Unconsciously or consciously, Kondo had struck a nerve.

from Margaret Dilloway On assignment for HuffPost 22/01/19

It’s worth having a look both sides of the argument.

I’ve written about minimalism and my quest to live a more simple life previously but I must admit my skin still prickles a bit about this subject. I still think it’s something that only the more privileged in society can embrace. Being tidy is an option for everyone but getting rid of perfectly good things because they don’t bring you “joy” is a different matter. I haven’t read the book and only glanced at the website but I understand the basic idea is that you only keep items which bring you joy and discard, donate or sell any other items. In my mind minimalism and tidiness are two separate issues, although to be tidy you need less stuff than you have storage spaces.

I think it’s better to start off with the philosophy of not bringing things into your home in the first place and only replacing it when warranted. Rich people sitting on the floor because they have given away their furniture is just plain silly! Getting rid of the thirteen of the fourteen handbags you never use is a different story.  Not buying new towels (or whatever) every season is sensible.

The links below will take you to my previous posts.

Digital Ephemera and the cloud keepers: A fictional look at the future post-minimalism

Consuming interest: A report on my challenge to not buy anything new for a year.

Now… right now… I am going to go and make my t-shirts stand up!

This post is another occasional series I am starting. Throwback Thursday where I will link to my previous posts to current issues/ideas.