My, my the year goes quickly when you punctuate it with monthly Furious Fiction entries! This month I am pleased to say, I was able to use the prompts to progress my story about Frankie the Flamboyant dresser. It’s getting a bit darker than I had originally anticipated and I hate to say, without meaning to, that I am beginning to appropriate the plot line from the Handmaids Tale! Oh dear!!

This month’s Furious Fiction prompts were:

This story was written in less than 2 hours on Sunday night. I got back from my Broken Hill road trip late Friday night and had heaps to catch up on Saturday. I was not going to enter but the prompts were an easy target this month.

Justice O’Mallory hung his wig and silk gown on the coat stand as he surveyed the drab congregation gathered in his wood-panelled office.  Normally a loquacious host, O’Mallory was wound up and on edge because Jeremy, his clerk, had brought along an unvetted guest, Thomas Ball. No one had ever seen him before, but it was clear he was not one of them.

The presence of this Ball fellow was problematic. Firstly, it meant the gathering was now twenty-one and not twenty people. O’Mallory could imagine tomorrow’s headline – JUDGE BREAKS GATHERING LIMITS!  Secondly, it meant they needed to be exponentially more careful about what they said.

This particular band of silks, once considered a little left of centre, were now bold subversives. Ever since the Ultra Conservative Party had come into power, the “Silk Pyjamas” as they called their troupe, were fastidious about who they let into their weekly soirees. After all their whole object was to find a way to overturn the Government.

While there was no need for an elaborate cover story to explain their being in Chambers late at night (what was more normal than a group of red-nosed legal eagles getting smashed on a Friday?), there was a need to ensure no-one was around to rat them out. Who knew where Thomas Ball fitted in? For all O’Mallory knew, Ball could be a UCP spy!

The UCP had burst onto the scene during the Pandemic with their promises of a return to the “Old Normal”. The changes they made to the laws were incremental. Under the guise of a widely lauded pro-environmental, anti-consumerist platform, their first Parliamentary Bills were to enact a strict monochromatic dress code (The Fashion Laws). Next, other civil liberties like freedom of movement, and freedom of association, sensible to stop the spread of the Pandemic, remained in force long after any community transfer of the virus had ended.

The leaders of the UCP had been very clever. Trading on the simultaneous moods of hysteria and complacency within the general populous, they had essentially locked down democracy without it even being debated.

O’Mallory sat in his Chesterfield swirling his whiskey, and reviewing his day. He’d sent yet another poor sod to gaol for wearing brightly coloured clothes. He sighed, it was unjust. He knew for a fact that the UCP hacks secretly wore red boxer shorts. It was their hypocritical trademark, reminiscent of a Masons’ apron.

Caught up in his thoughts, O’Mallory’s reverie was broken when Jeremy and Ball approached.

“Your Honour, I know I was out of line bringing Tom, but I knew you’d want to meet him”.

As Tom sat down next to O’Mallory, his pink socks flashed from under his grey trousers, he didn’t try to hide them.

“Tom is that investigative journalist we’ve been looking for. The one with the whistle in his pocket… the one who’ll blow the UCP to the moon!”

The next step is to get Justice O’Mallory and Frankie in the same room together with Tom Ball. This might be a bit tricky since Frankie is in gaol. After that, several of the high ranking politicians will be found en flagrante in coloured dress ups and the Fashion Laws will be quickly repealed to prevent them being gaoled. I am thinking there’s three more chapters at the most in Frankie’s story. After that I’ll link them altogether and publish it as one long story. That’s a job for 2021! I might not be writing a winner but I am having fun. 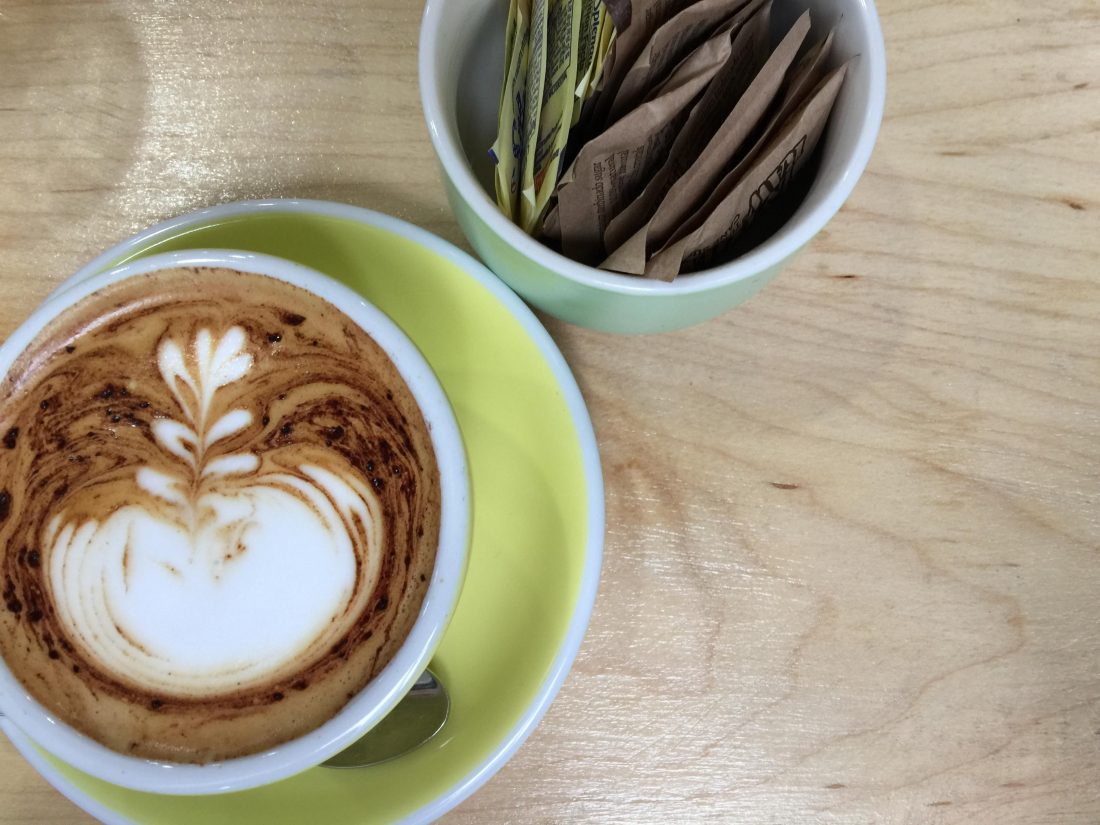 When I first started writing, I was part of a Writers’ Group. We would get together once a month for a “meeting” hosted by members in turn. We would discuss our own projects, give some constructive criticism to each other and generally give support and encouragement.

At the end of each two-hour meeting we would have a fifteen-minute creative writing challenge based on a prompt suggested by the host.  I wrote this short fictional piece in response to the prompt to write something from  the point of view of a single sense. This one is based in the sense of smell. I have only done a light edit. Not bad for a fifteen-minute burst in my opinion! I might go back and have a go at the other senses as well.

The coffee welled up inside my head. Deep, rich earthy and warm. It smelt like a morning. A late morning, but a morning no less. It was time to get up. Time to start the day.

I pulled back the sheets and the raw aroma of the previous night’s sex wafted up from the linen. Sweaty, slightly fishy, not yet unpleasant. I thought about the time we had spent entwined in each other’s arms. Hesitant at first, then with reckless abandon that seemed embarrassing now in the coffee rich morning. He had smelt of rum. Rum with coke. Sweet, spicy and heady. The very thought of it made me quiver again.

The hot water took a long time to emerge from the tap. The chlorine, pungent and clean, drowned out the fresh citrusy bursts from the soap. It was like this in the winter. The chlorine did not have the energy to evaporate and clung to the water like a silver coat; lazy and slow.

I washed the sex away reluctantly. It had been a long time. A long time since I had smelt a man on me and in me. I lingered a little longer than necessary on the folds of my body and began to relive the passion.

The knock on the bathroom door snapped me back to the now.

Oh, that’s right! I wasn’t alone this morning. Not like the years of mornings that strung together in an endless stream before this morning. That’s why it smelt like coffee! There was another somebody in the house and he was making the coffee. Deep, rich and earthy.

How would it be now that the beer goggles were smashed by sobriety and the harsh winter light.

What would I say? How would I act? This was worse than the first time! At 15 I had all the confidence of a goddess who bestowed precious gifts on the lucky. Now it was I who felt lucky – that this rum-soaked man had seen me despite the invisibility cloak of menopause and maturity.

I slid the door open a crack. There he was, coffee in hand, in trousers but no shirt. He was older than I had thought. Grey speckled hair, his skin half a size too big for the muscles underneath. But he smiled and his eyes shone. He handed me the coffee. He looked awkward and shy.

“Have you finished? He asked pulling a face “I have to pee!”

That’s how it was going to be – relaxed and friendly. I remember this. It was a start. Perhaps there’d be more coffee in the mornings.

What …with planning a big adventure to Scotland and all my creative energy directed towards travel and photography I haven’t written anything other than blog posts for a LONG time! Here is my effort for the August 2019 Australian Writers’ Centre Furious Fiction Competition.

I give myself the added restriction of if it doesn’t get finished on Friday night I don’t submit it. So essentially done and submitted in five hours!

The shrill, piercing shreik punctuated the dark, quiet air like an ill-placed comma. It disturbed the reverie of the gnarly old writer for only a second, but this was enough to fracture her flow so completely that the shiny, silver lake of ideas that had been swirling in her mind was sucked into the vortex of her brain as is someone had pulled the plug. The story, the line of dialogue, was now a  slithery trail of deceptive fiction never to be found again.

What had sounded like a dying baby was in fact only a peacock, settling in the trees after another steamy day in Paradise.

“Hah! Paradise!” she thought. How that description seemed so distant from the truth. The boundless enthusiasm of youth had been replaced by the scratched and weather-worn psyche of an older, creakier woman.  The entertaining antics of the monkeys, now dull. The massive, crawling creatures that infested her shoes, no longer a source of wonder. She’d been here 25 years. 24 years, 11 months and 2 weeks longer than she had intended. For her, the holiday in Paradise had turned into something very different – a lifelong commitment.

She got up from the rickety table, pushing herself back with ink-stained hands. No computer for this one. She had to take it slow. She had to be more deliberate and carve each word into the paper indelibly with a slender blue pen. The cut and paste needed to happen in her mind before any words could land on that precious paper, fully formed and perfect. Editing was not a simple keystroke away but rather a laborious trudge of rewriting. Editing meant wasting paper, and paper was more valuable than anything she’d ever owned.

She placed the cold and greasy remains of her Sunday dinner on the floor and banged on the door.

While she waited, she farted and enjoyed the sweet and pungent aroma of herself wafting around her, enveloping her with the only marker of self-identity she had beyond her writing.

The heavy boots boomed down the corridor. The top hatch opened, and the eyes peered in.

“Move away from the door,” the warden barked.

The bottom hatch opened, the tin plate was whisked away and replaced by five sheets of paper. Five! It was Sunday, Paper Day!

She danced as she held the sheets tightly to her chest. Not too tightly! She didn’t want to crease them.  She glanced at the other 6500-odd slivers of joy in the corner of her cell. They groaned under the weight of tightly-packed double-sided scrawl. The once bold script faded, in the same way her initial rants and protests had faded into a jaded acceptance.

The judge had said “Life” when he had banged that gavel. Life? This pile was her life!  Would it be as tall as her when they shipped her out in a box? She did the maths. Ten reams to go. She’d run out of time.