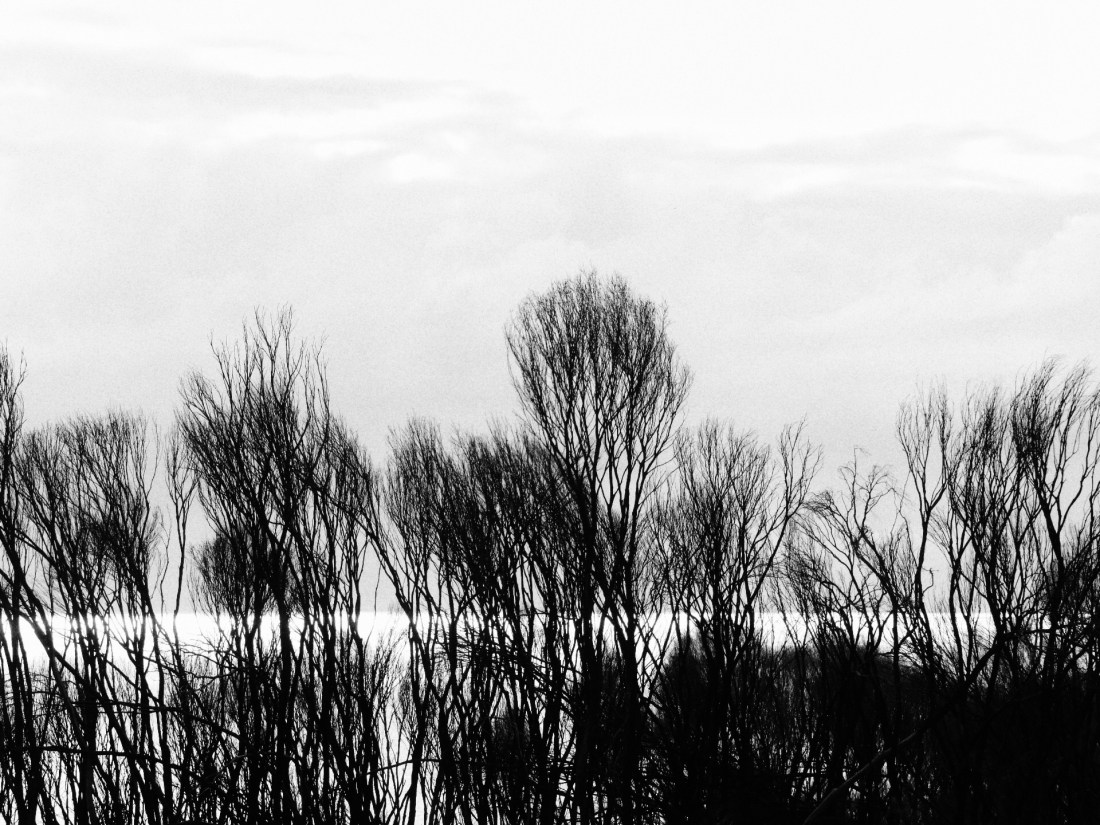 The Light to Light walk is a 30 km (one way) route that hugs the coast in Ben Boyd National Park. The Park is on the very far south coast of NSW and near the town of Eden. Being less than 100km to the Victorian border, Eden is a “bubble town”, that is in these times of COVID, special rules apply because people in the area do business with both states. I was back in Eden unexpectedly as my Great Southern Road Trip plans were disrupted because of a COVID lockdown in Victoria. This meant I needed to scurry very quickly back to NSW or risk not being able to get into Tasmania.

The walk can be tackled from either end. The NSW National Parks and Wildlife Service recommend it as a multi-day walk and there are several campsites along the route. They also offer a shuttle service so you can park at one end and start from the other. You can see their website for information about this.

A few days ago I did a 16 km there and back walk from the Green Cape Lighthouse to Bittangabee (Bit-tan-ga-bee) Camp Ground and today because of the change in circumstances, namely Victoria being in a 5 day snap lock down,  I did the a 20 km there and back walk from Boyds Tower. I have therefore done the two ends but not the middle sections in a pincer movement of sorts!

The walk is rated as a Grade 4 because of its length. The track is well made, mostly loose sandy soil but also some harder rocky sections.

From Green Cape to Bitangabee

It was a cloudy, cool start to the day which was perfect for a longish walk. The goal was to get to Bitangabee and back before lunch time. With frequent photo stops, the return walk took me around 3½ hours.

There are frequent waymarkers and the track map is also available on AllTrails,  although I could not find it on ViewRanger.

From this end the track runs through coastal heath land with lots of twittering birds. I saw flashes of a greenish parrots which disappeared into the ground cover and I presume these were the vulnerable eastern ground parrot. Aside from this I also saw a small marsupial perhaps a potteroo, a wallaby, some lyrebirds, black cockatoos, bugs of various sorts and plenty of wildflowers. 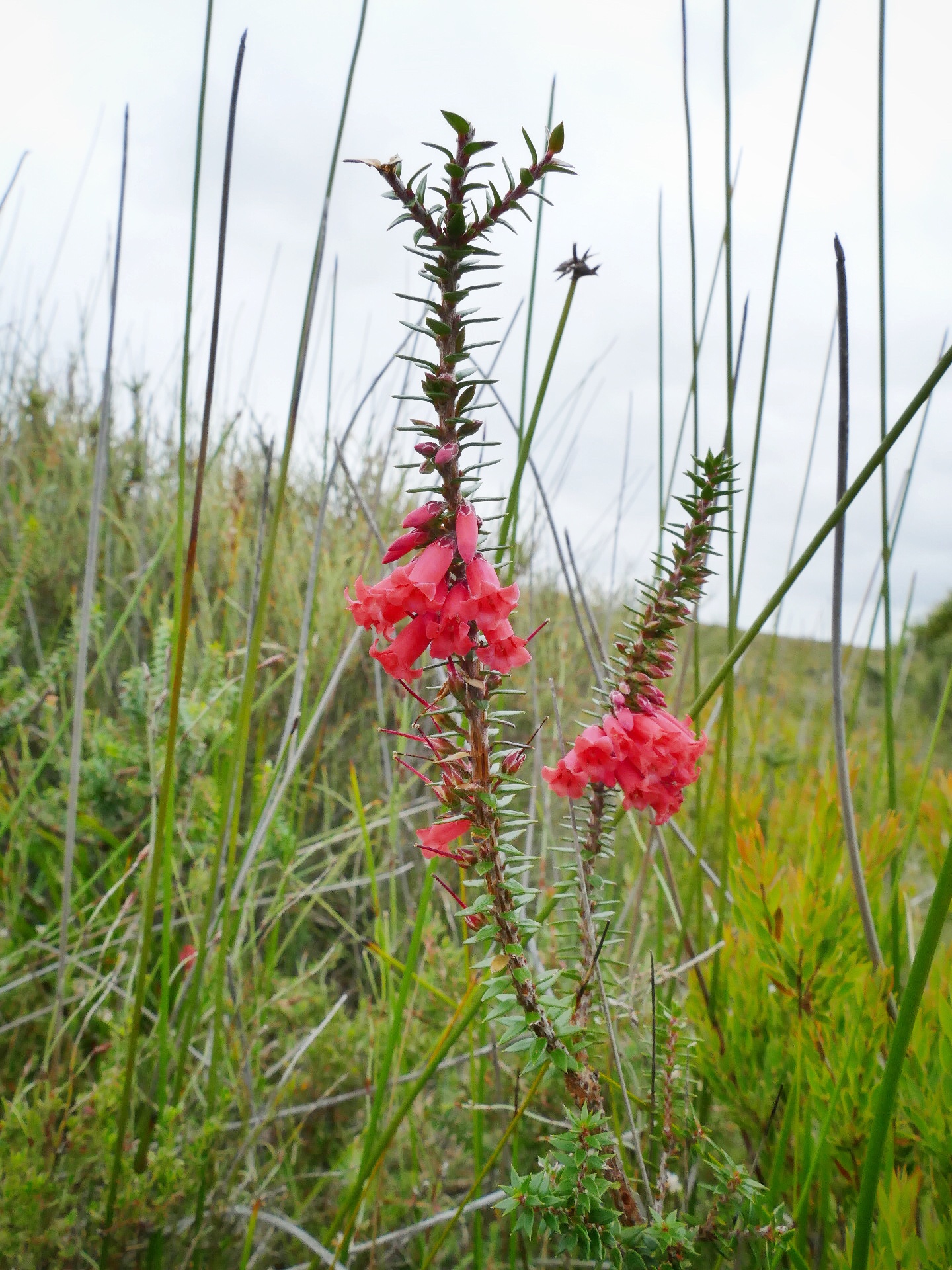 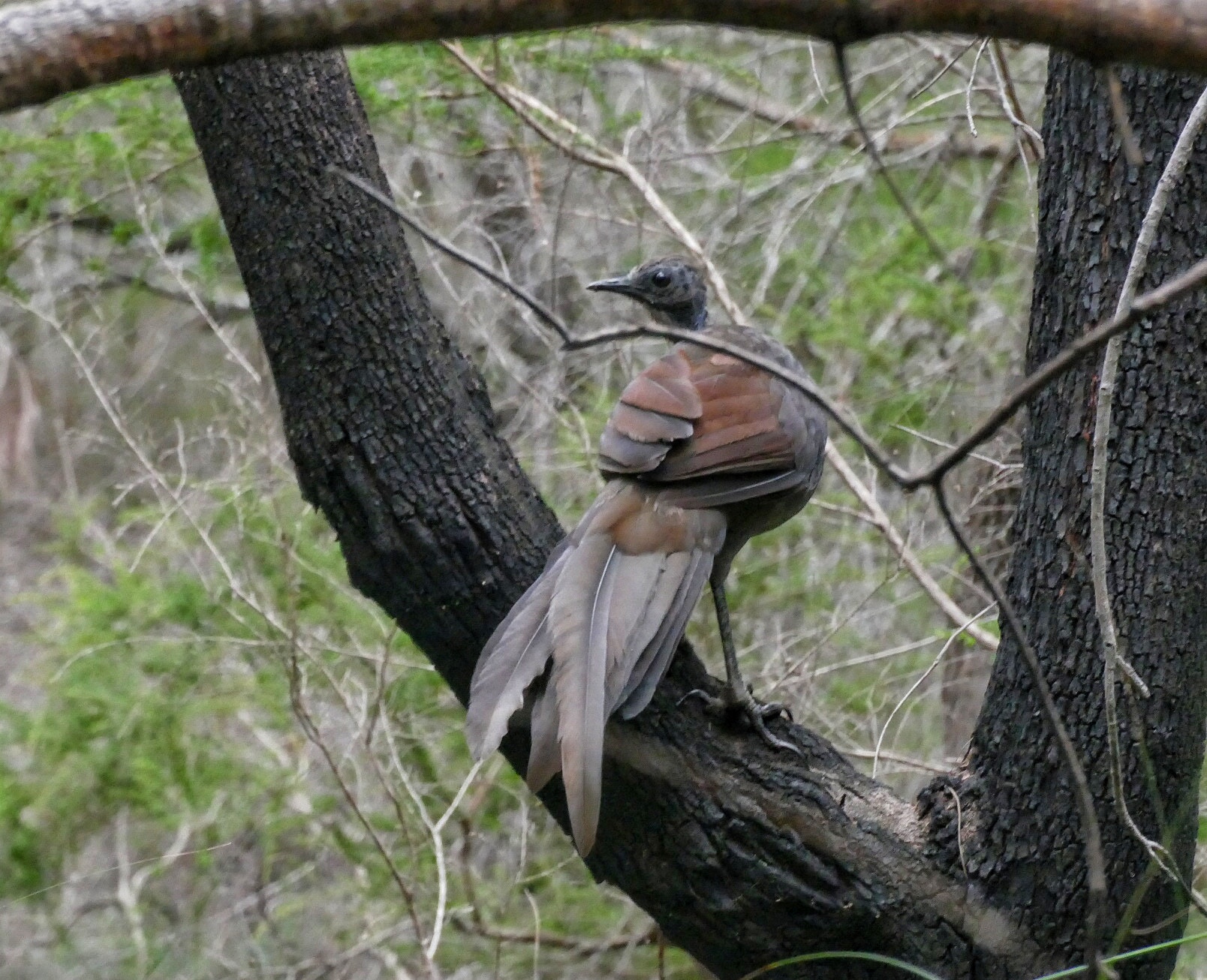 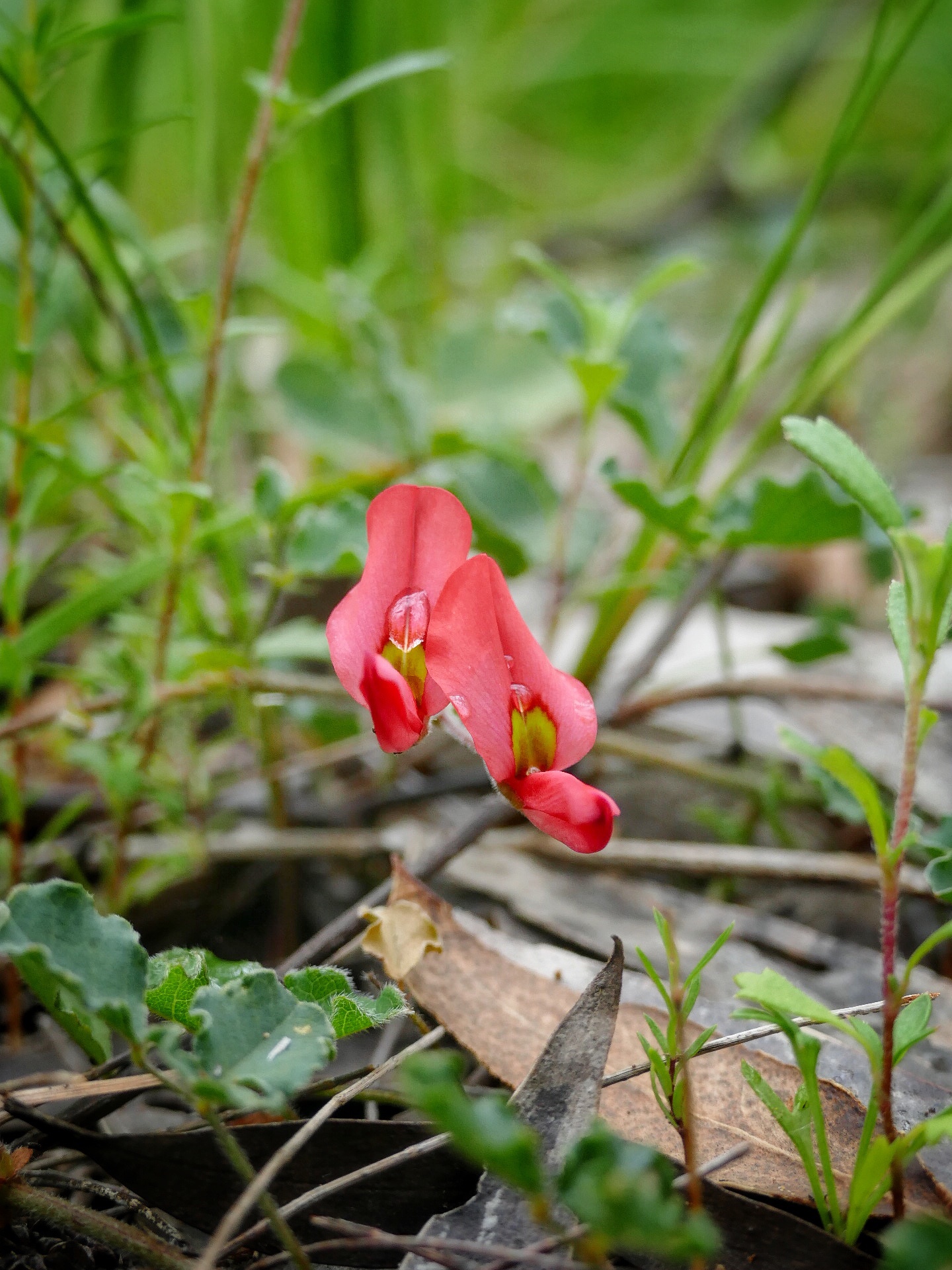 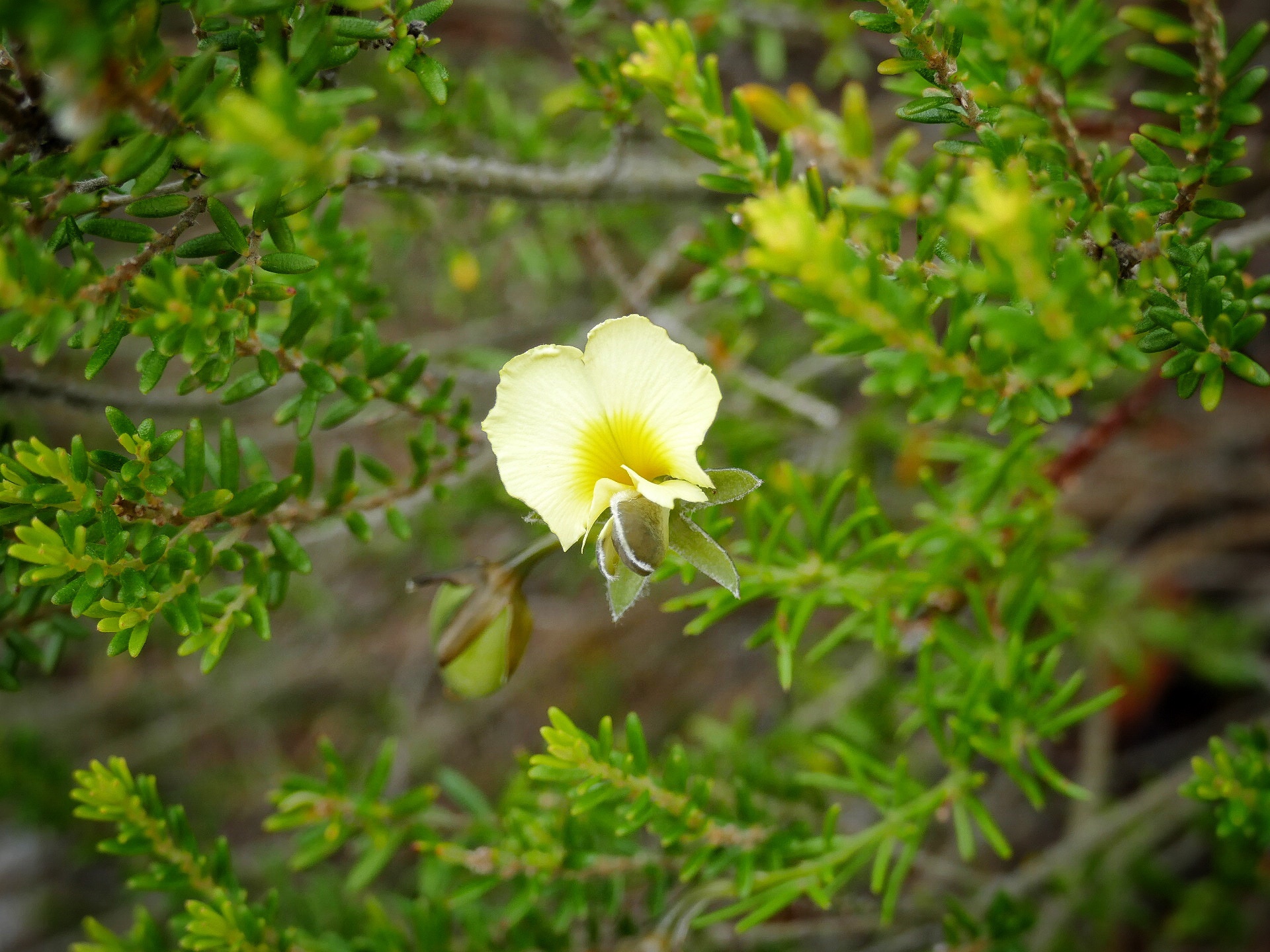 The track was a fair distance from the ocean and although there were a few ups and downs it was more or less level.

On this leg, which came as an unexpected treat due to enforced changes to my holiday plans, I decided to do ten kilometres (or 3 hours whichever came first) out and then return. I was not really sure where this would get me but I thought 20 km was enough for one day. It was a much hotter day and the sky was mostly clear.

Boyds Tower, built in 1847,  is a rather elegant sandstone structure that was never actually a lighthouse. Although built with the intention of being a lighthouse,  permission was never granted  and it ended up being a whale spotting tower instead. I guess Light to Light sounds much more poetic than Light to Whale Spotter!

The track  is still relatively flat and sandy  but this area was devasted by the January 2020 fires and the ecology of the bush land, greatly changed. Catherdrals of tea-tree are burnt out remnants, weeds have taken over and there is very little shade for the first five kilometres. However on the bright side, if there could ever be a bright side to these climate change induced fires, is that the reduced vegetation has opened up expansive views of the ocean and the rocky foreshore. 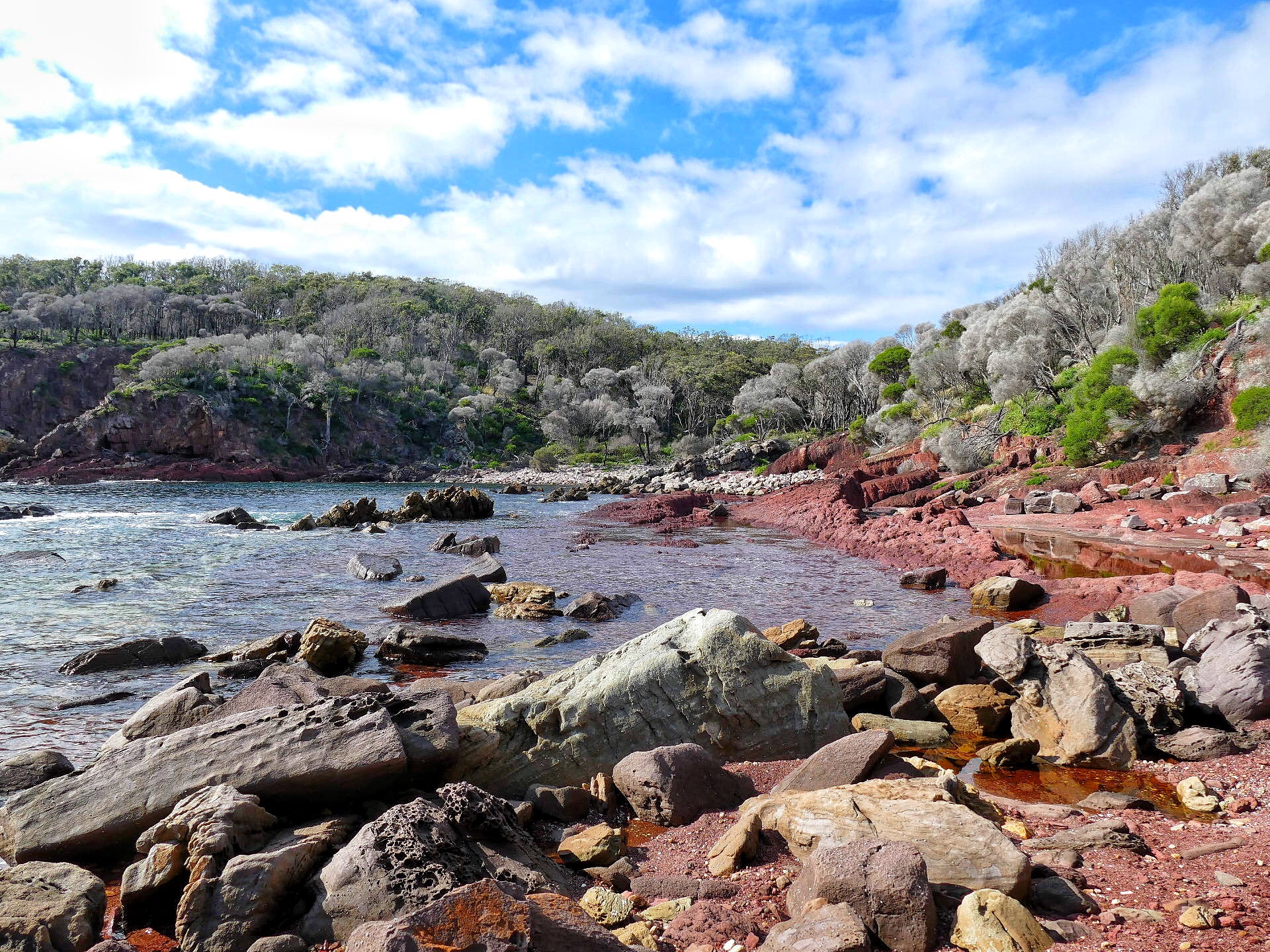 And oh what a foreshore! Geology nerds get down there! There are massive, varied colored layers of sedimentary rocks with easy-to-see folding,faulting and tilting. The base layer (or rather the lowest layer you can see) is a rich rust red with a lighter grey-green layer over it. The red is more friable than the greenish layer and there are deep cut outs where the waves have eroded the material.

As part of the walk you cross several rocky beaches and a striking beach aptly called Red Sands Beach has small smooth red pebbles rather than sand. Mowarry Beach on the other hand has soft, squeaky white sand. The water by contrast is clear and either deep sapphire blue or ultramarine in areas where it has a white sandy bottom.

I saw and heard fewer birds in this section of the walk but did see three large goannas and lots of locusts and dragonflies.

There was a small asymmetrical daisy-like flower which was a haven for bees and butterflies and it seemed to be benefitting from the lack of tree cover. 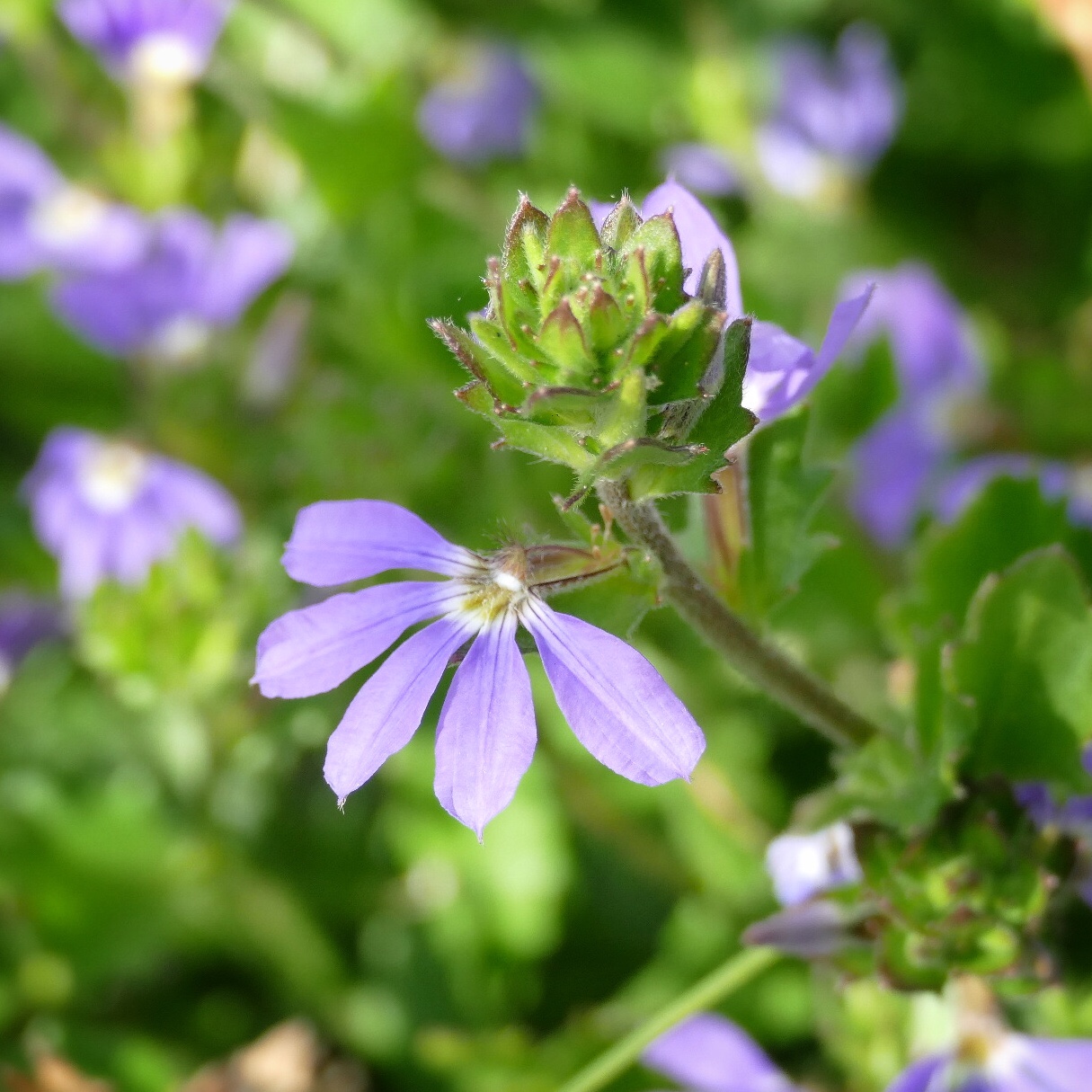 As this section had been so fire affected many of the waymarkers were missing or badly burnt and I needed to refer to the AllTrails map a few times to confirm the direction as there were some other criss crossing paths. 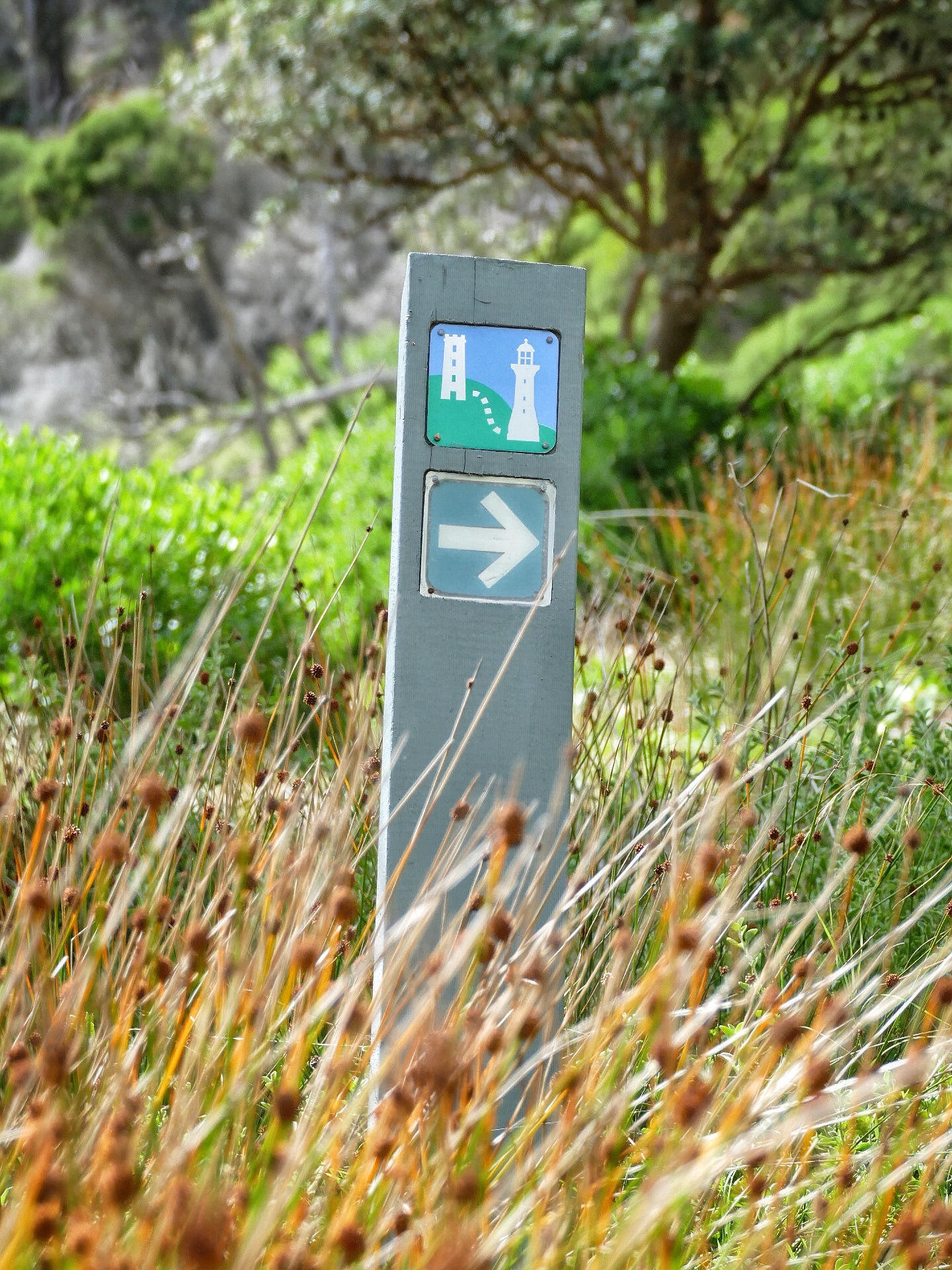 Fees, toilets and that sort of stuff

Unless you already have an Annual NSW National Parks and Wildlife Park Pass, you will need to pay the park use fee of about $9 per day. If you intend on camping there are also fees for this and bookings are essential.

There is no fresh water available for day use or campers so make sure you carry plenty. The National Park website is a good source of information.

If I had known I was going to have some extra time in this area I would have planned to do the whole walk.

The views are certainly worth the effort! 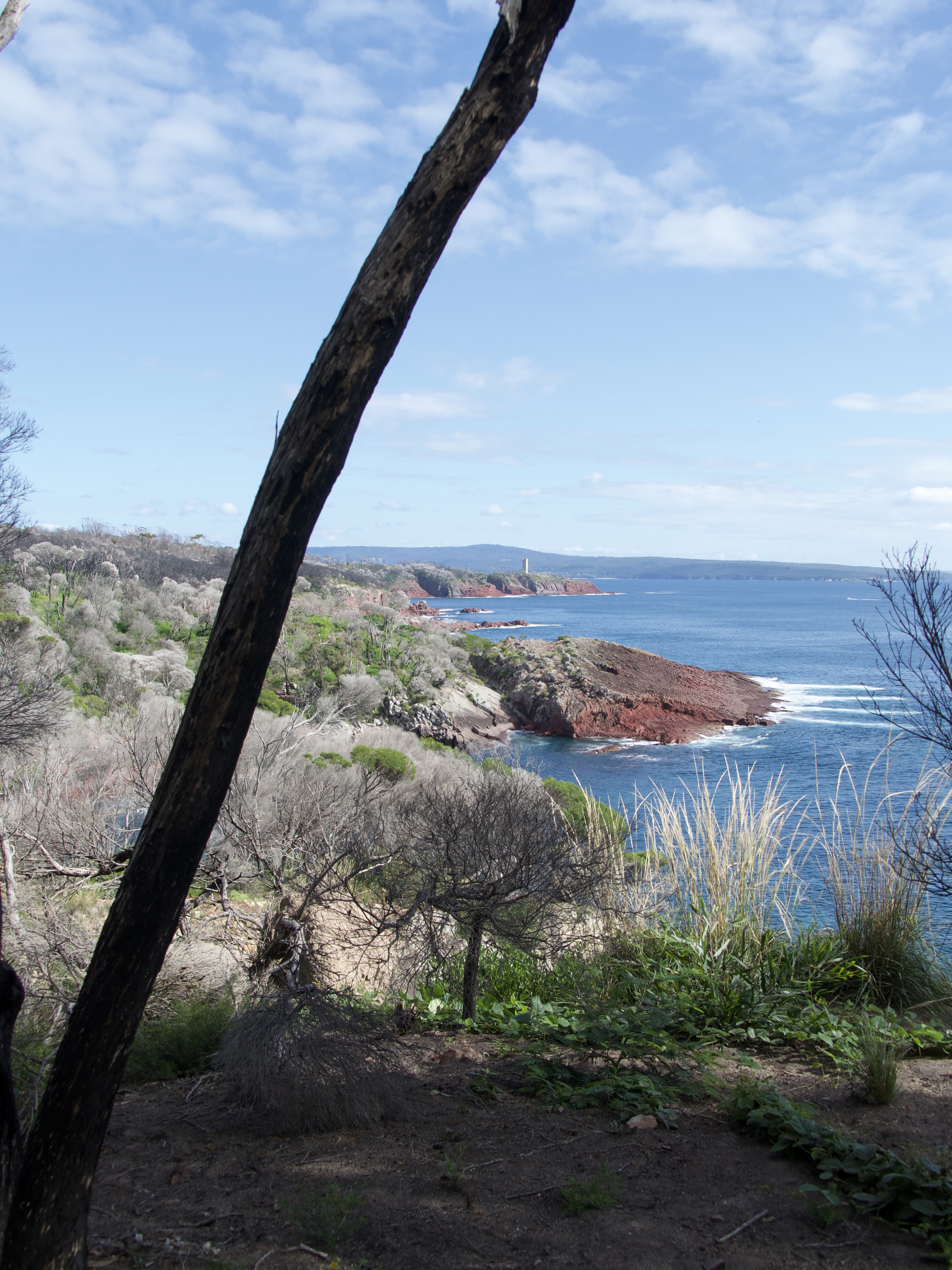 Continuing on the theme of fires on the NSW South Coast. Once again this clip is from Narooma, a village about 4 hours drive from Sydney. I used to spend holidays there in my early 20’s. I have plenty of fond memories.

These areas rely on tourism, especially in our summer school holiday period so they will be doing it tough. The main crisis has passed now, but the people in this area need to put their lives back in order.

Support them if you can.

All footage on iPhone SMAX edited using iMovie on my phone.

Last week I finished up a full year of a Photo of the Week challenge. In the spirit of adventure, I am going to morph this into a video challenge. I am challenging myself to create a short (1 – 5 minute) mini-documentary each week. Or as I like to call them Chookumentaries! (It makes me laugh!)

To get a head start I will use some archival footage I have shot “on location”. Some clips will have already appeared on my Facebook page, so apologies to those who have already seen them!

I will most likely knock them together with my iPhone and iMovie so they may be rough and ready. I’ll use it as an excuse to experiment with a few other video creation apps as well.

Wish me luck! The theory is that I’ll get better with practice! Oh and I’ll make a new graphic for Week 2, I wanted to use the same one for this week before heralding the change in format.

Week 1: Ashes in the Sand. Smoke in the Sky

This clip of the NSW bushfires was filmed in Narooma while I was on deployment for the State Emergency Service to support the local Rural Fire Service. This area, the Eurobadalla Shire, had been badly hit by fires on New Year’s Eve and was facing ongoing issues from falling trees.

Active fires were still burning in some areas.