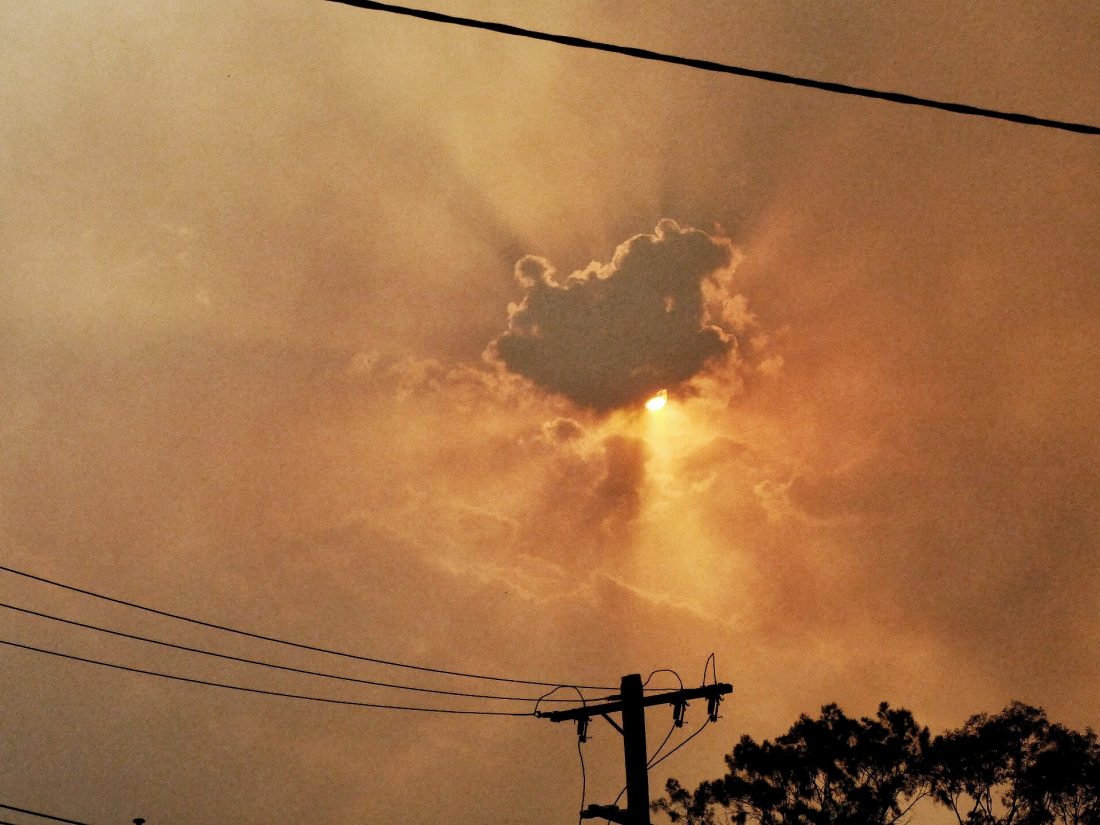 The day of the disaster

On Friday, I posted about my feeling of foreboding as we approached a weather day that would bring worst-case scenario conditions to the south coast of NSW. It was going to be hot, windy and with low humidity. I hoped that somehow, the (actually) reliable Bureau of Meteorology had got it wrong.

The temperature on the fire ground near where I am stationed varied from 34 to 44C. The prediction for wind speed and humidity were on course. Penrith near Sydney, would, by the end of the day, record the highest temperature in the WORLD clocking up 48.9C (120F)

The mood in the EMC started off tense but confident. Calls came in at a steady but manageable pace. The Comms team had time to make coffee or grab a comfort break without interrupting the necessary logging of team movements. At 11:30 the pace began to speed up. The 000 call Centre began diverting two or three messages at a time, then four.

By 12:30 we were not keeping up with the computer logging system and it was causing frustration when it “refreshed” at frequent and more inconvenient intervals. By 13:15 it was totally unmanageable. Thank goodness for pen and paper!

The EMC staff and volunteers hummed with a beam of activity focused on the goal of getting resources to the spot fires that were beginning to break out. The pattern of multiple calls for nearby locations broken suddenly by a call from a more distant area. Flying embers were doing their evil work. Flame heights were getting higher and higher. Twenty-metre sheets eclipsed by 40 to 50 m monsters.

Then the dreaded message

Get the (water) bombers NOW!

The room became silent, people clustered around the comms station. The wheels ticked and the orders came

People in their colourful tabards went about their duties calmly but quickly. No-one ran, no one panicked. They were trained for this. The police organised the road closures, the aviation ops team launched all available assets and fire crews were diverted from other positions. If the fire travelled too far from Bendalong Road, the township of Tabourie Lake would be no more.

Then a few minutes later

No other radio call can stop a room dead in its tracks as quickly as these words do.

A crew was about to be overrun by fire.

It was unclear exactly what “place” they were in. As tense seconds passed there was radio silence. Nothing. It was still. The crowd around the radio was leaning in, wishing they could squeeze themselves into the microphone and pull the trapped crew through the airwaves. We waited, hoping to hear something from that microphone. Seconds more ticked past.

The ops manager hailed the crew. Nothing. He hailed again.

A breath sucking pause later and the crew’s Captain responded.

All safe, the fire had passed.

The collective gasp and back-slapping continued for a split-second and then everyone returned to the duties of controlling a huge fire hunting down a town.

Support was dispatched to the crew and apart from a minor burn, there were no physical injuries. By the end of the day, two more firefighters and three civilians had been taken to hospital and two appliances damaged. But, by nightfall no homes had fallen, A few outbuildings here or there, but no-one’s house. (As far as I know)

The relentless heat of the day was squashed by the southerly. A southerly can be a blessing for those hoping to escape the heat of the day but an ill omen for firefighters. The gusty southerly winds that come with the cool front bring thunderstorms. In the microclimate that develops around a firestorm, these thunderstorms form pyrocumulonimbus clouds which rumble like a regular thunderstorm but suck up the embers and dump them down kilometres ahead of the main fire front but bring no rain.

The southerly did come and it did stir up the fire but my shift had ended so I don’t know what went on in the EMC. I don’t know what happened to the crews I had been tracking during the day. I hoped they had got home for a sleep. I hoped no more had been hurt.

I walked around town with my camera in the quiet, eerie dim light as the southerly pushed smoke into the town and turned it into a pool of orange dread. I wandered for a few hours breathing in the smoke, thinking I shouldn’t, but fascinated by those clouds.

I couldn’t sleep. I worried about the people whose fates I had not been able to follow. The ones who had gone to hospital and who were later (unbeknown to me) released to go home to their families. I worried about the team who had been bathed in fire. They might not be hurt but how would their dreams be tonight? Could they rest? Did they have someone to hold them and listen to their story? 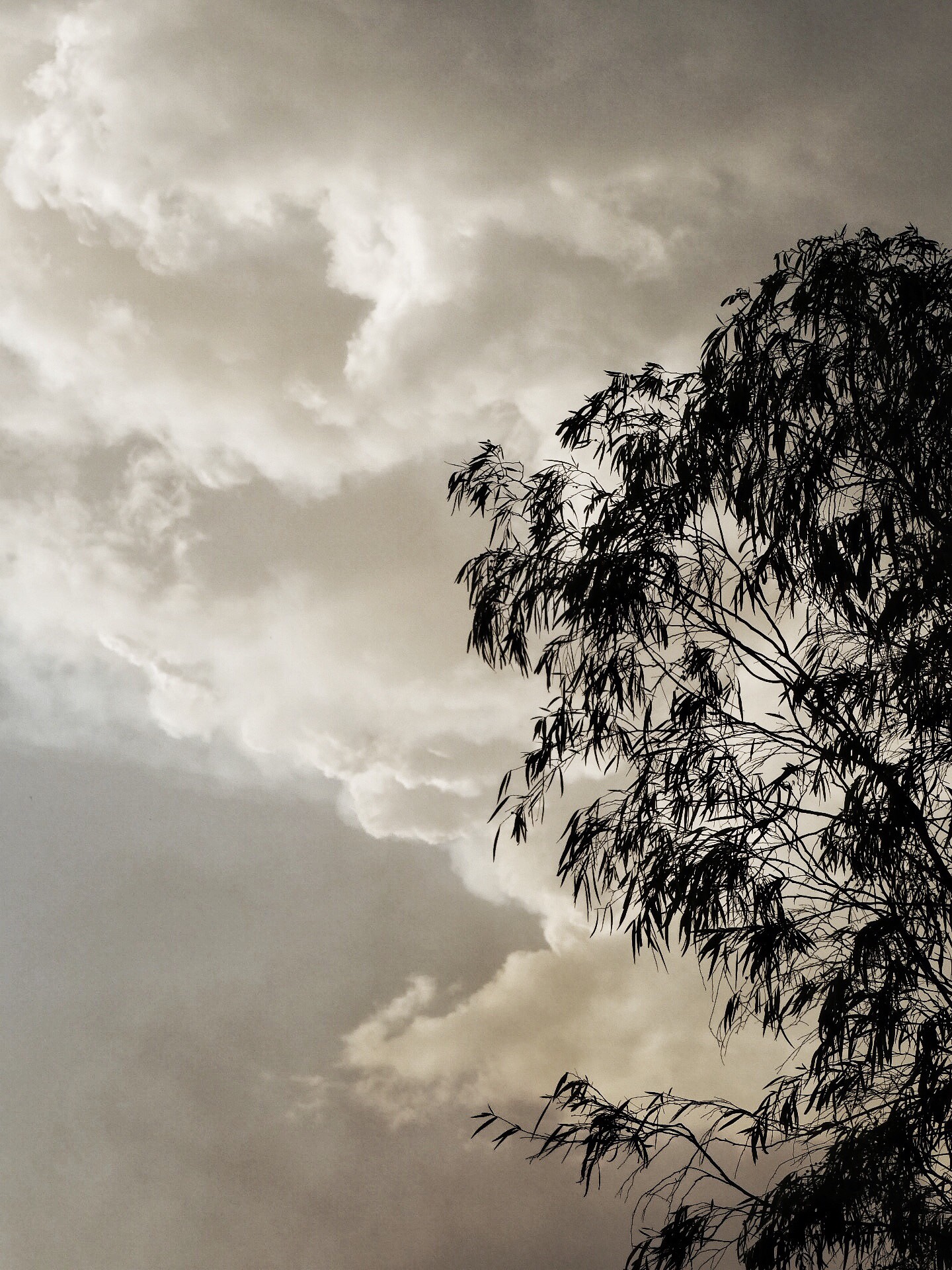 As I logged on for my shift this morning, I learned that the two fire fronts north of Nowra had merged and that the southern fire near Tabourie was still active. Crews would need to be in two places at once again.

Today was my last day at the EMC. I’ll drive home tomorrow. The weather was much more benign today. Cool and windless. Overcast with real clouds and not just smoke, the humidity rising to 100%. The fire continued, but today it was not as ferocious. At least it was not hunting towns. It had other assets in sight. We had a full comms team and I probably didn’t need to be there. I’m glad I was. The easier pace allowed me to calm down and get things into a better perspective. Bad things happen in big fires. People do die and one person did yesterday in a fire not too far from “ours”. But today no-one died, a little bit of rain fell and the firefighters got to have a rest. The fire will burn for many more days and it will probably flare up to be another raging dragon unless significant rain falls.  I will watch it from afar as others take my place to relieve the local crews who become more and more exhausted. 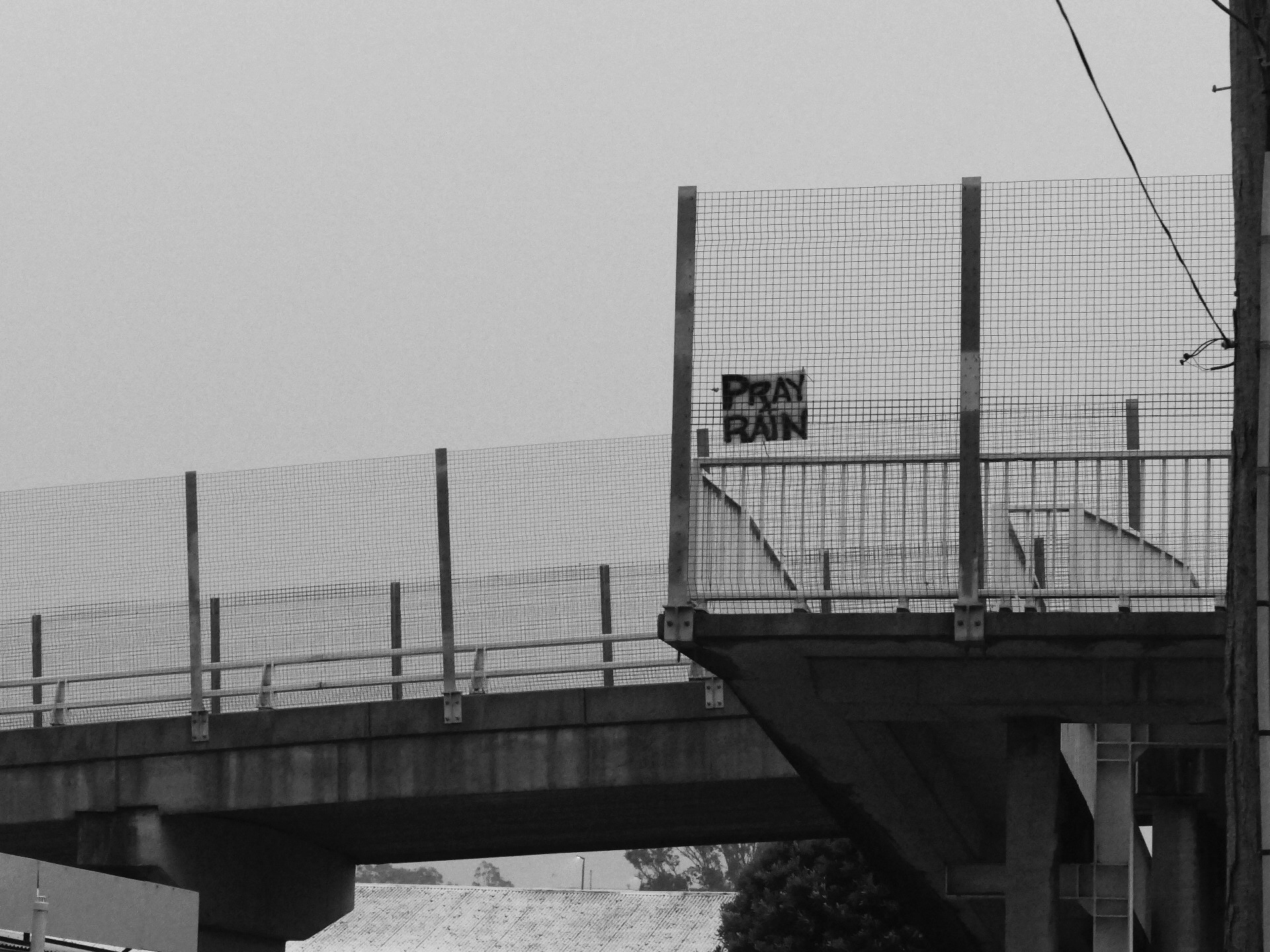 As I left the Centre, I had to wait as a stream of volunteers from Queensland’s Rural Fire Service unloaded from a bus. Their big boots dragging a little and their full kit bags wheeling along behind them. They were weary but energetic. They’ll get a good sleep tonight and will be ready to assist in the morning. I guess I am tired but that stream of yellow and green,  brought a tear to my eye. They’re a long way from home but I bet like me, they felt privileged to be able to help.