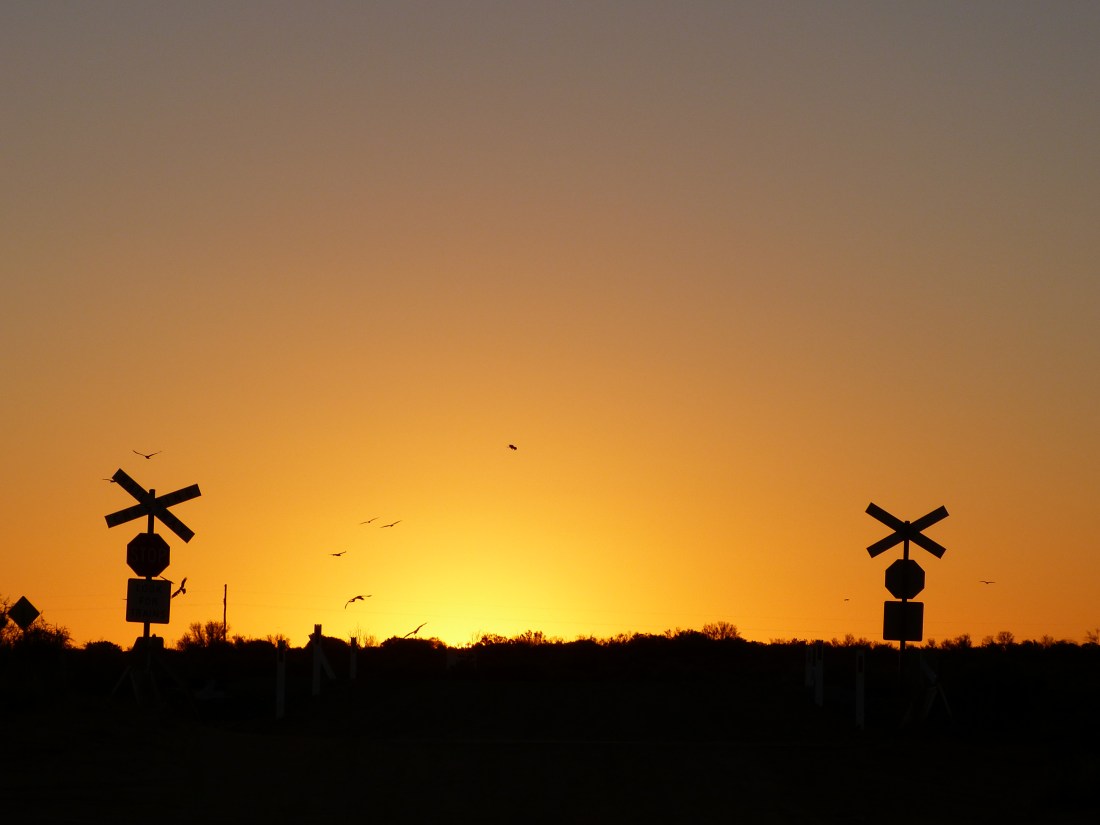 This post is the first of what I hope will be a continuing series – Longer Tales from the Road. Episode 1 is about Menindee.

For those who have been reading my posts for a while, you’ll know I am a strong starter but often trail off so who knows how long it will last! Examples in point are my series on Wollongong, and then Eco hacks. Come to think about it I never wrote the last two posts about coffee either!

With my Great Southern Road Trip on the horizon, I thought it was a good time to start this occasional series. These stories will not be about the travel per se, but longer tales from the road of the places I have visited and the interactions I have had while road tripping around this big island.

I usually travel solo but on this road trip to Broken Hill in June 2020, I had a travelling companion, Michele, my work buddy.

Enough of the chit chat let’s get started.

Episode 1 – A day trip to Menindee

Today’s travel itinerary includes a day trip across to Menindee from Broken Hill. It’s a little over an hours drive on a sealed road.

The township springs up out of the dirt necessitating a rapid deceleration from 110 kph to 50.  The town is dusty, brown and straggly. The streets as dotted with small houses with tin rooves, and fibro sheeting. There are some with rebellious green gardens while others stopped fighting nature long ago, and have let the heat win. The brown yards are adorned with an interesting array of various statues, rocks or junk.

As we slow down we see a couple of people sitting on plastic storage boxes at a table by the side of the road. They looked bored, one is on the phone,  the other tossing a water bottle in the air.  There is a blue sign declaring FREE COVID TESTING. These bored people are with the Royal Flying Doctor Service and they’re providing a vital service to remote communities and travellers.

Once we parked the car, Michele and I crossed the road to offer to buy them a coffee, after a warm thank you, they declined. We were not the first to offer and they had had their fill of caffeine for the day. Anita and Helen are Flight Nurses with the RFDS and for the past 4 months, their normal duties have been replaced with a mobile COVID testing service. Each day they move from tiny town to tiny town testing townsfolk and people driving through. They average 4 – 6 tests a day with the results returned by SMS to the client in 24 – 48 hours. Results for Aboriginal people are rushed through because of their higher vulnerability.

I have to admit I felt a bit choked up about this and had a real “I love Australia” feeling flood through me.  Free rapid testing, 500 km away from the nearest big city with less than a day’s turnaround?!  Now that’s a wonderful thing! Thank goodness for Medicare!

(US citizens take note: Over a certain income level all Australian citizens pay a 1.5% levy to pay for free or subsidised health care for ALL.)

Anita is based in Broken Hill, but Helen, a Queenslander, had been stuck in NSW for 4 months. The original six-week secondment had been extended because the Queensland border was closed. She’d been separated from her family for all that time but was grateful she had her two dogs with her.

We stood and chatted about their experience and commitment to public health. Helen was hoping to source a Gate Code to get through the Dog Fence from someone, somehow so she could get back home.

Now here’s a bit of Australiana I knew nothing about? A dog fence? I’ve heard of the rabbit-proof fence but never the dog fence.   As it turns out in this northwestern corner, where the New South Wales, South Australian and Queensland borders merge there is a dog fence. The aim is to keep dingoes north and away from the sheep and cattle.

Apparently, it is more successful in keeping the people and kangaroos in. The fence is usually just shut with a series of gates, but because of COVID and border closures, the gates are now locked tight with digital padlocks and you need a code to open them. If Helen did get a code she would have to contend with flooded roads because while 2020 brought the virus it has also brought welcome heavy rain.

After 15 minutes or so we crossed the road and got some lunch.

Why would you go to Menindee?

Menindee has a sign posted population of 750.   There is certainly enough to keep you busy for a day or two and now is the time to do it! As international travel becomes a fading memory, we can at least enjoy a home grown road trip!

You’ll find a pub,  a caravan park,  a school and a corner store/cafe.   The Redsands Takeaway sells food, limited groceries and odds and ends including fishing gear. I chatted with the owner while she made my cup of tea and sandwich. She told me apart from the meals for tourists and truckies, she also prepares fifty lunches and dinners each week for the local (sic) Meals on Wheels in Ivanhoe, a mere 200 km east. They also double up as the school’s tuck shop (canteen) and stick rigidly to the healthy schools’ canteen policy.  This allows the 90 children and 18 staff a bit of variety.  By the way, they also do a pretty good cheese and tomato toastie!

A little way out of town you’ll find the Menindee Lakes a series of freshwater lakes that supply Broken Hill with drinking water. They are also popular recreational areas where the folks around this way come to water ski, fish and swim. The lakes started as natural depressions along the Darling River which filled only during floods. In the period from 1949 to 1968 the lakes where dammed and weirs and regulators installed to control the flow.

The lakes are also very popular with photographers. The flooding of the lakes has left lots of dead trees in the water and there are often spectacular sunsets. I took this image on my first visit to Menindee back in  2013.

Apart from the Menindee Lakes, you’ll also be able to visit Kinchega National Park. You’ll need a 4WD vehicle to drive on the sand and gravel roads.  Even though the road was in good condition there are a few spots where a regular car would bottom-out and get stuck.

The Park has the remains of an old homestead and a wool shed. You’ll find some nice picnic spots along the slow-flowing muddy Darling. It’s amazing to think that people settled here in the mid-1800s. Their lifestyle must have been tough compared to our pampered existence now.

There are significant table grape plantings in the area,  but this industry is in doubt because of a lack of water security. I won’t go down that rabbit hole in this post, but there is a great deal of controversy about water rights along the Darling River. The river system has a total length of over 3,000 km with its origins in Queensland. It feeds into the Murray before flowing through Victoria and then onto South Australia. After every state takes their bit there is not much left draining out to the sea. Original settlers used steamboats to move cargo from Queensland down to South Australia, but the variable and unreliable water supply lead to many disasters. The variable and unreliable natural flows have been exacerbated by over-allocated water licenses.

As I write this another 4 months down the track, with COVID almost done, in Australia at least, I wonder how Helen went. Did she get a code? Did Helen and her dogs get home to their family? As it turned out we met Anita again two days later when she was in Wilcania.

This time she did accept our offer of a coffee.