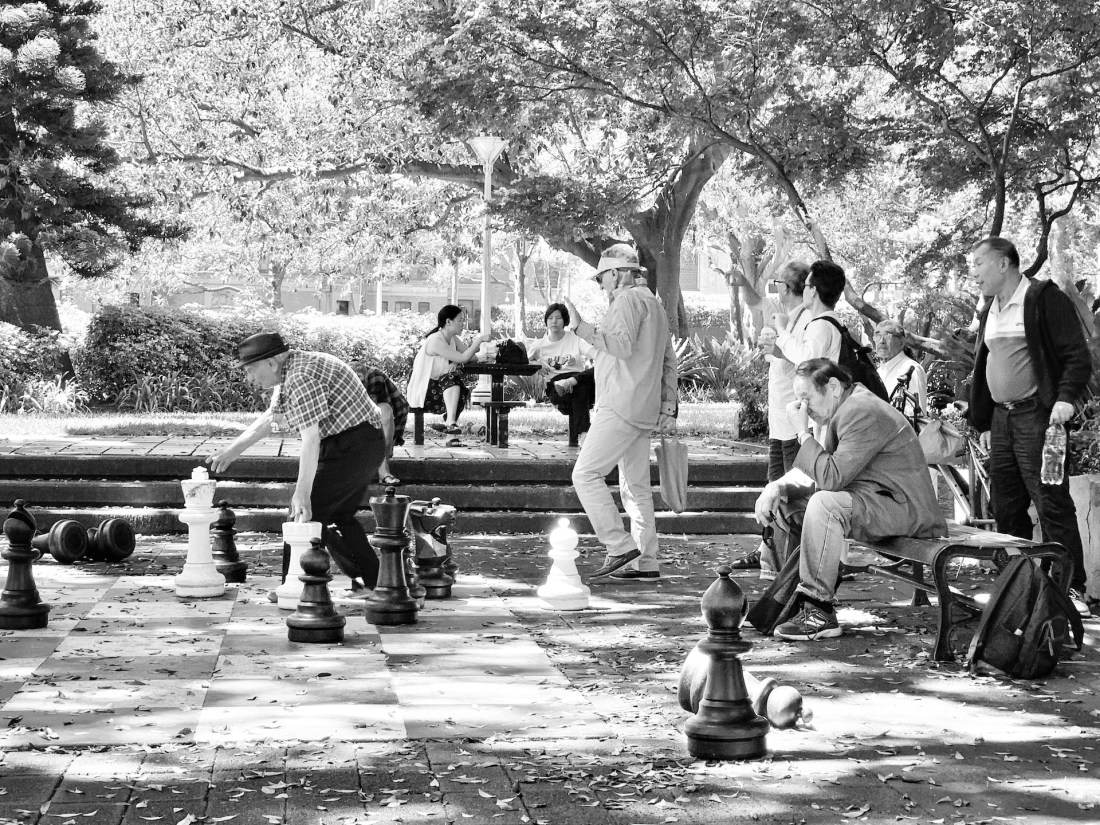 It’s mid-afternoon and 32oC on an early December day in Sydney.  My buddy*, Isaac and I are sitting on a park bench in Hyde Park watching a chess tournament. Tournament may be a bit generous, but let me tell you the atmosphere is quite tense!

There is a group of 9 people in the inner circle, all men over 60, probably over 70 shouting and gesticulating as Mr Black (we’ll call him) picks up his Bishop to make a move. His choice is roundly opposed by the Inner Circle except Mr White who is gleefully saying “Bye-Bye”.

I am unsure what language they are speaking. The Inner Circle is made up of people who appear to have Asian and European backgrounds. English is no-one’s first language. I am guessing that bye-bye is an agreed term for checkmate in this chess game.

Mr Black goes boldly ahead with his move and the game is swiftly over. The pieces are gathered together and a new opponent sets up to face the victorious Mr White.

On the tier above, there is another tight group of players using a regulation-sized board. From my angle, it appears to be a serious game. The onlookers, standing with one hand on their hips have the other held on their chins as if holding their mouths shut. The easy conviviality of the giant board players is missing and no-one is shouting out suggestions.

The Outer Circle of 20 -30 onlookers is populated with people like me. Folks drinking coffee, eating ice-creams and enjoying the shade of the large trees that surround the chessboard. There is a nice breeze brushing across our sweaty skin and there is a feeling of slow calm peacefulness. No-one is in a rush. Languid laziness has set in. Even the pigeons and bin chickens (aka White Ibis) seem to be less raucous than usual.

Although each separate group of onlookers are sitting the regulation 1.5 m away from each other, the intense force fields from 6 months ago have been dropped. Our fear seems to have subsided and everyone is happy to enjoy a communal space. Close but not too close.