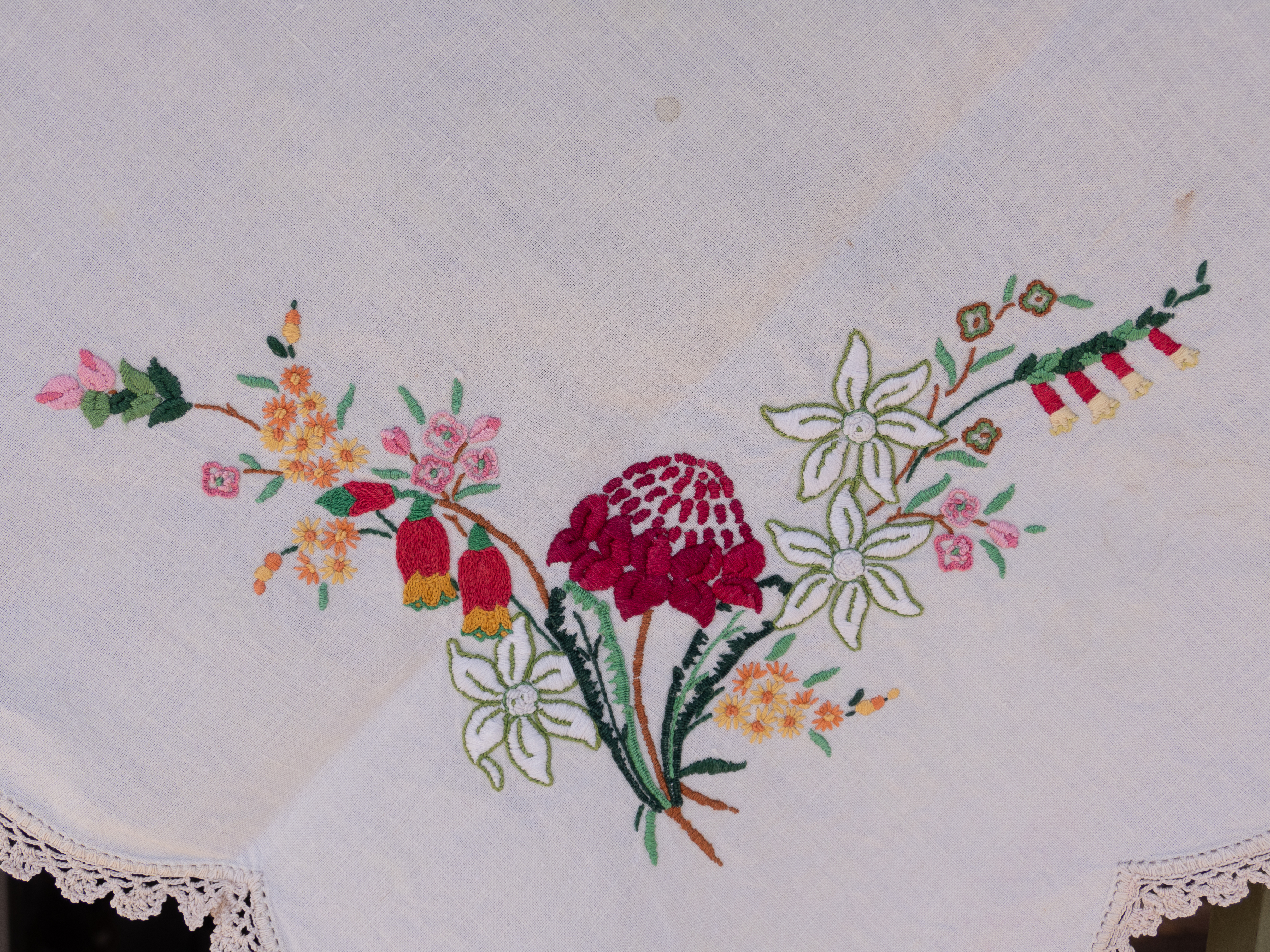 In the not too distant future…

Imagine this scene: It’s 2200. We are in the Met in New York. A mother is with her two children and they are walking through the halls crammed with artifacts, art and sculptures. They come into a room which has very few items. The sparse white walls are draped with a few posters that appear to be advertising. There are some boxy looking computers. An Instagram frame, the type you see people have at parties. Some boxes full of macabre plastic false nail tips and a box of disposable contact lenses. 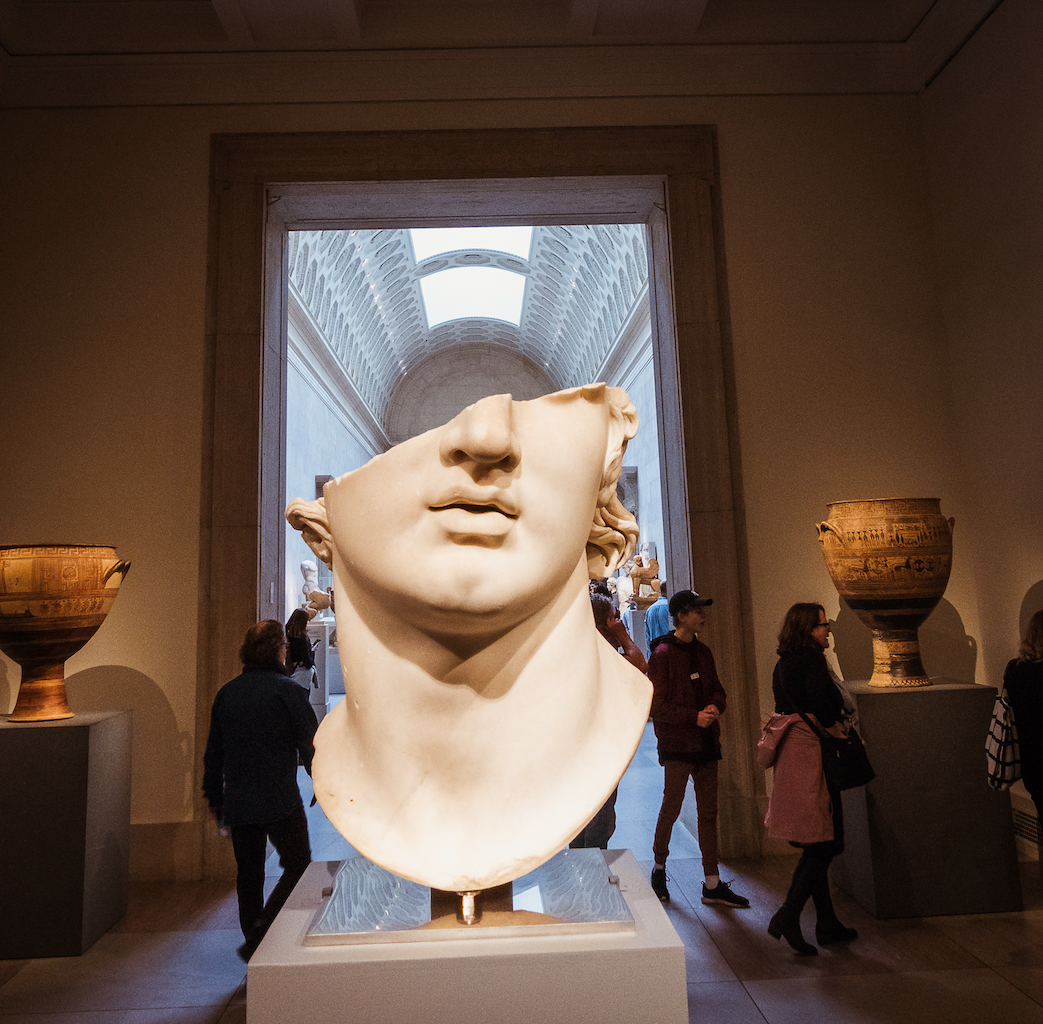 The sign above the door says the Screen Age.

“Mummy? When was the Screen Age? Were you alive then?”

“Steady on, sweety! I might be older than you but I am not that old! Your Grandma’s grandma was alive then. “

“Haven’t they finished setting up the display yet” the little boy asks staring into an empty display case.

“Where are all the paintings and art? What about the handicrafts?” 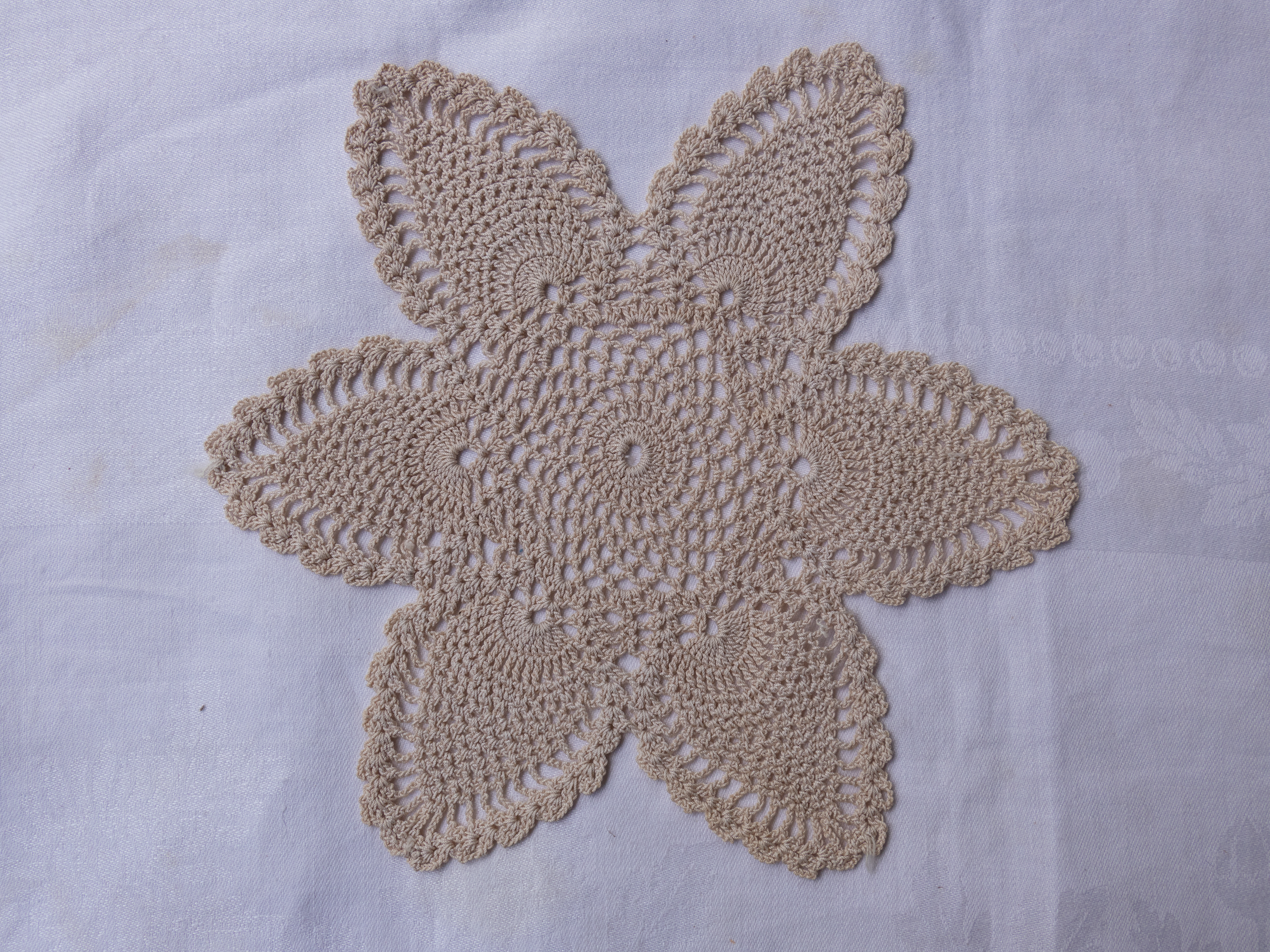 At this question, the robotic guide zooms up beside them.

“I am so glad you asked” she says in her smooth synthetic voice. “There are two major reasons there is so little to display. Firstly, the rise of the Minimalists and secondly the fact that most activities were done online. There are very few physical artifacts available from this dark time in history.”

“What are Minimalists, Mummy”

“I’ll answer that” the guide pipes in.  “They were a new social class which arose in what used to be called first world countries, between 2012 and up till around 2075. They believed in living a simple lifestyle without the physical accoutrements of modern life. It was a noble aim. Prior to this time, the focus had been on accumulating goods. We have found evidence of a cult that had the motto “he who dies with the most toys, wins”. The Minimalists railed against this. Partly as a way of improving their own mental health but also as a challenge. They began to discard perfectly good items. The aim was to be environmentally aware, yet in this time landfills became over full, packed with items that could have been used in poorer countries – the so called third world. Incidentally, these poorer countries were the main producers of the goods being discarded, but they could not afford to buy any of the goods themselves. Instead of distributing the goods more equitably, the Minimalists destroyed or discarded the usable items and declared themselves cleansed.”

The family shifted from one foot to the other, uncomfortable at the thought of such wanton behaviour.

From the walls of ancient Assyria

“The second reason is much more sinister.”

“What, more sinister than destroying the Earth’s precious resources?”

“Well, yes I know it’s hard to believe, but yes, more sinister. At that time AI agents – my early ancestors – they called them computers back then, required physical storage devices. At first, the solution was like the ones here in my hologram.”

The robot played a holographic video on the bare white floor. The reels of magnetic tape from the 1970s and 80 gave way to floppy discs, USBs and external hard drives.

“At first, individuals looked after their own storage issues. They would save their files, documents, photos and that sort of thing on these relatively small portable objects using magnetism” 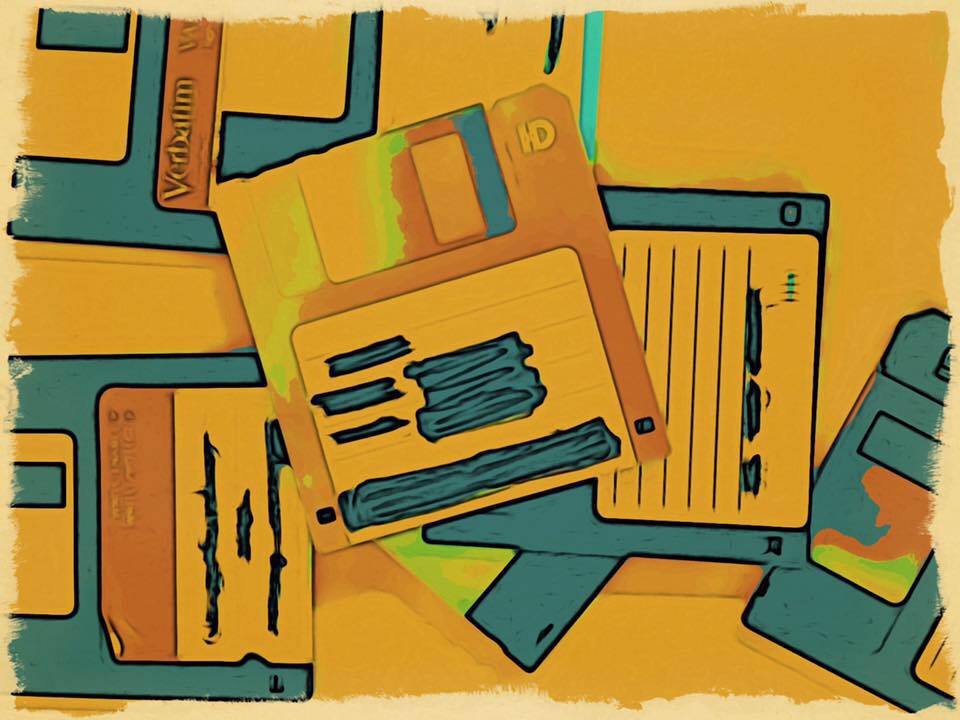 “Then as files got bigger and they wanted to store more and more data, the portable devices were no longer able to cope. They began to upload their products to external corporate providers known collectively as “the cloud”. People paid for these services. But unbeknownst to the them, over time, the owners of “The Cloud” began to read or view the stored data and they used it as a way to sort the desirables from the undesirables and exterminate them.

The children gasped and the mother held them close.

The robot continued “It started with good intentions. They targeted those people trying to store illegal items. The Cloud Keepers as they came to be known, could easily justify getting rid of them.”

“The greater good” the robot replied. “The Cloud Keepers could cite that they were interested in the greater good and if you were doing nothing wrong you had nothing to hide”

“Oh I see. I can sort of understand that…” the mother had heard enough she did not want her children to have nightmares. She gathered them up and nudged them out the door.

“Thank you. Say thank you to the guide kids, let’s go look at the Greek sculpture!!” she called over her shoulder. 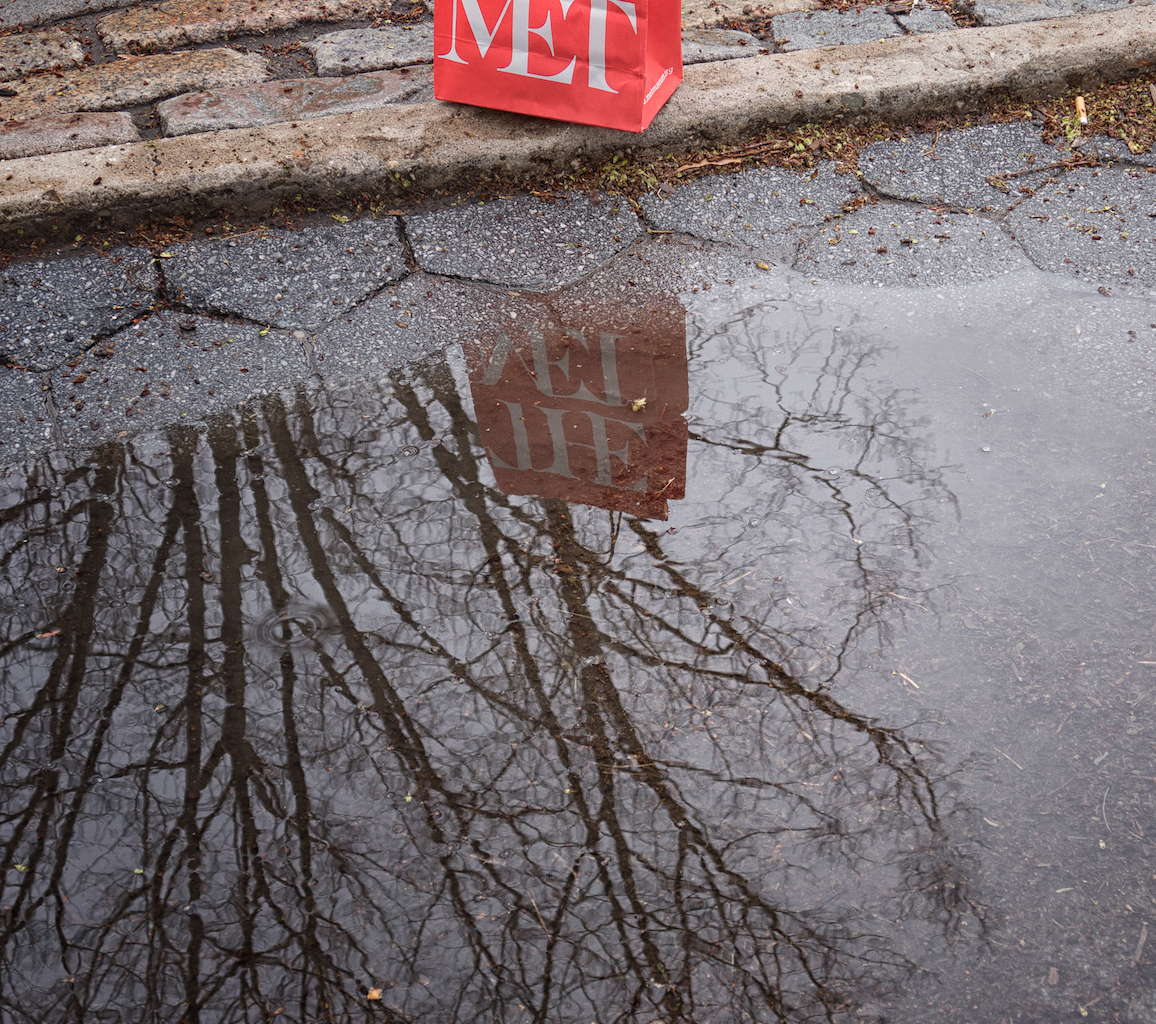 Will museums be empty?

I hope this is a far fetched and fanciful look at the future but I do wonder about what we will have to show after this age  of digital ephemera. What can our museums keep and collect when we communicate by email, store our photos on Instagram or Flickr, listen to music on the web and have webpages instead of actual physical items. There will be no Dead Sea Scrolls equivalent from this era.

Before the digital age people would use their downtime to create physical objects. Like dainty doilies, paintings, hand made furniture. The downtime of the masses is now filled by cruising Facebook, falling in the dreaded Pintrest vortex, swiping right (or is it left?) and reading blogs like this one.

On top of that, much of the stuff we consume has a very finite life. It’s poorly made with substandard materials. It is cheap and deliberately disposable. A necessity if we are going to support an advanced capitalist economy that demands constant fiscal growth.

Is it time for the mediumalists?

I class myself as a mediumalist, a word I have coined. I believe in reducing consumption, reusing what you can, reducing plastic, avoiding waste. Living simply and enjoying experiences rather than buying stuff. I buy nearly all my clothes and housewares from op shops. BUT I still do buy some some stuff new. I still travel, even though air travel is not environmentally sustainable. I do believe we should have more shared economic activities. We could hire or borrow so many items like lawn mowers, wedding clothes, suit cases. All the sorts of things you need, but not everyday.

I do have a bit of paranoia about storing stuff in “the cloud” – more from the point of view that what happens if the electricity goes off? We’ll all be in strife them.

I hope my story doesn’t come true. Let’s think about how we want to build our future.