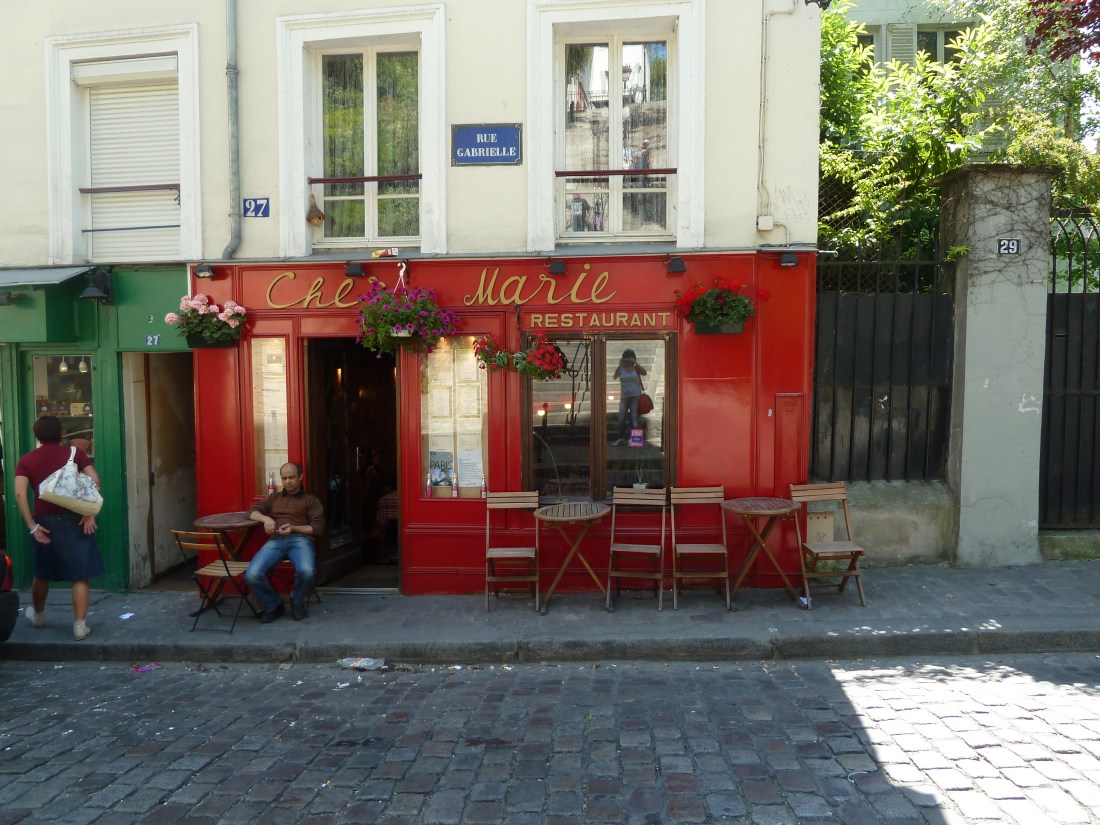 Have you watched Emily in Paris yet? It’s on Netflix. Season 1 and 2 are now available and Season 3 is touted to be out in December 2022.

Emily Cooper is a 30-something marketing exec for an American company that has bought out a smaller boutique French company. The brash, sassy, beautiful but down-home sort of American GAL, makes a string of social faux pas but eventually wins the hearts and minds of her work colleagues. Of course,  there are a number of subplots and romantic twists and turns.

I watched it all over a week, a few episodes a night.  While I enjoyed it (a lot), I had trouble suspending reality and losing myself in the plot completely. Acknowledging I’m probably not the target demographic, there were things that made me pop out of the “binge-bubble” too frequently to remain immersed.

The fashion on display is a key feature of the series. Everyone is VERY glamorous. Emily wears a different outfit EVERY day yet we see her arrive with only a few suitcases.  We never see her go shopping. How did she fit all the outfits into her bags and where is her iron?? The apartment doesn’t seem to have room for an ironing board but she is always crease free.

Those heels? Really? On the cobblestones of Paris? You’re not serious?  It’s lucky Emily only wears everything once because the heels would be ruined on the first day.

I was heartened by Emily’s very sensible approach to sex. The series was refreshingly candid in this respect and I think her portrayal of an active, vibrant and in control woman was great,  but where are the condoms, Emily??? I am expecting her to end up pregnant in Season 3!

The episodes stretch over a number of months, from a hot humid summer through to autumn or perhaps winter, but Emily’s legs are nearly always uncovered! She must be freezing!

OMG! Emily just puts her handbag down on the park bench and pays it little attention. IRL, it would be gone in a flash. A passerby on a scooter would be snaffling up that dainty purse quick smart!

With Emily posting every few minutes to her rapidly growing insta-account, I duly checked to see her posts but sadly, it’s just promotional material for the series. I kinda hoped her “real” in-character posts would be there.

Will I watch Emily in Paris Season 3?

Yes, you bet I will! What I really liked about the episodes was the way American consumerism was shunned by the French characters and held up to some scrutiny.  It was fun to see the French reactions. Despite my concerns, I’ll be pleased when it returns. I’m on Team Gabriel! 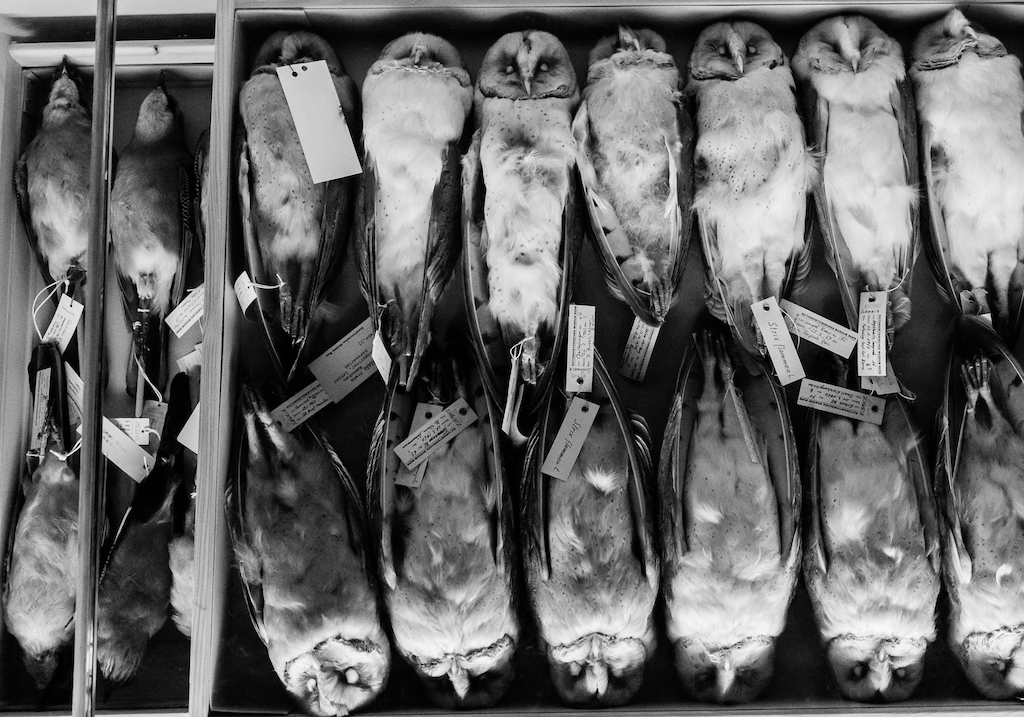 I have a list of reminders on my fridge. Number 7 says

Sometimes when I get so caught up with writing stories, editing photos and fooling around with my creative side I don’t pay enough attention to my day job – being a high school teacher. I need to remind myself that this aspect of my life needs attention too. I need to calibrate my work-life balance, otherwise I won’t be able to do the other stuff!

One thing I can say about teaching is that it is NEVER boring. Often frustrating, sometimes amusing, rarely profound, it is never boring. I teach science and it’s a joy to open kid’s eyes to the complexity of the universe and the the beauty of the subatomic intricacies of matter. To see students understand the impact humans are having on the planet and listen to their strategies to solve problems.

The best part though is when we can go outside the classroom. A few years ago, I was lucky enough to take a small group of Year 11 students to France, Switzerland and the Czech Republic to visit a number of scientific institutions including the Large Hadron Collider at CERN. A rare opportunity, I learnt a lot – more than the students I think.  This post is not to share the science but the scenery!

The blue tube is part of a particle accelerator at CERN

The Metro in Prague

The Old City in Bern – Switzerland 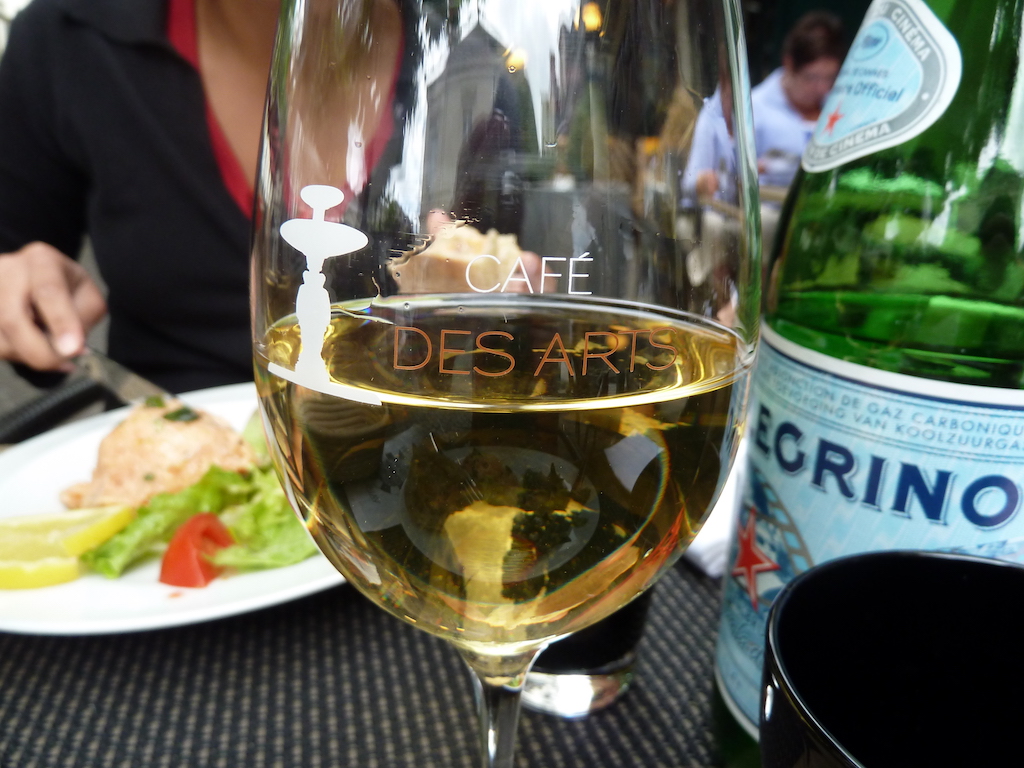 Back in November 2010, I started writing my first blog. 200daystill50. It was all about my 200-day countdown to my 50th birthday. It’s archived and private now but when I go back and read it over, it makes me laugh and I feel grateful for my plucky spirit.  I am aware I have many failings but I also know I have a few good qualities. One of them is optimism and another is stick-to-it-ness. I had made a grand plan for my birthday – to drink champagne on the upper deck of the Eiffel Tower with my 20 year old daughter.

Turning the tide on self-pity

Sick of the wine and wedges[i] diet I had been sticking to for the past year, I decided it was time to quit wallowing in the self-pity that had consumed me after (semi)separating from my husband of 27 years and get my life back on track. I knew I needed to break the shackles of the past by doing new things; meeting new people and going to different places. So, I challenged myself to do something new every day for next 200 days. The blog was my accountability partner. 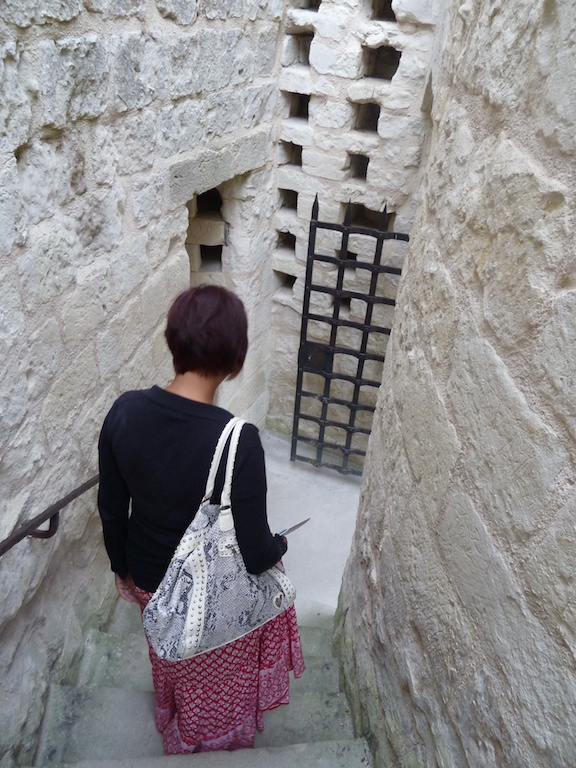 So (nearly) every day I posted about the new things I had done. Sometimes the new things were very small, like trying a new brand of breakfast cereal. Other days they were substantial like flying to France and crashing the hire car within the first 10 minutes of picking it up. The blog challenged me! Some days I hated it. I couldn’t think of anything new I had done. I pressured myself to do something new – anything – so I could write a post! 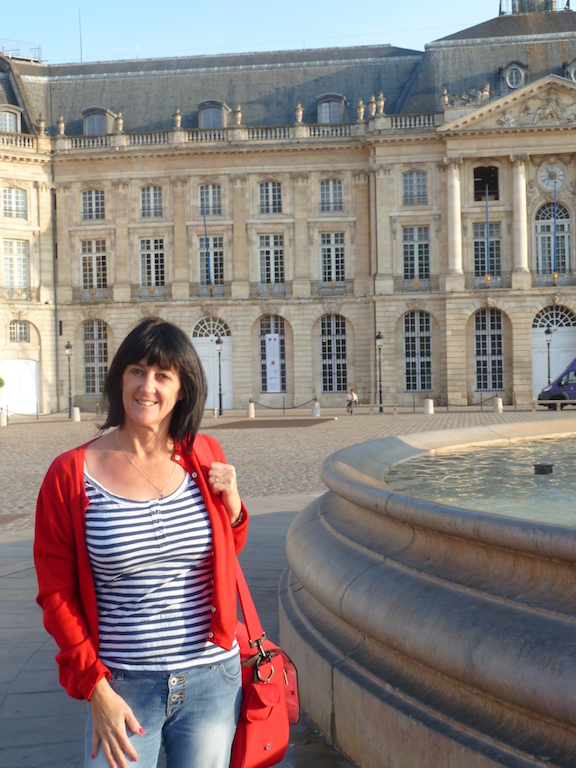 By the third day, Day 197[1]  I was already scratching around for new things! I settled on having lunch with different people. But by Day 183 I was  reporting feeling more positive about life. 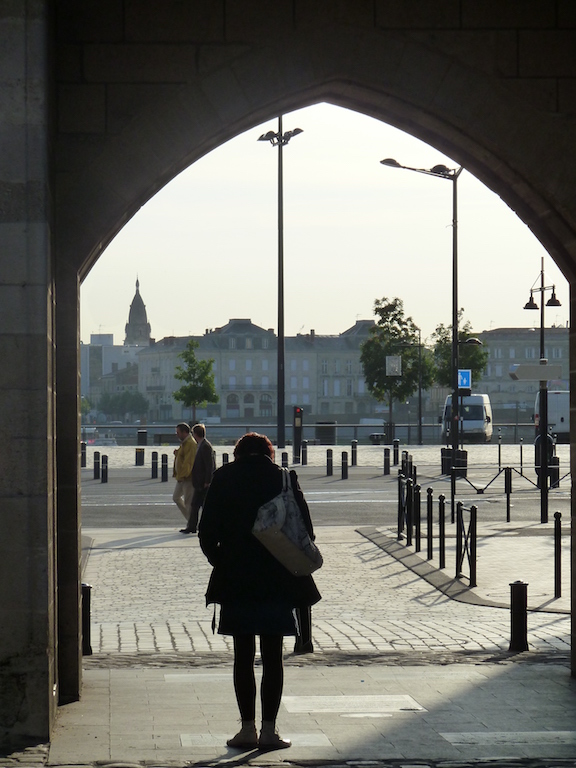 My musings where usually matter-of-fact. Did this – did that.  Other times I got deep and meaningful:

The world changed around me.

During the time I kept the blog I wrote about 5 natural disasters including floods and cyclones in Australia, an earthquake in Christchurch, New Zealand and a tsunami in Japan. I went to Bateman’s Bay; Bellingen; Armidale and Western Australia. I watched several movies; completed three subjects for a law degree. The Americans killed Osama bin Laden. I ruminated on my own thoughtlessness and the thoughtfulness of my friends. My Ex moved in and out of my life. 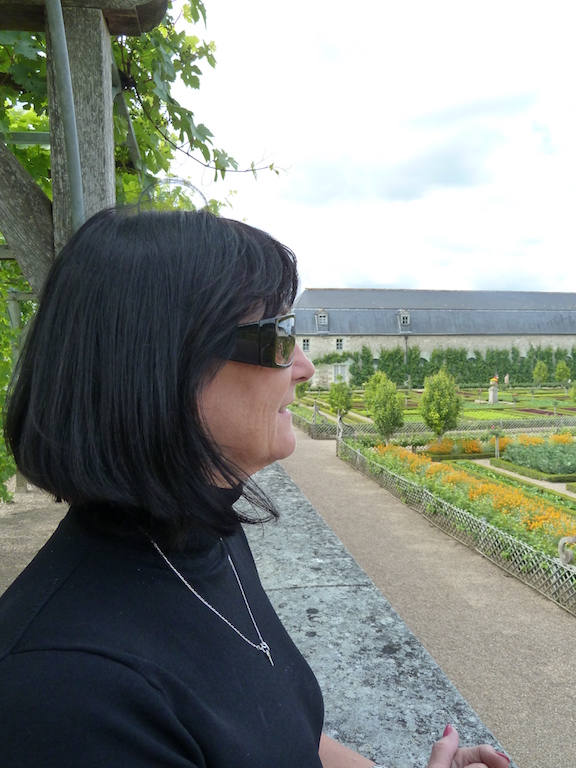 My posts got a few comments every now and then and at times it got over 100 views. I don’t think that mattered. The point was to push through. To keep myself sane in my own mind. When a failing relationship was being kept afloat with equal measures regret and hope. When even though a thousand times before I had slammed the door, and declared it was over, I hoped it wasn’t. When he lived in two places. When life seemed like a revolving door. The blog let me think out loud in the noisy space of the internet. Even if no-one did read it they could…it was possible.

The 50th birthday gave me a New Start!

I love reading the last few entries. Too busy to post properly as we drove (in the smashed car) from Bordeaux to Reims via the Loire Valley and back to Paris, staying in castles and ordinary hotels; my daughter’s high school French helping us along the way. The sense of joy in my (written ) voice still buoys me now. The Ex ended up meeting us in Paris on his way to a conference in Stockholm, two days after my birthday. A massive fail in the independence stakes perhaps but it seemed right at the time. 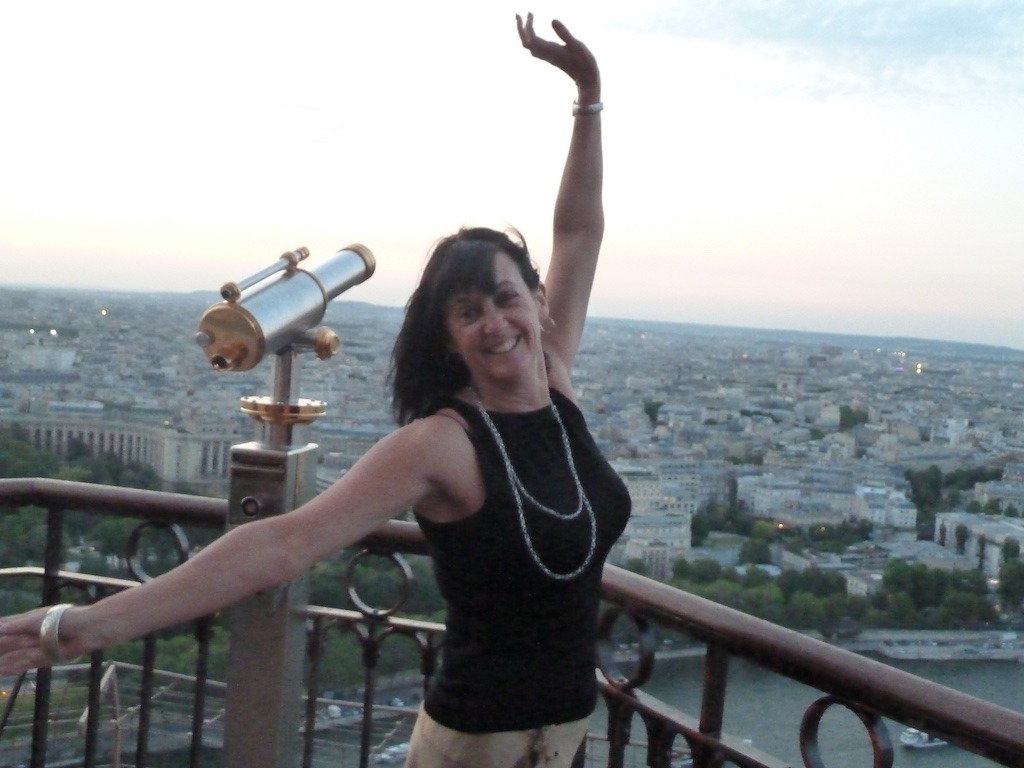 It would take another three years till I finally changed my name and really lived my own life. 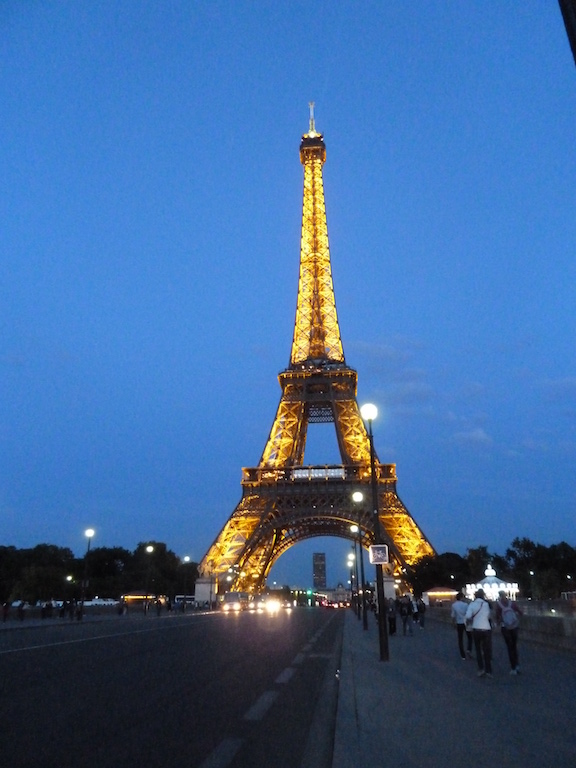 That blog was a stepping stone. This blog? We’ll see where it takes me.

[1] I was counting backwards