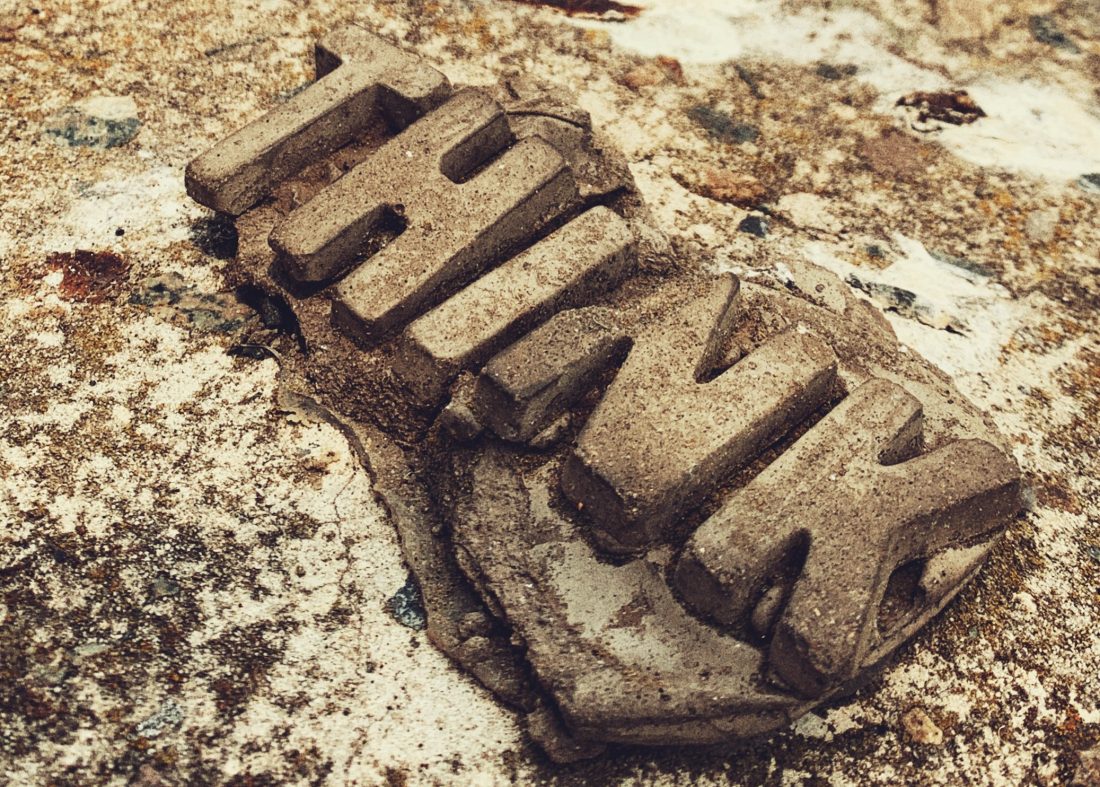 The COVID bubble begins to burst!

Don’t get me wrong, I’m not anti-social or anything, but perversely I am sad that the restrictions for COVID19 are being lifted. I have been enjoying my State-sanctioned semi-solitude. I had a perfect mix of interactions with others and being allowed to retreat all worked out.

It’s a selfish stand, I know because I wasn’t all that disadvantaged by them.   I kept working through the whole time, was able to get out and exercise and had a steady stream of activities to keep me occupied. I was not affected by the great toilet paper shortage or scarcity of other items due to some uncanny coincidental forward planning. I didn’t have kids to home school.  I didn’t get sick. I had already planned a low key year. I did miss seeing my grandson and daughter, and that’s about it. One other big regret was not being able to attend my good friend’s funeral at the end of April.

At work, I was able to be proactive and not reactive. Every item on my daily to-do list was crossed off, and I left at a reasonable time. I didn’t have students to discipline. The parents I did talk to were appreciative and not berating me for dealing with their children.

Don’t get me wrong I’m not anti-social but with most of the teachers working from home, the constant stream of interruptions to solve other peoples’ problems dwindled to next to nothing. They return en masse this Monday, bringing their problems with them. (11/5/20)

A  rumbling low-level of anxiety is beginning to penetrate my calm as the invitations to “catch up now that we can” are starting. It’s not that I went out partying every weekend anyway but having to stay at home, HAVING to be cocooned because I was told to, gave me a legitimate reason to stay quiet and at peace.

Don’t get me wrong; it’s not that I don’t want to see people, but this time to be slow, deliberate and self-sufficient was tantalisingly comforting. The bluer than blue skies have already started to brown over as more and more people are going about their business.

Don’t get me wrong, I’m not anti-social, but I have discovered that I am also not pro-social either. When I am with people, I feel on guard. Will I say something stupid? Will I accidentally offend someone? Does my hair look alright? What will they think of me? The internal monologue never ends. Sometimes it’s so noisy I forget to listen to the person in front of me. That voice has been so quiet these last two months. I guess it proves that even though I am friendly, loud, bossy, speak in front of a large crowd etc I am in essence a socially awkward introvert.

Don’t get me wrong, I’m not anti-social, but I could live in this bubble forever… I think…  As long as the bubble had a door. It might be different if I didn’t have the option to leave when I wanted.

Don’t get me wrong, it’s not that I am antisocial, but I might re-gig my world a little so I can keep the calm for longer. Please don’t be offended.

Coronavirus “Iso” has given us the time to do things we would normally leave to  “when we got around to it”. What started as a valiant attempt to sort out my digital storage, descended into a trove of old stories found in my messy Google Drive.  Included in that hot mess were previous attempts at Furious Fiction competitions,  and fragments of stories I don’t remember starting let alone have an inkling of where I was going to go with the storyline. (I’ll publish them later and challenge you to finish them!)

Here is the entry I wrote for the September 2018 competition. The criteria that month were:

This is the second of two found stories from my archive. I have also published other FF stories which you can find here.

Always ready to spring into action, Krysia was scanning the crowd of bleary-eyed, unwashed, overfed and under-slept travellers who stood at the carousel waiting for their bags to be spewed out onto the belt.

Like a tractor beam in an old sci-fi movie, her eyes locked onto the guy in the suit. Too tidy. Too neat. No doubt he flew first class. She directed her hidden camera on him. It scrolled through the biometrics, settling on an identity within seconds:  Clifford Saunders. Australian. DOB 25/09/78. No flags. No tags. No dossier. A clean skin.

She turned to her boss. “Looks dodgy, Pam, I am going down on the floor.”

Decked out in civvies, Krysia sidled up to him and rubbed her eyes in a mock yawn.

“I hate this part – just give me my bags already!” she said. “What flight were you on?”

Cliff ignored her. Not many refused her charm. Definitely dodgy!

The decoy bag came in view. When it was right in front of him, she leapt forward. The accidental collision, a perfect distraction, as she triggered the micro-gas detector.

“Quick Pam, test that”  she whispered into her sleeve, as she wrestled the bag to the floor.

After thirty minutes of tense and awkward waiting,  there were only two bags left on the belt. The bag with the first-class tags was going past again. This time, Krysia stepped up to grab it, simultaneously flashing her ID and a smug smile. Cliff shifted on his feet, ready to run. She made the signal. A cloud of black-uniformed officers swarmed around him.

The X-ray showed it was empty.

After seven hours of intense interrogation, Krysia had to let him go. There was nothing. No residue of drugs, explosives or wildlife.

She went upstairs to report to Pam. The walk of shame. She’d have to listen to the lecture about picking the wrong mark – again.  She’d been so sure this time! Apparently, there was nothing illegal about having an empty bag. There should be!

Krysia filled out the forms and emailed them through. An out-of-office email pinged back within milliseconds. “That’s odd,” she thought “Pam didn’t say she was going on leave”

Odd indeed.  Krysia began to panic. She pulled up the CCTV footage.

There! Right there! Just when Krysia was causing a huge commotion with Clifford Saunders’ arrest, with every officer on shift in one place at one time, there, right there, was Pam picking up the second of the two remaining bags from the belt. There she was with a passport and a boarding pass like any other traveller. There was Pam walking through the arrivals hall and buying coffee. And there, seven hours later, was Pam, in the back of a limo, leaving the car park with Clifford.

“I’ll put the decoy in play,” Pam Saunders had said.

I was trawling through my Google Drive trying to tidy it up a bit and came across this story I wrote back on the 3rd August 2018. Given that that was a “First Friday”, I can only presume I wrote it for an Australian Writers’ Centre Furious Fiction Competition.

My suspicions were confirmed after searching through their archives, where I discovered that the prompts for that month were:

each story had to include the following three sentences:

I can see now that although I included the words, I did not include them as stand-alone sentences which means I did not fulfil the requirements. I guess that’s why I didn’t win! 🙂

The closest I’ve got to winning so far is this entry where I was longlisted.

As she fumbled in her bag for the keys, she came to grips with the fact that this time, he had, in fact, meant it. The door was locked, she was late, and her resentful husband was on the other side of that thick piece of wood and glass. She turned the key and pushed. Nothing. She pushed again this time with her shoulder.  She laughed! Oh, how she laughed.

“Cunning bugger,” she thought “He’s gone and locked the deadbolt as well and I don’t have that key.”

In the morning, when she was leaving for work, shuffling with the stilettos half on and the toast clasped between her teeth, he had asked her not to be late.

She grabbed the toast and pecked his cheek.

“Yes, darling, of course you will.”

She cut him off with another kiss, this time full and passionate. To distract him. To try and convince him that she was sorry. It had become their daily routine, and it felt familiar. Too darn familiar.

She pulled the door shut and wriggled her foot completely into the shoe.

“I mean it” she heard him yell through the door.

She pulled a face “Yes dear!” she mouthed and started the car. It wasn’t as if she wanted to be late!  It came with the job. The long hours, the high stakes.

“Are you having an affair?” he had asked on Tuesday.

“No! Don’t be silly” she replied without thinking more of it. She wasn’t, and it didn’t occur to her that he needed more than a quick reassurance.

Truth be known she was. Not with another man but with her work. It absorbed her. Took all her energy and gutted her soul. It drained her every day, and she felt like a battery with only 5% charge. A thin red line.

“What is it exactly you’re working on this time?” he asked on Wednesday.

“The Erikson case.  Very tricky commercial law” she said, a little too quickly. They both knew she was lying. She changed the subject ineptly. That was something she needed to work on – lying.

The locked door was no obstacle though. Not to her. She took the little tool case out of her handbag. The one with the tiny little lock picking tools. The lock clicked, she stepped inside. He was on the couch, the sound of the TV muffling his quiet snoring.  She kissed him gently and covered him with a blanket. The air smelt of pizza.

One day, maybe one day, she’d be able to tell him, but right now she remained in her Majesty’s Service and her code name was classified.

She dragged her tired body up the stairs and winced at the bruises she gained in today’s “tricky Erikson case”.

A post on a Wednesday? “That’s odd”, I hear you say. “Don’t you normally post on a Friday and Sunday?” Yes! I am experimenting with posting days to see if there is much difference in my “view” count.