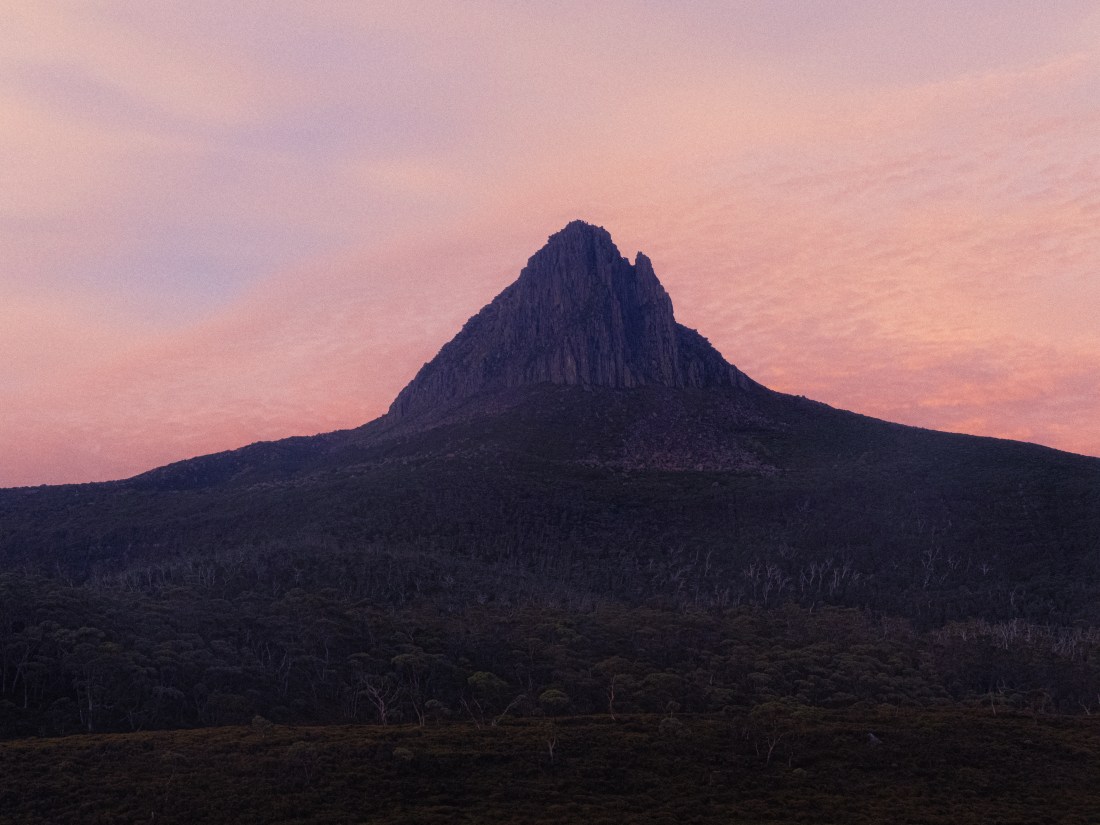 Folks, I’m getting close to the end of this here blog project! I have a bad case of the blogging blues. A few weeks ago I started the From the  Vault Series as a way of putting place keeper posts in play to help buy me some time. You may have noticed my struggle.

I had a post prepared for today. About living in lockdown and emptying my freezer. It was well enough written but it was still crap. A self-indulgent bit of fluff from a privileged white person who had enough food in their freezer to last 6 weeks.

Not that it’s my intention for this blog to be an esoteric deep thinking tome. Rather, as it says on my About page, a fairly lighthearted collection of observational jottings through the eyes of a 60-year-old.

This place was not meant to be all about me per se but rather about what I see happening in the world. While not a diary or a substitute journal it will, of course, reflect what I’m doing, thinking and feeling.

It’s come to the point where I am resenting the time it takes me to get posts prepared and published. Not that it’s a big chunk of time to do the physical part but rather the mental energy of thinking of something to write. That’s the tough bit. To be truthful the resentment comes from the lack of feedback. I’ve been slogging away at this for 4 years and have around 500 followers. (THANK YOU!!) I have written at least one post every week for that entire time. (363 posts including this one)  I rarely get comments and usually no more than 30 views. As far as I know, it’s coming into your inbox and going straight into your trash folder.

To alleviate these blogging blues, this will be my last weekly post. I am going to revert to fortnightly or monthly posts that will concentrate on my move to intentional living and joining my family in Armidale.

In the meantime, help me out folks! Who am I speaking to? Who are you? What do you want to hear?

Anybody? Apart from my Editors! Thanks, Mum!! And don’t reply if it’s your aim to sell me something! If you’d actually read any of my posts, you’d know I’m not into that kind of stuff. I’d like to hear from genuine sincere people. Let me know the types of posts you enjoy from my back catalogue and comment below.

Be selfish and make it your random act of kindness for the day. Just don’t say travel, because I can’t leave home – did I tell you I’m in lockdown?

PS: I have decided to publish the aforementioned post anyway. In my tradition of reducing waste, it would be hypocritical of me not to use the embodied energy that the post contains. 🙂 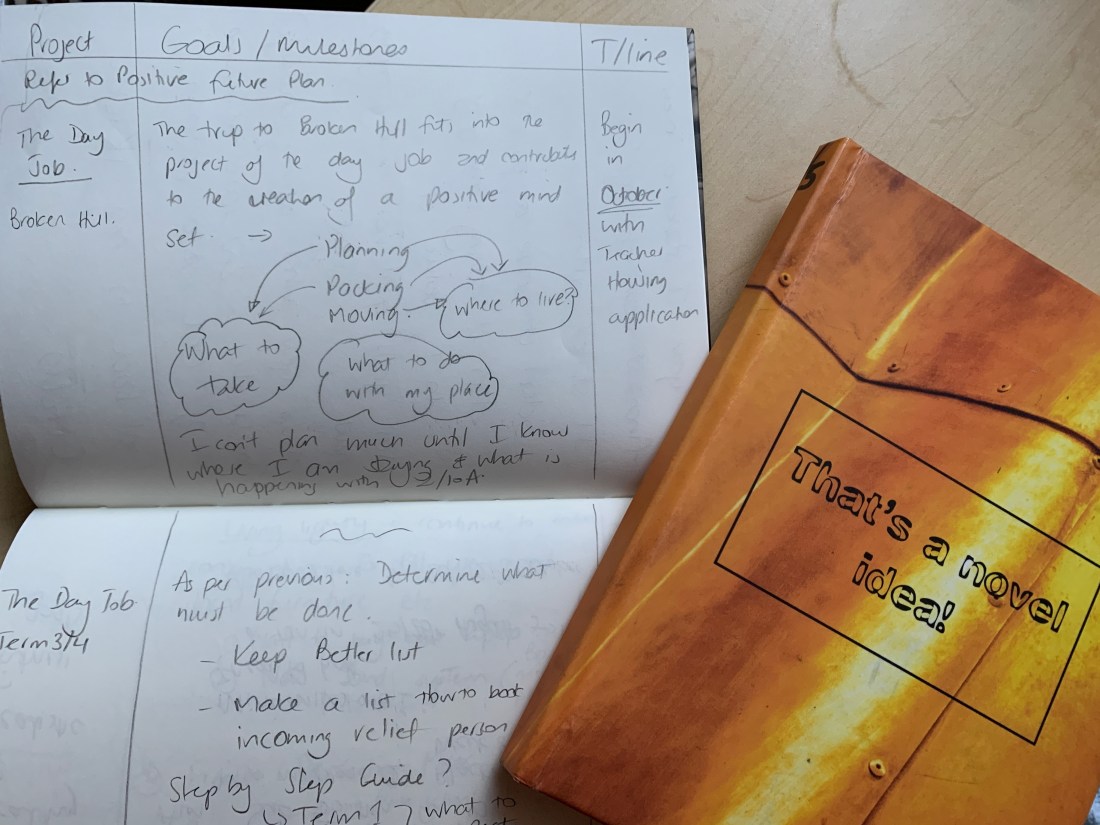 As part of my meanderings around the idea of slow living, I have been listening to Brooke and Ben Macalary’s Slow Home Podcast. A lot of what they talk about resonates with me. “Slow” living is a loaded phrase. It has connotations of laziness or “dropping out” attached to it which might be hard to accept especially for people like me who prefer to be “busy”. Brooke suggests another label for slow living.  She says many prefer to think of it as intentional living.

What is intentional living?

Intentional living means that you maintain a lifestyle that adheres to your beliefs and values and you don’t just live on autopilot. Rather than floating along with the dominant culture’s tide, you steer your own boat. My values include reducing my consumption, a value shared by many, but not supported by the dominant culture of capitalism. “Culture” wants to buy lots and buy often. I am digging this groove because while I’ve been living “fast”, I have been living intentionally for some time. I have worked on my life’s purpose, I have values and beliefs which I stick to.

Curiosity about how other people live intentionally sent me down an internet vortex. There is plenty out there on the interwebs about this topic. Looks like I wasn’t late to this party, just that I have been partying in the dark for a while! Label-less!

How do other people “do” intentional living?

In one pod episode,  Brooke describes her morning routine and refers to “Morning Pages”. The idea intrigued me. Like Brooke, I aim to get up early. In summer, I usually do some exercise in an attempt to beat the heat and humidity. In winter,  It’s hard to get the runners on when it’s dark and cold, so it’s more likely that I will settle down with a cup of tea and do some writing. Morning Pages might be my thing.

Morning Pages were “invented” by Julia Cameron back in 1992. The idea is that you write three sides of standard US letter paper (A4 for us Aussies!) first thing in the morning before you do anything else. It’s a stream of consciousness style of writing. Just write the things that pop into your head. Don’t censor it, don’t stop to think, just write. The first thought that comes into my mind is that it’s a waste of one side of a piece of paper! The rule about “before you do anything else” is so you capture your thoughts before they are waylaid by the realities of the day.

Thinks to self: I’m presuming it’s OK to pee but NO cup of tea? That’s a bit extreme.

After you’ve written your three pages in longhand you are supposed to throw them out. This way you are free to write anything without the fear of someone else reading your private thoughts.   Frankly, I hope that someone will, one day, actually read my scribbled, illegible journal notes! I leave them messages! Sometimes I laugh out loud at my little notes to a future reader! Such wit and humour!!

Stream of consciousness scribbling can lead to the proverbial pot of gold at the end of the writing rainbow. First, you write draft zero, get all the rubbish out of the way and then you *might* find the pot of good thoughts. Your flow hits the perfect viscosity. I often experience this when I am out running or walking. A great story idea pops into my head. sometimes I’ll stop and record a breathless voice message because invariably, I have forgotten the said brilliant idea before I get home!

I keep a journal,  so far I am up to Volume 10.  I use an A5 hardbound notebook with unlined pages and write in pencil although I don’t write in it every day. It’s a hotchpotch of shopping lists, to-do lists, ta-da lists, ideas for blog posts, self-recriminations, summary notes I’ve taken while listening to online courses or Youtube. It serves as my travel diary. It even holds some deep dark secrets! I’d love to be able to decorate it with beautiful sketches and calligraphy but doodles are as far as I go in the artistic department.

I don’t want to throw my jottings away!  My first intentional decision then is to stick to journalling.  My journal serves a similar purpose. One day I’m hoping some of my descendents will read it and say “What a funny old chook Great Grandma was, I wish I had met her!” Through the pages of my journal, I think they can.

This story was meant to wrap up in December 2020, but the trials of Frankie are far from over. Once again I have entered a chapter of my now serialised novel in the Australian Writers Centre’s Furious Fiction competition.

The Furious Fiction short story competition is serious fun and I recommend it to anyone who likes creative writing. Only 500 words with a prize of $A500. I’ve given up on writing for the prize, now I am just trying to write my story. The plot twist fairies and the prompts are not helping me get to the end. Once again it runs on directly from the last instalment so read that first.

The criteria for Furious Fiction this month were:

This month I submitted the story at 10:15 AM on Sunday. I started thinking about the story soon after the prompts came out on Friday night but did not start writing until Saturday evening about 6 PM. Then lots of tweaking on Sunday morning. 499 words.

These days EVERYONE used the *amazing* Biker’s Alarm app. It went off an hour before sunrise automatically factoring in the daily astronomical variation. It gave a weather forecast, a half-way warning based on time, AND you could choose your favourite bike-related song for the alarm! These wonders of technology disguised some of the less palatable aspects of the app.

This morning, like every other morning, O’Mallory was jolted from his restless half-sleep by Queen’s “Bicycle Race”, and despite his oppressive fatigue, his feet slapped on the floor enthusiastically. There was no way on God’s Earth O’Mallory was ever going to miss a single legal opportunity to wear coloured clothing!  As he pulled on his purple leggings and gold jersey, the Judge sang his favourite line of the song;

“You say black; I say white!” and chortled at his courageous rebellion.

The ruling Ultra Conservative Party, which prohibited the wearing of anything other than black, white or grey clothing, had paradoxically exempted cycling gear. Although touted as a health initiative, most people knew it was a paper-thin excuse manufactured by duplicitous Middle-Aged Male politicians who fancied themselves In Lycra!

In the end, it didn’t matter why the UCP let you ride in coloured lycra, they did.  *Everyone* in the country now had a bicycle, and the nation had never been fitter!

O’Mallory unlocked his Bluetooth bike lock by agreeing to the App’s T&Cs from his phone.

With an 80-minute window, there was no stopping for a coffee or a chat like in the old days. McDonald’s, never missing an opportunity, modified their drive-through so you could pedal-through and refill your reusable McGoCup with their signature McSunride brew.

Mobile coffee vans pivoted to become tyre repair stations with all the gear an *unlucky* rider might need to fix a puncture. You could *guarantee*  a flat tyre every time you rode over a *particular* nearby spot.

Riding quietly, O’Mallory thought about his next mutinous steps. Armed with evidence, thanks to Frankie; it was time to act!  He’d been patient long enough.

So engrossed by thoughts of sedition, O’Mallory didn’t notice the whisper-quiet Tesla creeping up behind him until it was too late.  The tinted windows gave no clue to whom was inside, but a  non-essential vehicle on the road at this time of day only spelt trouble.

He rose in the saddle to pedal faster and negotiate the last hill before home, but as he rattled down the other side at breakneck speed, the Tesla broadsided him.

In that nanosecond,  O’Mallory had to choose between going over the bonnet or under the wheels; either way, it wouldn’t end well for him.

As he soared over the bonnet, he looked back to see the door open and saw …