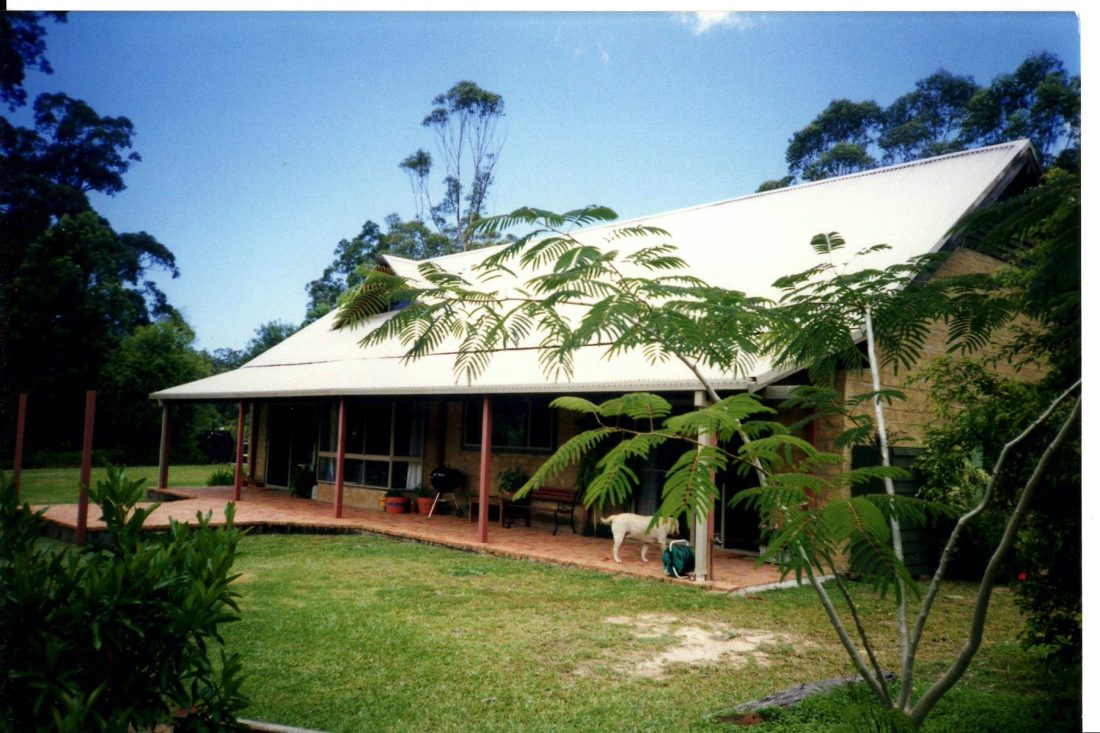 This post is the first in a new series about slow living.

While on my blog sabbatical over the last month, I  have been doing a lot of reading, podcast listening and Youtubing about slow living only to realise I had been down that path before. A path I chose with my Ex in better times. It’s a way of life I’d like to return to and by chance it looks like that may well happen.

I’m planning on moving to Armidale in northern NSW in the next 12 months, once I get the ducks of life in a row. This time it was not my idea but one I’m happy to embrace. I’m following my family as they move to the region. I don’t want to be away from them, especially my grandson. An added bonus being that the move and the preparations provide a wonderful theme to write about here!

This week a back story about Slow Living 1.0.

In the years from 1991 – 1994  my (then) husband and I decided we needed to change our life and slow things down.  We had a one year old baby. He was working for a large Australian bank. (Which bank? Not that one, the other one) I was on maternity leave from an even bigger multinational oil company.  (The one that smashed an oil tanker against Alaska).

My job involved a lot of travel. It was high speed and had long hours. His job was also high speed, with long hours but without the travel, unless you count the 4 hour daily commute. Interest rates were close to 20% and the Sydney housing market was booming.

We had lots of money, no time and plenty of stress.  Sounds familiar heh?

Before our baby was born we had decided it was important that one of us be the primary carer. We didn’t want our baby to spend most of their time with strangers, no matter how well trained and caring. We were ahead of our time because that one person did not have to be me. The Ex was open to staying at home so he could combine parenting with part-time study and fulfil his long term desire to get a uni degree.

Serendipitously, our tree change journey was made possible because at this time we were living at my grandparents’ house paying well below market rent. We were renting our own house at a higher market rate.  Living there, much closer to the centre of Sydney,  cut the Ex’s commute by half and although we had less money on one wage, we managed comfortably.

At first our goal was simply to change our occupations to something less frantic and more meaningful. A contributing factor for me was the Oil Company’s response to the Exxon Valdez incident. It left me cold and disgusted. The disaster was swept under the carpet with disturbing rapidity. I felt that their response did not align with my values and wanted to leave. A restructure of their business model meant I was able to take a generous redundancy package so I had an unexpected windfall on top of my maternity leave.

Step 1 saw me heading back to Uni to do a Diploma of Education so I could teach. A much more meaningful and family friendly occupation. I was able to do my Diploma part time and on a campus not far from home. Besides taking Bub with me when they were very little, we relied on a combination of friends and neighbours to babysit. The Ex stayed with his work for the time being.

As part of the Diploma, I did a subject on sustainability and became very wrapped up in environmentalism. My enthusiasm no doubt boosted by the oil spill. I became obsessive about the impending doom that climate change would bring. I wanted to be greener. A lot greener.  This desire to live a greener life led us to the next steps. After the baby was weaned and I started working as a teacher, the Ex quit his job and stayed at home to be the primary carer. This was a very courageous step. Back in 1992 there weren’t many stay at home dads around and he bravely continued to take Bub to playgroup.

He copped an enormous amount of flack for our decision, especially from his dad. I was really proud of our trail blazing lifestyle. Splitting up with rampant consumerism gave me a sense of power. It excited me to be with someone who was challenging gender stereotypes, and pushing back against the toxic norms.

You’ll see echoes of this in my way of life now. My Year of Zero, my Eco Hacks and my desire to be more sustainable are throwbacks to this time. My decision to have only one child was deeply rooted in the desire to reduce my environmental footprint.

Once we recognised the need for change, we started planning the move. Dreams and big talk turned into reality. The journey was incremental and multifaceted. In recounting it here it’s hard to remember the ins and outs and the exact chronology. One decision was layered over another. Ideas became blended and bent. This post can’t capture the whole convoluted story, only the overall result.

We sold our house, bought a two hectare patch(~5 acres). By January 1994 we had moved in with my mum in Bellingen on the mid north coast of NSW. In July that same year we were living in a half built mud brick house and by 1996 we had chickens, a veggie patch, a cranky old cat and a Labrador puppy.

By 2000, we were back in the city, trying to patch a broken relationship and pursuing a different dream. I’m at pains to point out that the slow living wasn’t the cause of the unhappiness. That unhappiness was for many other reasons, some of them a direct result of the previous fast living.

In hindsight, the journey was smoother than you’d think and while things eventually went sour between myself and the Ex, I really have to thank him for following my dreams and making this first tilt at slow living a reality.

More about my plans for Slow Living Version 2.0 in the coming weeks.

Just lately, I have been going down a sustainability minimalist rabbit hole. I have been reading lots of blog posts. Binging on podcasts series like The Slow Home Podcast (Australian) and Sustainable Minimalism (American). I have written a few posts about consumerism, minimalism and frugality myself.

Last week I announced a new series called From the Vault. Essentially these posts are place keepers while I decide what to do about this here blog.

My Posts about Minimalism and Sustainability

On the Kon Marie Band wagon

Saving the Planet – One pair of socks at a time.

You might also be interested in listening to the New York Times Podcast The Rabbit Hole which explains how YouTube can lead to radicalism. I’m staying away from the radical nonsense and sticking to how I can reduce my carbon footprint! 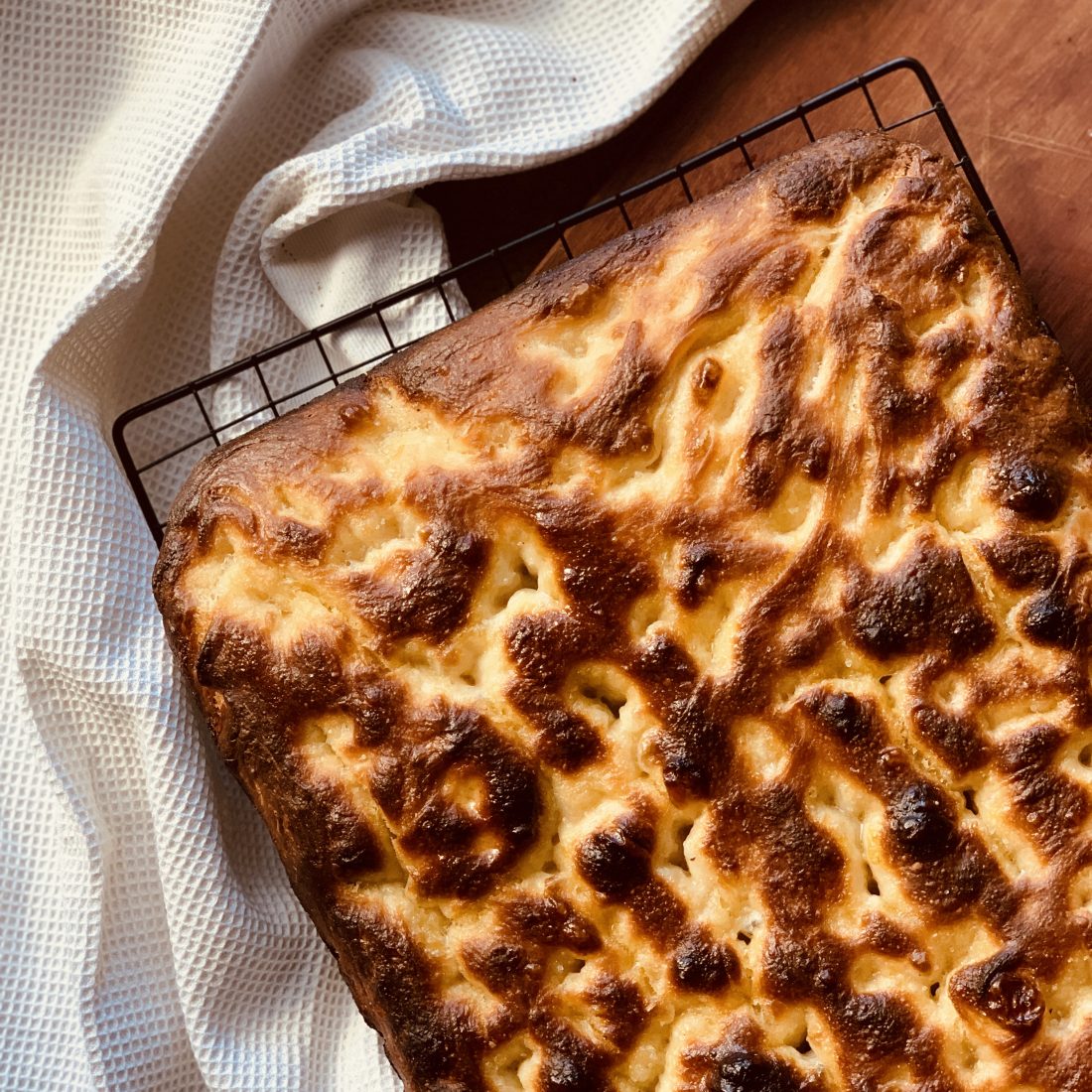 One of the hacks frequently mentioned by the no waste fraternity is to make things from scratch to avoid plastic packaging and so you know what’s in your food. While some things are definitely worth making from scratch in your own kitchen, others are not both from an economic and waste point of view.

Cooking is an enjoyable activity for me, as much for entertainment as it is for nutrition. Nearly everything I eat is made from raw unprocessed ingredients. I have the time and the means which gives me an advantage. Cooking whole foods with few if any additives is part of my life plan.

I have had a go at making my own pasta, feta cheese, apple cider, rapidly followed by apple cider vinegar and sauerkraut. Although I can make jam and marmalade, I don’t eat them much any more, so no longer bother with them.

Is it worth it?

The foods which are not worth it from a financial (time and money) and waste point of view in my opinion are:

Things I could (easily) make but don’t

There are several items which I could easily make but don’t; including

I’m dedicated to the cause but I not a magic unicorn! 🙂

Making things from scratch is more than just a matter of economics or waste reduction. It’s more about a state of mind and an enjoyment of being self-sufficient. About knowing exactly what’s in the food you are about to put in your mouth. For food nerds like me it’s also about the entertainment value.

Am I missing out on any home made fun? What do you make from scratch? Please add a comment below.