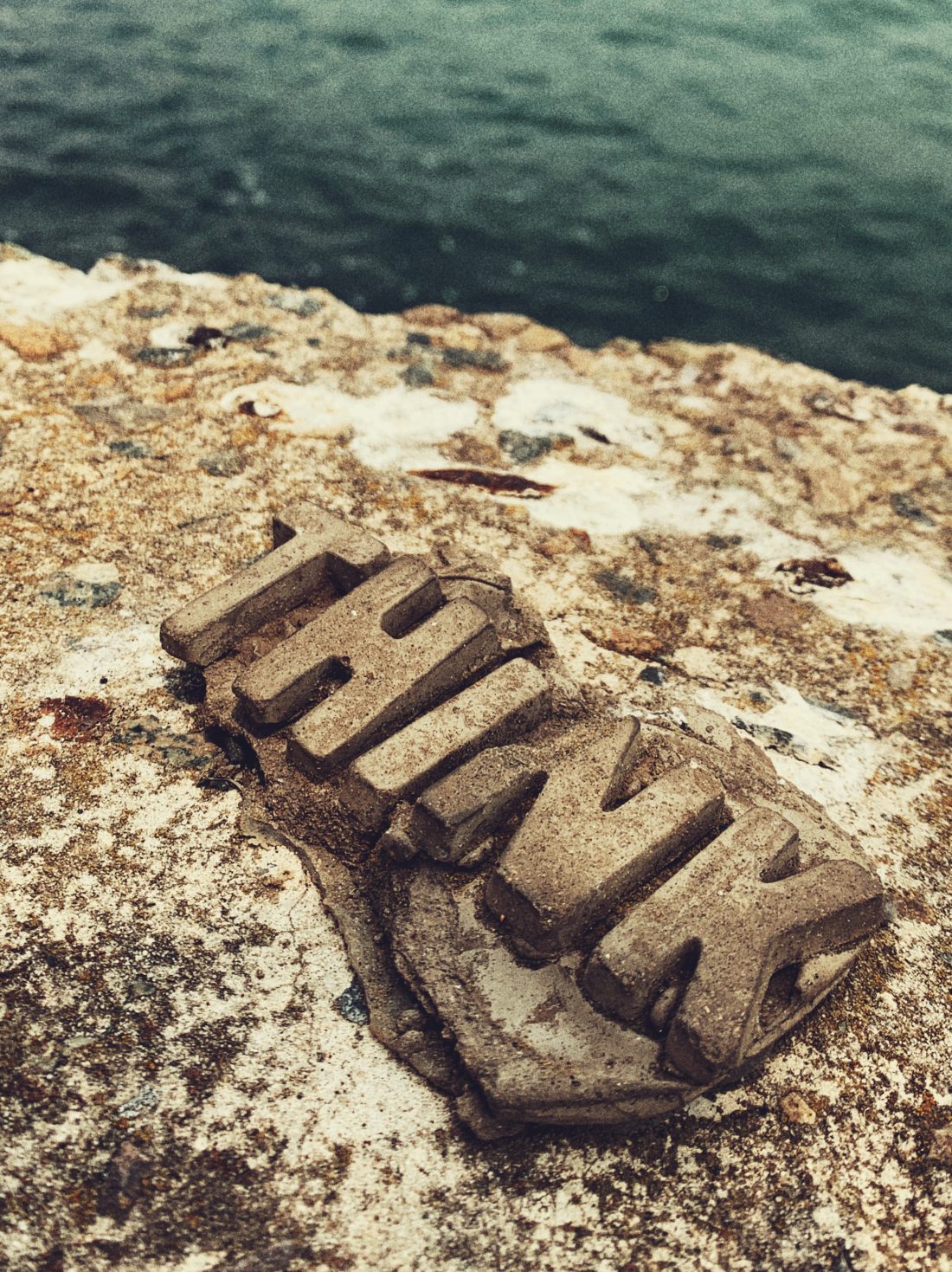 Do you want to live your best life? What does that even mean? Have you ever felt that if you did everything you were supposed to do, to keep yourself fit and healthy, you would run out of time? Is it even possible to fit it all into a standard 24 hour day?

All those things like daily exercise, adequate sleep, cooking healthy food from scratch from the organic produce you bought plastic-free from the local farmers’ market, saving the planet by not wasting stuff, feeding your worm farm, and staying in contact with your friends and family!

All these potentially optional activities overlay the fact that many of us actually have to go out and earn a living for a significant portion of the day, as well as the time taken to commute.

For those of you with families and children, you have to add on yet another layer of complexity as you juggle the mental load of managing family life.  Like shopping, washing, housework, organising kids and their activities etc etc. etc….

Is there a silver lining in the Global Pandemic?

No wonder so many people have found a silver lining in the “Great Global Quarantine of 2020”. The wide scale and permitted (nay encouraged and lawful) rolling back of activities and the fact that you have a very good excuse for not running around frantically, has given us that breathing space to see another way.

A few weeks ago I wrote about the change in the Corona Zeitgeist as people began to realise there was a quieter, slower (dare I say it more meaningful) life to be had.

But how can we maintain a slower pace of living in the long term? We do have to get back to work eventually.  Soccer training, ballet lessons, and book club will be back on sooner than we want it to be. (By the time this is published, normal may well have returned!)

You need to plan for slow living if you want it! I don’t just mean planning your activities but sitting down and thinking about who you want to be in 20 years time.

Perhaps we need to look more at our lifestyle-climate rather than always being focused on the current lifestyle-weather? Climate and weather are different ways of looking at our physical environment. One is long term, the other, short term. We are familiar with using these terms when we are talking about the temperature outside and whether it is raining or not.

“Though they are closely related, weather and climate aren’t the same thing. Climate is what you expect. Weather is what actually happens.”

For many of us, we have crammed so many things into our daily life we are experiencing shit-storms every day! The weather is crap! Just like the global climate change that is causing our planet to heat up, the expectations of modern life have caused our own lives to warm up to intolerable levels. We beat ourselves up by comparing ourselves to others.

We let so much of our lives just happen without thinking about it. In general, we set short term goals, if any. We worry more about the weather, and less about the climate.

It’s time to balance our lifestyle-climate so we can manage the life-style weather. We need to map out what we expect and want from our lives more deliberately and only do those things that make the daily weather manageable.

Look at the big picture

I am advocating taking a bigger picture view of your life. To make a calculated plan. Not just go from day to day and pile stuff on. To accommodate the things you think are important and to not put too much pressure on yourself when you end up having pizza from the box in front of Netflix because you can’t be arsed cooking lentils again!

For instance, if you decide that exercise is an important part of your lifestyle-climate, look at it long term.  Perhaps you don’t get a chance to exercise every day but if you look back over the year and see that you exercised more days then you didn’t, then that’s a win.

Avoided plastic and waste most days?  That’s a win!

Kids involved in one activity? That’s a win!

Made a plan? That’s a big win!

Next week, I will share my lifestyle plan. You may be surprised to know, I do have one! (sic). I sometimes need reminding to stick to it! 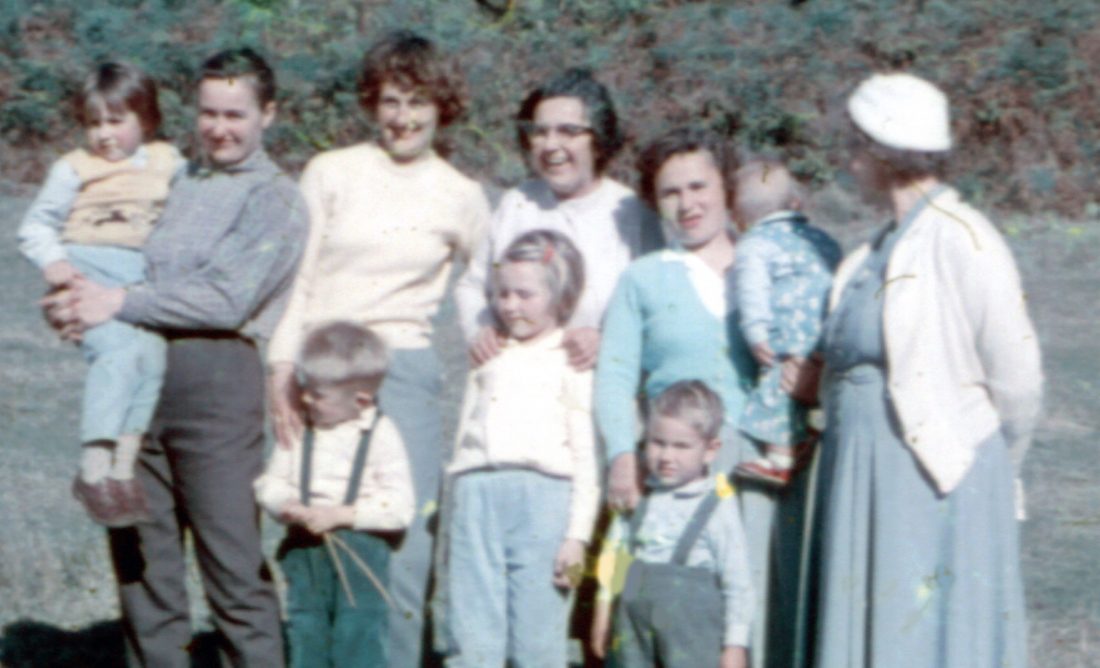 Prelude: I don’t know about you, but I need a break from the Corona Virus! I contemplated writing a piece about it and maybe I will later, but for now, I thought I would share a bit of family history. It’s  longer than my usual posts, but since some of you are in self-isolation, you’ve got more time!

My mum (Hi MUM!) has been working on the family tree for many years. My cousin, Jenny, is the resident genealogist in our family (Hi Jenny!!) and has put together lots of facts and dates etc. In 2017, I started working on a fictionalised version of one of my ancestors. I didn’t get far. It’s not finished, and one day I will get back to it.

The long-story-short is that my great-great-great(?) Aunty Eliza had a baby when she was very young, and the family passed it off as her mum’s. Sarah Anne was a business woman and had a thriving company in Sydney that made embroidered regalia for military uniforms.

Firstly, I include an email sent to my mum to get more information. It was written when I was in transit to Israel. It sets the scene and then follows “Chapter 1” of the story. It needs a lot of work and is definitely a draft. I hope it makes sense!

When I was sitting on the plane, I re-read the history you had written about Sarah Usher. I thought there were some good angles for a few stories there, but the one that stood out for me was William, Eliza’s illegitimate son born in 1874 and “adopted” by Sarah and Charles. Do we know any more about him? When did he die? Did he have any kids of his own? What happened to Eliza? Did she go on to have any more kids?

It’s a fascinating angle coming from it with 2017 eyes. I wonder if they just pretended it was Sarah’s baby or was Eliza acknowledged as the mother? From what you wrote it would appear not. You’d think people would work it out. Frank was born in the same year…did they try and pass them off as twins?? Wow! I wonder where you would find out this stuff from. Sarah also had her last baby at 45! Old even by today’s standards but I guess in the absence of contraceptives, not unusual.

I wonder what sort of relationship William and Eliza had? I wonder if Wilhelm (who presumably skulked back to Germany) knew him. I wonder if he had other children? Children that perhaps could fight William in WW1. Do they not know who impregnated Eliza or did they just try and cover it up. Was Wilhelm a sexual predator or was Eliza a saucy young minx?

In the absence of facts, I am just going to make up a story! BUT I would like it to be “based on a true story” story. Any extra info you have would be greatly appreciated!

I wrote this on the plane and sent it once I arrived in Israel. Feeling creative at 11000 metres over the Himalayas!

On 1874, two babies appeared in the Hund* household. Only one of them was welcome. At forty-five, Sarah Anne Hund (née Usher) gave birth to what would be her last child – Frank. Her oldest daughter, Eliza gave birth to a bastard called William. An illegitimate child. An embarrassment. A poorly kept secret. William Hund became his grandmother’s son.

This is William’s story.

By the time Eliza was 16, she knew she was clever. Not just clever-for-a-girl but clever. She helped her mum in the regalia workshop, ordering notions and materials. Organised and meticulous, great lists of mental arithmetic didn’t phase her. Writing work orders for the seamstresses was a doddle. It wasn’t hard. It was, in fact, boring.

So boring, she longed for some excitement. Of course, as things turn out even back in the 1870s, a girl looking for excitement doesn’t usually have to go too far to find it.

In the summer of 1873, when Uncle Wilhelm came to visit, things perked up for Eliza. Wilhelm, her father’s youngest brother, was handsome and dashing, his clipped German-tainted English so refined and intoxicating to a clever young woman looking for more out of life.

It turns out she was not as clever as she thought because by April she had missed two of her monthlies and she was pregnant. Marrying her Uncle was not really an option. By May, her mum asked her directly. In the days of washing out menstrual rags, there was no hiding anything in a household as crowded as the Hund’s on Cleveland Street.

Wilhelm was sent home. Eliza was banished to an old friend of Sarah’s  in Braidwood for her confinement.  VOILA, in December 1874, Sarah magically had another baby. A delayed twin to her own Frank. Of course, no-one was fooled. All the family and neighbours knew who the baby really belonged to, but officially it was Sarah and Charles’ baby. Baby number 13.

William should have been the lucky first child, but he ended up at 13th. His mother’s search for adventure had led him up the garden path.

Frank and William grew up as brothers. The tension between their sister and their mum did not go unnoticed. The fiery glances, the cold shoulders, the unsaid words kept everyone on edge.

William was clever too, although most of the time he stood in Frank’s shadow. Frank was always first. First to get the best bit of the lamb leg. First to get the juiciest part of the pineapple. Frank never realised, but William always noticed.

Frank was Mama’s favourite. William didn’t know why or what he had done, but as the years progressed, he learned to live with it.

Frank and William grew up. They married. They lived their lives as best they could. And in 1907 their whole world turned upside down.

Frank was appointed as executor to Sarah’s will. As they were going through all the papers, things started to get a bit complicated. Frank found his birth certificate.

Other children: There were his brothers and sisters, all listed but not William.

And then he found William’s certificate. He had to look at it twice.

At thirty-three, William discovered Frank was not his brother but his Uncle. His sister was his mother and his mother, his grandmother. His world fell apart.

In my mind, the story will end up with William fighting his German half brothers in World War 1. There will be tension between William and Frank. Not sure what else will happen… yet….

* My mother’s maiden name has had a few iterations. Originally it was spelt HUND, then Hundt. Then it was changed (unofficially) to HUNT by some of the family to make it more respectably British. Then sometime after WW2 it was changed back to Hundt.

This is my father, Bob, with his Dad, Vernon. My dad died too young, at 51 in 1988. He had Type 1 diabetes, a dicky heart and didn’t look after himself so well, as blokes of this vintage were want to do.

I pride myself in only posting photos I have taken myself, but sometimes you have to bend the rules. I have no idea who snapped it, although on reflection it was probably Uncle Rudolph who owned the grapevines. It has always been one of my favourites in the family album.  Shot sometime around 1960 in Griffith, NSW. The original print is about 2 x 3 inches. 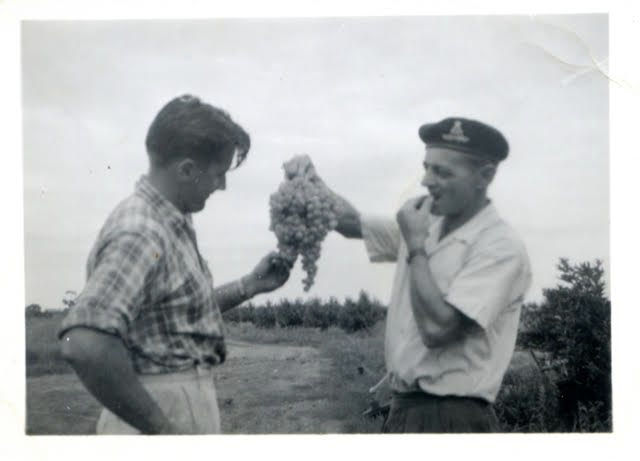