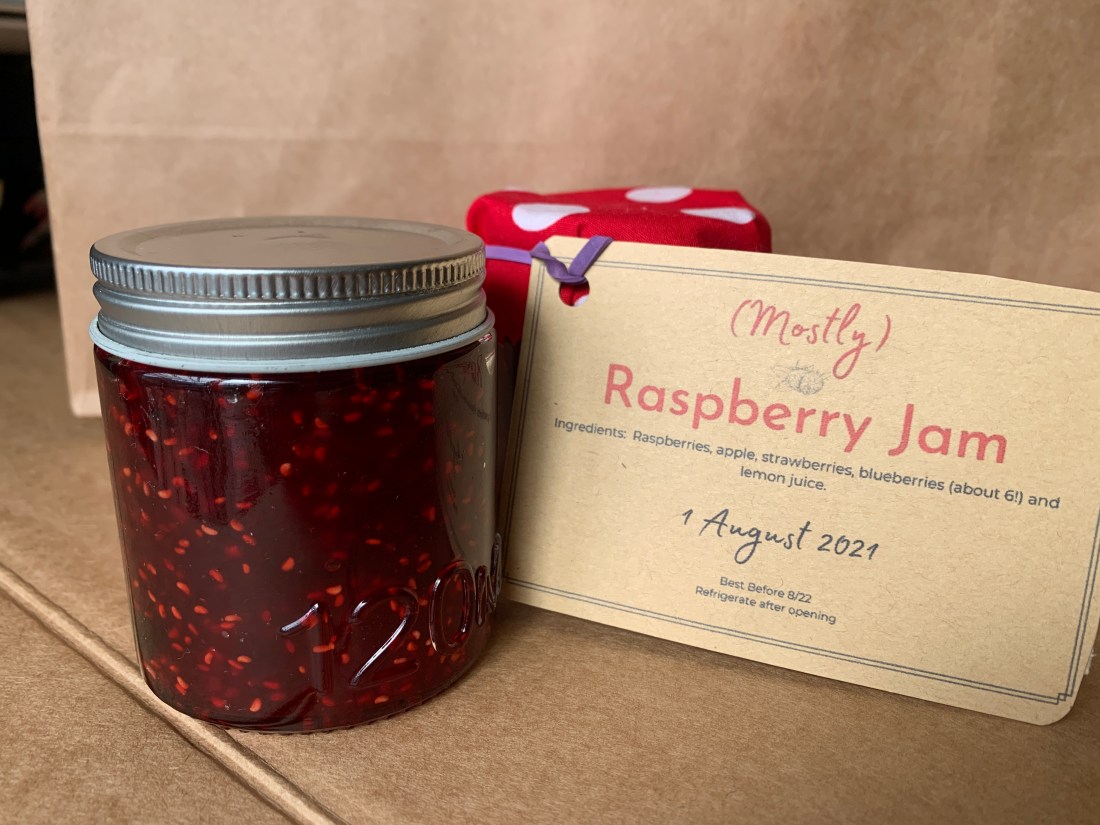 When this most recent bout of COVID lockdown started in the Greater Sydney Area in June 2021, I decided that I was not going to go shopping until I emptied my freezer and pantry. This solved several problems. I was able to avoid the germy world while using up resources that had already been created and thus reduce food waste. I figured I had enough leftovers, frozen veggies and pantry staples that it would not be too much of a challenge.

Step 1 was to do an archeological dig and conduct a freezer audit.  I threw out the UFOs (unidentifiable food objects) that were suffering from freezer burn and no longer edible. The rest of the containers were stacked in neat piles and I retrofitted some labels. Labelling should be mandatory but it is a step that I approach with annoying inconsistency. Present-Robyn has way too much faith in Future-Robyn’s ability to identify the blocks of various curries and casseroles.

Meal planning is one of my happy places and when I cook I generally make 4 – 6 serves. Eat one for dinner, put one in the fridge for tomorrow’s lunch and then the remainder in the freezer for “later”. The trouble is I have a tendency to delay the later. Rather than cook a couple of nights a week, I cook every night, until my freezer is full and I have run out of containers.  There is a direct inverse relationship between my Tupperware cupboard and my freezer. The fuller the freezer (VF = volume of the freezer contents)  the emptier the Tupperware cupboard. (VT)

This propensity for food hoarding has paid off over the lockdown and I have for the most part avoided the germy world of supermarkets. After 6 weeks, I have finally extracted the last of the pre-prepared meals. (Yippee!)

My quest has not been 100% successful as I was forced to seek out some fresh fruit to avoid scurvy (and boredom).  In addition to the fruit, I purchased fresh milk as needed but apart from this, I have made do with what I had. The freezer is not yet completely empty as I still have some frozen pastry sheets some bread and a few other odds and ends, but I can see the bottom. An astonishing feat. I still have a way to go to empty the pantry but that’s OK we’re under stay at home health orders until the 28th August at least.

With an empty freezer, I can start work on the pantry! Hallelujah! Tomorrow, I can cook again! 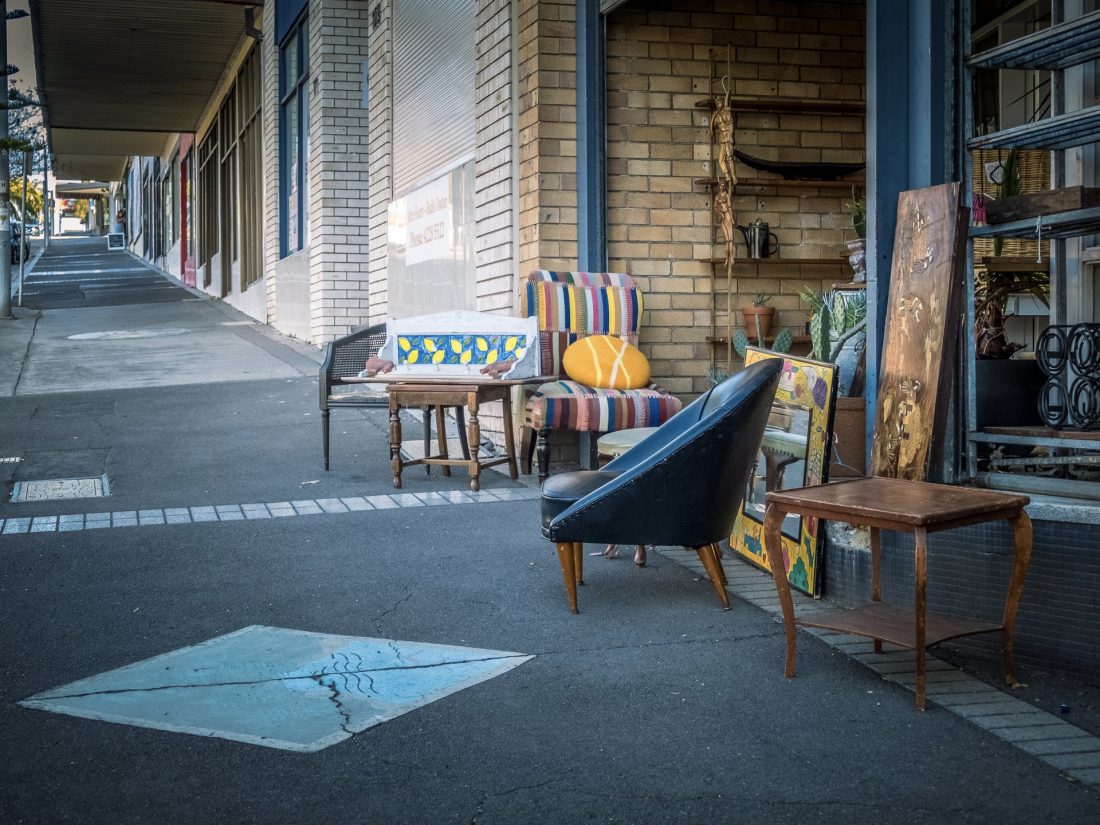 Sydney, or more correctly “Greater Sydney” is in lockdown again. Greater Sydney includes the commutable urbanised areas that fringe the sprawling metropolis of Sydney. Not extending as far as Newcastle, but encompassing Wollongong, and Shellharbour to the south, the Central Coast to the north and the Blue Mountain,  westward.

The Greater Sydney area is home to 5/8th of the population of New South Wales and nearly a fifth of the total population of Australia. The lockdown came into effect on the first Saturday of the winter school holidays. Once again plans of going anywhere went out the window for many families. It was due to end on the last Friday of the holidays but it has been extended until the 16th July. Watching the numbers, we all know it will go well beyond that.

Melbourne has had a number of stints in solo lockdown. At the time, I wondered what they were doing that was so different to the rest of the country. Was it their good public transport? Did the fact that more people were on  public transport rather than travelling solo in cars make a difference? Was it because it was colder down there and more people were indoors?

After the last few weeks in “soft lockdown” I think I have more of an idea.  We are ignoring the stay at home orders. When the whole world was in lockdown last year it was new and scary and we all took it very seriously. But a single city tucked up in its own borders does not have the same scary overtones.  People are still way too out and about. My exercise walk route takes in Wollongong Harbour. Last weekend at around 11 AM it was business as usual! Lockdown? What lockdown? People were sitting around in the sunshine eating their takeaway gelato and sipping their take away coffee cheek by jowl with most of the population of Wollongong. No one exercising here! Stay at home orders mustn’t count on sunny days. Wollongong had not had any cases (yet) so we must be immune??

Is the soft lockdown too soft?

Soft lockdown means that many shops are still open. Pubs, restaurants, and cafes are closed for anything other than take away. Places like cinemas etc are closed, Hairdressers, and beauticians are closed. Supermarkets are open. But strangely,  the handbag shop in the mall is still open. The clothes shops are open. The vape shop. You can’t tell me these shops are essential.

There are movement and gathering restrictions in place which have progressively tightened over the week as case numbers have continued to rise. Now only 2 people are allowed to exercise together, except those from the same household. Only one person is allowed to go shopping and only once a day. (Make that list!!)

Masks are mandatory for all people over twelve in indoor areas. And now we have moved to remote learning for students in the Greater Sydney area. This came as no real surprise. Teachers by and large have been preparing for a “just in case” scenario since last year. Many teachers have kept their online classrooms running. They have shifted their resources to accessible drives in the clouds. Learning from home was do-able.  but then…..

About an hour after Premier Gladys Berejiklian announced the Learning from Home orders for the Greater Sydney area, the NSW Department of Education was hit by a massive cyber attack. All those resources we had squirrelled away in the safe places linked to our portal were inaccessible! We were paralyised to get lessons ready. Email was down. Links to our corporate accounts for Zoom, MS Teams, the Google Suite, Microsoft365 were down. Everything we used our department user name for was turned off, as the tech bods tried to fix the damage.

It took until Sunday to get most things working. Let’s put that in perspective. Those people worked hard! The NSW Department of Education is one of the BIGGEST educational systems in the WORLD. With over 2000 schools, more than 50,000 teachers and in excess of 800,000 students all managed by the one system, that’s a big job and I take my hat off to them for getting it up and running so quickly!

Time to get hard?

The numbers were unexpectedly a bit lower today (only 89 new cases compared to 112 on Monday), but still high enough. The Police will be more visible telling people to go home. But still the soft option persists. Come on Gladys, we don’t need handbags in a lockdown. Let’s close the other non-essential shops. Go hard! Keep people at home!

PS: Gladys must have read my post! On Saturday, 17th she announced further restrictions in place until 30/7/21. The non-essential shops are now closed. Non-urgent construction has also been shut down.

The Great Southern Road Trip had the guts pulled out of it after the Victorian Government’s snap 5 day lock down on 12 February. While the lazy amble down the NSW Coastline happened, the sharp right turn  into Victoria and the mosey on over to Melbourne, didn’t. The lock down necessitated a quick and blunt reconfiguarion of the itinerary. 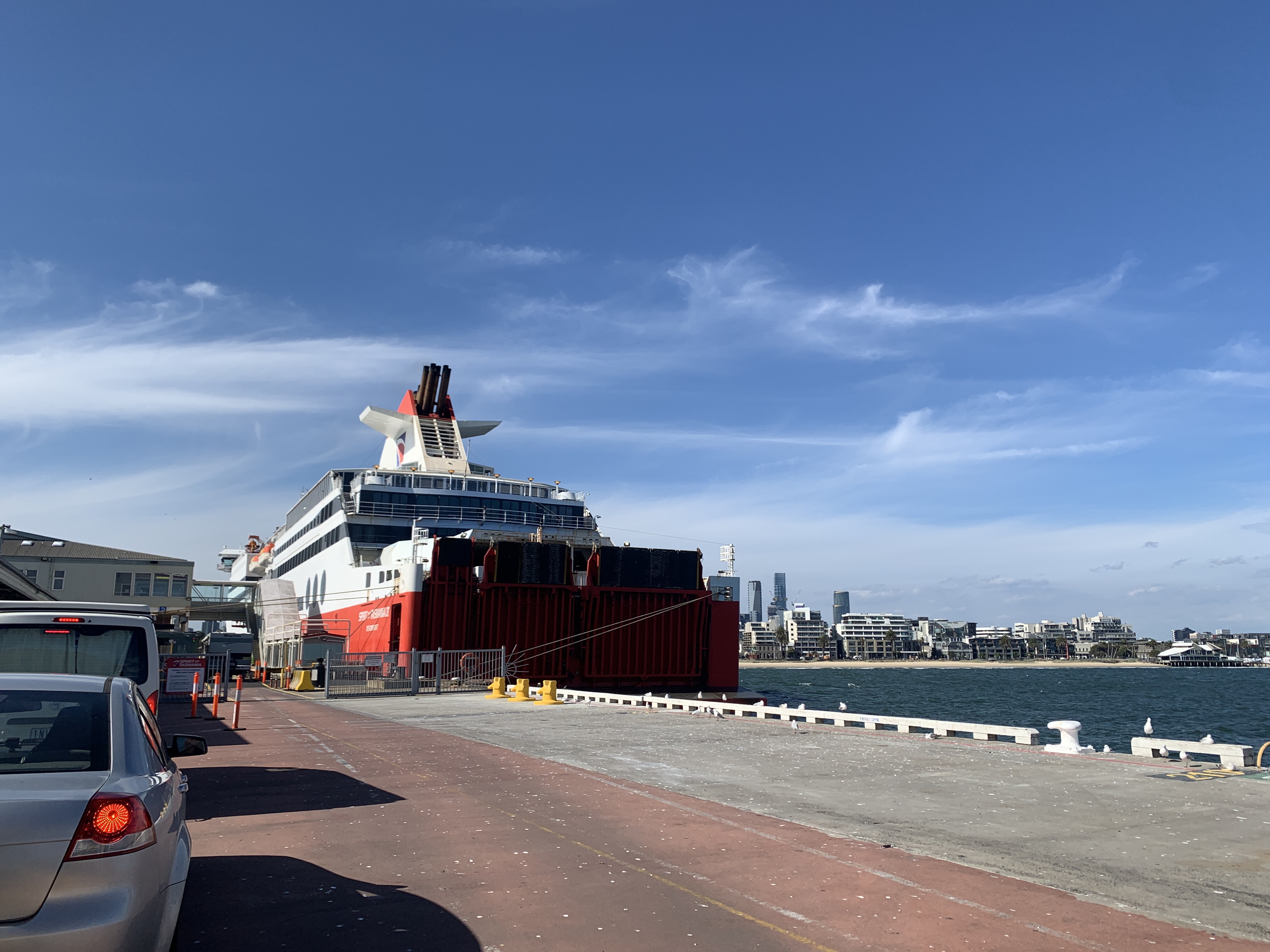 I decided to go back to Eden, a NSW border town, and spend a few days there. Staying out of Victoria altogether until the day I was due to sail to Tasmania seemed like a sensible idea. COVID being what it is, I was not sure if I would be able to get into Tasmania without the need to quarantine if I re-entered Victoria. This meant staying in NSW,  essentially going around in circles. 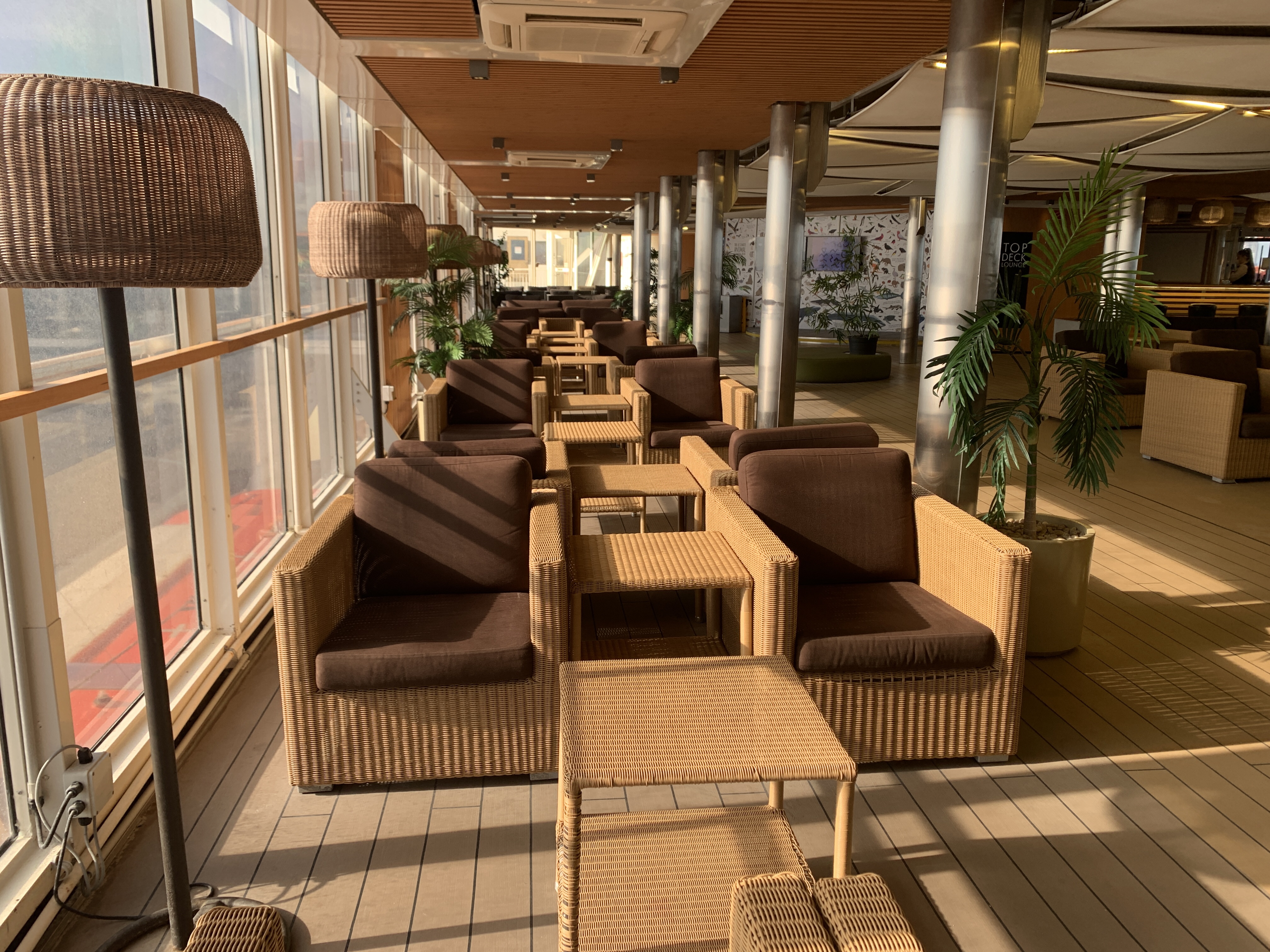 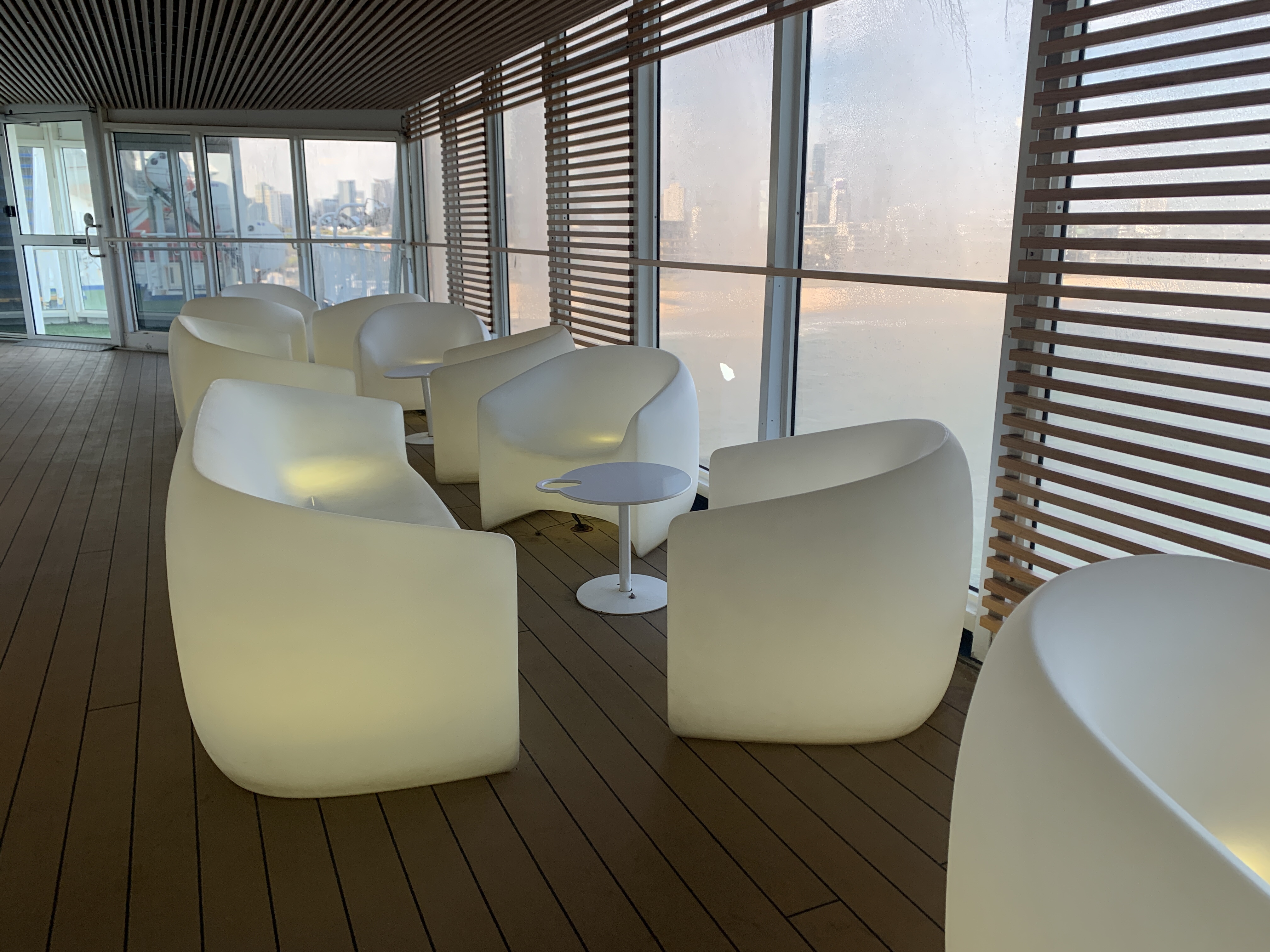 The anticipated spike in Victorian COVID numbers did not happen and the Tasmania Government reclassified most of Victoria as low risk. With the benefit of hindsight, I could have gone to Victoria after all. I could have stayed in Victoria. The question that plays out in my mind is when do you draw the line? (On changing and rearranging) How many times do you pivot?

Plan B was a solid plan. Accomodation in Southern NSW was getting very tight as people spilled out of Victoria. In the end, I visited friends in Berridale, then Batemans Bay, finally retracing my steps back to Culburra Beach to catch up with family. Culburra beach was the first stop I made on Day 1 of the road trip. I was nearly back to where I started. Sigh.

Right now I am sitting on Deck 7 of the Spirit of Tasmania to start the southernmost part of my Great Southern Road Trip. Tomorrow morning I’ll be in Devonport and then I’ll join the walking tour I’ve booked from Launceston. Things are back on schedule! My spreadsheets are reconciled! 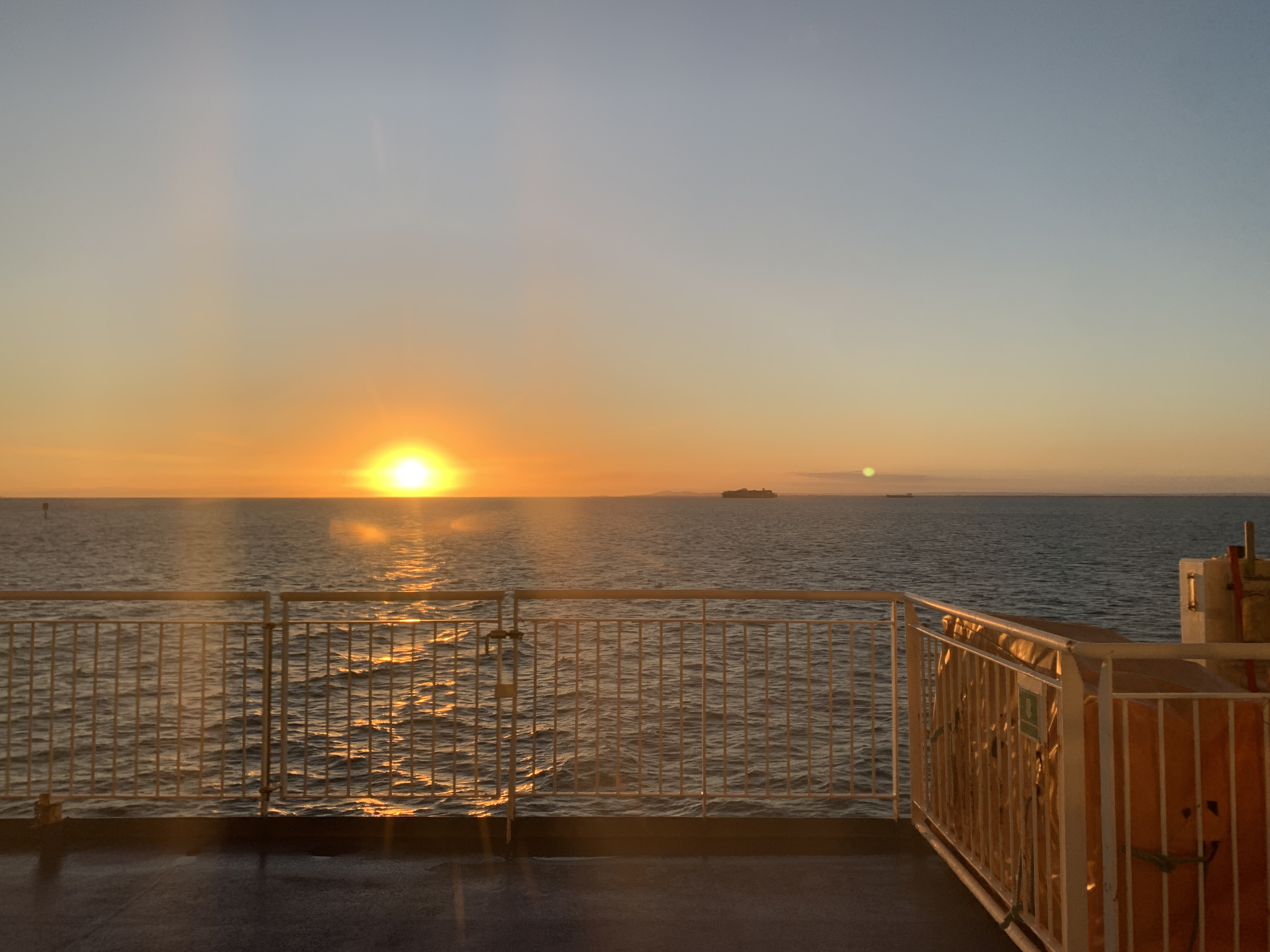 The view out the salt encrusted windows shows the sea is turning black as the sun sets. The waves are small and calm, the fabled swell of Bass Strait is still a few hours away.

In contrast, my gratitude swells. How lucky am I? I might be sitting here with a mask on  and I may have been inconvenienced by a government taking a strong response to a serious problem, but I am on a ship and I am healthy. The people around me are healthy. I am travelling. (Technically overseas!!)

In comparison, my friends in the Northern Hemisphere are stuck at home, both by the weather and the virus. Living on a big island 12,000 km from anywhere is a burden when you have to fly 22 hours to get “somewhere”. But right now, my island home, with it’s slightly nanny-state stance, is a god send. There’s plenty to do and see right here!