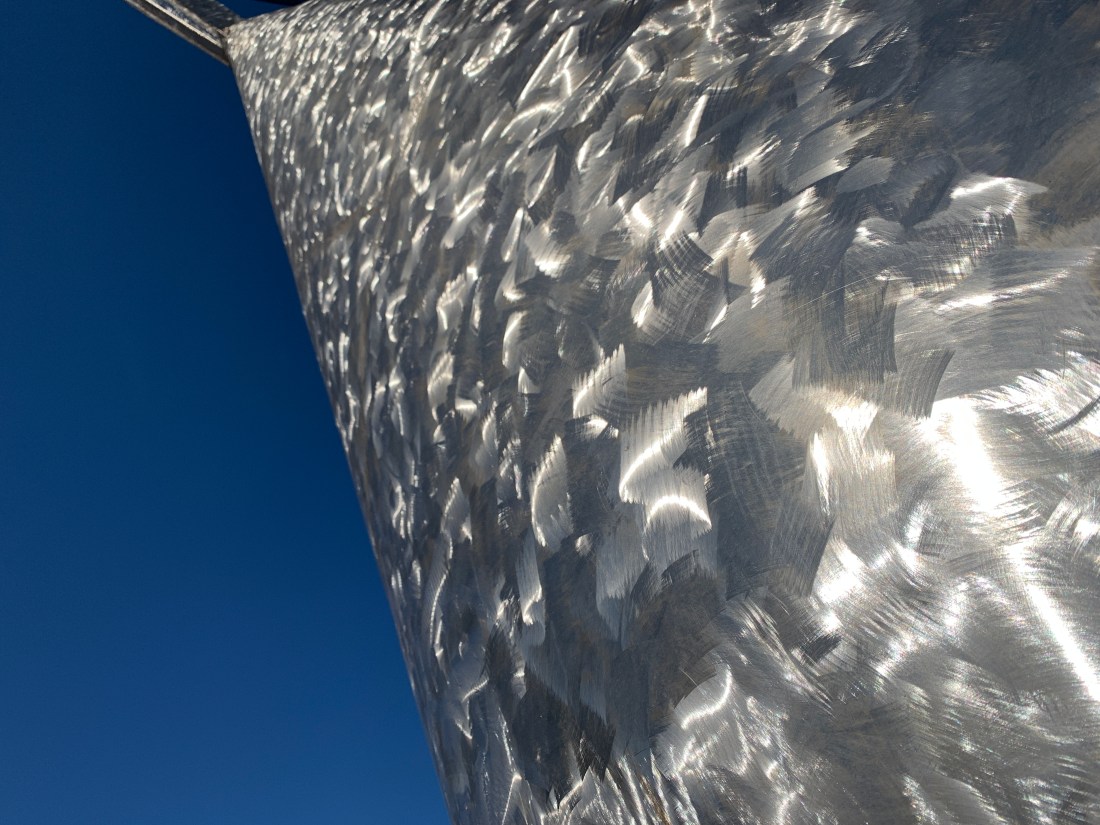 This post returns to the Snapshots of Wollongong Series. I haven’t done one for quite awhile! With lockdown still keeping us close to home in the Greater Sydney region, I went looking for some novel walks. I came across a short track that links to the Mt Keira Ring Track which I have featured in a previous Snapshot post.

The Ken Ausburn Track starts at the northern end of Northfeilds Ave, just near the big roundabout and the University of Wollongong. The track, although managed by the NSW National Parks and Wildlife, is on land owned by the University and BHP. It is named after Kenneth Ausburn, who was the first Head of Physics at the Uni and a keen bushwalker.

The Ken Ausburn Track is very short, only about 1 .5 km but it is fairly steep. There are several flights of wooden steps and boardwalks and other areas with steps made with treated logs. At the end of the trail you can turn right towards Mt Pleasant (a further ~0.5 km) or left to get to the Ring Track. This short section of about 600 m is well used by mountain bike riders so make sure you listen out for them. The track is narrow and it would be a close squeeze if walkers and riders ended up in the same section. The track is mostly bare compacted dirt. It would be a terror in the wet, so I’d recommend avoiding it on a rainy day.

You’ll see plenty of deer poop on the grassy lower sections of the track. Feral deer are a big problem in the Illawarra and their numbers are increasing. I have written a post about this which you can find in my archives.

The University is on the free city bus route. You could get off at the main Uni bus area (see map below), walk up Northfields Ave for about 400 m and join the track. The trail head is easy to find although it looks a bit like someone’s back yard. You could use this track to access the Ring Track which is NOT serviced by public transport. If you did the Ken Ausburn Track plus the complete loop of the Ring Track it would be pleasant walk coming in at under 10 km. If you wanted a longer walk you could add in the Robertson Lookout (another 2.5km).

In addition to the pleasant walk, there are two architectural treats along the way. Firstly, the Lawrence Hargrave Memorial and then the Kermira Brick Ventilation Shaft. The memorial is a modern stainless steel sculpture depicting a flying creature. It was crafted by Bert Flugelman in 1988. There is apparently a small replica in the grounds of the Uni itself. A friend told me that she watched the sculpture being airlifted in by an army helicopter when she was still in primary school. On the other hand, the ventilation shaft is constructed from red bricks and is rather elegant. It was erected in the 1890s. There are several interpretive signs on the route which point out plant species and the history of the track. It was originally a rail line for getting coal down the hill and then on to the harbour.

The best views are from the start of the track, specifically on the first flight of wooden stairs. You need to walk up a very steep grassed section first. From here you can see the city laid out in front of you and to the south, the Nan Tien Temple. As you get up higher there are too many trees blocking the view. (Darn nature!!) There is a section marked as a lookout a bit further up but it is very overgrown and you can’t see much.

As I said, you could catch the bus to the Uni. If you do drive be aware that the parking is limited and most is only for two hours (even on weekends). The section near the Uni colleges is not time limited but I think it would be hard to come by a spare space in peak periods and during Uni session times. There are publicly accessible toilets at the Uni. If you choose to add on the Ring Track, there is a toilet at Byarong Park. There is a coffee shop at the Mt Keira Summit but check the opening hours as it is not very reliable, especially in COVID times. Byarong Park has several picnic tables and is a great place to stop. Take full advantage of being outdoors and carry a packed lunch.

Of course, take enough water. Don’t be lulled into thinking it’s only a short walk and you won’t need water. It is very steep in sections and will get you puffing. If you add on the Ring Track there is no where to fill up your water bottle.