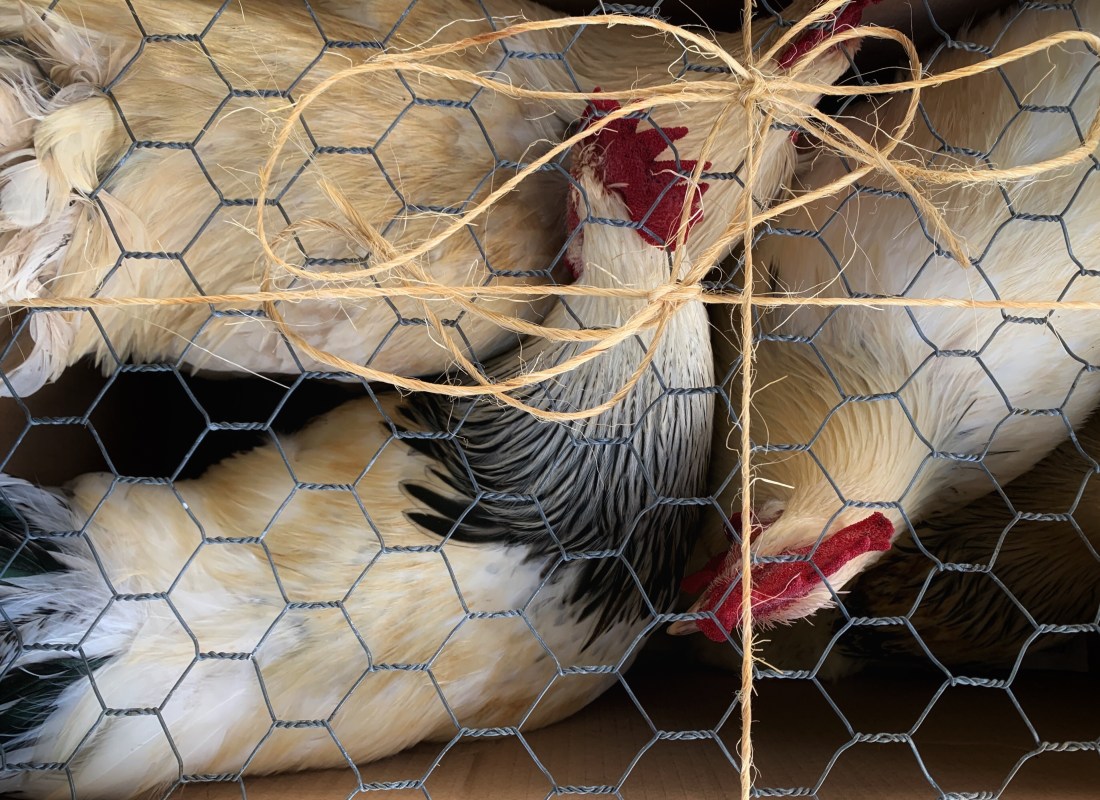 Today I went to the High Country Markets in Uralla, a little village not far from Armidale. To my delight they also had a poultry auction. It was a very new experience for me! It looked like serious business. The buyers were well prepared and seemed ready for a long morning of bidding, judging by the comfy chairs they had brought along.

The return of the mini-doc?

At the beginning of 2020, I set myself a challenge to make a weekly mini-documentary. I lasted about 5 weeks and declared myself defeated. A weekly video was more than I could manage. As we know practice makes perfect and I’ve gotten out of practice! I look back over some of my previous efforts I can see that I have lost some skills. I have certainly lost some files! The various intro and outro snips I made have vanished into my chaotic digital vortex. This little clip was made with iMovie on my iMac but I think it’s high time I booted up Adobe Premier before I forget everything I learned at the courses I have done over the years.

Perhaps I’ll get back into making some more mini-docs – they sure are fun to put together!

The poultry auction and the markets are held on the first Sunday of every month. There is the usual mix of handicrafts, plants, some produce and food vans. It’s only a small market and you could do a couple of circuits of the stalls quickly, however the poultry auction is an interesting addition to the day.

Uralla has a really nice feel about it and well worth a visit. You could make it into a full day by doing some fossicking for sapphires and garnets and then check out the hideaway cave of the notorious bushranger – Captain Thunderbolt.

The autumn weather was smiling down today and while the air was a little crisp, I’m sure if I go again in June, I’ll need to rug up! 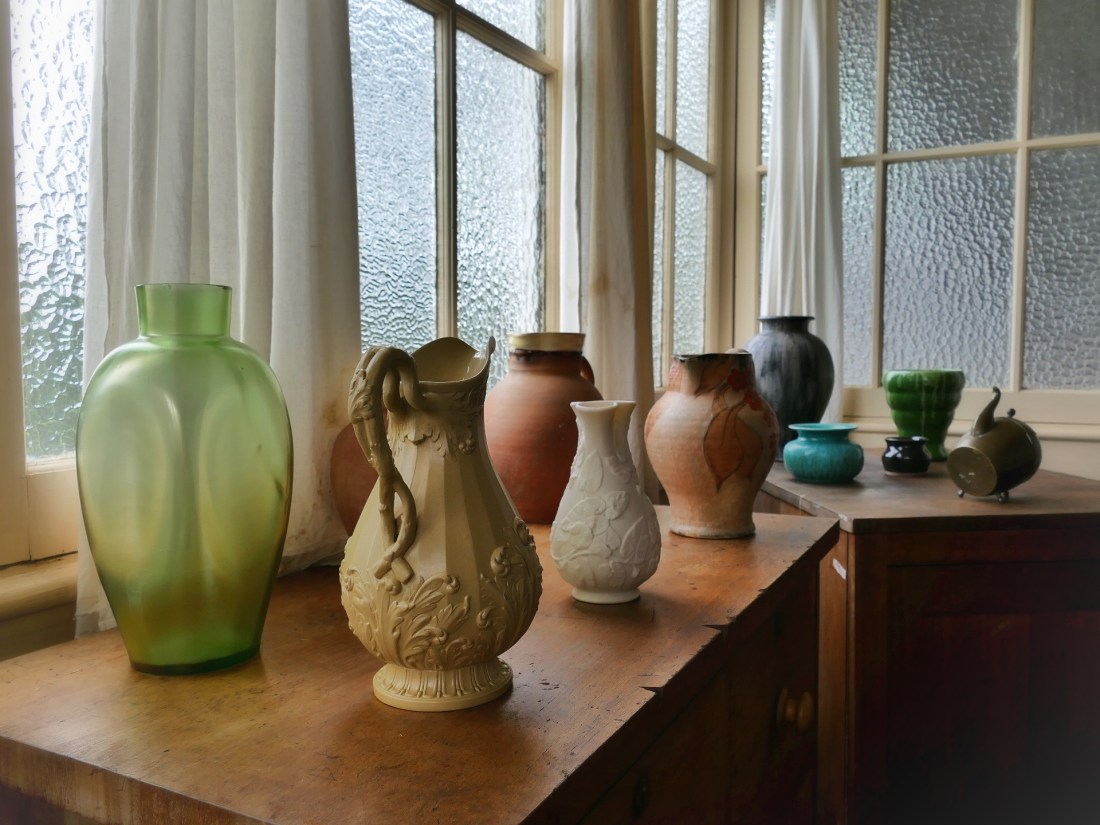 Saumarez Homestead is easy to find. Turn right at the Armidale regional airport drive until you get to the end of the runway; take another right-hand bend, rattle over the cattle grid before you go down a dirt road, pass the unfenced fat cattle, over another cattle grid, go past the National Trust welcome sign and then sweep into the car park.  Mind the mud.

The surrounding paddocks are resplendently green after  6 months of La Nina. The coast might be under 14 m of floodwater but here in the New England district the parched earth is lapping up the rain and storing it deep in its artesian wells.

The backside of the dark brick two-story homestead butts up to some smaller service buildings which house the bookshop and offices of the National Trust. A small courtyard with pots of succulents serves as a waiting room for the guided tour. Masks are donned and off we go. The view from the front entrance is very different indeed.

The Rise of the Gentleman Farmer.

Saumarez Homestead is a heritage-listed historical building owned by the National Trust of Australia . The imposing two-storey home is a popular tourist attraction for those visiting Armidale. It has a rich history which you can read on Wikipedia or at the National Trust site.

Its rooms are not as grand as those you may find in country homes of England or Scotland, but by Australian standards, they are grand indeed. High ornate ceilings, call bells and fireplaces aplenty demonstrate the rise and fall of the wool industry in this country.

In the New England district, the pastoral leases of the early 1800s  grew valuable sheep that produced high-quality wool.  These lucrative pursuits made white settlers rich while the indigenous landowners and the soil became poorer.

The life of the earliest settlers was grim. The pioneers forged the way for the gentleman farmers who conglomerated huge tracts of land that stretched into Queensland. They built bigger and bigger homes to accommodate their growing families. The township of Armidale prospered along with the farmers, eventually becoming a city.

The farmers’ progeny were able to live comfortable lives playing tennis, golf and politics. Some had a pivotal role in the establishment of local social enterprises like Mary Whites’ contributions to the founding of the University of New England. Her dream of New England becoming a separate state, however, was never realised.

Over time, living off the sheeps’ back became less profitable. The White family who had owned the homestead since 1874 had dwindled to a pair of “spinstered” sisters. (Mary and Elsie). The sisters, along with their friend Maggie, lived an independent life enjoying et alia photography, art and woodwork.  As they grew old, the house became rundown and the gardens overrun by blackberries. Elsie died in 1981 in an Armidale nursing home and the neglected home passed into the hands of the Trust.

This neglect may have been the house’s saviour. During the reign of the spinsters*, the furniture and fittings remained more or less intact. The surviving curios, artwork and fabrics are originals. The worn upholstery, carpet and lino have not been updated since the 1930s and modern-day visitors are able to feast on an authentic historical treasure.

So many of the items in the house are ones I saw in my grandparent’s home. The meat safe, the icebox, the copper and the fuel stove were all things I had encountered in working order but seeing them here in this house, in context, made me appreciate my own heritage. My mum who was with me, also appreciated the items and was able to add interesting tidbits along the way.

“Aunty Maisy had one of those and we did this with it” she’d add as we walked through the rooms with the guide.

While not to modern minimalist tastes the overstuffed rooms are cosy and welcoming. The saggy beds, the stained walls, and speckled lounges speak of simpler days. Days when living was slow by necessity not by choice.

I strive for a slow life and I like the simplicity, but I’ll keep the internet and electricity!

You can buy tickets for the homestead tour at the National Trust website or at the onsite shop.  The tickets are around $15 (cheaper for concessions and kids) You can use your NSW Dine and Discover vouchers if you pay at the door. The tours are about an hour (ours ran to 1’20”) and start with a short video presentation. The guides were very friendly and knowledgeable. Non-flash photography is allowed. The site hosts weddings and other functions.  There are extensive gardens surrounding the house but due to the aforementioned La Nina weather conditions, we didn’t get to see much of them.

*I use this pejorative term advisedly. It is the term used in books and Wikipedia articles about the Saumarez Homestead. I wonder if these independent feisty sisters were in fact, same-sex attracted women who had no other permitted outlet for their desires.