Man! Those map makers have done it again! They put the summit at the top of a mighty big hill! 😜 Yesterday I did the Mt Strzelecki Peaks Walk, one of Tasmania’s Top 60 Short Walks. It IS short but like I said it’s uphill! Nonetheless it is a pleasant walk through varying terrain and I took plenty of breaks to photograph the incredible views over the Furneaux Group of Islands and the stunning geology.

The track to the top

Mt Strzelecki is the highest peak on Flinders Island (756 m). There is a walker’s registration booth at the track head. The climb up to the summit is not (officially) a technically difficult walk. The path is well marked with bright orange waymarkers and the track itself well worn. Watch out though, as there are also a few well worn offshoots which have probably developed for those seeking a spot for a bush-pee.

The suggested time to do the 5.8 km return is 4 – 5 hours. It took me two and half hours to get up and an hour and forty minutes to get down. While I agree it was not technically difficult it still presents a challenge as the last third (??) of the track is devoted to scrambling over very large, smooth granite boulders. My pole seemed more of a nuisance than an aide in these sections and I ended up folding it up and putting it in my pack.

You can join the track from Trousers Point Road. There is an easy to spot sign and although there is no official car park there is enough room to park your car. The way out from the town of Whitemark  is well signposted.

It would be foolhardy to attempt this walk in the rain. It would be a waste of time on days with low cloud.  Foolhardy because a very large proportion of the track is up, over and between large granite boulders. A little slippery in dry weather the rocks would be outright dangerous in wet weather. In my opinion there is very little point climbing a summit if you don’t get to see the view.

I would also suggest going early in the day. In the morning most of the track is in shade. Once Tasmania’s rather ferocious sun crests the summit you’ll be in the hot, UV laden rays.

She-oaks and Tee-Tree dominate in the first flat sections. They form bowers and a soft bed of needles over the gravelly track. There are plenty of little (invisible)  birds.

These plant species give way to large gums with stringy bark and tree ferns are abundant near the small creek which you’ll cross via large stable stepping stones. There is a system of pipes dipping into the creek which I presume run down to one of the houses across the road from the track head.

As you go higher the trees are replaced by tough spiky grasses and small shrubs. There were some little yellow flowers and white paper daisies.

The track is well maintained although there were two trees down across the path on the day I did it. Not impassable obviously, but one necessitated an off track diversion.

There are some wooden steps and some cuttings into the large granite platforms which makes the going a little easier.

I’ve already mentioned it a couple of times above but the walk is ‘interrupted’ by the boulders that have fallen off the side of the sheer rock walls above. You will need to be comfortable with rock hopping. 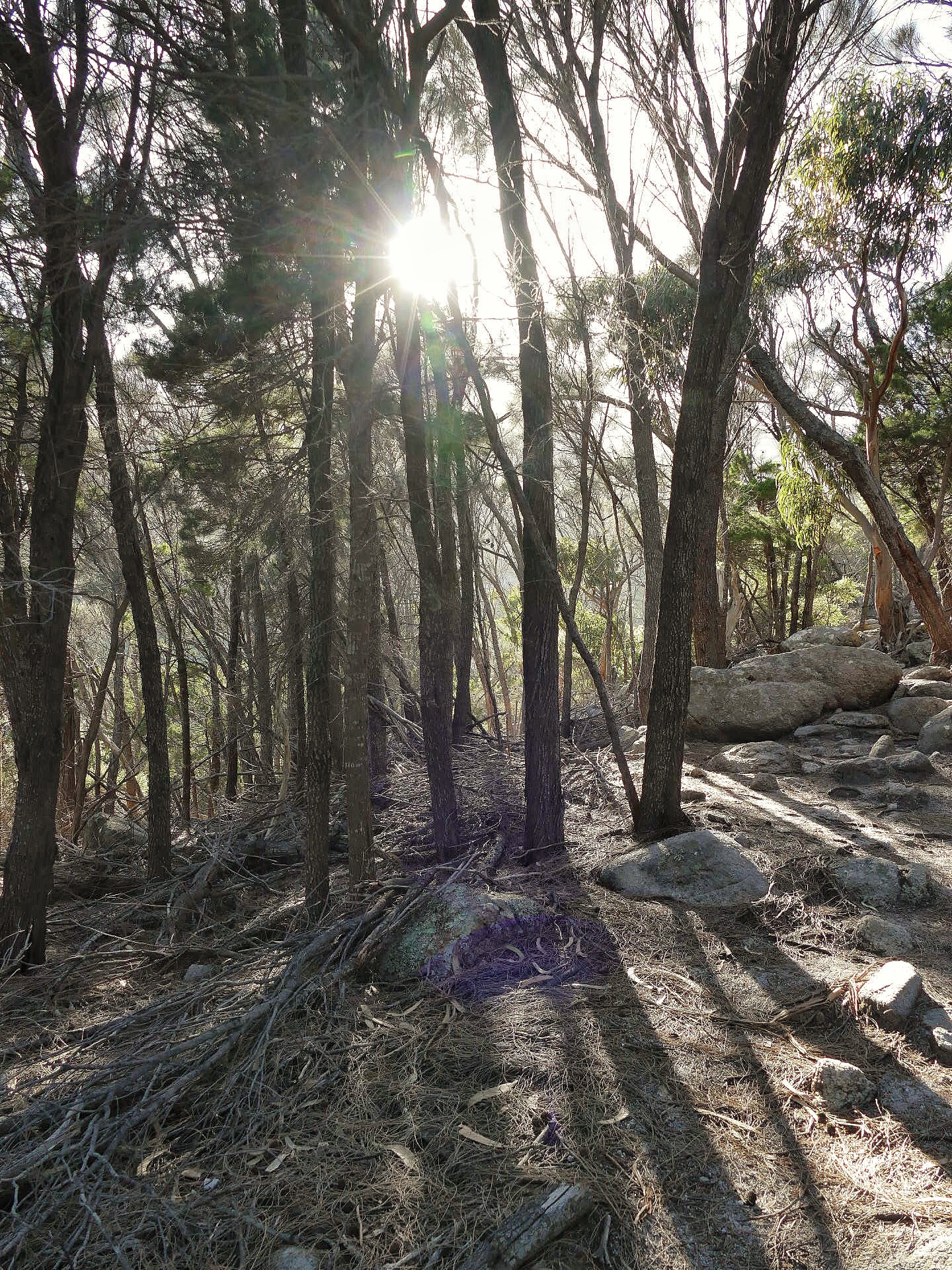 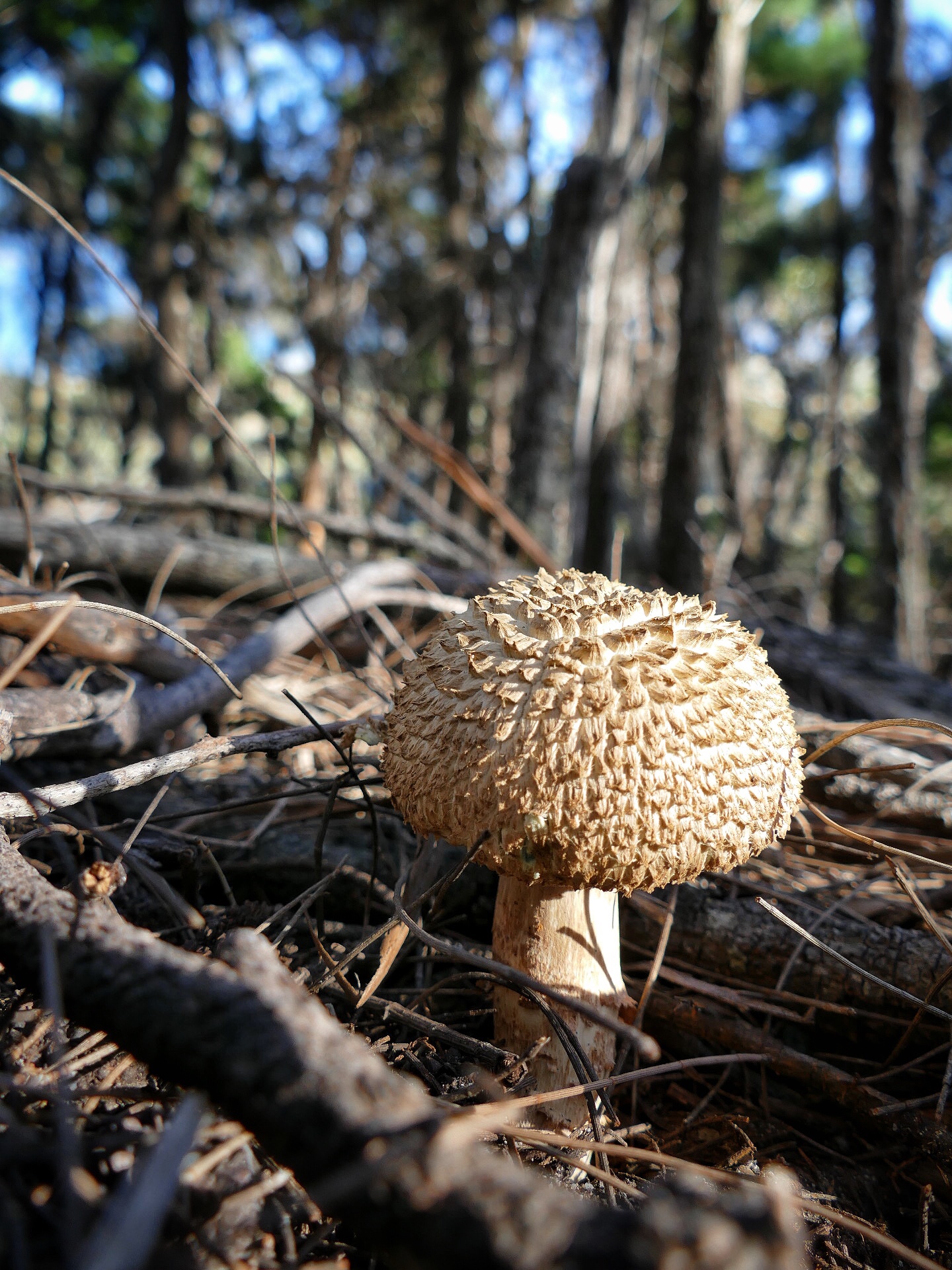 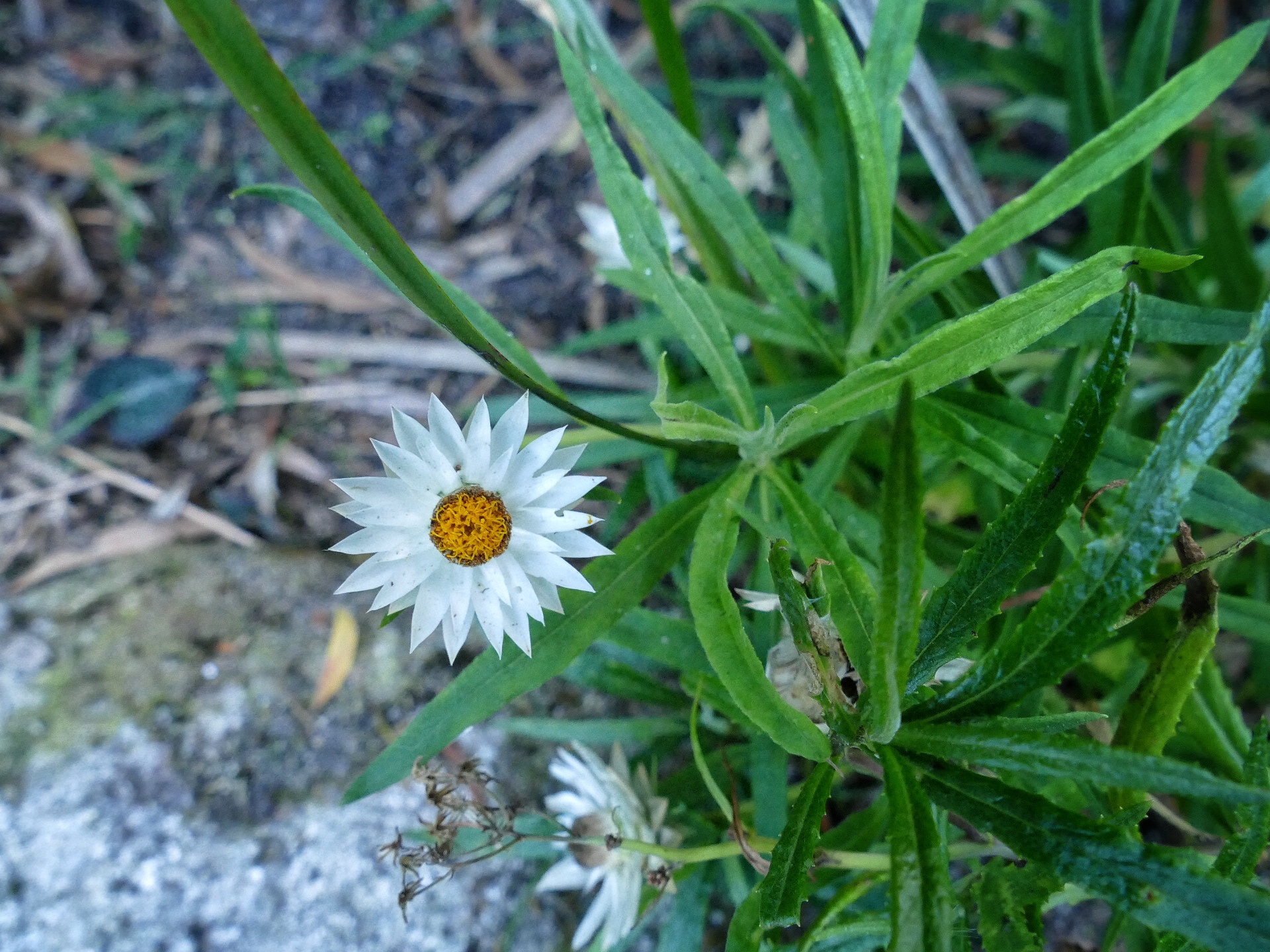 View from the top

The view from the top is, as you’d expect, spectacular! I couldn’t find a summit marker or trig spot. I sat and ate my peanut butter sandwich in the shelter of some little bushes and marvelled at how lucky I was to be able to do this walk, both in terms of being fit and healthy enough to do it but also having the means and the time to get to Flinders Island in the first place.

Flinders Island is the sort of place to go to if you like the ‘great outdoors’ and this climb is a must do while there. 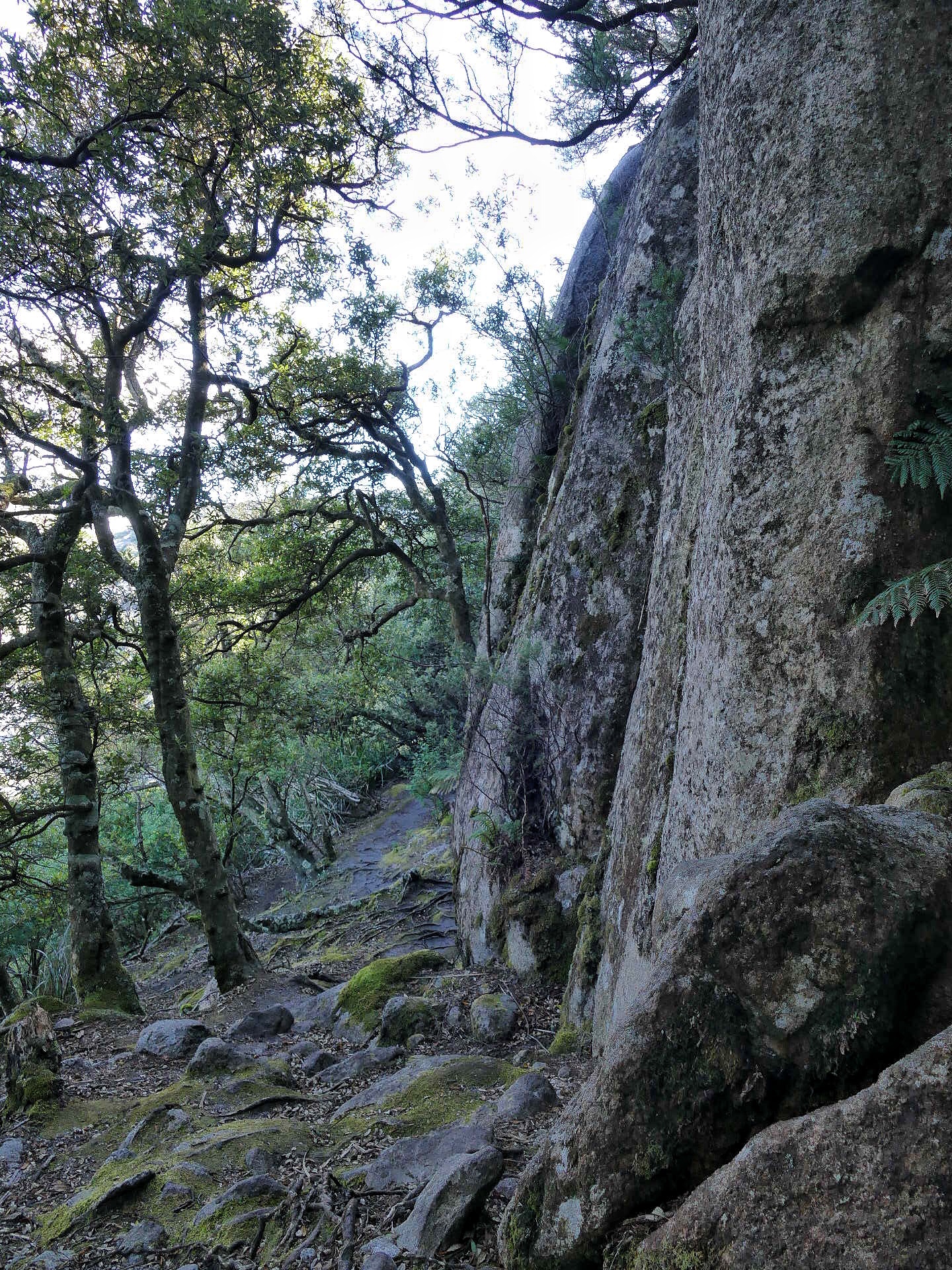 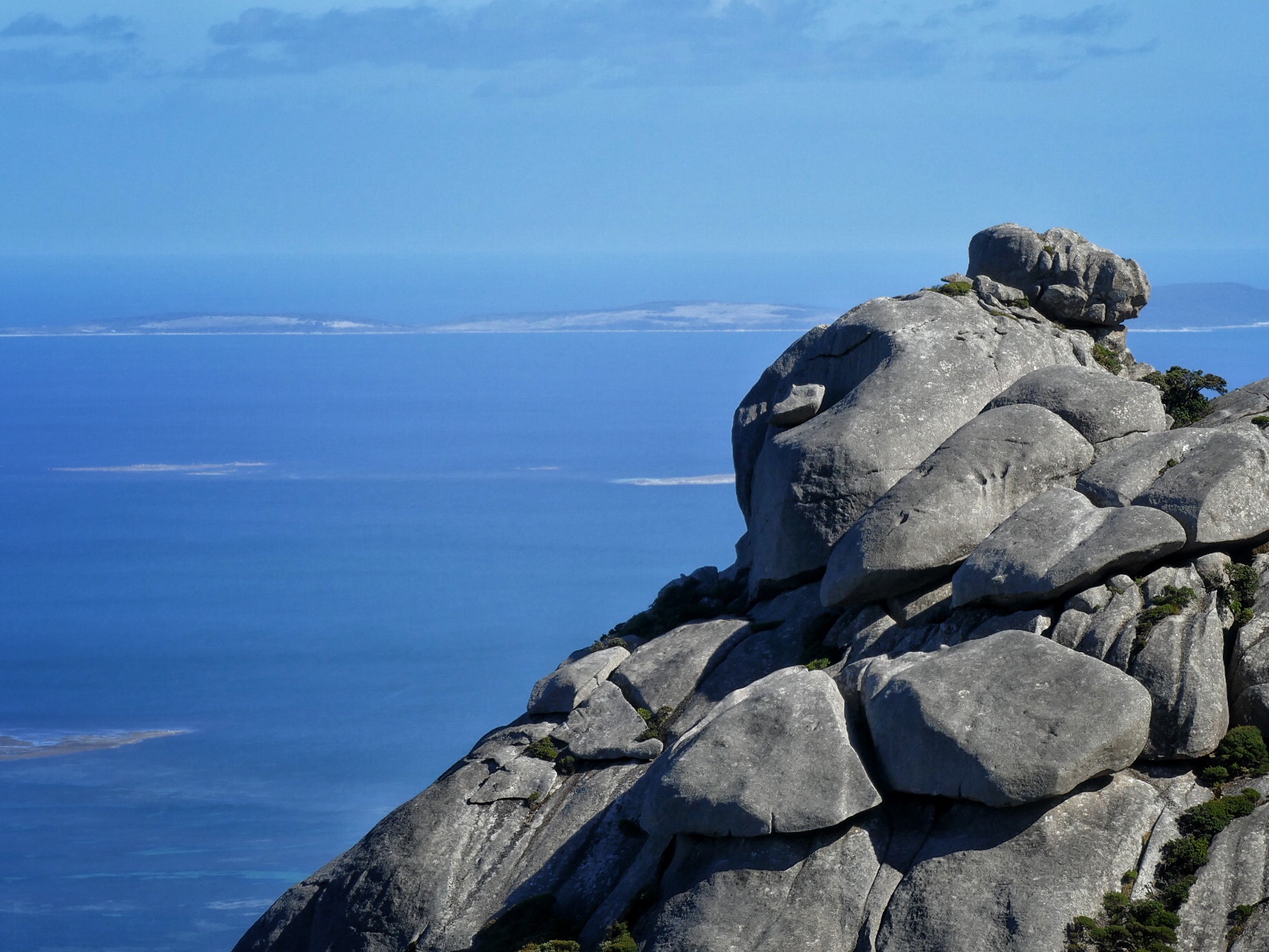 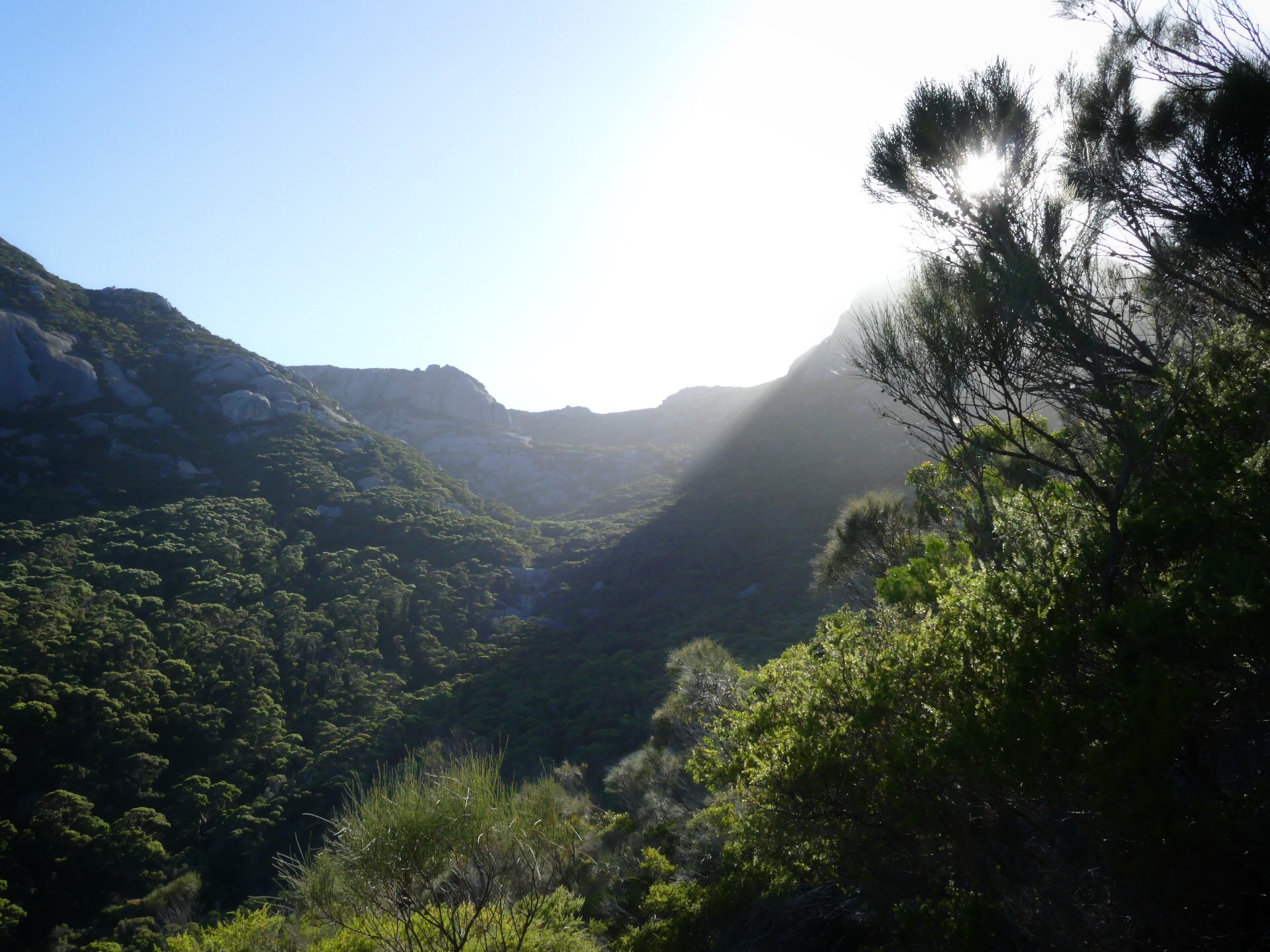 This post is prepared using my iPad so sorry for the lack of bells and whistles with the formatting!