If you have been following my stories over the last few months, you’ll know I have centred them around Frankie the Flamboyant Dresser.  Last month, I couldn’t progress the story because there was no wedding or funeral needed in Frankie’s world.

This month’s criteria fell into Frankie’s lap! I was looking for a way to create a bridge between him meeting his kindred spirit, George in the Gibson Desert, to his arrest and entrapment in the park. This story gets me part of the way there. Next month, with suitable criteria I can make to next leap.

On the other hand, I am also looking for a route to the finale where Judge O’Mallory, Andrea and Frankie join forces. But that’s beginning to give too much away!

Teetering on the window sill of the 18-wheeler rig, George was making exploratory darts left and right, up and down with his boot searching for any foothold to stop him from dropping to the ground or falling into the cab completely.

Attempting to charm the driver, a lumpy-arsed blue-singleted specimen, he agreed that yes it was a long way, but it really wasn’t that far out of his way to take them to Perth.  Or…  no… no worries, if that didn’t work for him, Adelaide would be fine too. Just anywhere other than here next to the fried-up Kombi.

Frankie, George’s companion, couldn’t resist the obvious next line, “Just smile and give him a Vegemite sandwich George! That’ll convince him!”

George twisted his neck out of the window at such an angle, that Frankie thought his head would snap right off and onto the road.

“Shut up Frankie!” George hissed “He’s agreed to take us to Adelaide. Stop acting like a dick!”

Frankie held his finger to his mouth in an exaggerated shush, “Yes Boss!”

Seconds later, Frankie was twerking down the road like an exotic dancer, singing to himself. He stopped abruptly and spun around  “Hey, where exactly is Brussels, anyway?”

Shrivelling away from George’s withering glance, Frankie spun back around and continued his dancing only to stop even more abruptly before exclaiming “Shit, I’m dizzy!” and spewing all over the road.

That ended George’s discourse with the lumpy-arsed, blue-singleted driver who unceremoniously pushed George out the window, as he put his truck into gear and sped off. Well, as fast as a fully laden 18-wheeler can speed off from a dead stop.

“Bloody wankers!” the driver yelled out the window as he rumbled away in a cloud of bulldust. 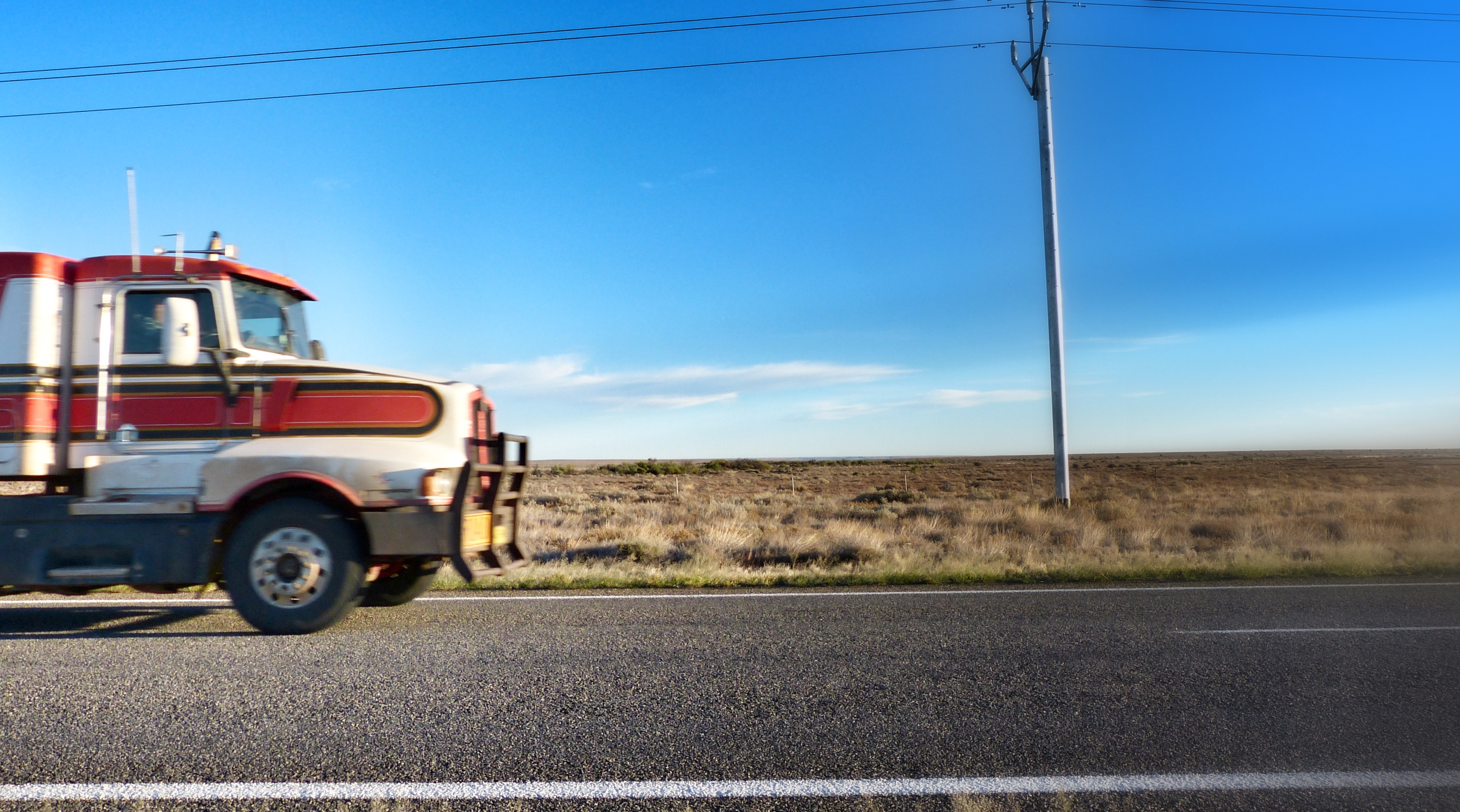 “Nice one, Frankie! Nice one! Now we’re stuck here until the next truckie comes along, and who knows when that’ll be!”

“Sorry, I  got a teeeeeensy bit too excited!” Frankie slurred, trying to defuse George’s anger with a cute voice and a gesture with his fingers showing exactly how tiny his excitement was.

“YES, I AM!!” said Frankie “And dehydrated and hungry! And smelly!”

It had been a long night since George’s Kombi had literally fried, leaving him stranded six hundred kilometres east of Broome with a lost soul he had only just met.

A long two-bottles-of-bourbon night, where Frankie and George had talked and talked about ALL the things, cementing their new friendship with secrets and dreams.

All the bourbon was in Frankie’s belly now, so it could only get better. They’d just have to sit and hope the next driver would take them to Perth or Adelaide or anywhere! Anywhere, before THEY fried.

“Hey George, do you reckon he says chunder or plunder?”

With that, George stood up with a menacing smile and rolled Frankie into the ditch whispering, “You better run, you better take cover!”

In case the cultural references are too parochially Australian, they refer to a Men at Work song  From the Land Down Under, a big hit in the 1980s.