My Snapshot series has forced me to go out and do some research in my home town, venturing into some unknown places. This Photo Safari took me to Cringila about 8 km from my home.  As I parked my car on the main street to begin my reconnaissance a smartly dressed older man said “hello!” He looked at me intently, waiting for my answer. I said hello back. He said, hello again. It went on for a few more hellos on his side and when he seemed, satisfied, he moved on.

I watched him walk down the hill and my eyes were drawn to the contrast of the suburban red-tiled rooves against the backdrop of a massive steelworks. The plumes of steam emanating from the tall stacks filling the already smoky sky with white clouds.  The sound of a  relentless flow of traffic drifted up towards me from Five Islands Road.   The sky was smoky, not due to the smoke from the stacks,  but rather from bushfires that had been burning for the previous week in Newcastle some 240 km away.  It gave my expedition a suitably gloomy flavour. 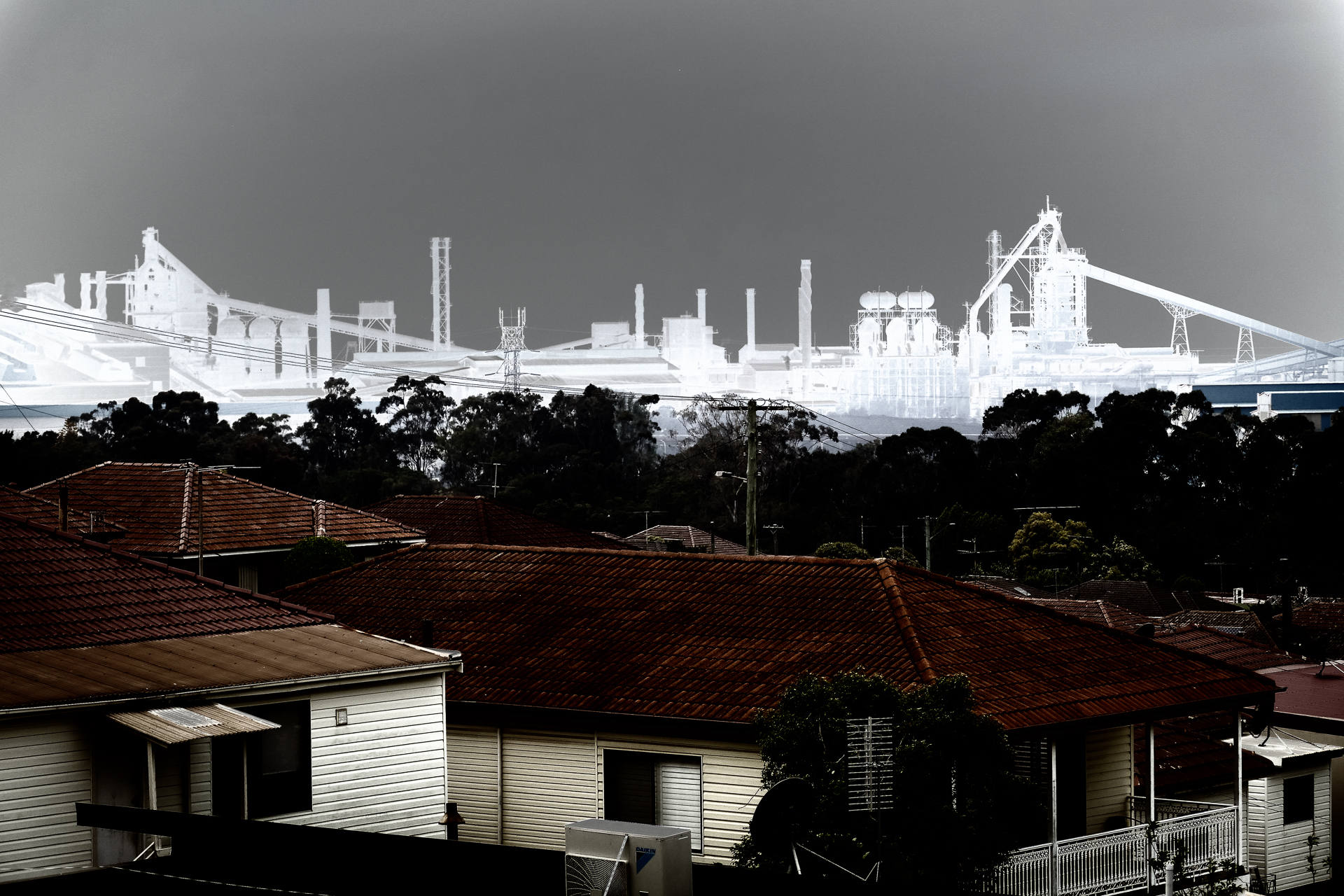 Cringila, a small suburb made up of only eighteen streets, is surrounded by heavy industry. The Steelworks in Port Kembla is literally across the road and is connected to Cringila by a few footbridges that lead directly into the steelworks itself. The houses are older but substantial, their tiled rooves capping external walls clad with aluminium siding or fibro. While I did not wander into the suburban depths of Cringila, it was evident that the properties here are “fixer-uppers” on big blocks. A first home buyers paradise.

The town started off as Steeltown and rose up in direct response to the steelworks. Its original inhabitants pitching their tents and building shacks on the boundaries. Despite being surrounded by industry a substantial portion of the suburb is green open space. (Open as it turns out due to it being contaminated with waste from previous industrial dumping and therefore unfit for use)

At one time Cringila had an interesting claim to fame. This suburb topped the charts for the highest number of non-English speaking migrants of any place in Australia. It still holds that title for Wollongong. Only 25% of people who live in Cringila have both parents who were born in Australia and 48% of all residents were born out of Australia. Macedonian and Lebanese families represent 15% and 11% of the population, respectively. 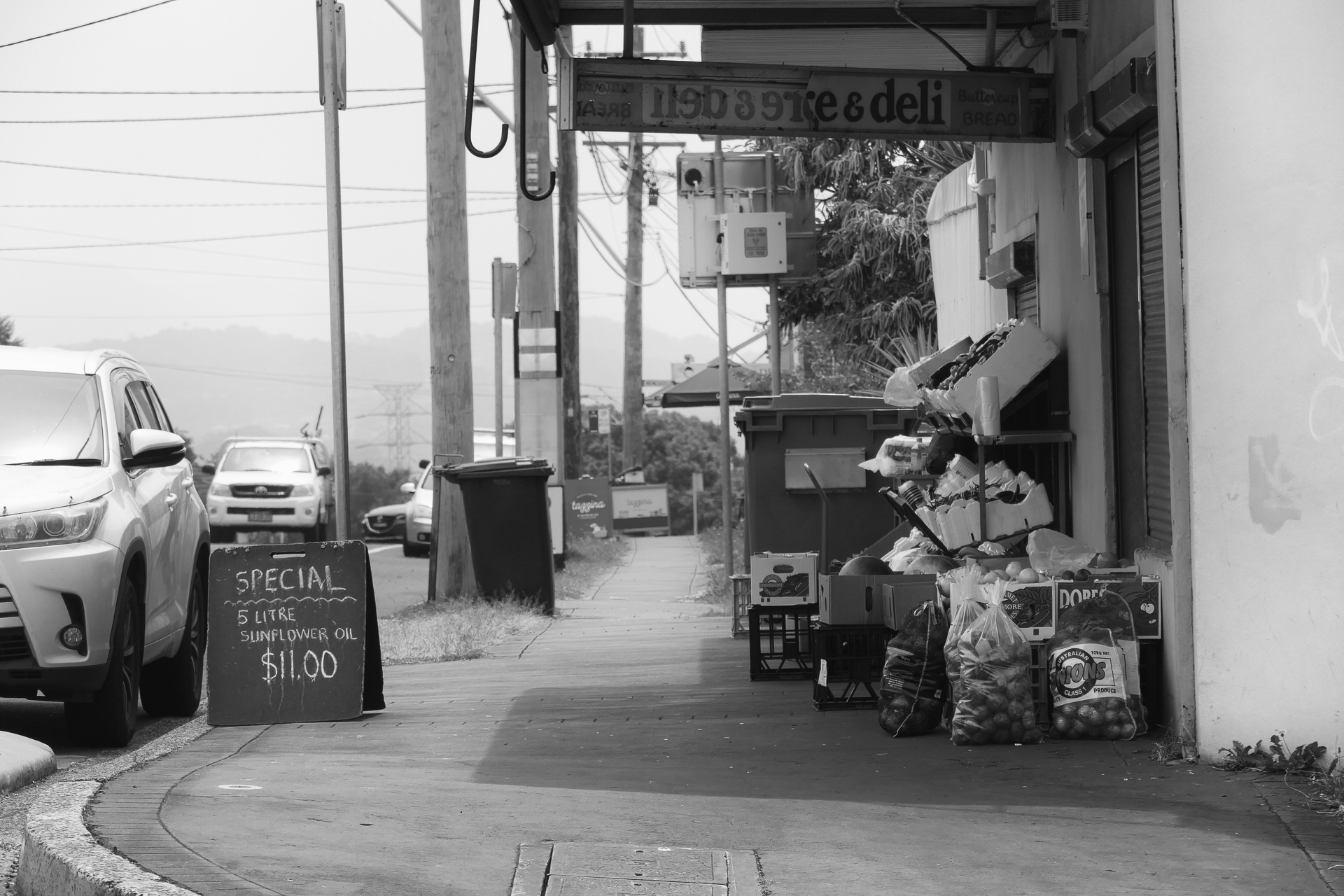 I didn’t have the courage to go into the Cringila Pub, I was turned off by its reputation for having topless waitresses. They did have a very funny sign out the front a few years ago, advertising itself as a  “husband day-care service”. Now their website says “Just your true South Coast local – Beer n Boobs” 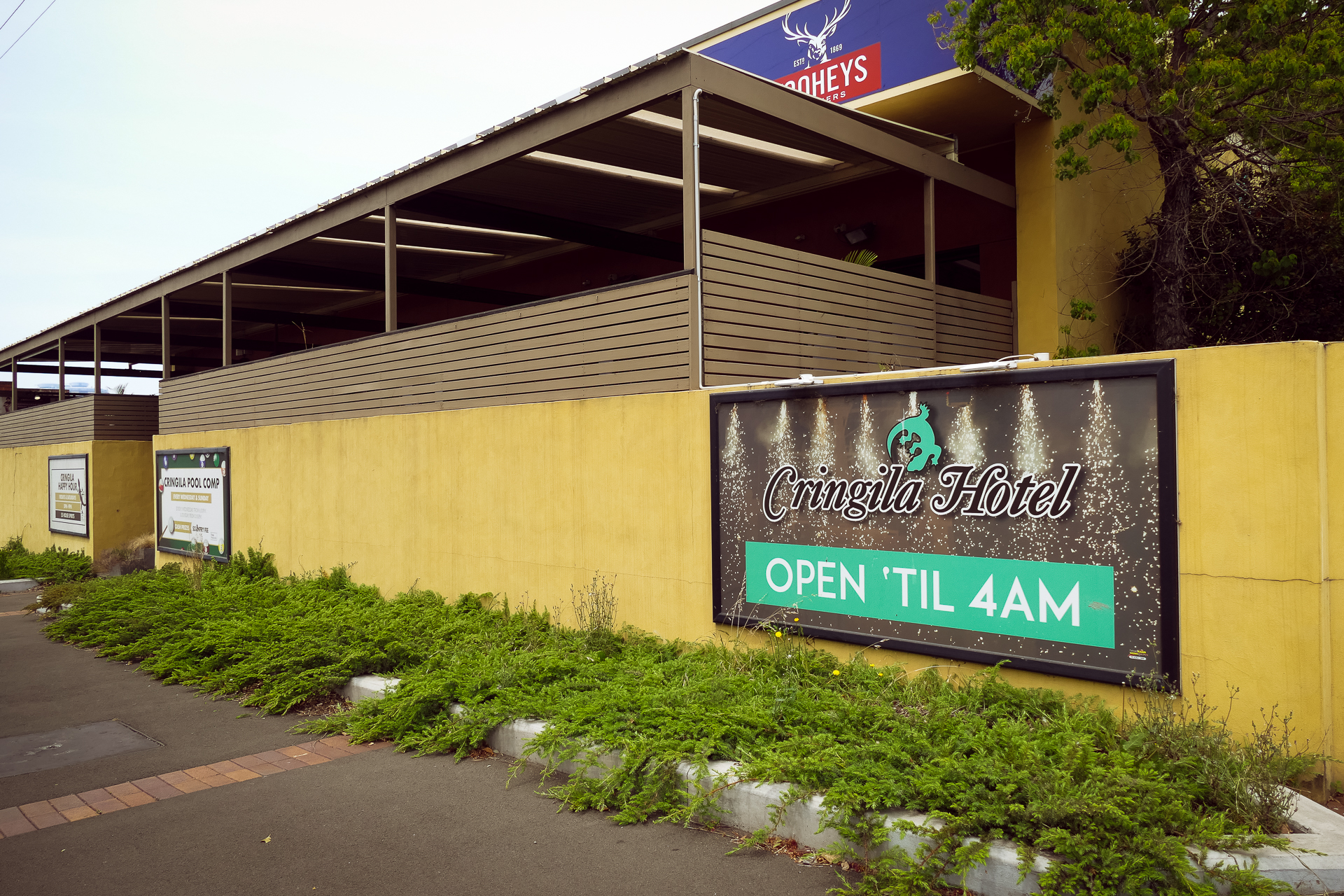 The two burek shops both claimed to sell the best burek. I had never had burek before but I can tell you I’ll be having it again! I bought a piece (? or are they slices?)  from Bitola Burek for $6. The woman who served me brought out the burek in a flat circular tin and tipped it onto a hot plate. We chatted as she flipped it a few times to crispen it up.

She cut the large 30 cm round into quarters and wrapped up my quarter in white paper. I intended on taking it home and eating it later but as I carried it to the car the smell was irresistible, so I broke off a chunk to taste! Devine! The golden, flaky pastry was simultaneously crunchy and chewy while the filling was a tasty mass of gooey cheese with a flavour similar to feta but milder and stretchier.  (According to a recipe I just googled it is a mix of feta and mozzarella… or the Macedonian versions thereof)  $6 worth was enough for me for two meals.  I’ll have to go back and try the other shop to compare!

3 thoughts on “Snapshots from Wollongong – Cringila”