U is for Unanderra

Let’s face it! Some parts of Wollongong are going to be more exciting than others, but it would appear that Unanderra (You-nan-derra) is the spiritual centre of Wollongong.  According to Wikipedia, its only attractions are a Catholic Church, an Orthodox Syriac Church and the biggest Buddhist temple in the Southern Hemisphere – The Nan Tien Temple.

Apart from this, Unanderra has a railway station, a couple of primary schools, a small shopping centre and that’s about it. There is one pub and a large leagues club, Wests Illawarra. Wests is open 21 hours a day, every day of the year. You can’t tell me that place is not sucking people dry with its poker machines.

Unanderra is near Lake Illawarra on one of the broadest, flattest parts of the Illawarra coastline. It is a mixed bag of residential dwellings and industrial properties. Many of the business located here are related to the steel and coal industries. 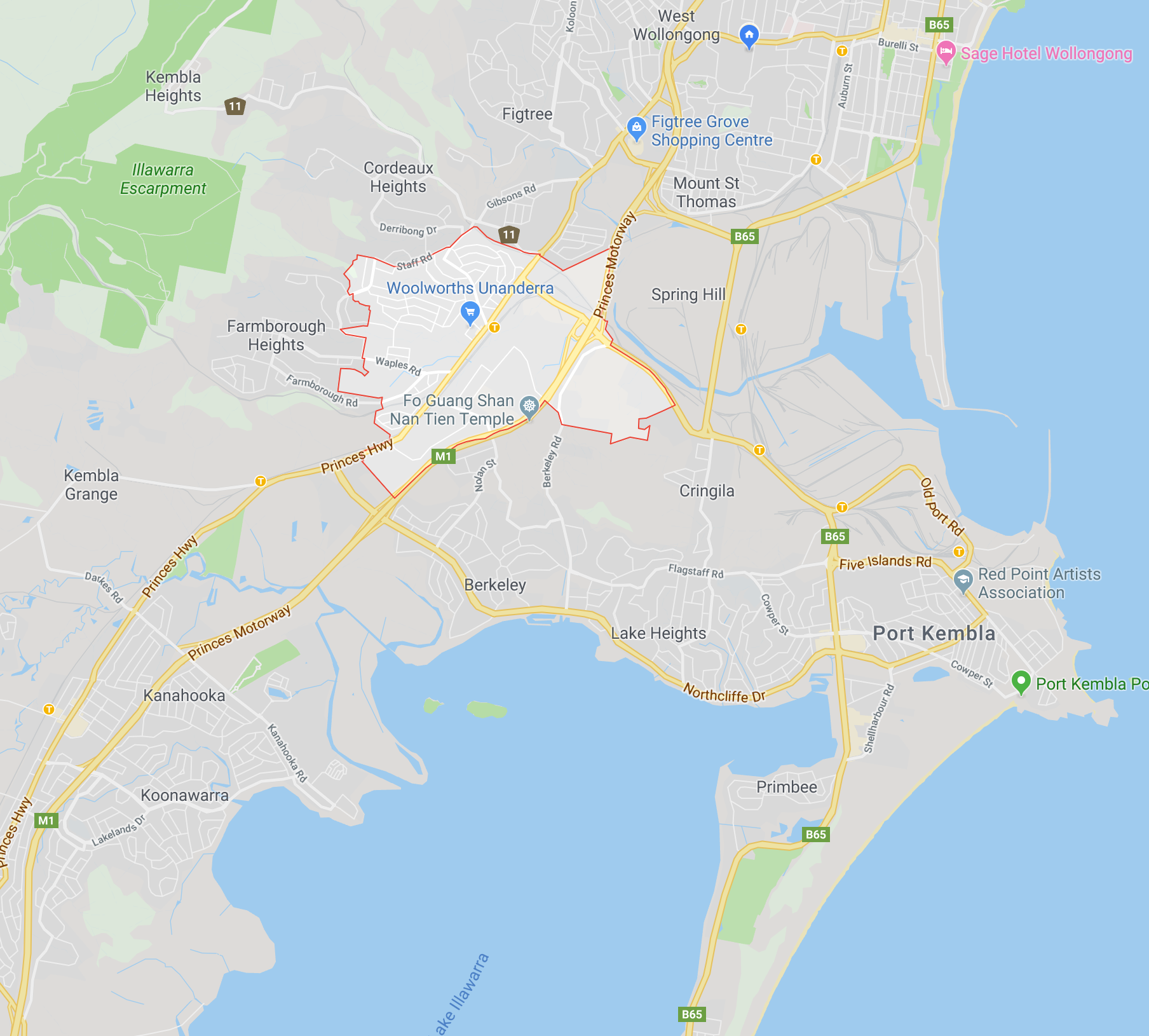 The Nan Tien Temple is set in magnificent gardens and is right on the border between the suburbs of Berkeley and Unanderra. The temple is a popular destination for tourists and locals alike. The complex boasts a large conference centre,  100 rooms of accommodation and a popular vegetarian restaurant. More recently the Nan Tien Institute has opened and offers courses for postgraduate studies as well as professional learning in applied Buddhist studies, wellbeing and mental health.

You can stay at the temple for a 2 or 3-day weekend retreat or a week-long monastic stay. These retreats offer participants an opportunity to understand the tenets of Buddhism.

Some other random facts about Unanderra

The RSPCA shelter for Wollongong is in Unanderra, so if you are looking for a rescue pet that’s the place to go.

It is home to the Illawarra Hockey Stadium, and it would seem most of their local couriers have the offices there so if you miss a delivery you have to head there to pick it up!

On the down-low, I shop at the Woollies (Woolworths)  at Unanderra because I had read somewhere that it is the cheapest one in the Illawarra. I never knew that the prices varied between Woollies stores, but apparently, they do. It’s not my closest one, but it is a bigger store, and I know the layout!