Port Kembla is the industrial heart of Wollongong. Home to a massive steelworks that dominates the horizon from many vantage points, it is often considered grubby, polluted and frankly, a place to avoid. The main street has a reputation for being a cruising zone for those seeking the services of prostitutes.

Cloud factories are continuously pumping out steam and presumably other chemicals, and there is an eternal flame burning off gases that lights up the night sky.

At the end of Cowper Street, you’ll find a long sandy beach and a spectacular ocean pool. Unlike other sea pools in the Wollongong area, the one at Port Kembla is not fed by the tide. It stands a little above the beach and is surrounded by gorgeous rich yellow walls which give it a very Mediterranean feel. The kid’s pools are well shaded, and there are plenty of places to lie about in the sun on the grassy hill. 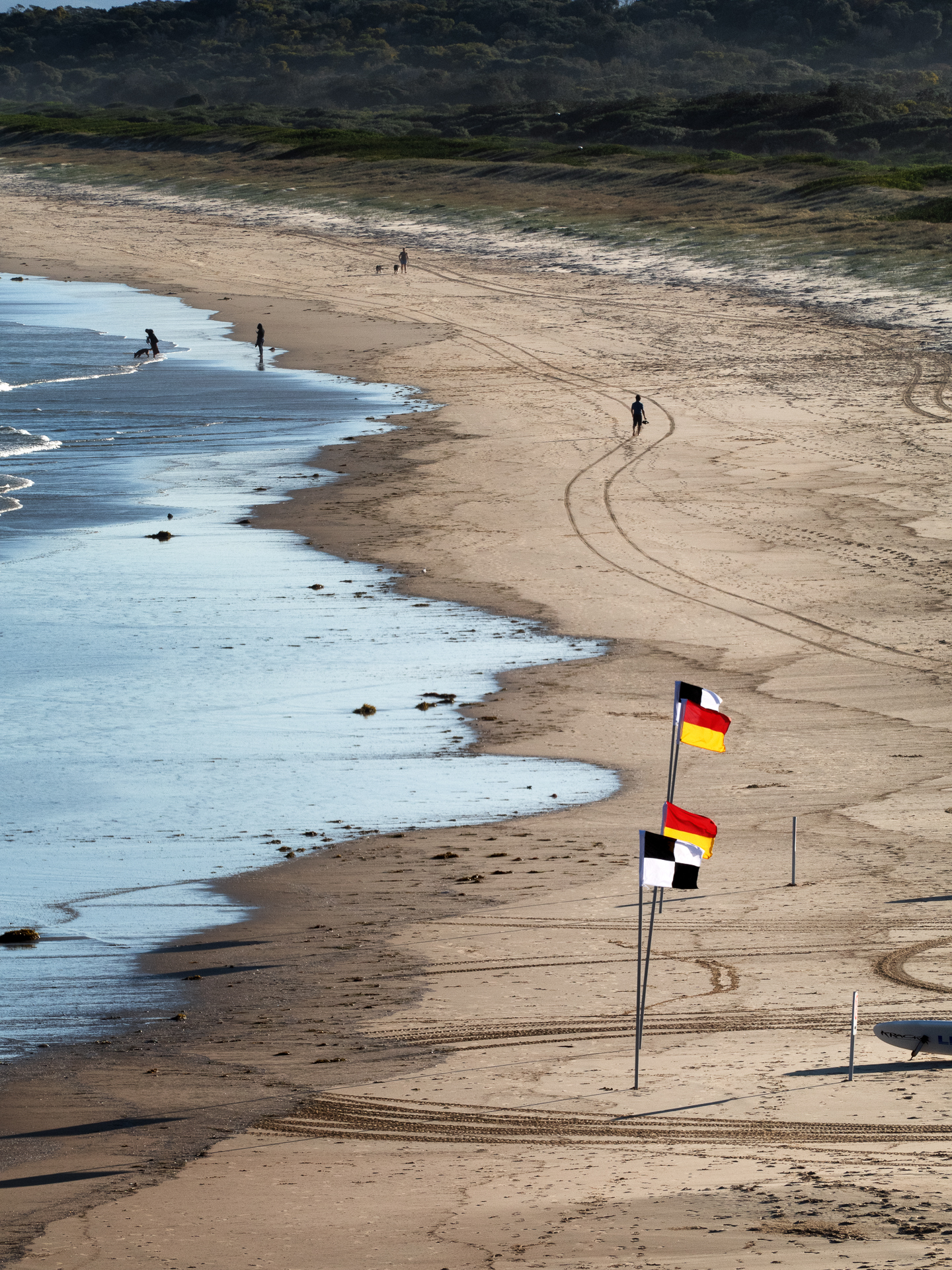 The main retail strip is along Wentworth Street. It boasts 3 pubs (one of them closed) a night club (The Vault) and a few cafes and the quirky Wentworth Emporium. At 3 pm on a Saturday afternoon, most of the shops were closed. Through the glass, the cafes looked pretty hip and funky.  Joanne, who opens the Emporium on Fridays and Saturdays, said that business is pretty slow. Her primary source of income being her adjacent upholstery shop. The Emporium is a mix of homewares, bric-a-brac, and potted succulents. (ETA: The Emporium is now closed)

On the bright side, the area is rebranding itself as an artist’s colony.  The Red Point Artists’ Association is a cluster of businesses that includes a gallery, cafe and several studios from which local artists run workshops and sell their wares. A bulk no waste grocer also opened in 2020.

There is a small museum near the eastern breakwater wall of the deep water harbour. Originally an observation station built in WWII, it is now home to the Maritime Services Board and the NSW Water Police. The outdoor area has several battery points and some intriguing white pyramids that were moved there from Berkeley Beach. The pyramids were tank barriers and placed on the beach to prevent Japanese tanks from landing on our shores in the 1940s. They now serve as fascinating photographic subjects!

I get the feeling that Port Kembla is a sleeping giant and waiting for a boom. It would be a great time to get in and buy some property on the cheap and wait for the gentrification to happen.

This post is part of my Snapshots of Wollongong series