Part 3 of the ongoing series on lighthouses

Going to Scotland gave me a chance to photograph some of my favourite subjects – lighthouses. According to the Northern Lighthouse Board, there are 206 of them. That’s  140 odd less than Australia. The wriggly, rugged Scottish coastline is ~16,500km (if you include all the islands) compared to the 25670 km needed to encircle Australia. A ratio of about 2:3. The surface area of Australia is 100,000 times bigger than Scotland. This gives you a really good idea of just how wriggly and rugged that Scottish coastline is.

With so much competition for my time, I only got to visit a very few of them.  Some “visits” only a fleeting glance from a ferry deck while at others, I had a more expansive visit.

I have done my best to pinpoint location, but my memory is a bit patchy on some, and I can only give a  guestimate based on where it appears in the sequence of other photos taken. If I have incorrectly labelled any, please let me know in the comments below!

You can see my posts about Australian lighthouses and lighthouses in Maine by following the links.

Ardnamurchan Lighthouse
The Ardnamurchan Lighthouse (above) is built on the most westerly point of the British mainland and is approximately 20 minutes from the Kilchoan Ferry Terminal. There are a shop and cafe on-site, as well as guided tours. You access it via a long, narrow, one-way, walled road. Stop at the traffic lights and be patient, it takes a little while to go green! It is also a great place to do some whale spotting. I saw two very large fins which I decided were orcas but more likely to be Minky whales. (My camera does not have a strong enough zoom to get good pictures) There is also a lovely little cafe (Puffin Coffee) on the way which is well worth stopping at. 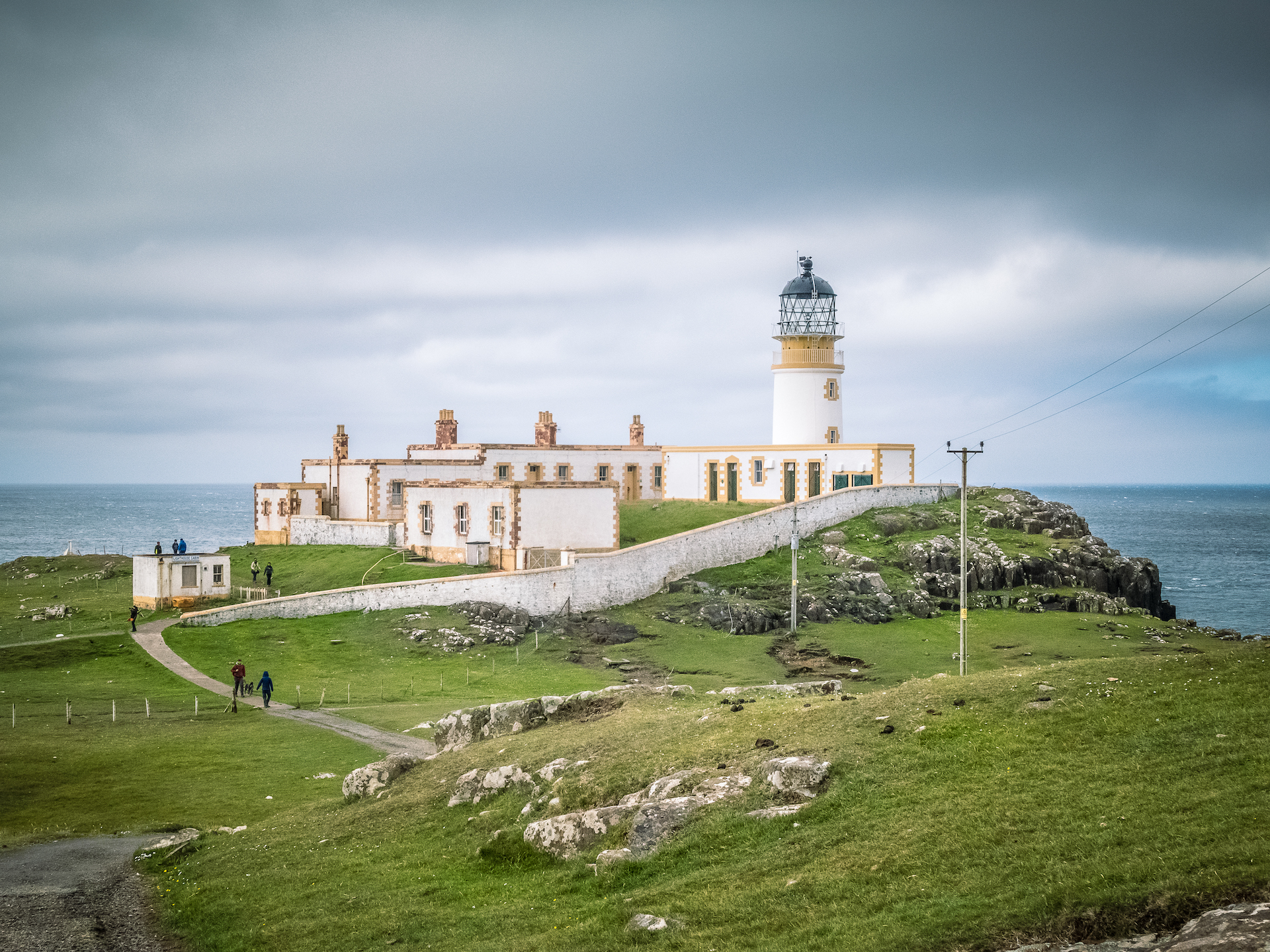 Neist Point Lighthouse on the most westerly point of the Isle of Skye is set amongst some spectacular scenery. The carpark was packed the day I was there, and there were plenty of people making the trek down the very steep path to a grassy meadow below.  I noticed that some people were finding the pathway very challenging, and I recommend you wear shoes with a good grip and have a reasonable level of fitness.

Weathered details on the Keeper’s hut

View from just below the car park of Neist Point Lighthouse
There is not much nearby, although I would recommend the Red Roof Cafe, which is less the 5 miles (8km) away. This cafe has excellent vegetarian food that even the most committed carnivore would enjoy! They have a splendid array of very interesting tea as well. Their French Earl Grey was amazing! 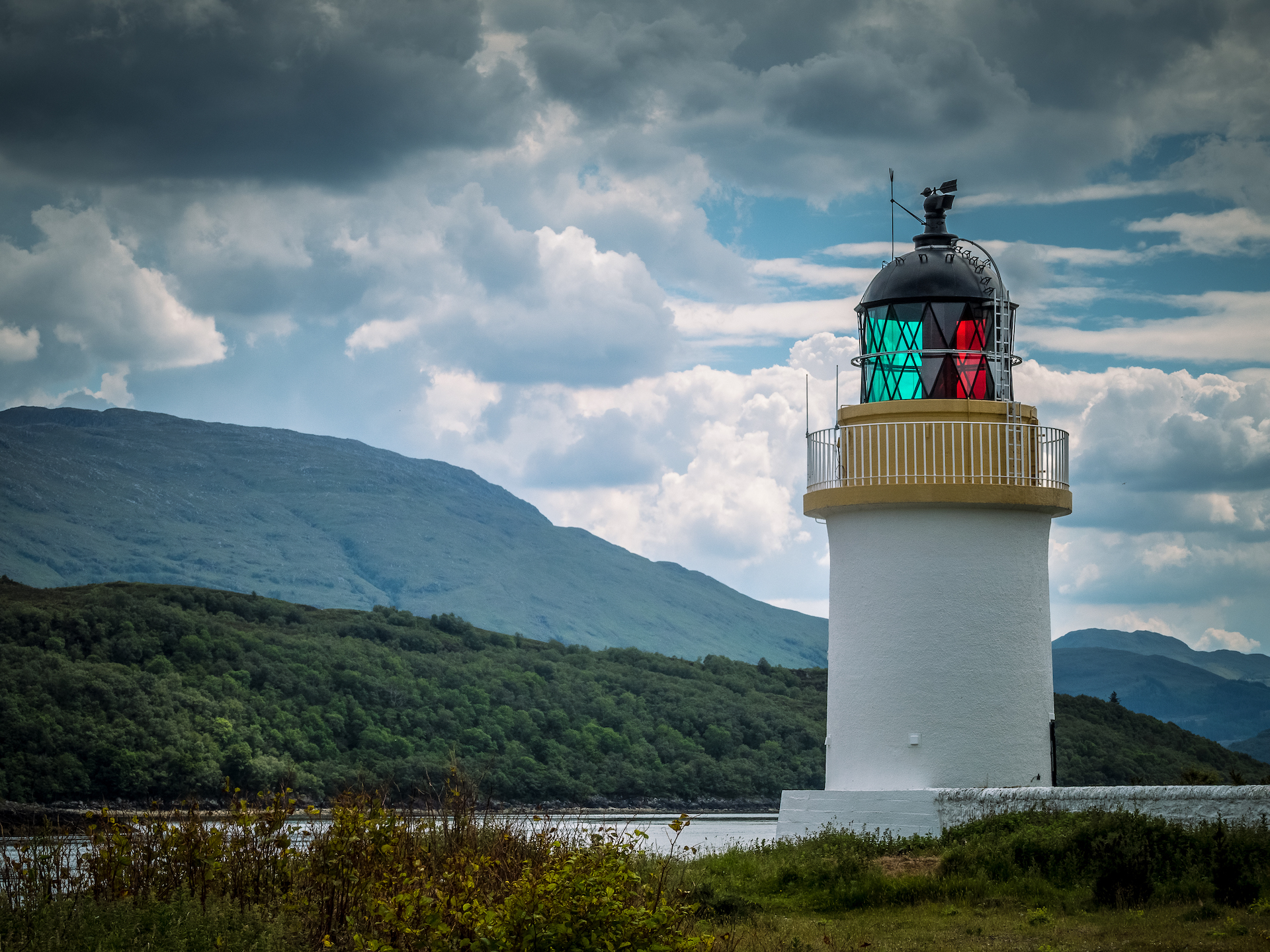 What a strange place for a lighthouse! Inland? On a Loch? The job of the Corran Lighthouse is to guide vessels through the very narrow, Corran Narrows on Loch Linnhe  On the other side of the loch, is Fort William. I didn’t stop here beyond jumping out of the car to get the shot. The Keepers’ Cottages are now used as luxury self-catering cottages. 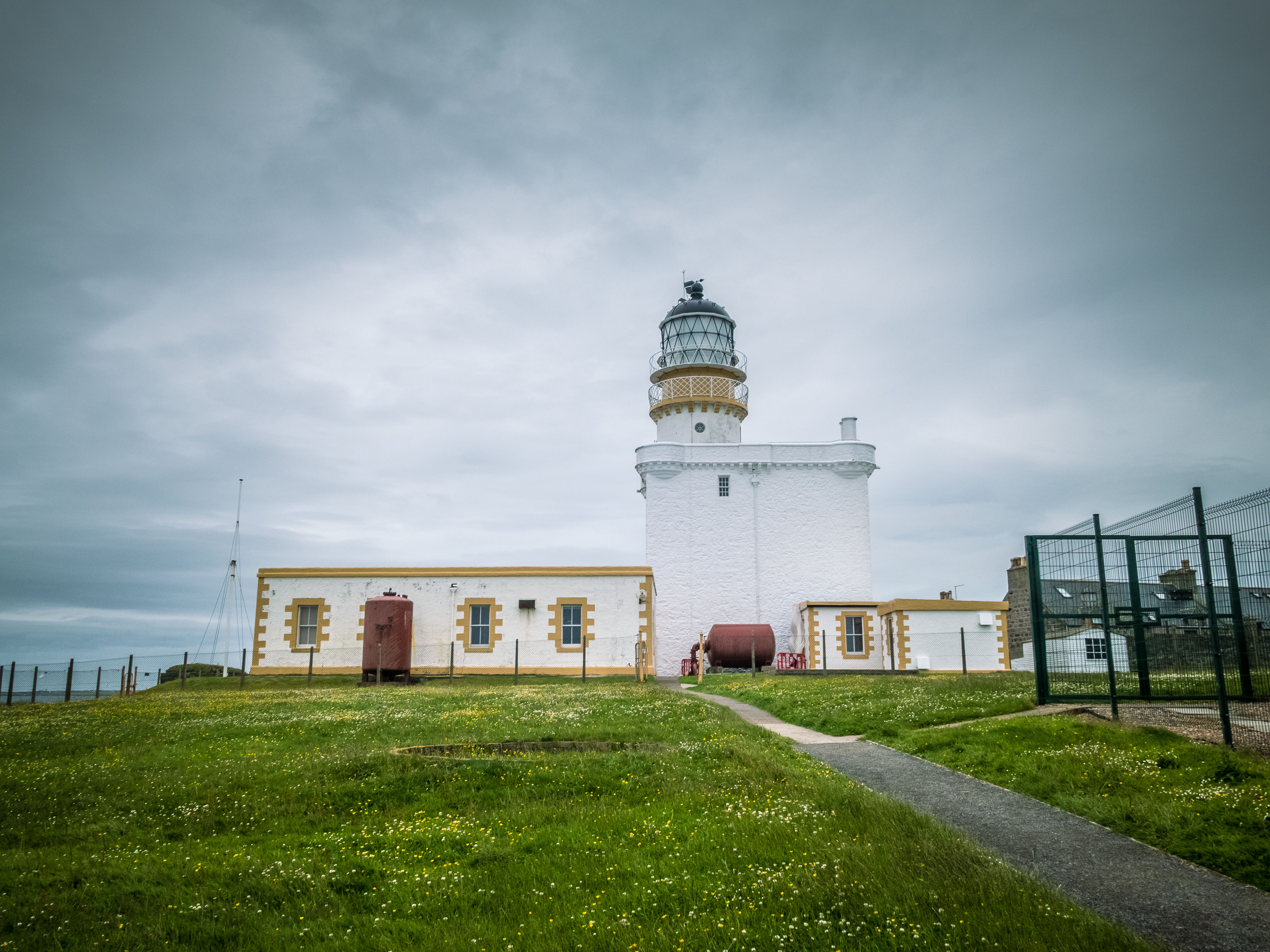 Unfortunately, I only had time to have a short one hour visit but managed to snag a spot on the last guided tour for the day which was a well-spent £9. Because the Keeper’s quarters were once a castle, they were quite luxurious in comparison to others I have seen.

One of the lenses on display in the Lighthouse Museum

The collage below shows some of the other lighthouses in Scotland quickly captured (and whose locations I cannot be 100% sure of!).

I have no idea!

I don’t know this one either!

One thought on “You light up my life – Lighthouses in Scotland”