A few weeks ago, I wrote a post about Fraserburgh, a fishing town on the northeast coast of Scotland. You can tell it was once a prosperous and thriving community by the size and grandeur of its public buildings. These days it’s a bit tattered at the edges, but as I said in my previous post, there are some good people there. Nearly everyone I had an extended conversation with was very keen to know what I thought of Brexit. Almost as keen as I was to avoid the topic! I didn’t know enough about it to make a sensible statement, and I could tell it was a loaded question. It got me into a bit of an internet vortex trying to find information about how many people were involved in fishing in these towns and what affect the EU had had on them.

The opening statement of a 2004 report by the Royal Society of Edinburgh Inquiry into the Future of the Scottish Fishing Industry, does not beat around the bush

The Scottish fishing industry has been managed under the Common Fisheries Policy (CFP) of the European Union for the last thirty years. The policy has failed to achieve adequate conservation of certain key fish stocks so that an important part of the industry and the livelihoods of many in Scotland’s fishing communities are now under threat.

Changes to the European fishing industry have had a more significant effect on Scotland than elsewhere in the UK because Scotland has always depended more heavily on fishing. While less than 9% of the UK’s population lives in Scotland, around 60% of the fisheries catch is landed there. Many of the fishing communities are in small, relatively remote villages. Fraserburgh and Peterhead, by contrast, are large port towns which account for the majority of fishing employment in the district. Fraserburgh is an important port for shellfish.

The introduction of quotas imposed when the UK joined the EU, drastically reduced the total allowable catch.  I was told by fisher folk in Fraserburgh that a lot of caught fish are dumped at sea. It would seem the amount of fish caught has not been reduced just the amount of fish brought to shore. The quotas have reduced the profitability drastically by taking away some economies of scale. Employment in the industry fell by 40% in the ten years from 1994 – 2004. 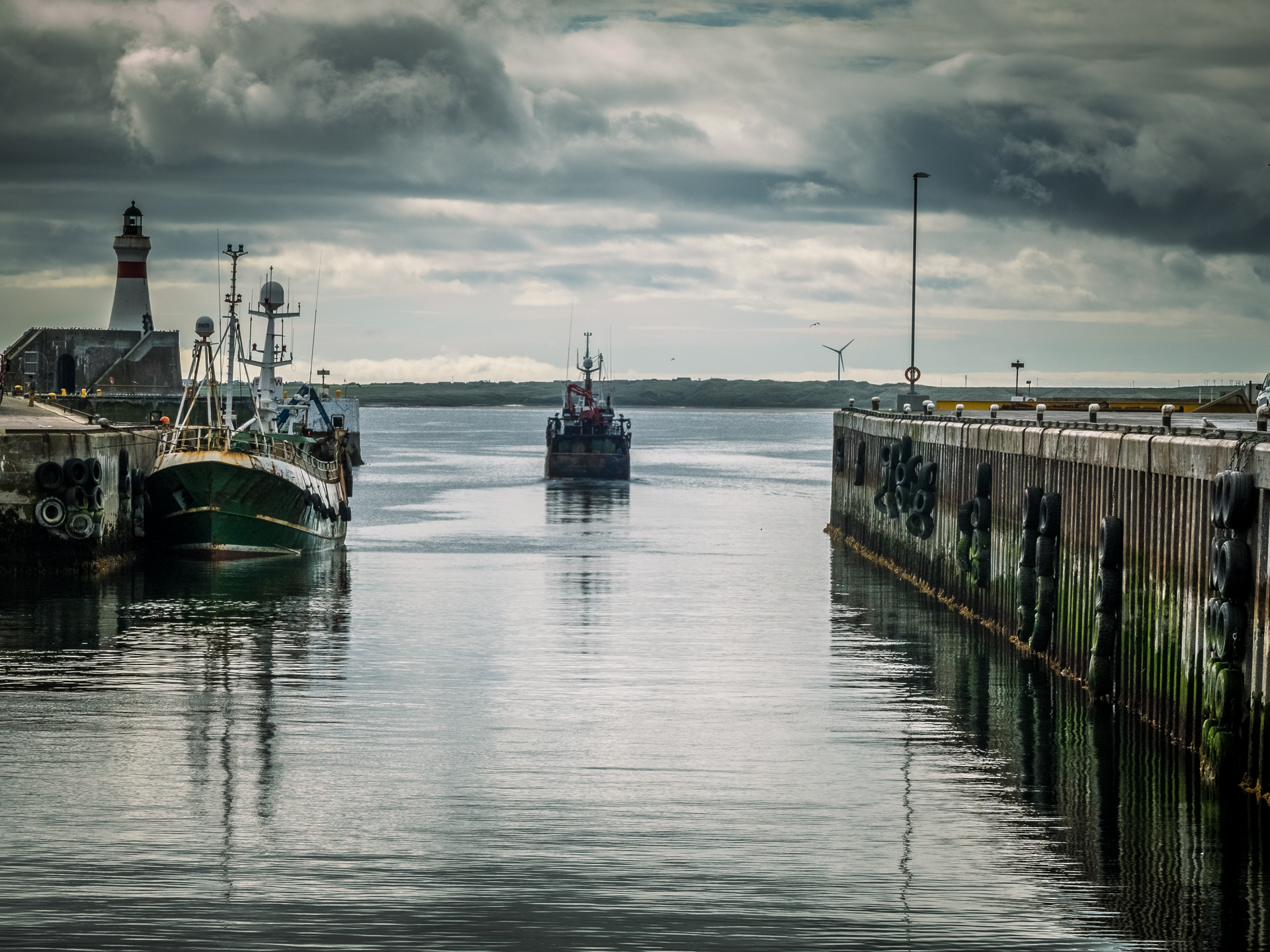 Twenty years ago, nearly 60% of the population of Fraserburgh was in some way linked to employment in the fish industry. These days it is much less. A report published in 2016 states that there were 780 fishermen (interesting it used that term… are there no women?) on a fleet of  207 active vessels. This is eclipsed by 208 vessels in Stornaway, Harris.

According to this same report, things are looking up for Fraserburgh and other fishing towns. The once dire situation for cod and haddock is improving. No longer at the brink of virtual extinction through overfishing, stocks are increasing.

Will Brexit make a difference for the people of Fraserburgh? Or will it be too late? Will the family businesses last or will the owner-skippers be bought out by huge corporations who can ride the up and downs more easily? Will the small vessels be replaced by supertanker size rigs? Will the charm of a salty Scottish fishing village be lost forever? 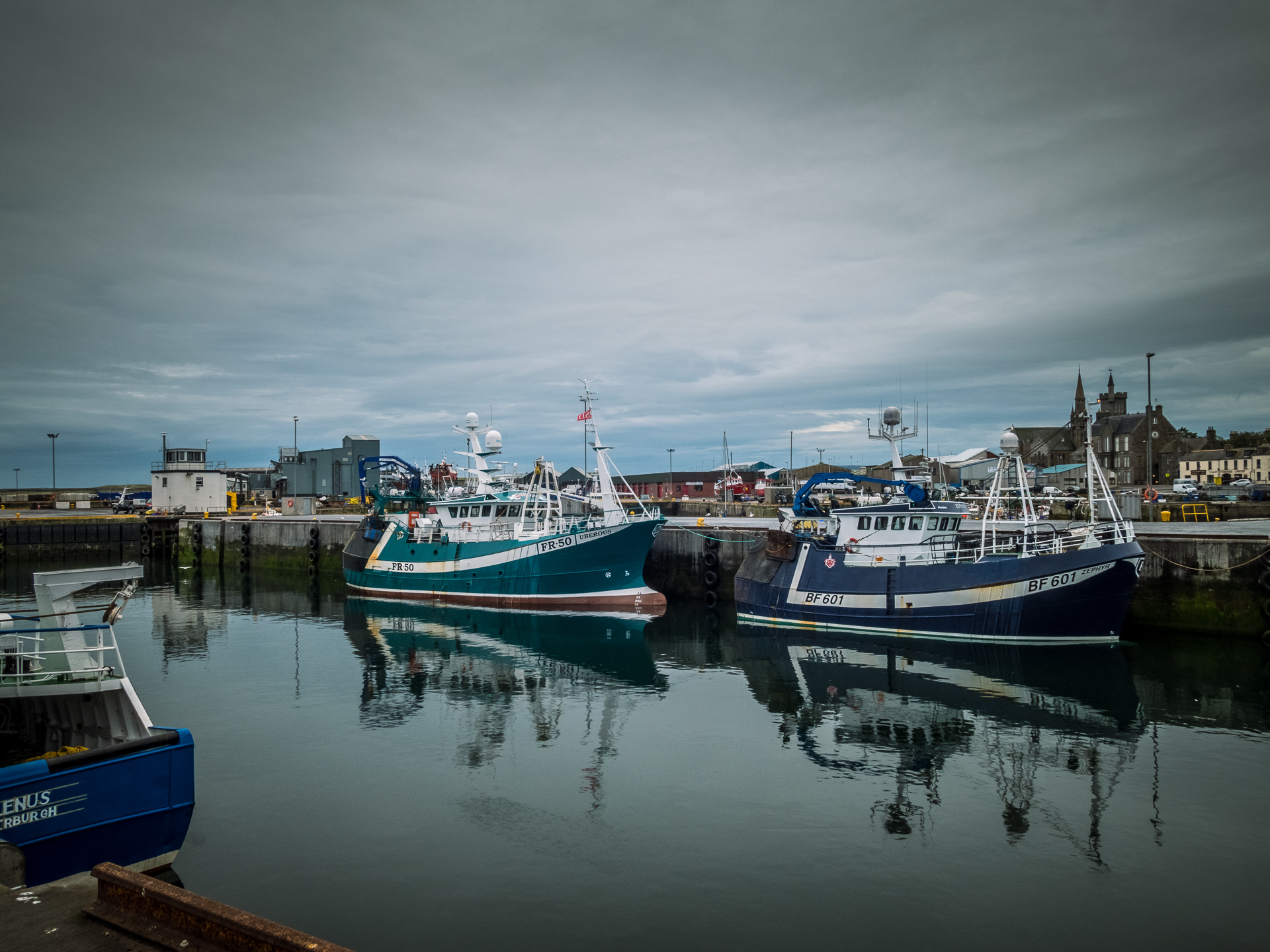 Disclaimer: This is in no way meant to be a comprehensive analysis of the Scottish Fishing Industry, just my personal interpretation after reading a few reports.

I used the following sources when putting this post together.

A chat with a nice fellow at the fish markets.