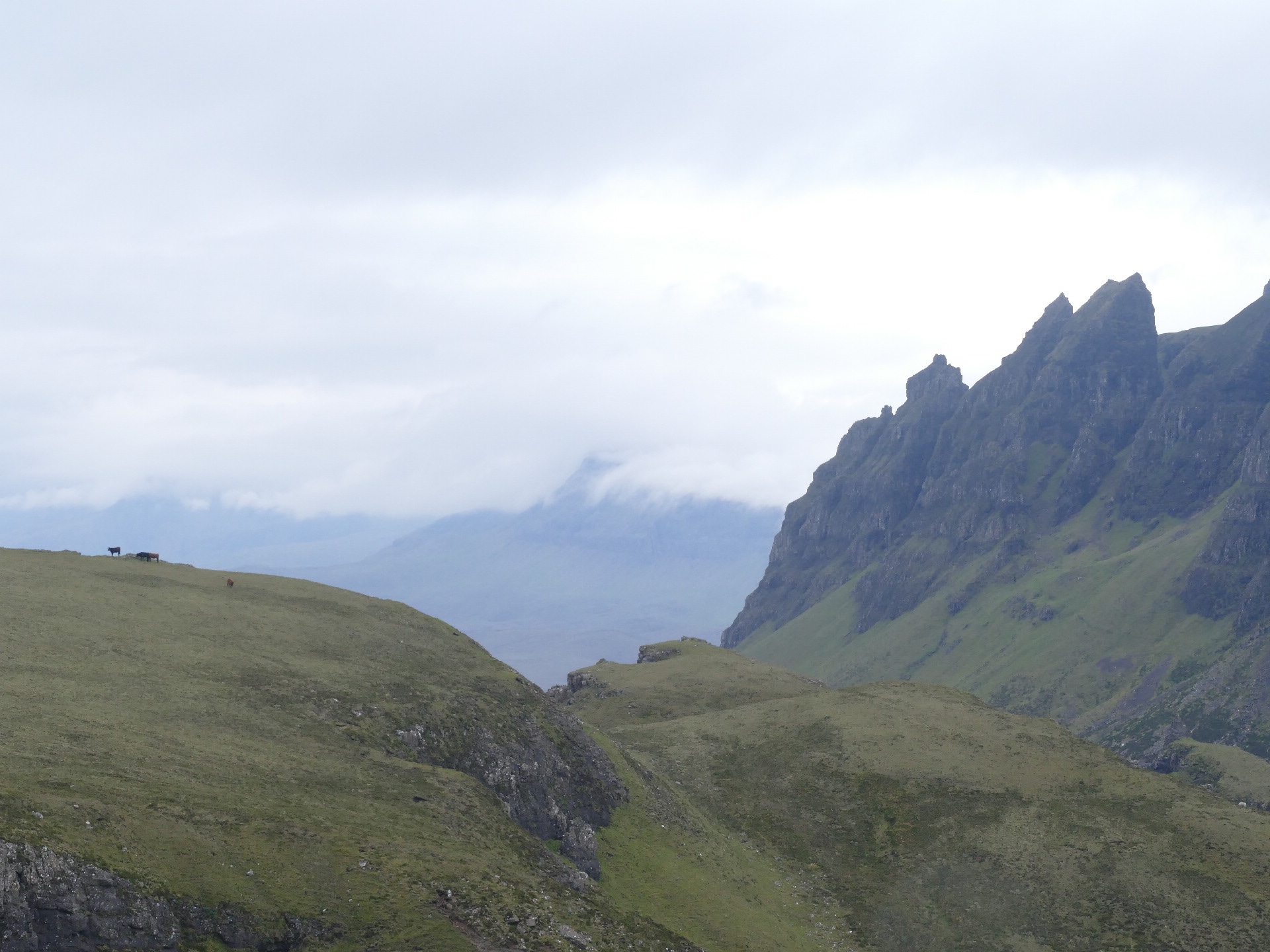 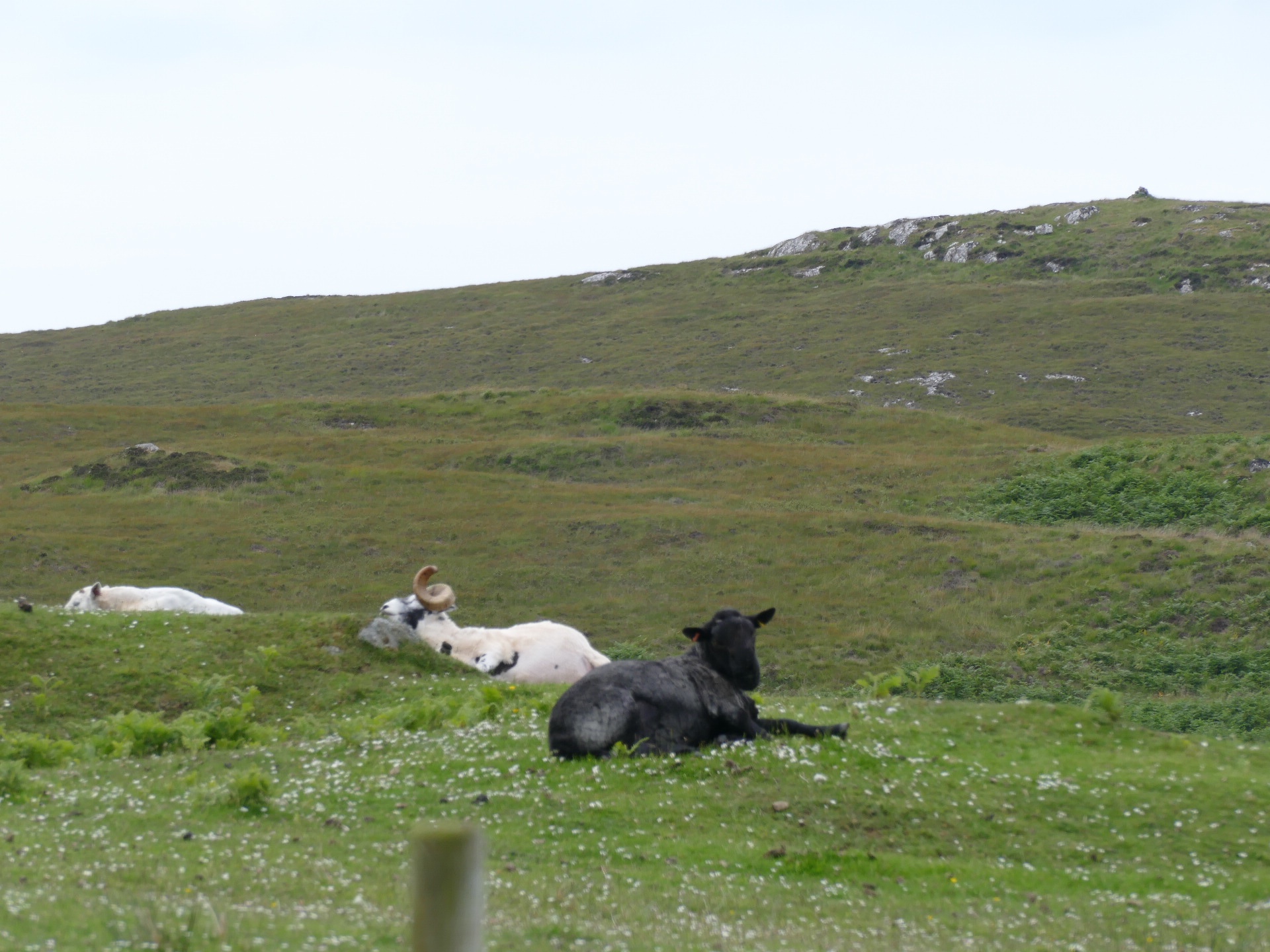 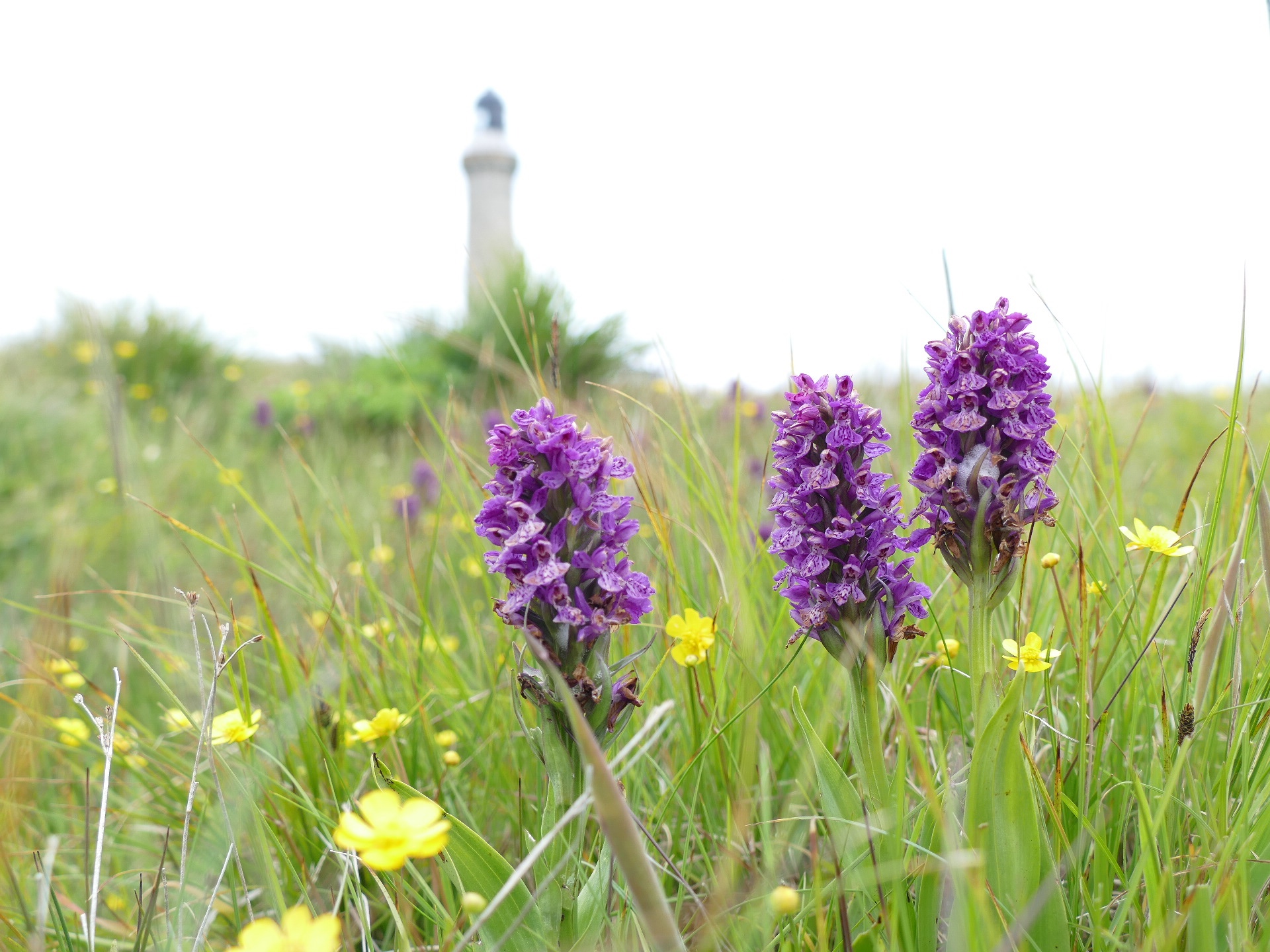 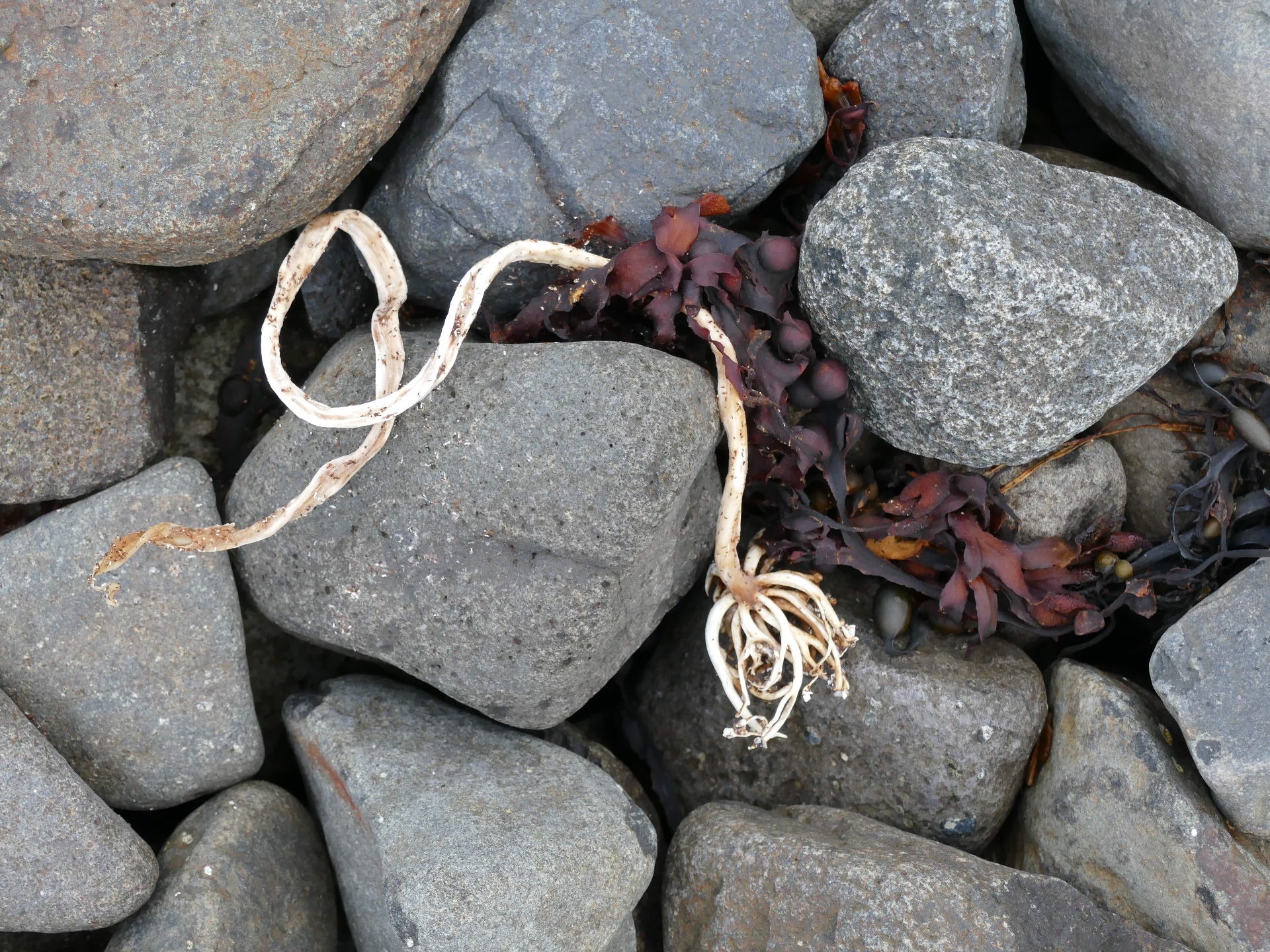 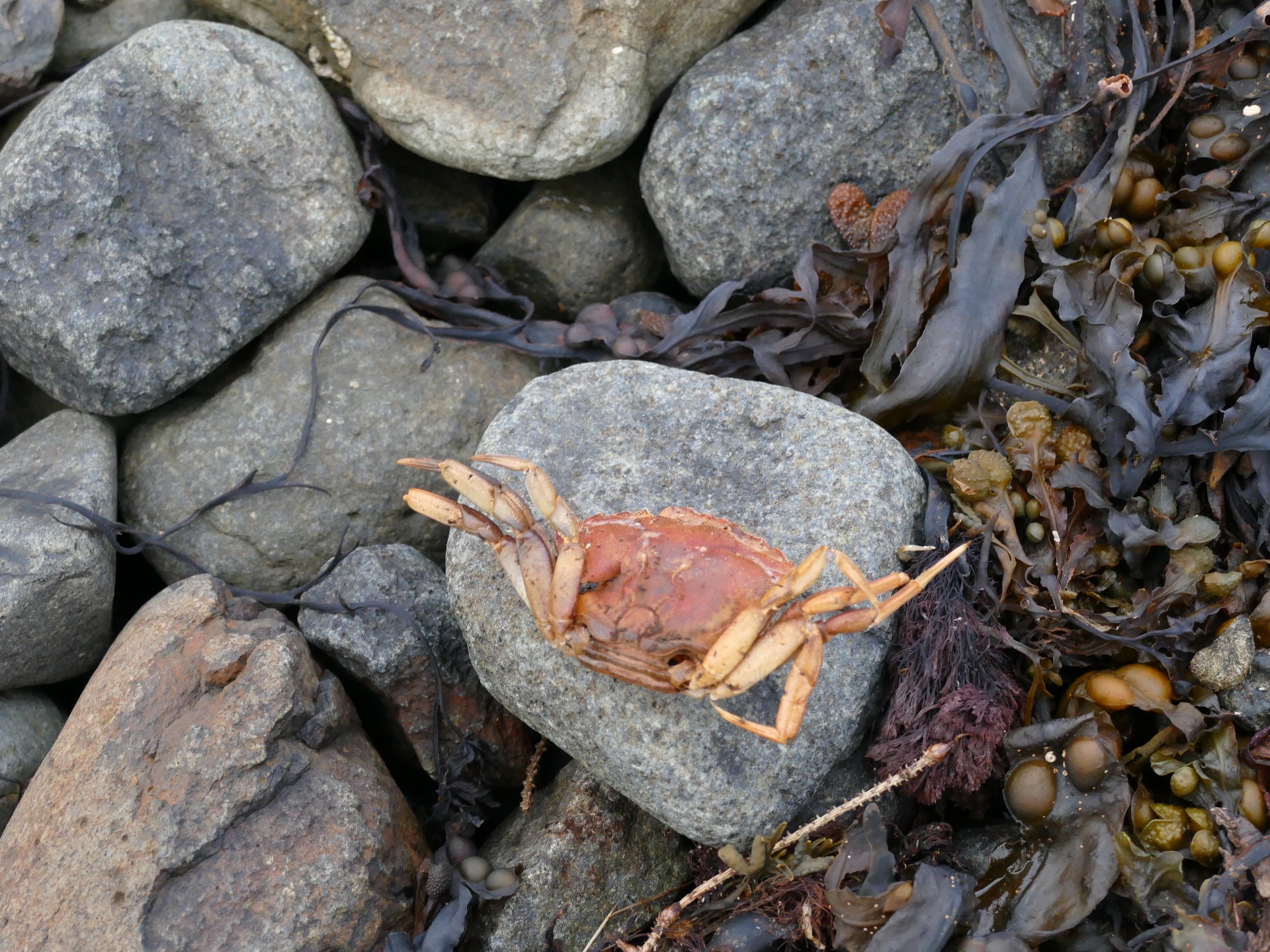 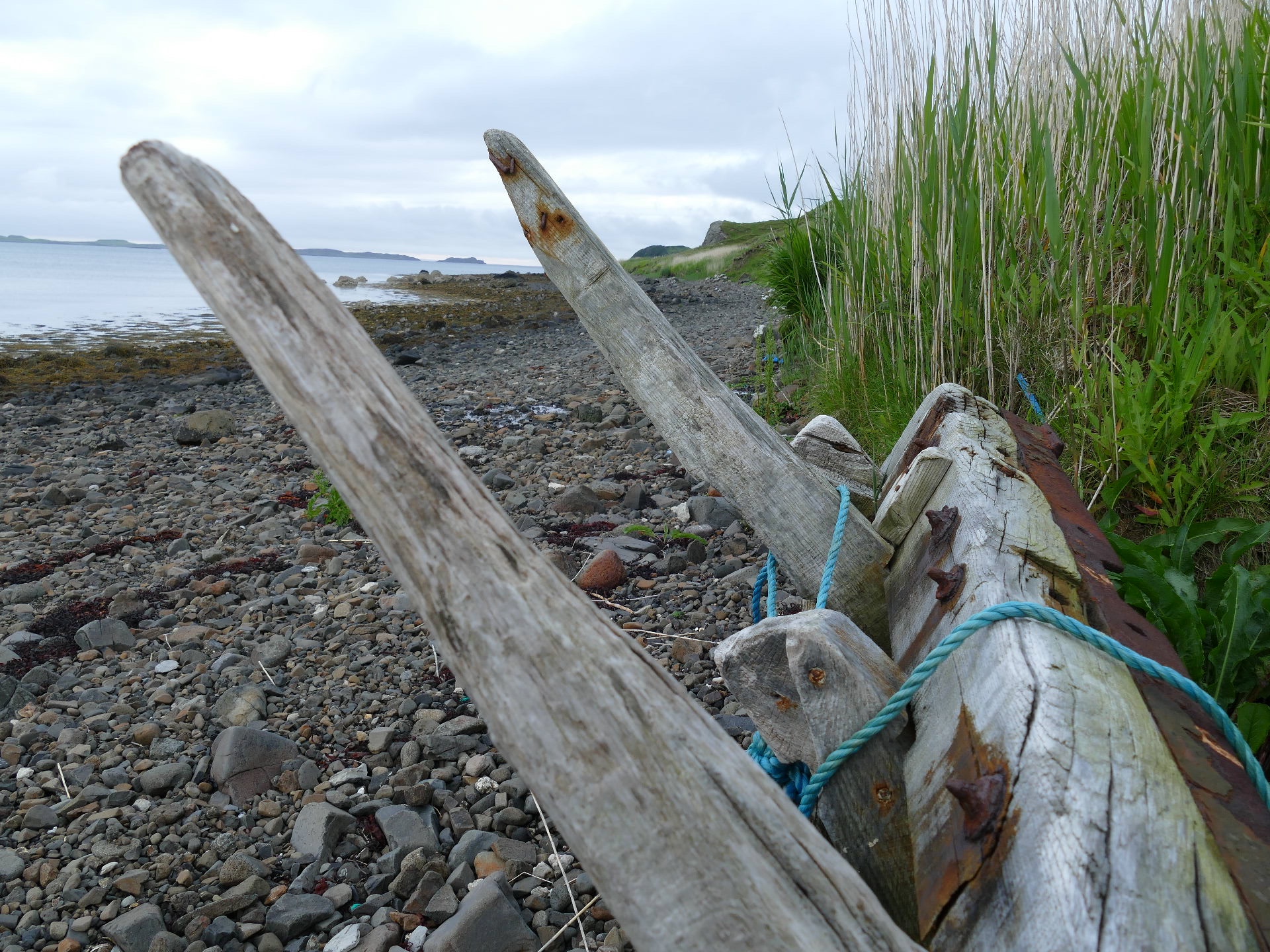 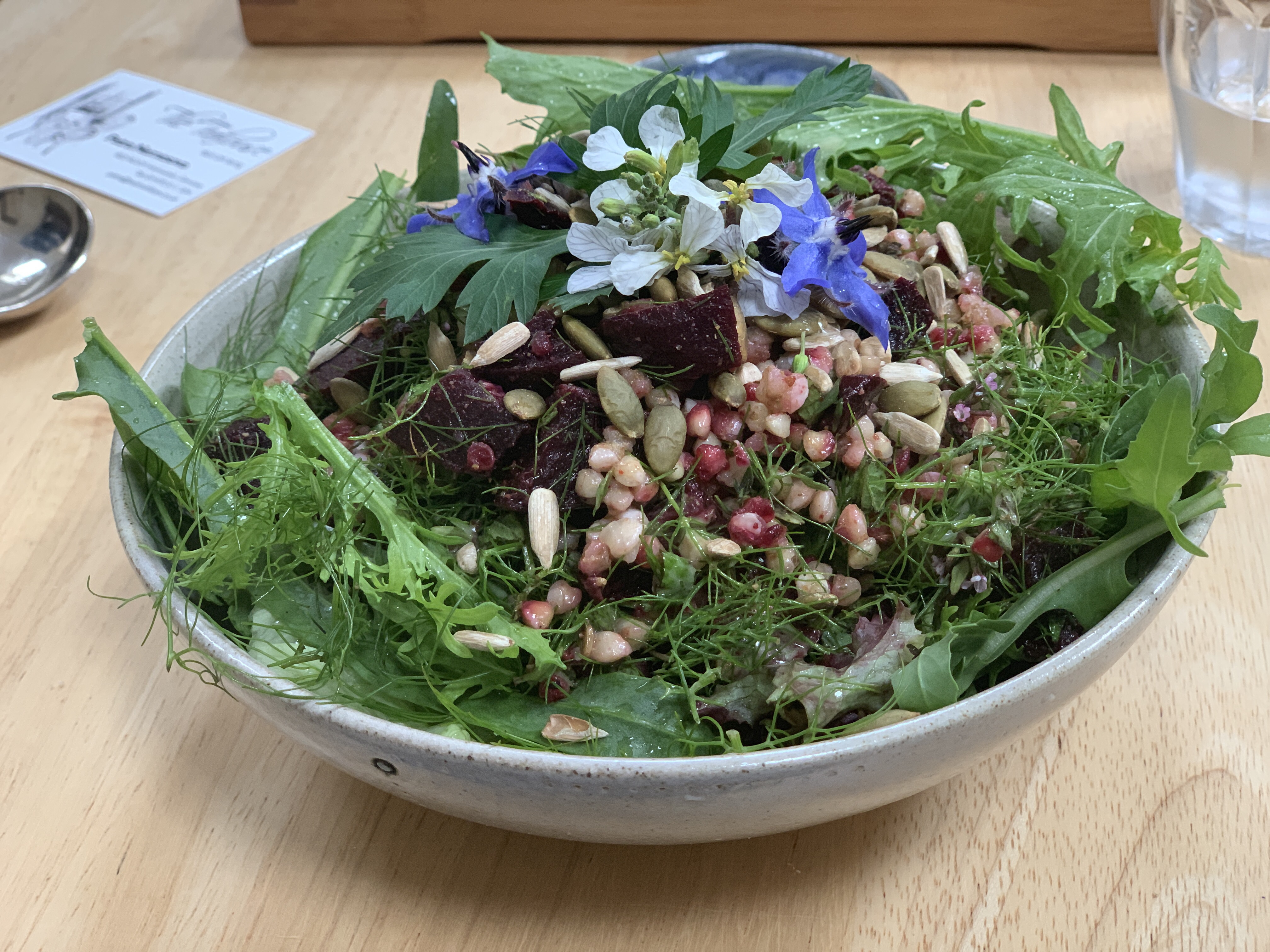 Lots and lots of people.

I spent three days on Skye at the end of June, crossing from Oban and from there I travelled on to Lewis and Harris.

Apart from the city of Glasgow and the Harry Potter Bridge (oh sorry the Glenfinnan Viaduct) Skye was the most crowded place on my road trip. Neil who has a blog Travels with a Kilt) recently wrote a post about how places like Skye are being drowned by the weight of tourists and I would concur even though I’m one of those tourists.

It becomes obvious in a number of ways, firstly nearly every homestead is a B&B,  you need to let 4 – 5 cars pass at each passing place on the single track roads and you get yelled at by people in car parks. I decided to give Syke’s “must sees” a miss after such an experience at the Claigan Coral Beach carpark. I opted instead to head back to the small bothy I was staying at and spend the time sitting in the sun and staring out over the fabulous view I already had.

I trudged across the rocky beach to the pub at Stein, had coffee and posted some cards back home. I lit the fire for effect rather than warmth, as it was a comfortable 18oC. I rested and wrote and contemplated how grateful I was to be able to afford to do this. I pondered on how little we need to be content if we let ourselves. I made porridge for breakfast and smiled at the shared culture that meant I knew exactly what that jar of brown sugar was for. 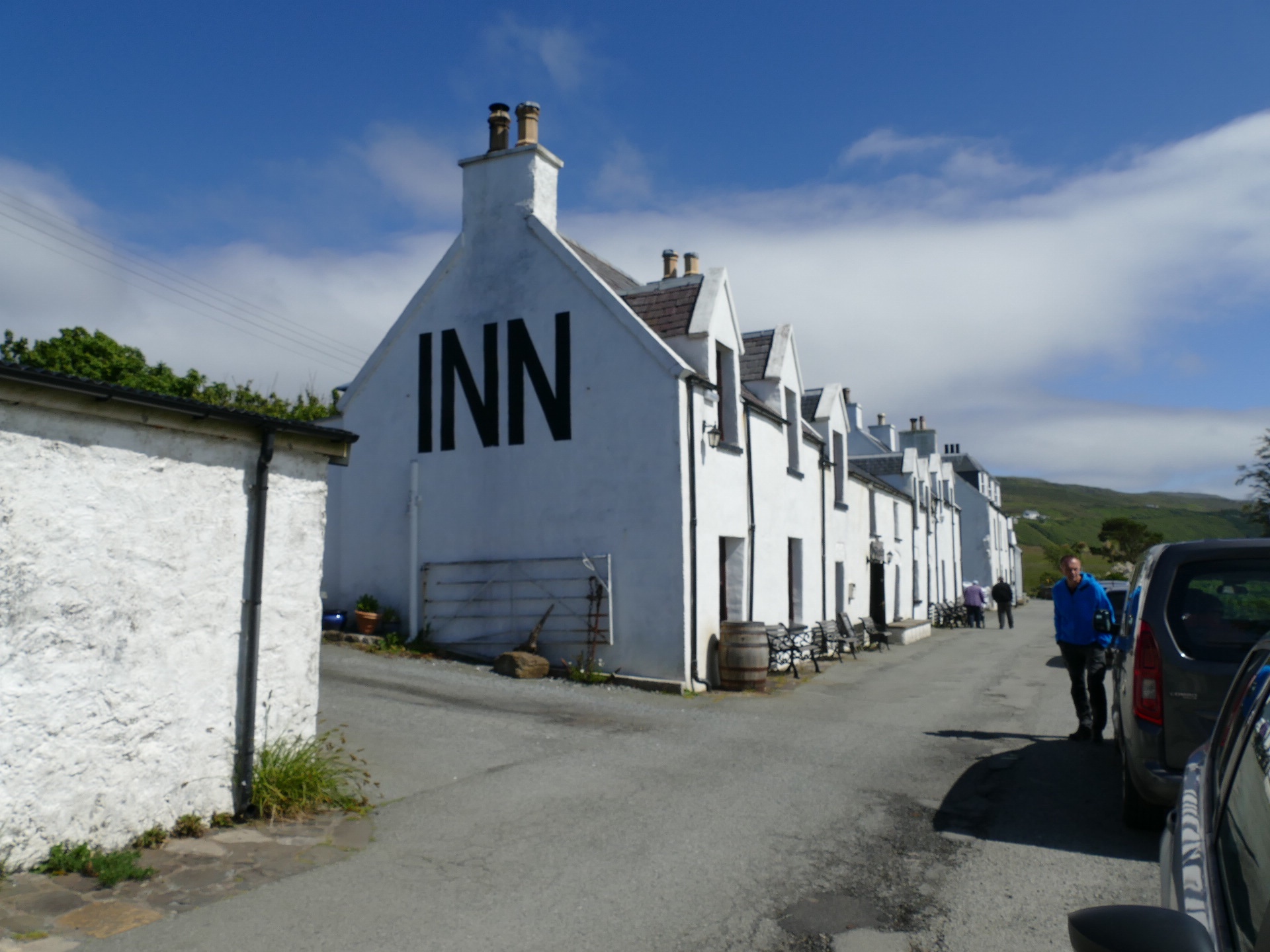 Brigid’s bothy in Waternish, is a small stone, single roomed building about 4 x 12 m with a tin roof and double glazed windows. Facing directly west it is bathed in soft light. Sitting literally a weak-arm’s stone throw from the rocky beach you could spend the whole day looking for shells and sea glass. (It would make a fantastic writing/artist retreat!)

Brigid runs the bothy as an AirBnB and I began to imagine it is magical. Judging by the comments in the visitors’ book, others before me agreed. It’s quiet, secluded and there is no easy access to the internet. 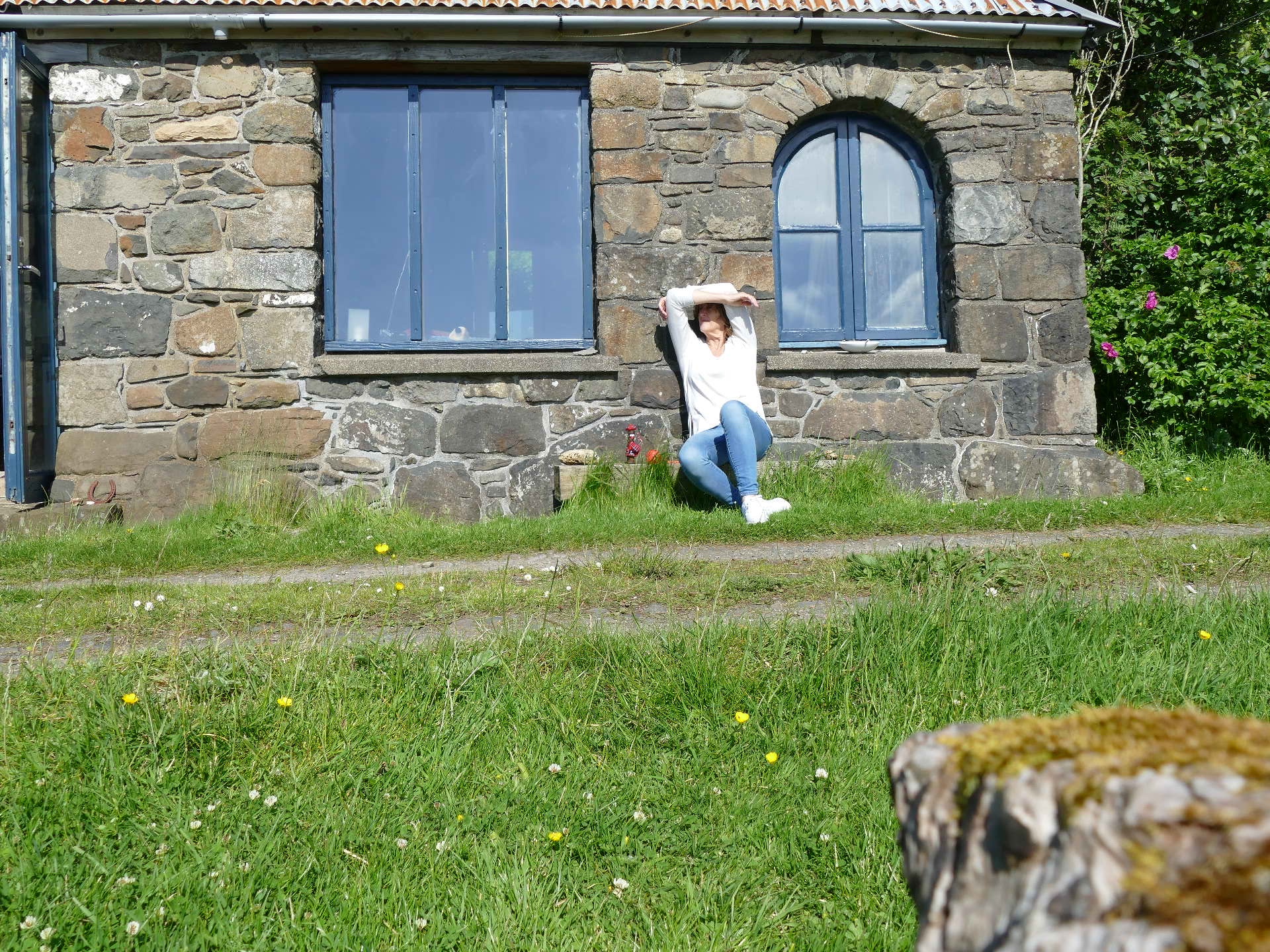 In the 10 days before arriving there I had been relentlessly pushing myself to see and do as much as I could while in Scotland. I was tired. The long, long days had meant my sleep patterns were out the window. Being there around the solstice meant it was still light at midnight and the sun returned at 4 AM. I was emotionally drained after losing my travel mascot, Iain. First world problem perhaps, but nonetheless, I was honestly upset.

After taking on the Quiraing Hill Circuit I slowed right down, sorted out my suitcase and took fewer than 100 photos. The decision to take it easy for two days was well made. I’ve wrote three blog posts, created two short little videos and edited some photos ready to upload when I did get internet. I contemplated about whether to try and replace Iain and decided what will happen will happen. I read a short book – Brokeback Mountain and watched the tide come in and out.

I discovered that unlike Australian sunsets which are over in twenty minutes, the twilight lasts for hours. The red streaks lingering and deepening. It did not get truly dark and my intention to photograph the night sky was thwarted by the biggest light polluter around – the sun.

I checked out refreshed and recharged. 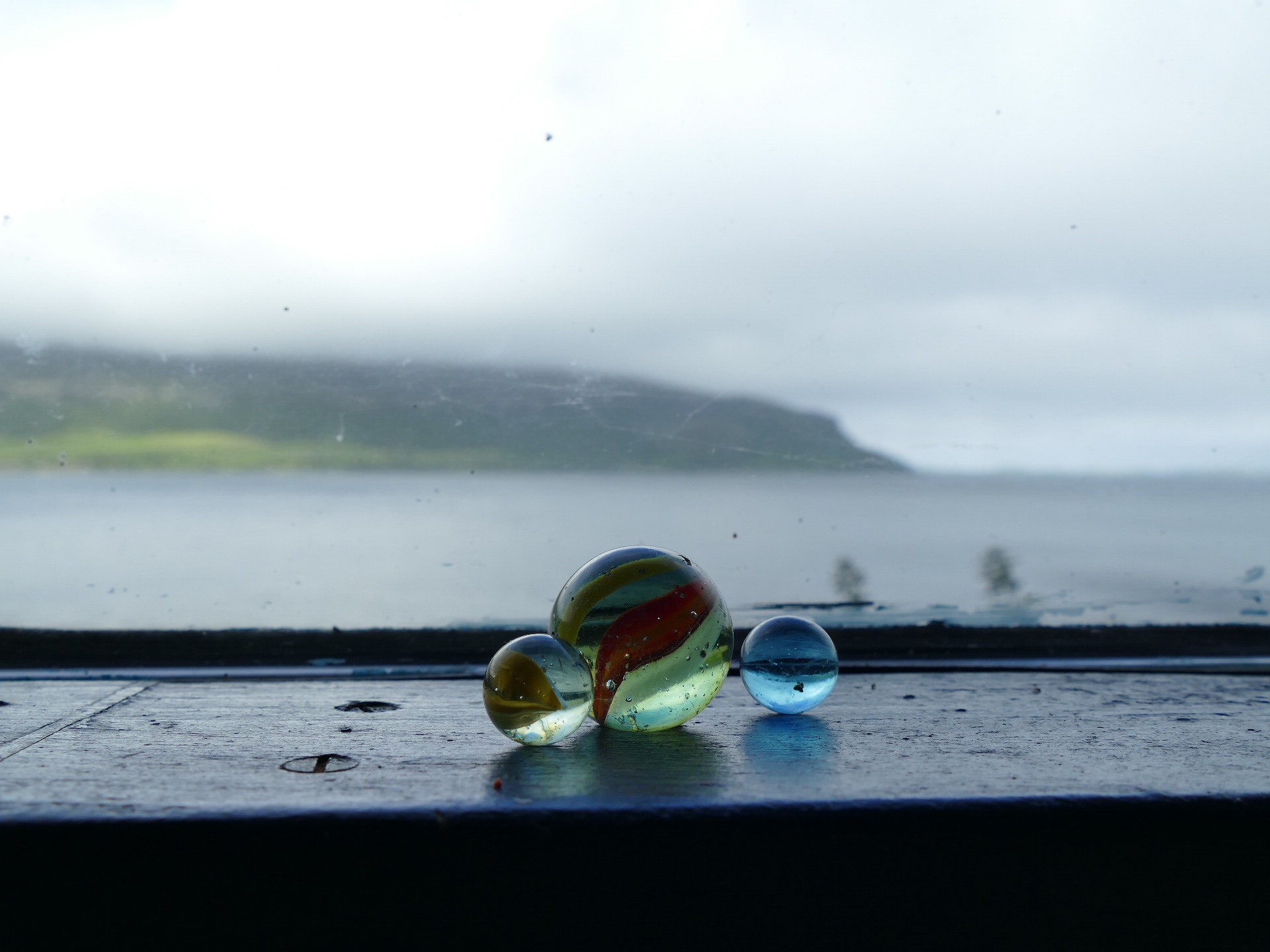 If you come to Skye, take Neil’s advice, come in the quieter times of the year. Judy at the craft shop in Stein summed it up. “We have the place to ourselves in the winter and autumn. No-one comes then.”

Come then, the mountains will still be here. The snow, if it falls, will add another dimension and the stormy weather will give you more stories to tell. Best of all you won’t be arguing with other tourists about parking spaces.

P.S. I ended up going back to the coral beach early the next day and there were only 3 other cars there.  I would recommend this strategy for the “natural” sites which don’t require a ticket. In summer, it’s light from around 4AM and it seems most people don’t get on the road till around 10. You could get an early start and be back in a cafe for a late breakfast and miss the crowds. 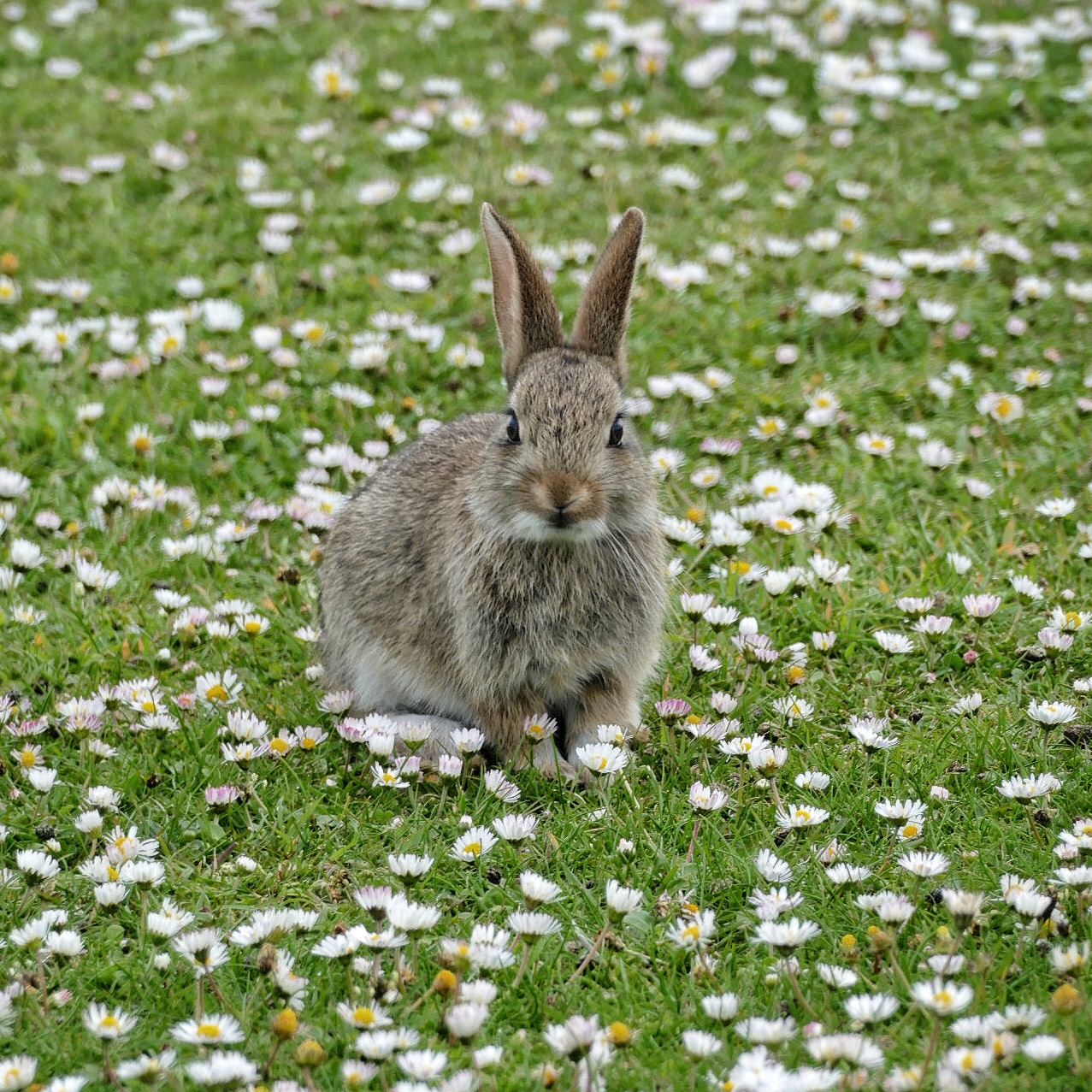 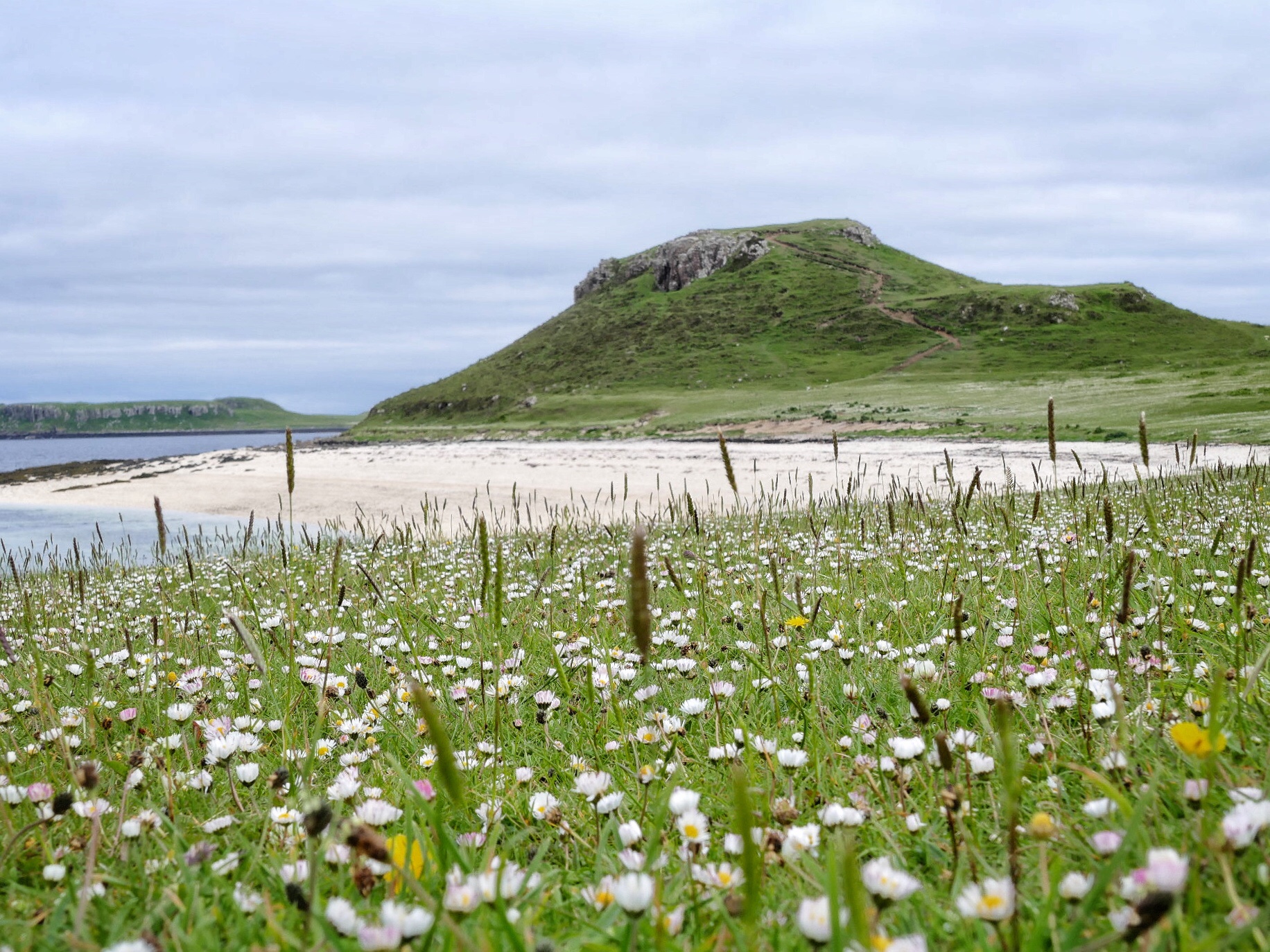 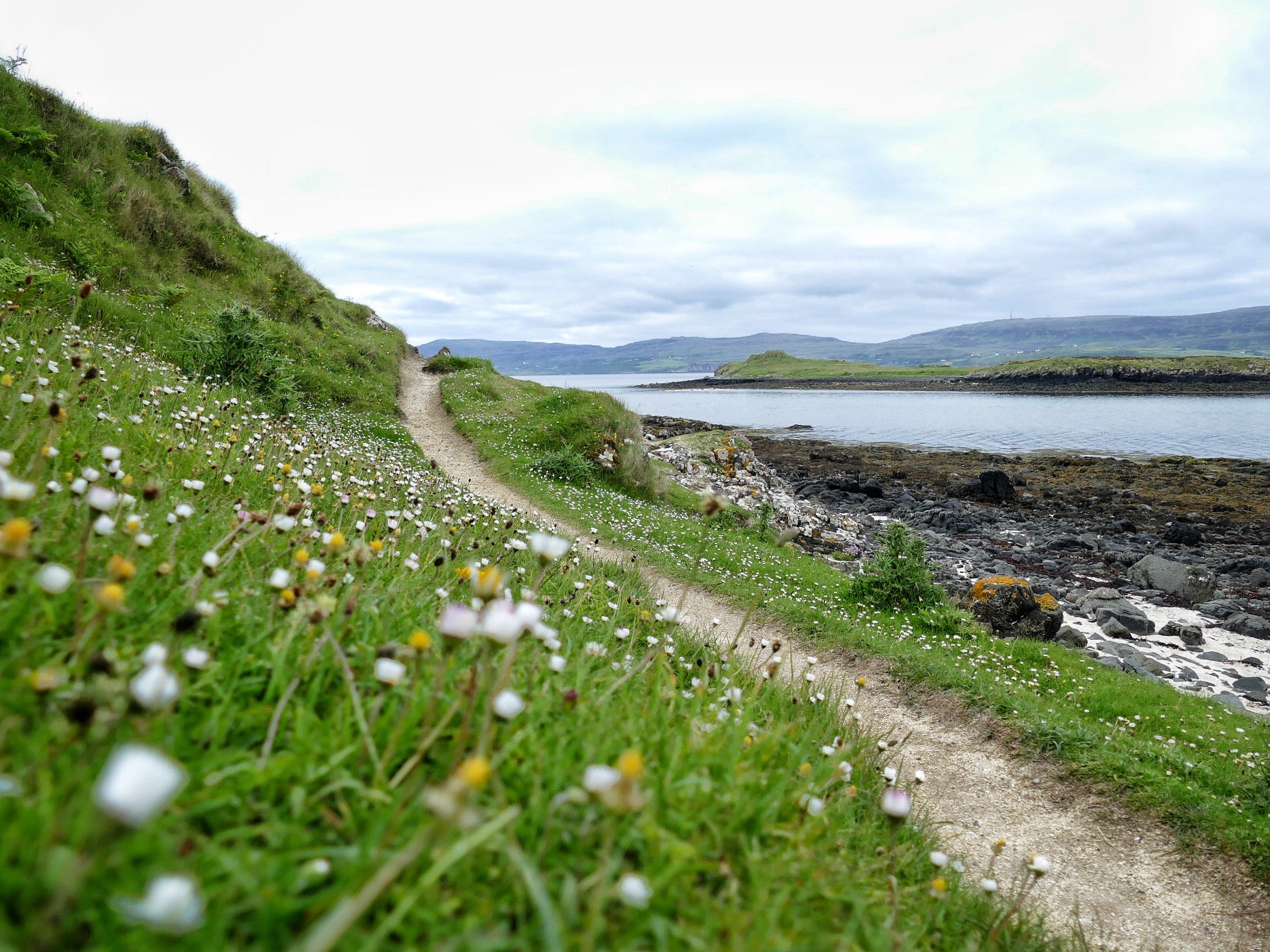 4 thoughts on “Isle of Skye”