My muscular travel companion is lost somewhere after only a week of travel. We were having such fun too! I can’t be certain but I think I left him on the car roof at Salen Jetty. Perhaps, I just left him on the rocks staring out to sea. I did not realise until I got to the Glenfinnian Memorial and discovered he was not in his little carry pouch. I presumed he was on the front seat of the the car. A thorough search showed no signs of him. I messaged the owners of the shop at the jetty to no avail. 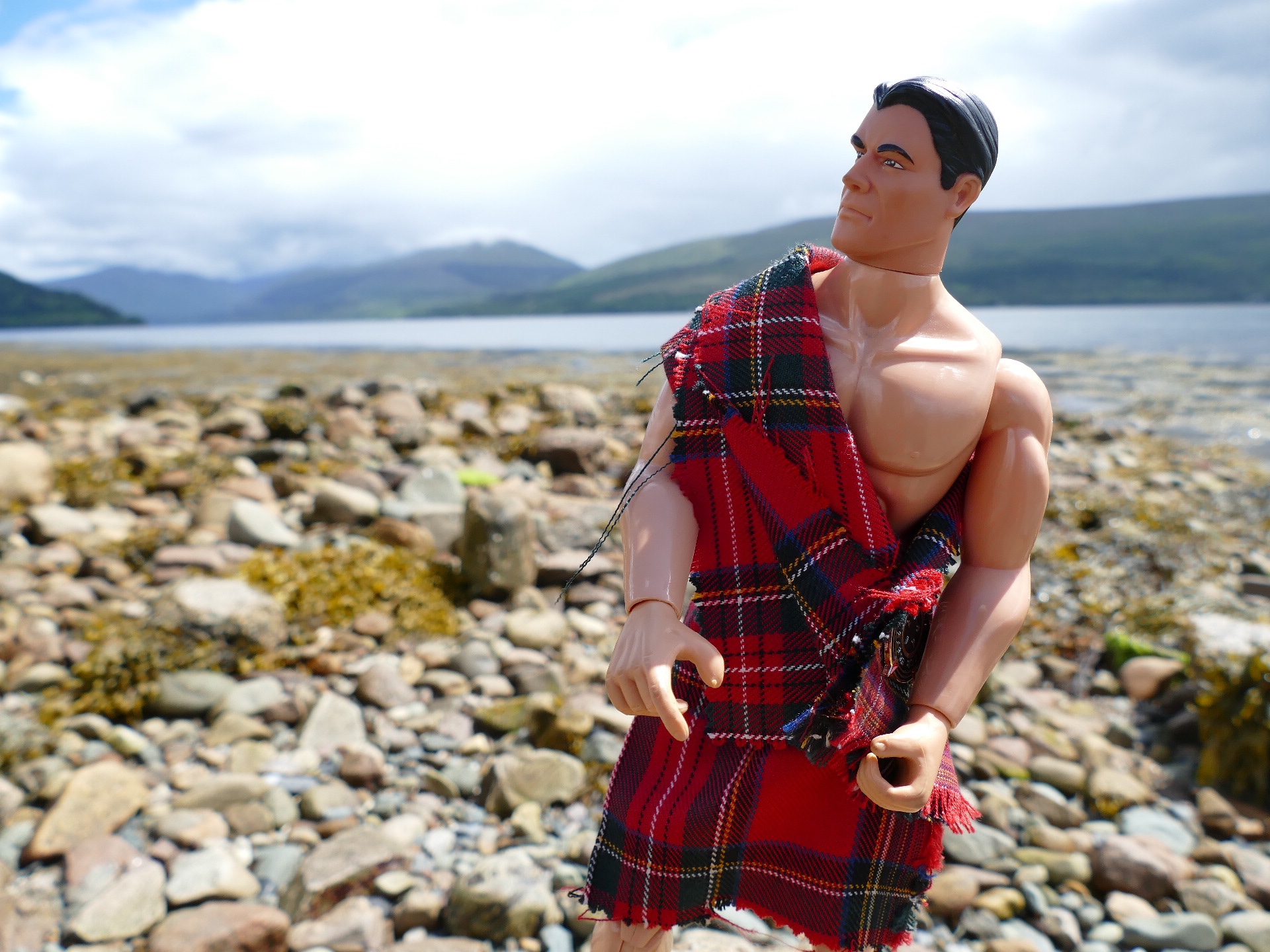 I was devastated. Close to tears. He may have only been a plastic action figure but he and I had made a connection. Well, the connection was really with my friends who had been commenting on his daily antics. That was the connection. 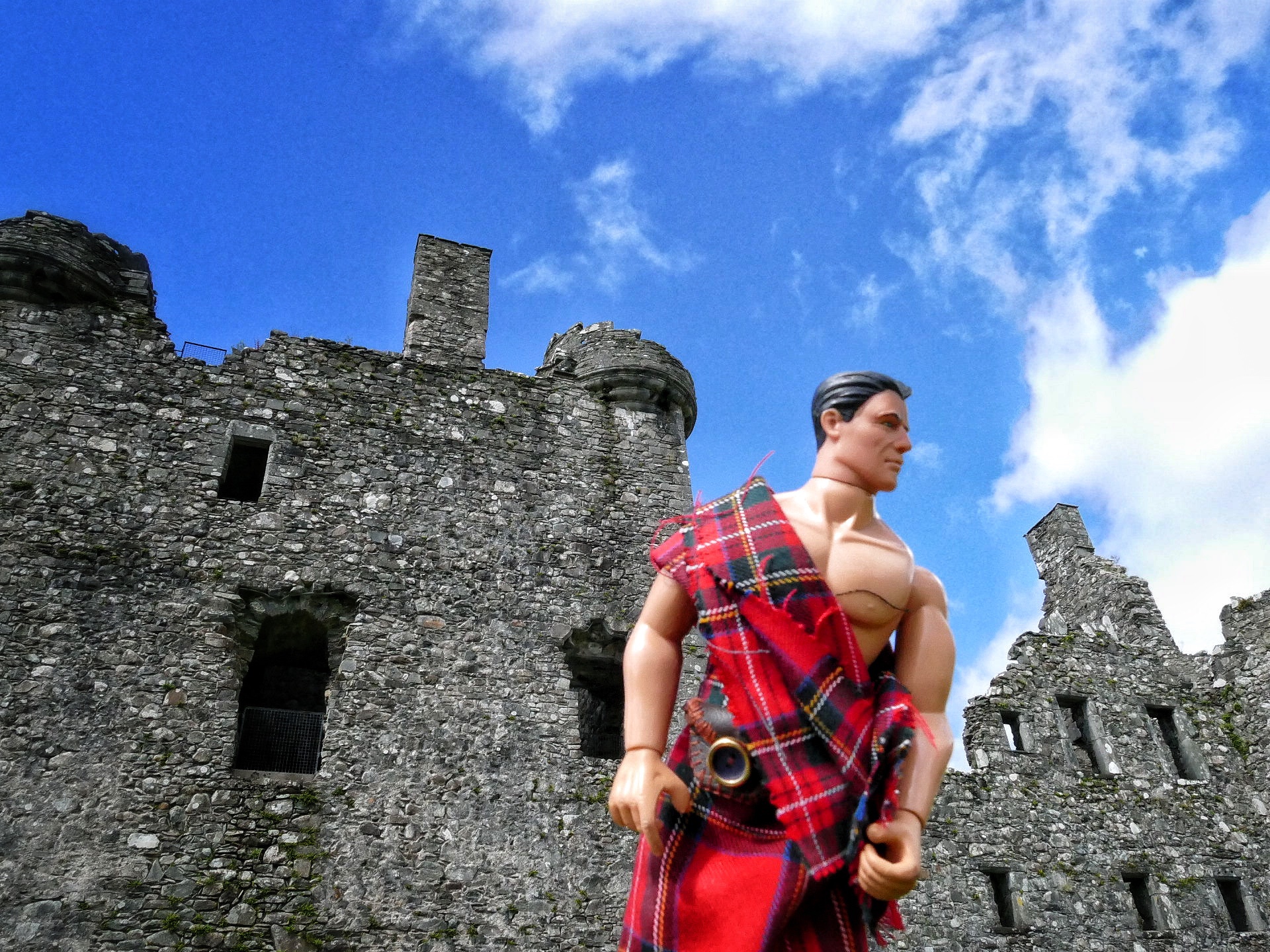 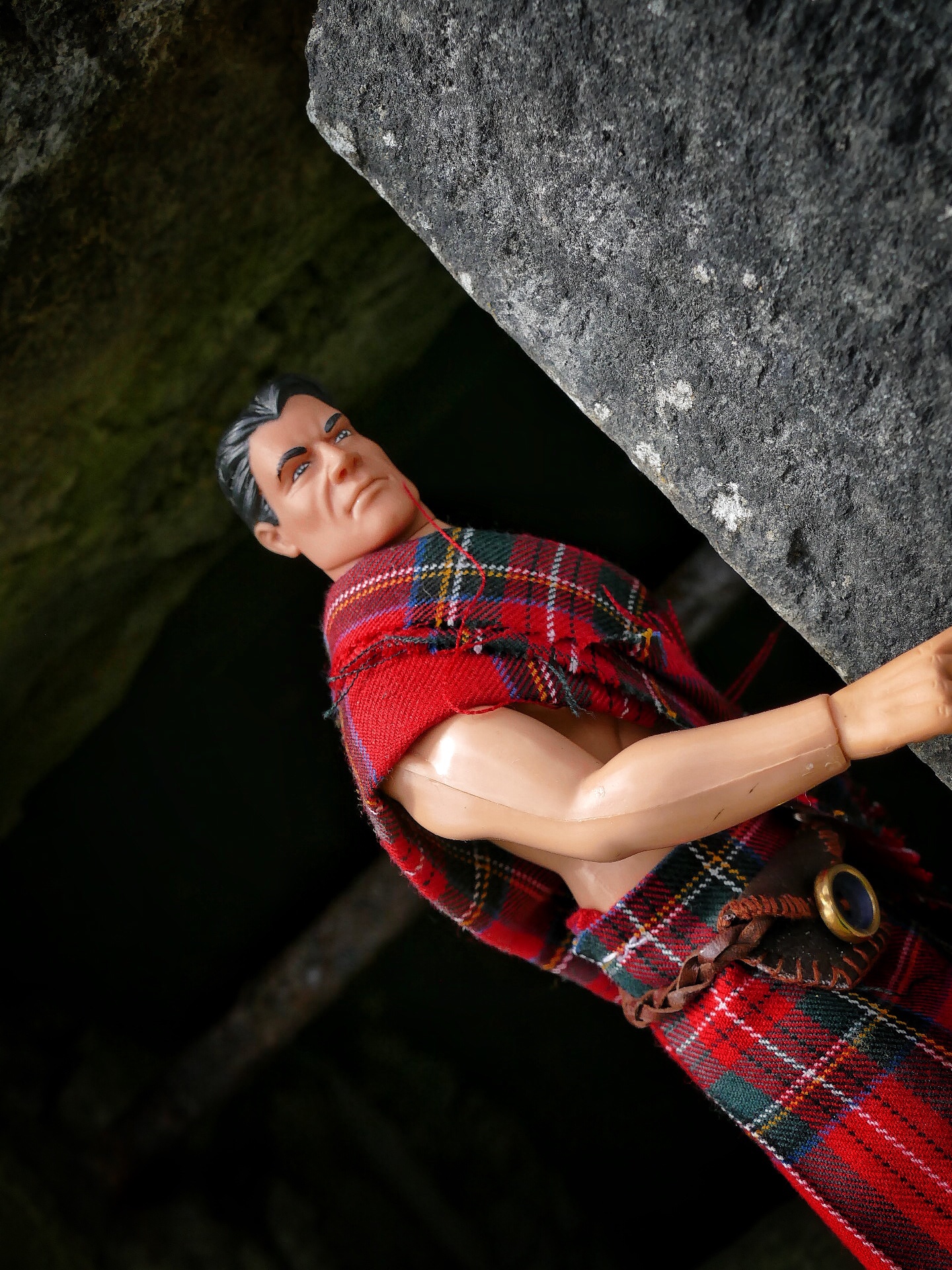 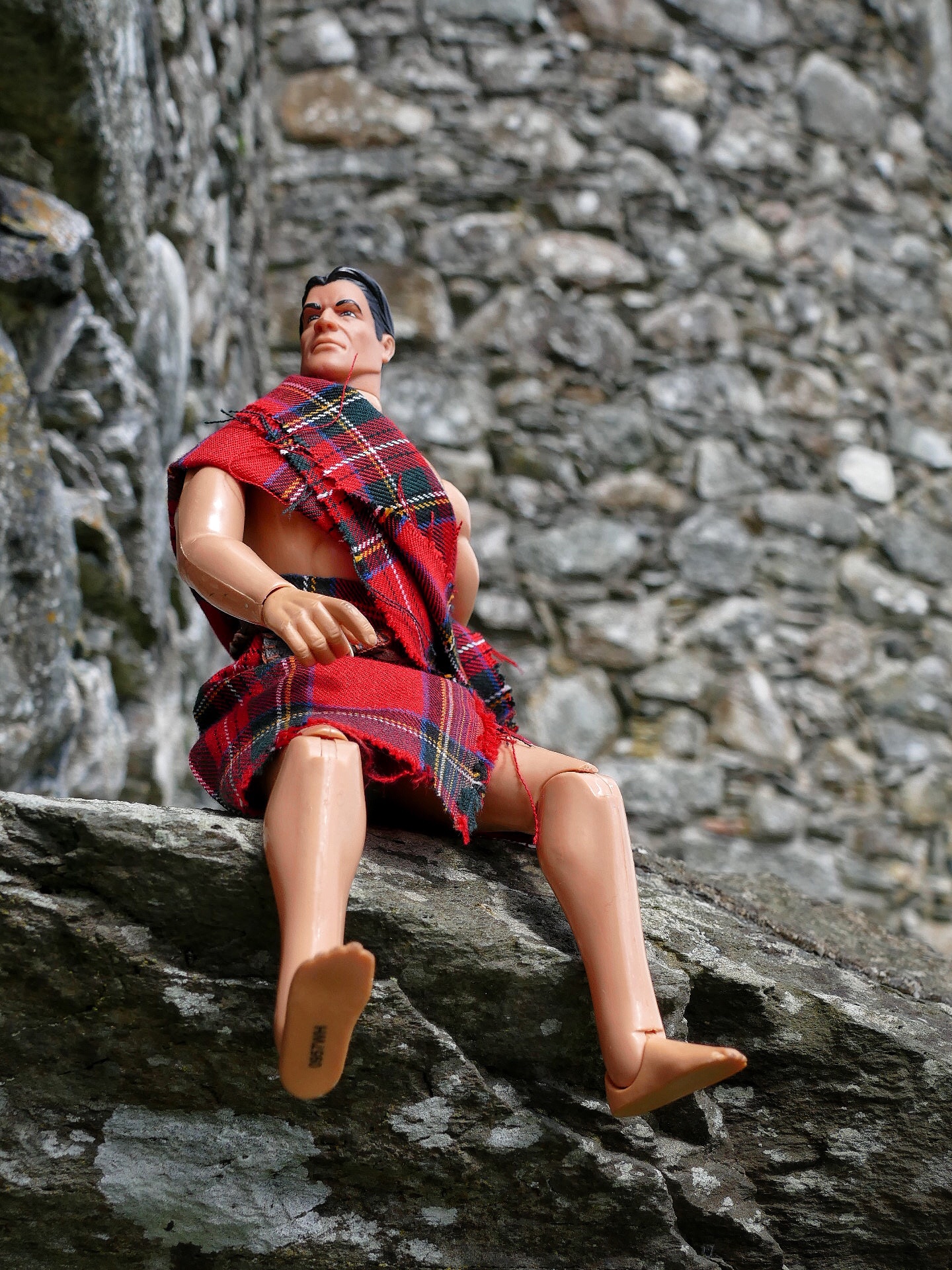 The connection with the travelling strangers who saw me taking the photos and joined in on the fun.

The connection was with the young hitch hiker I picked up near Bunessan on the Isle of Mull. When he got in the car and introduced himself as Iain, I had a hard job not choking on my laughter. I then of course had to explain why him being Iain was so funny. 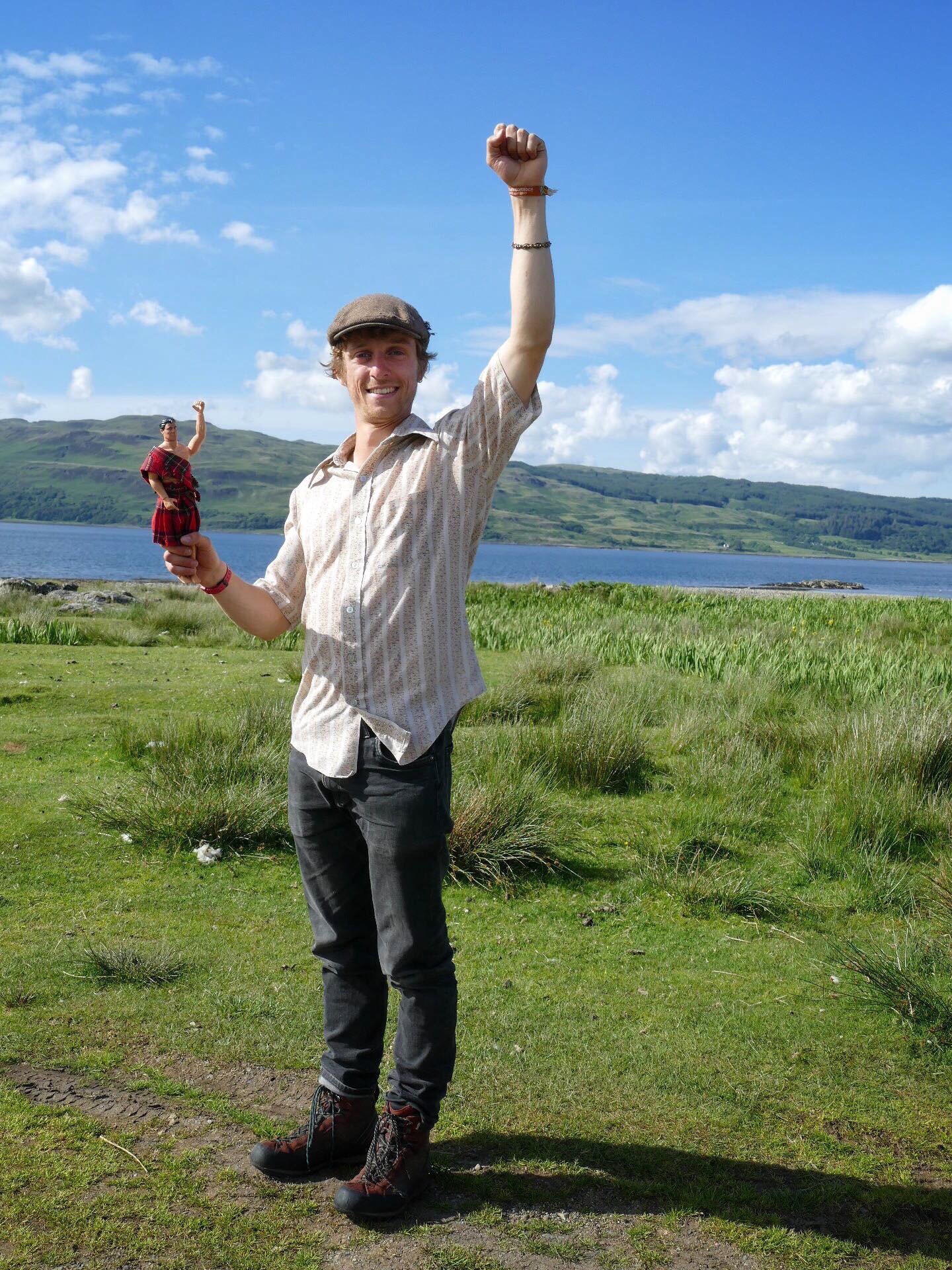 I seriously thought about coming home. What was the purpose of my journey without Iain? He and I had been preparing for this trip for months. The rational side told me to get over myself.

The question of course is do I try and find a replacement? An Iain the second, son of Iain? The second Cheif of Clan Mangerton?

Will Iain return? If you know someone currently travelling in Scotland share this post and ask them to return my lost Iain of Mangerton. Please spread the word. Someone has him? Someone must be holding him for ransom? 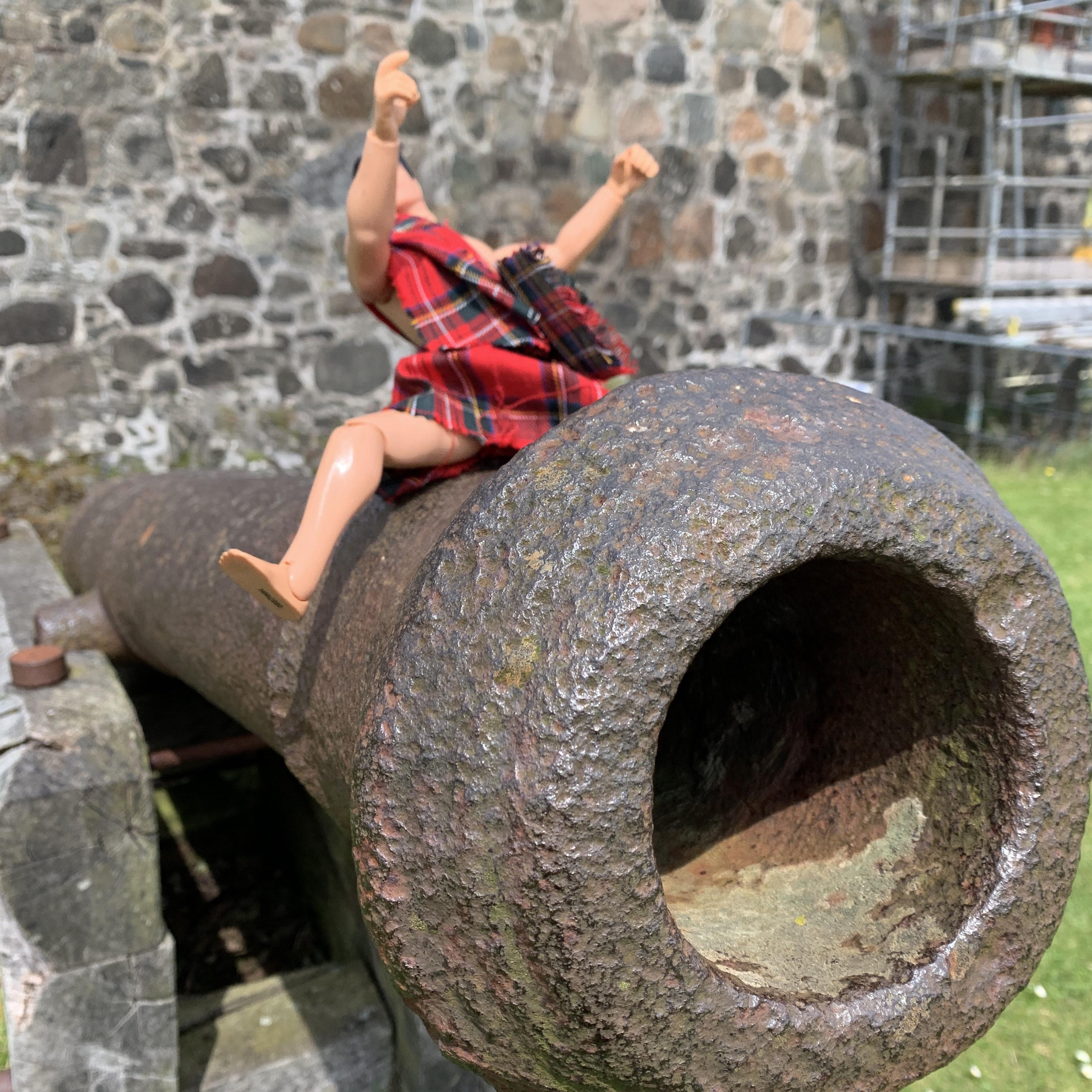 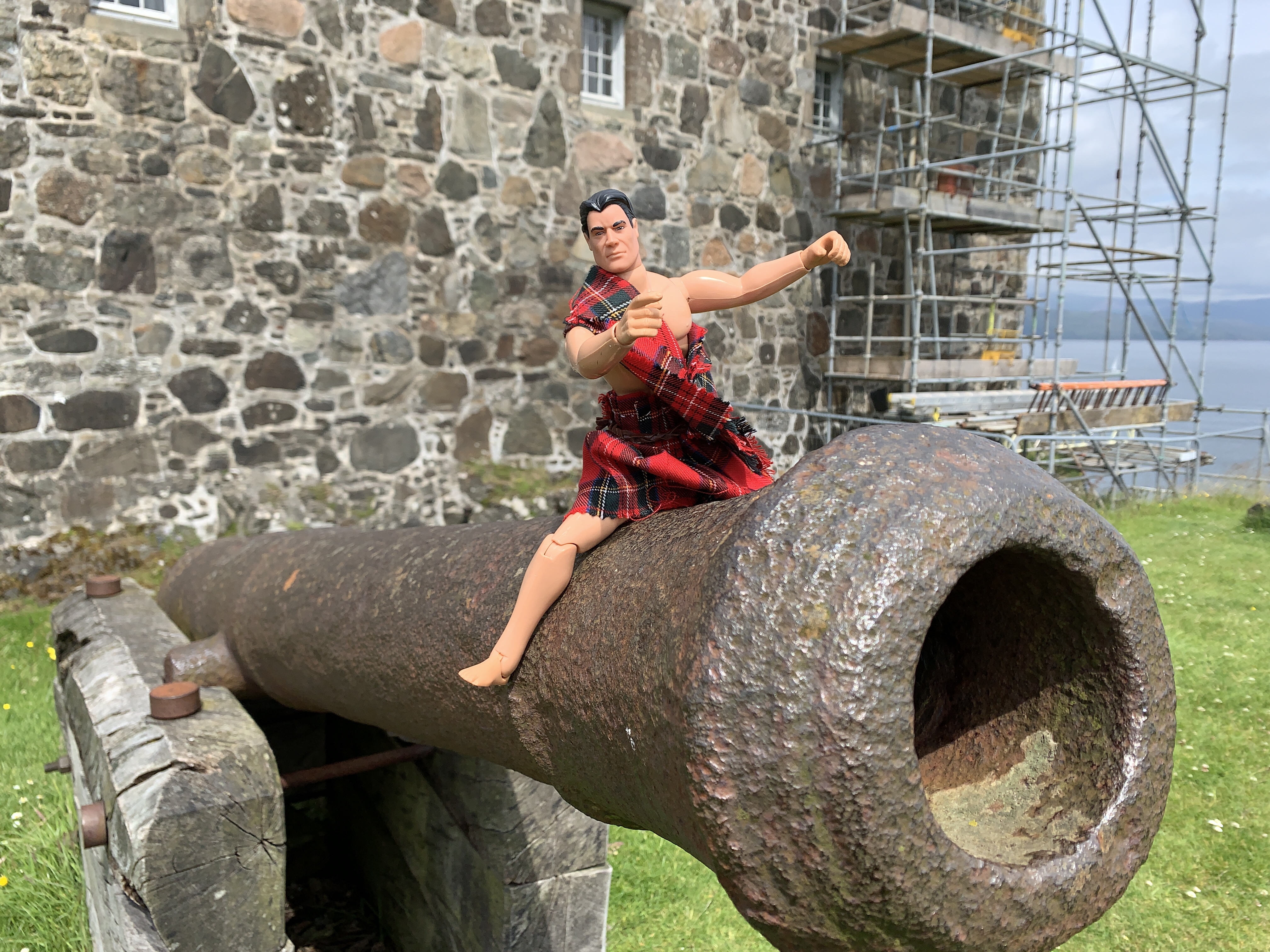 Of course, he may have slipped through the stones we touched at Kilmartin? I half expect him to turn up on the front seat of the car at any moment. 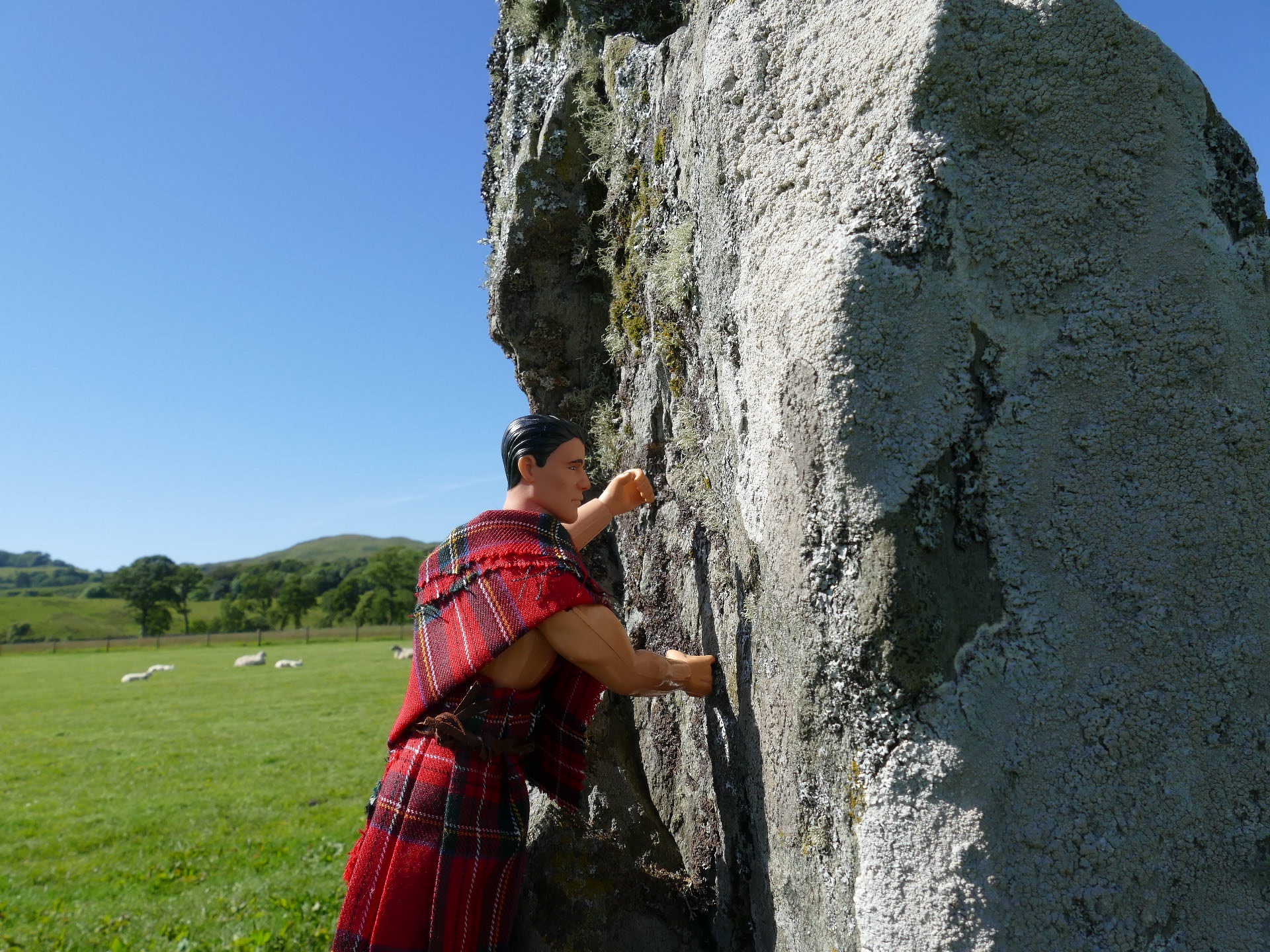 PS: Please ask around your networks – someone in the world must have him? Last seen at Salen Jetty near KILCHOAN on Sunday 23 June 2019.