Last week I wrote about the nutritional value (or not) of coffee, this week the focus is on economic factors. This is a simplified analysis and not meant to be an economic treatise. There are no doubt, lots of angles I have not considered.

As a point of reference, I am going to use my regular order of a skim milk regular sized cappuccino as the “standard” purchase. You can pay anywhere from $A3:50 – $A6:00 depending on size and location so I will use a cost of $4 per cup.

That’s three years of mortgage payments! Is it worth it?

Ok, so you’ve decided you can’t do without coffee. Can you save money by making your own?

A  200 g jar of instant coffee will set you back around $13 from Woollies and will make around 100 cups of coffee. Plus there’s milk and sugar or sweetener if you use it. I am not going to try and factor those in here.

If we stick to the one cup per day, every day of the year you will spend $47 per annum.

Over your work life and not allowing for inflation; $1900.

BOOM!  An instant saving of $38K per person. But you aren’t going to switch to Moccona because we have all become coffee snobs who want “proper” coffee from the trendy cafe! And in reality, you’ll probably drink both the made at home/work and the cup(s) from the cafe.

Maybe you can buy a coffee machine and save money that way? 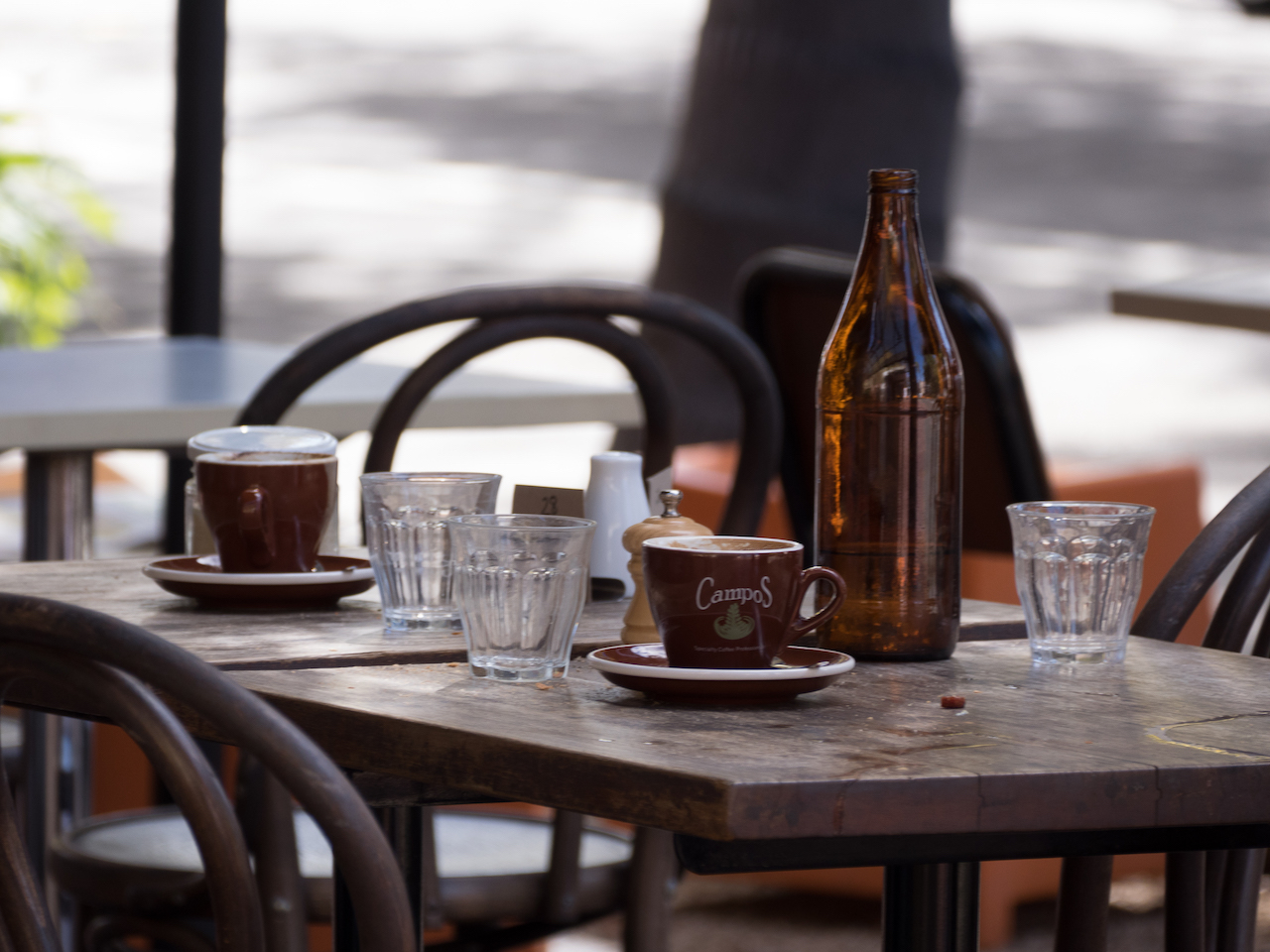 This calculation presents a few problems. It’s a bit of a “how-long-is-a-piece-of-string” argument. Just typing “coffee makers” into Google; gives you machines ranging from $3000 to $59. If you spend $3000 on a coffee machine, it will take you 2 years to make your money back, and I bet you won’t!

Because even if you have a fancy coffee maker, you’ll still buy coffee from the cute little cafe near work! You know you will!

Using a pod machine will save you money too, BUT you’ll have to deal with the environmental cost of all those plastic or metal pods. AND you’ll still buy coffee from the cute little cafe near work! You know you will!

Of course, you could grind your own coffee too and use a plunger or lots of other methods which would be cheaper than cafe coffee so you could potentially spend much less than that estimate of $60,000 over a working lifetime.

I’m not here to tell you how to spend your money or tell you if you can afford that or not. You’ll have to decide that for yourself, but you may have not given it much thought. I think the main point is that coffee is a luxury. While some of you will argue that it is essential, it’s not. Not like food or shelter. The money you spend on it is discretionary.

The Production Side of Coffee

Coffee is derived from two main species Coffea arabica and C. Robusta. It has only been in widespread usage as a beverage for around 500 years. It is thought to have originated in Ethiopia where it was domesticated before being distributed widely. The now huge South American crop originated from the seeds of a single plant taken from the Amsterdam Botanical Gardens.

I think you can see how things are going to pan out here. There is an imbalance between the economic power of the people who grow coffee and the people who drink coffee.

The price of coffee is controlled by the commodity markets in New York and London, a long way from the growers. It is the second most traded commodity after crude oil. I have no idea how these commodity markets work, but I’m sure that the people on the floor yelling and shouting at each other aren’t thinking about whether a grower can feed his family on what he will be paid.

According to the documentary  Black Gold (2014), Ethiopian farmers are paid around 65c per kilo. It costs them 90c to produce one kilo of coffee. (huh???)  There are up to six steps in the chain from grower to consumer with each step adding to the price. The coffee part of your daily cup is only worth around 3 cents. While this data is now five years old, the principle remains the same. The growers are not given a fair price for their labour and have to endure significant hardship so you can be perky.

I recommend you download the Black Gold documentary. You can watch the trailer here or buy/rent the full version.

Watch it,  then try and drink your coffee with a clear conscience!

The consumption side of coffee

I live in the small city of Wollongong which has a population of just under 300,000. A Google search of cafes in Wollongong throws up 8 pages of results. The people at Wollongong Council told me there are X cafes. (I’m waiting on the council to get back to me with that number but it’s lots! ) That’s a lot of cafes and a lot of jobs. Multiply that by towns in Australia, and then the world. There must be a bazillion million million dollars sloshing around in coffee.

People who work in or own cafes aren’t exactly rolling in cash either. In Australia, there are more small traders selling coffee compared to big chains like Starbucks or Tim Hortons.  Many cafe workers are students earning the minimum wage. Then there are the roasters, the distributors, the drivers who deliver the coffee, the importers, the cup manufacturers, the barista trainers, the espresso machine makers, etc. etc. etc.!

According to IBIS World, the cafe and coffee shop industry in Australia alone is worth $10Bn with a growth rate of 2.2%. 139,091 people are employed by 20375 businesses. (I don’t think this includes all the ancillary services listed above.) Contrary to what I was thinking, this represents only a tiny proportion of the total value of Australian business which was estimated to be around $1.7 trillion in 2016.

So, perhaps the Australian economy wouldn’t fall over if we all stopped buying coffee, but it would be sleepier and grumpier!

Can you be a more ethical coffee consumer?

2 thoughts on “Coffee and your wallet”