September 11 2001 changed everyone’s world regardless of where you lived. I remember waking up that morning without knowing what had happened. When I got to work there was hushed silence and people crying. I thought one of my colleagues must have died.

“Haven’t you seen the news?” they all said in unison to my question of “what’s happened?”

While we empathised with those who had been killed and the loss their families suffered we all felt that the world had become a sadder more dangerous place.

This week I went to the 9/11 Memorial Museum in New York. A dreary dark rainy day made indoor activities necessary. I think all the tourists in New York made the same decision and the queue snaked along for many, many turns. My museum ticket was for 2:30PM and when I joined the queue at 2:10PM, they were letting the 1:30PM tickets in. The crowd was getting restless and I felt for the Security and Memorial staff as many people asked what they should do if they had a 2:30 ticket.

“Go away and come back later”

The response was not well accepted

“All the 2:30 people line up over there” the Security guy said. No-one moved. He was finding it harder and harder to keep his polite “have a nice day” demeanour in tact. After some conjoling, the 2:30 queue formed its separate line in the designated spot and let the 2:00PM folks walk past.

At 3:00PM we were shuffled into the final twists of the snake. The disquiet in the crowd began to settle. Puffs of fog drifting up as they sighed in imperfect patience. 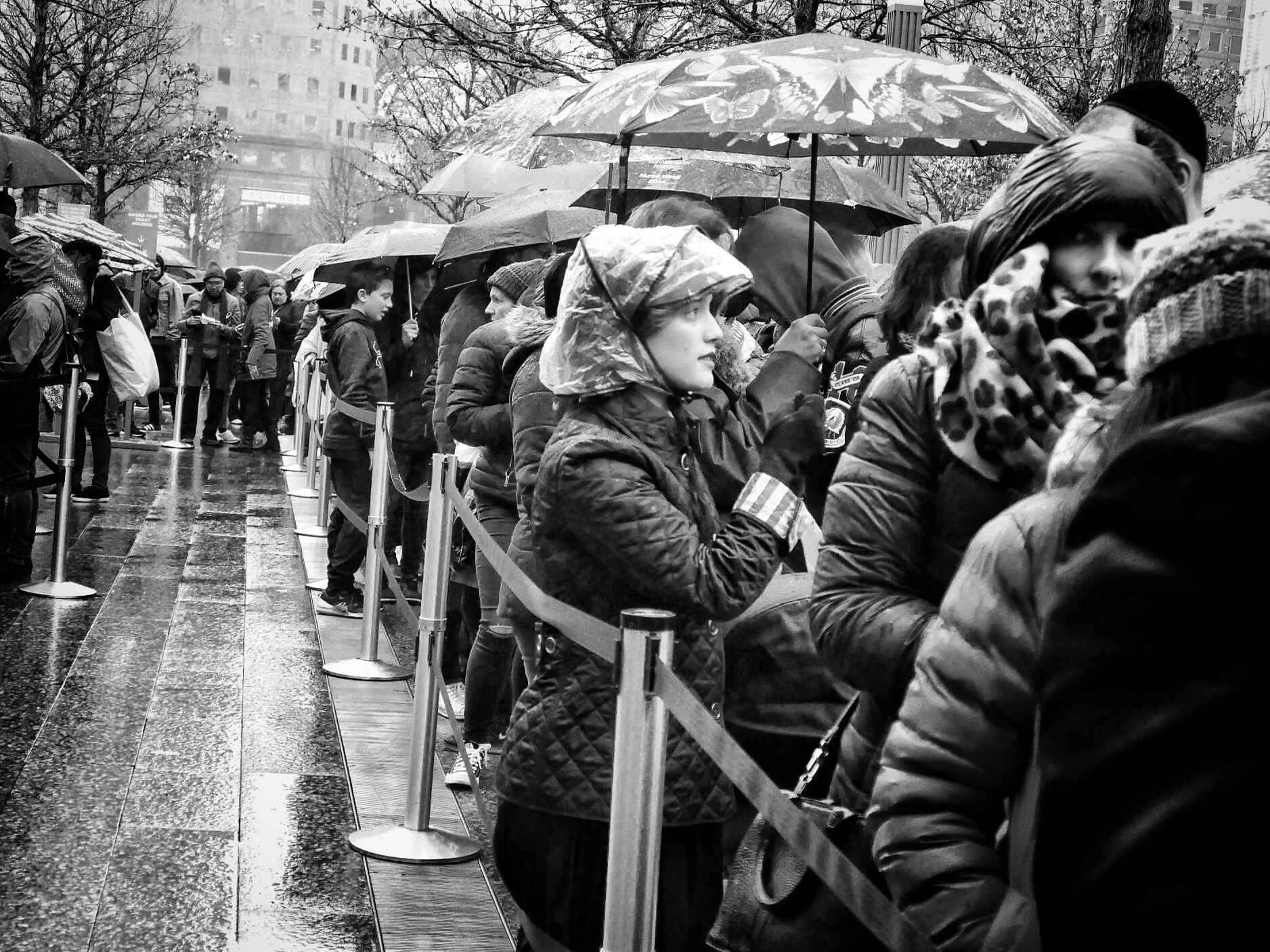 At 3:30 we encountered the first of the ways in which the world has changed: metal detectors and bag checks – the now ubiquitous reminders of the sadder, more dangerous world.

The vaulted ceiling, the dark entrance and the quiet sounds whipped you back to reality and I for one felt guilty that I had been part of a crowd that complained my entry had been delayed.

The Memorial and Museum are both astonishing in their simplicity and reverence. Built into the foundations of one of the towers, the museum’s ramps take you deeper into the earth. The exhibits, both visual and audio are haunting. A loop of photos showing people in the street watching the towers burn and then fall; clutching their mouths; clutching each other, with the sounds of people’s memories of the day playing quietly in the background; so moving that tears flowed down the cheeks of those watching. 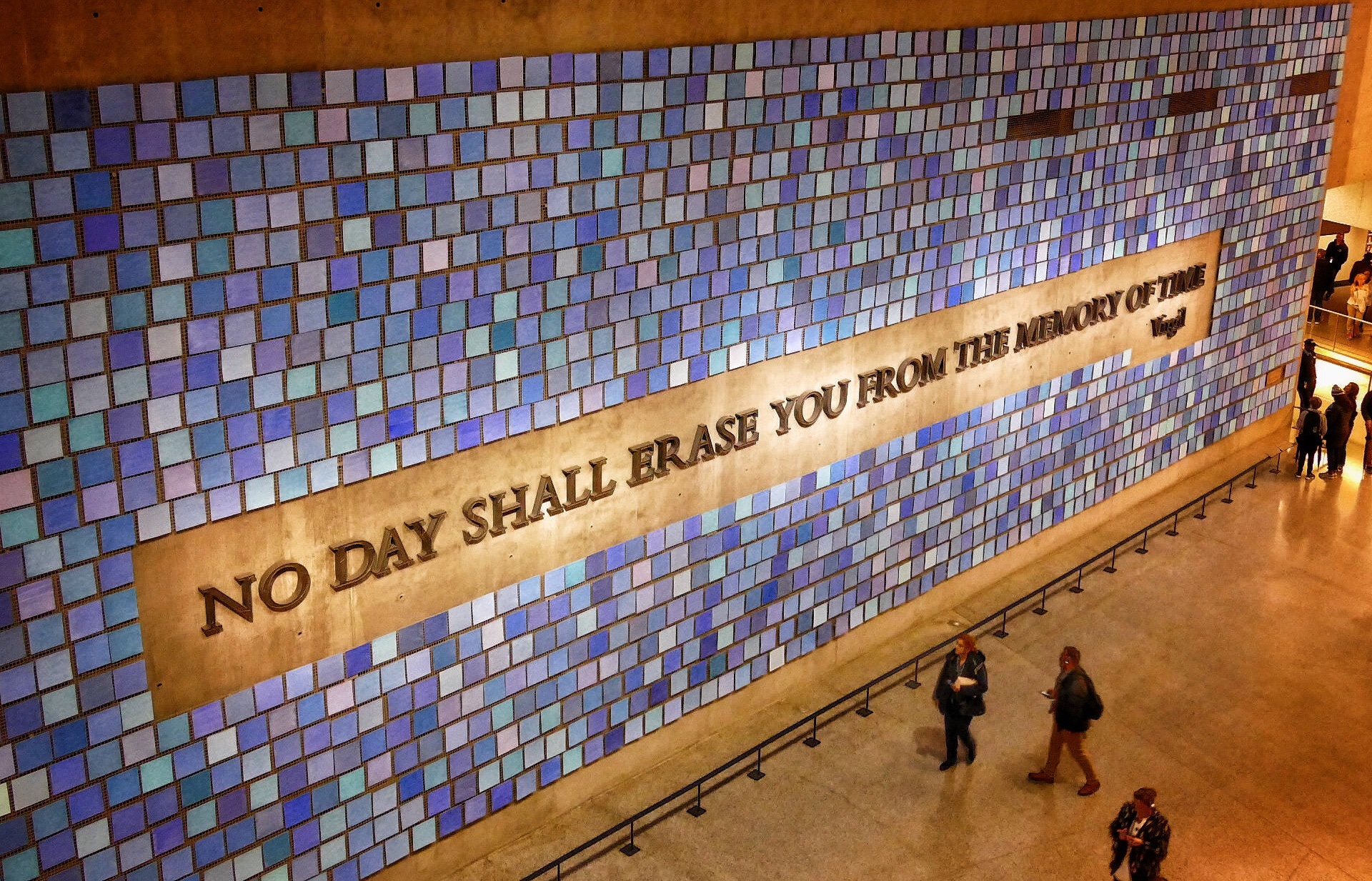 Images of those killed, nearly 4000; make a particularly poignant display, so much so I did not linger.

The photos made by Stephane Sednaoui in the hours and days after the attack vividly encapsulate the terror inflicted and the subsequent urgency of the first responders who came to help.

The mood of most patrons was somber and reflective. The accents of the world surrounded me. Two young women who were sharing a joke, reminded by fellow visitors that this was not the place.

The outdoor memorial is made up of two deep pools with water cascading down the sides and falling into what seems like a bottomless well. The names of those killed cut into the metal sheets that surround it. Again simple and reverent. Some names have a flower – a tribute to their birthday. 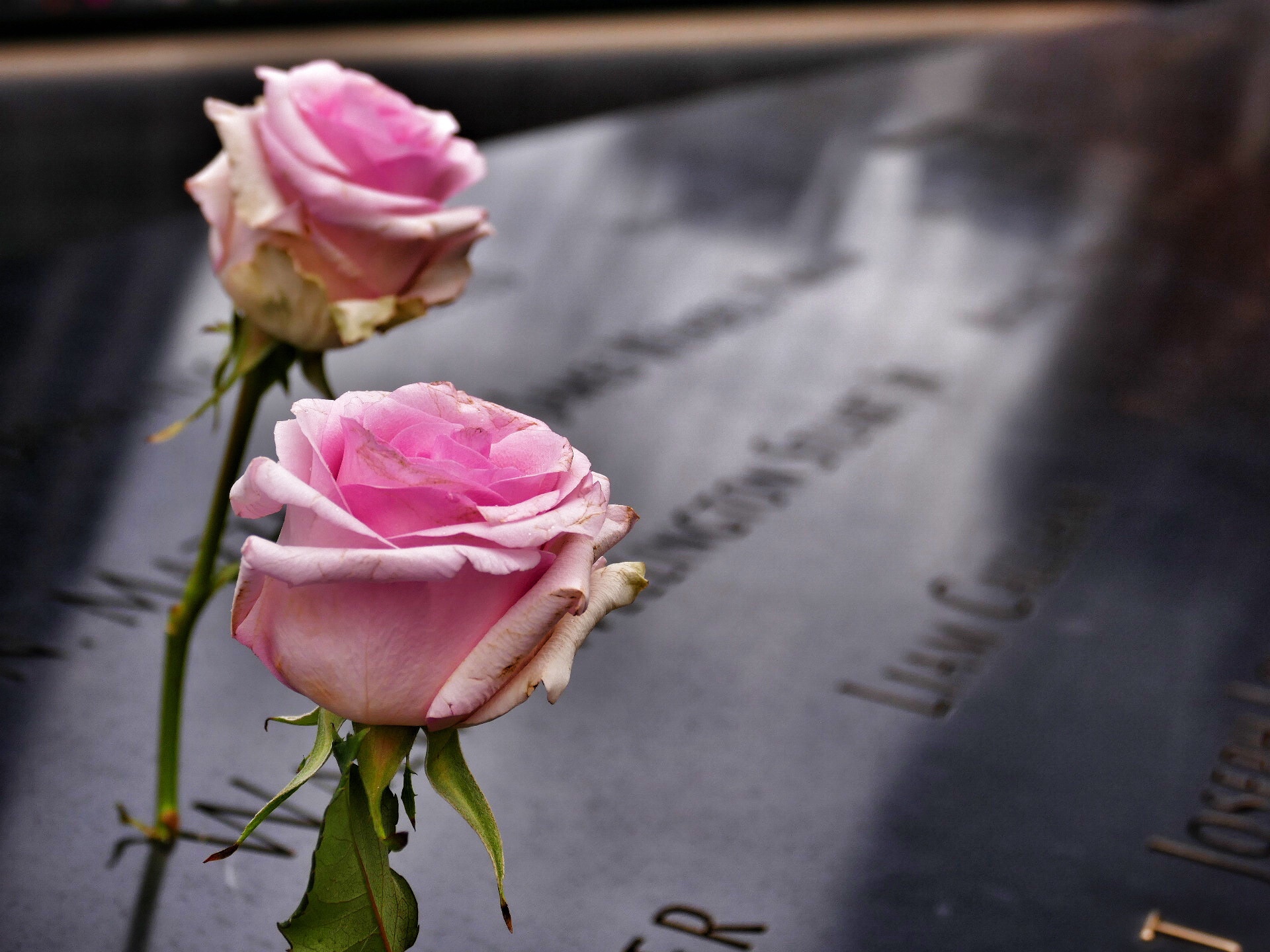 I give this site a five star rating but don’t go expecting to be entertained; go with the expectation that you will leave feeling that this world is still sadder and more dangerous.

You can get more information here: https://www.911memorial.org.

72 thoughts on “No day shall erase you from the memory of time.”