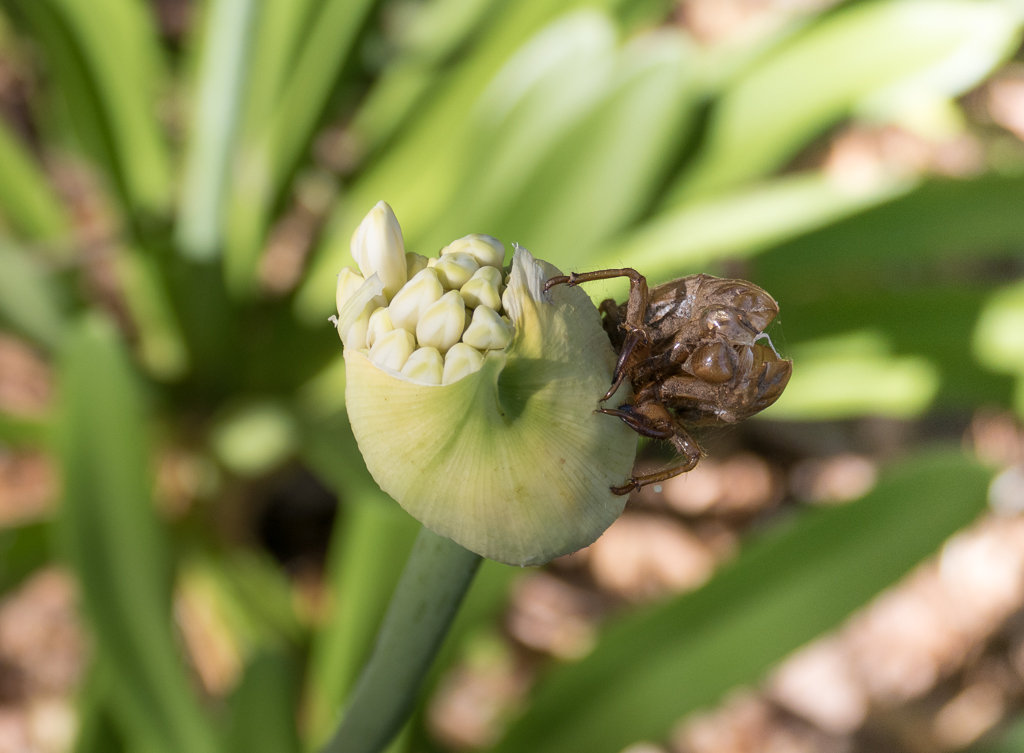 Despite Mum’s warning I was not prepared for the deafening, throbbing assault to my senses. Mum told me she had taken ill with vertigo for a few days as her eardrums rattled and reverberated due to the dreadful din. You could feel the rising crescendo as your whole brain is engulfed by solid sound.

Starting at 4:30 AM and eventually quietening down around 10:30 PM there is little rest from the cacophony. As a grand finale, frogs chime in just after dark adding a melodic bass note to the whining irritating insects.

Cicada shells festoon almost every vertical surface with trees and fence posts laden down with the grotesque dried-out  exuvia that support their own tiny ecosystem of smaller bugs. 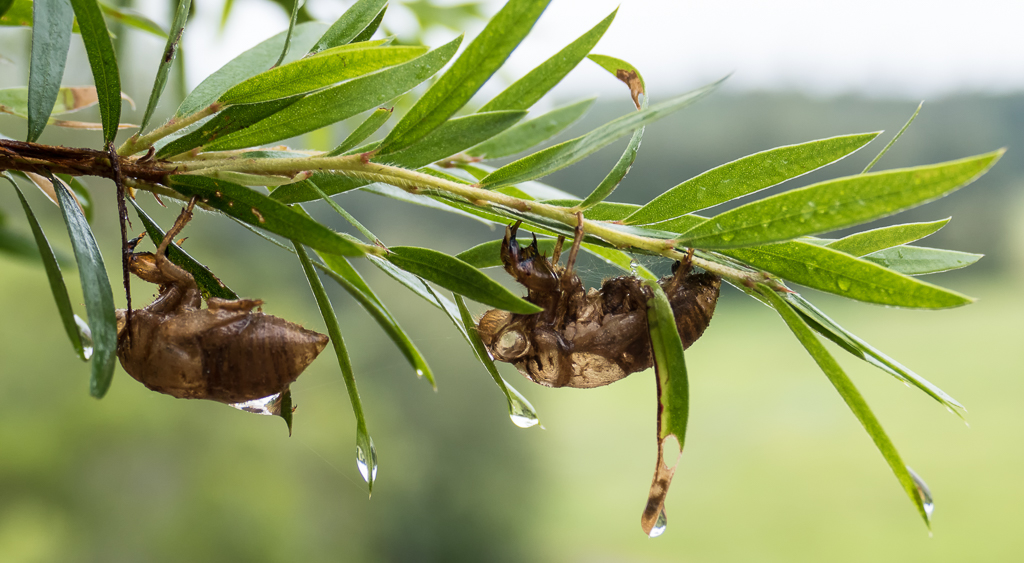 Rather than grumble, I decided to make the most of their presence and photograph these abundant subjects. So here is a photo essay about cicadas in Gordonville, NSW in the days leading up to Christmas.

Where did they all come from?

The life cycle of cicadas is still not fully understood. Females lay eggs in slits in  tree bark they make with a scythe-like appendage on their abdomen called an ovipositor.  The eggs hatch  after 2 – 7 months and the little nymph hatchling falls to the ground before burrowing in for a long wait.  The nymphs grow underground for an unknown period depending on the species. Same say four years, others seven and in the North America there is a species which apparently remains underground for 17 years. However long it is, some years are better cicada years than others.

My hypothesis would be that cicada bumper years would be coincident with previous hot, wet summers. Given they have to burrow in the ground, wet soil would make it easier for the nymphs and more would survive to subsequently emerge and drive us batty. (I haven’t found anything to back up my hypothesis!)

The nymphs feed by tapping into the fleshy roots of trees with their straw-like mouthpieces and suck the fluids from xylem and phloem tubes. During their time underground they moult several times. Returning to the surface in a distant summer, cicadas climb up any convenient vertical structure before splitting their shells to emerge as adults. Their soft wings need to air dry and stiffen before they can fly making them vulnerable to their predators, mainly birds, bats and reptiles like goannas.

The males are the chirpers and produce the  noise by vibrating thin membranes over hollow slits on either side of their abdomen. The volume is amplified by air filled cavities. Females remain silent. One wonders how one male can be distinguished from the thousands of others with so much noise all around. How can they tell a Tom from a Dick or Harry?

To us humans,  the 86dB 15-16 kHz love song is simply noise, unwanted and enervating on a hot summer day. Double drummers have been recorded at 120 dB!

There’s an estimated 700-1000 species of cicadas in Australia, these photos show four that were in the trees around Mum’s place in Gordonville, inland from Coffs Harbour, NSW in the week before Christmas.

Want to know more about cicadas? Have a look here – http://www.cicadamania.com/cicadas/category/locations/australia/  these people are cicada crazy!