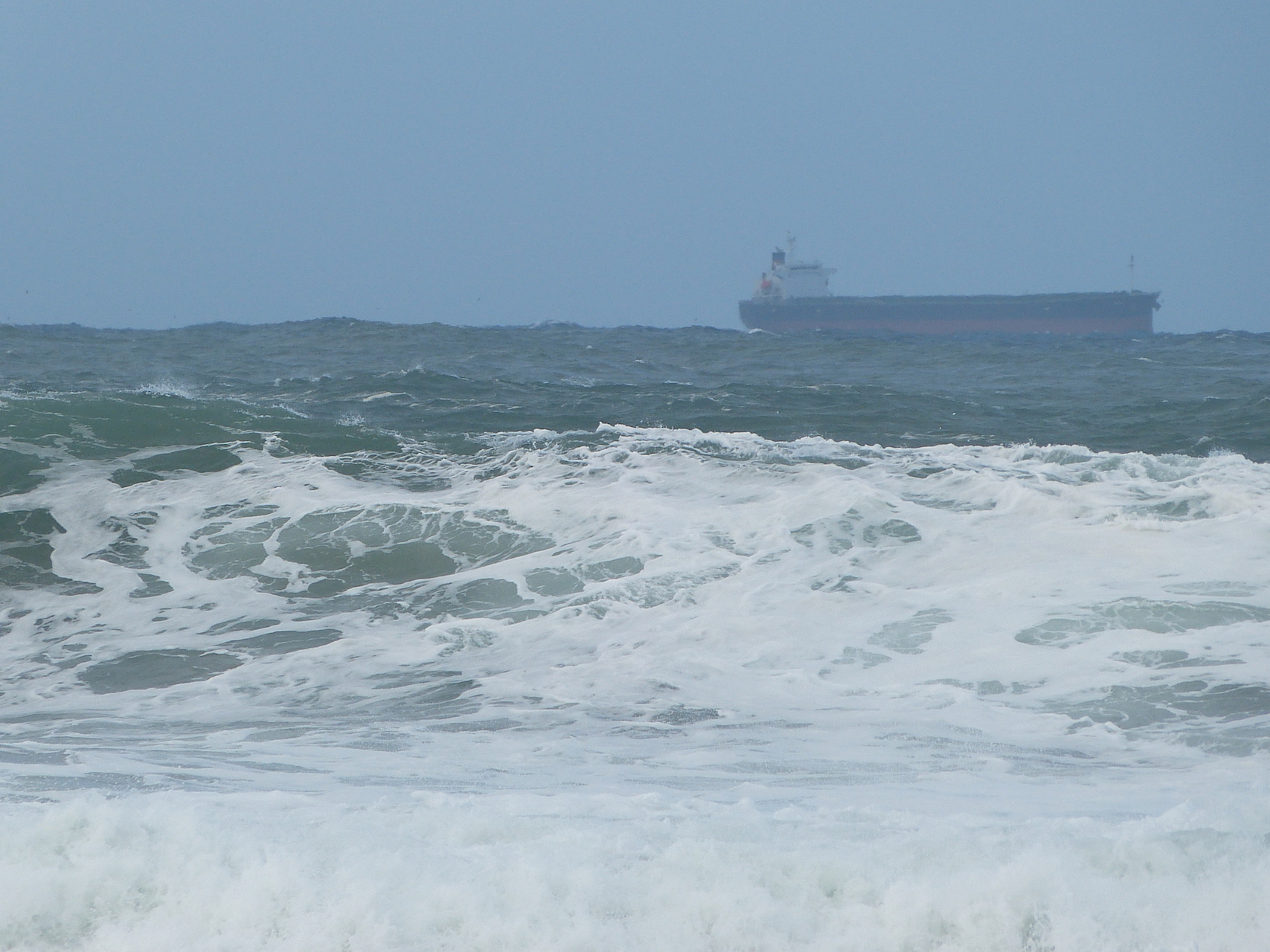 It’s hard to believe I took this series of photos five years ago today. They popped up as memories on Facebook. I was using my first semi-serious camera, a Panasonic Lumix FZ250[1]  I was  at the beginning of my photographic journey, venturing out at every opportunity to learn how to use the various dials and buttons.

To set the scene. This is Bellambi Beach, a suburb of Wollongong. It’s winter. It’s cold and stormy and the surf was HUGE. There was only one other surfer brave enough to tackle the waves. Taken from the protected southern end of the beach , these shots  don’t show how big they were. The wind was blowing the white caps back into the sea. 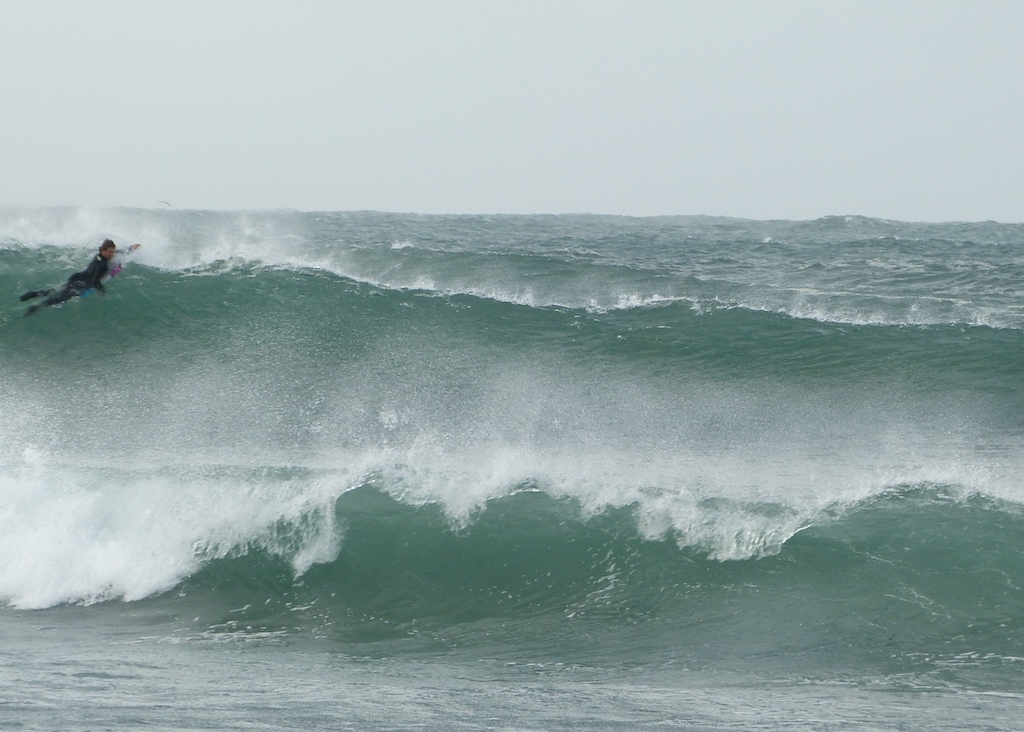 This young fellow stood there with his board under his arm for about ten minutes. Watching, and waiting for a break so he could jump in from the sea-pool. He turned around, defeated many times only to turn back for another try. 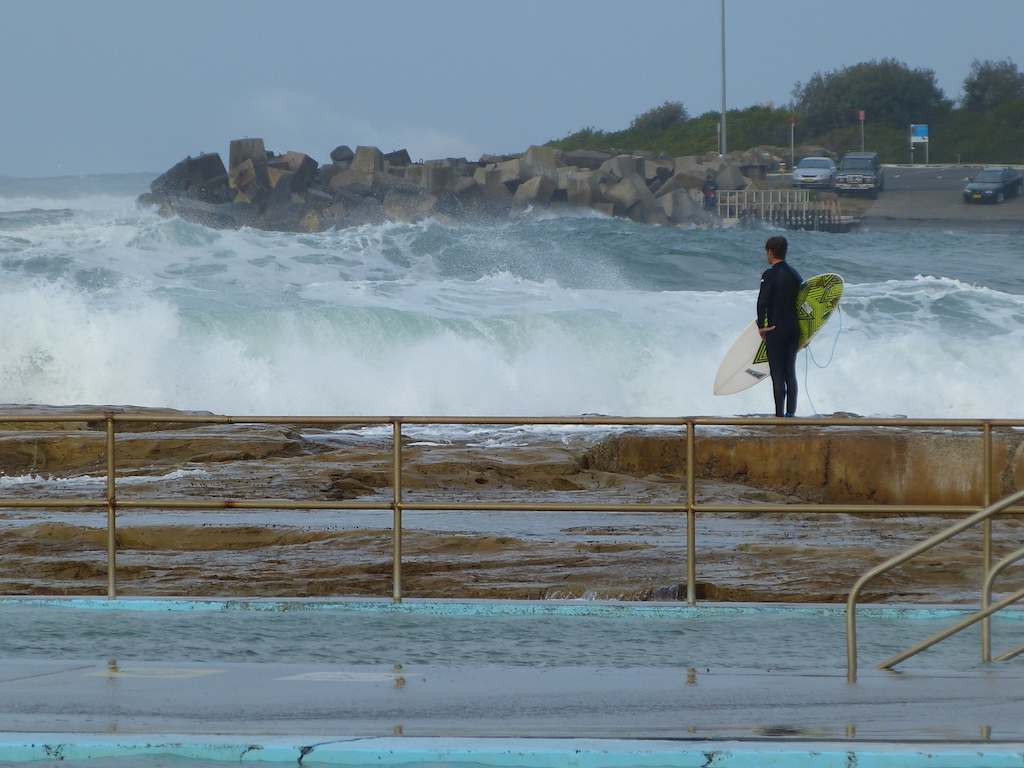 I could hear his internal dialog.

I was desperately trying to send him telepathic messages of ‘NO!’

‘Don’t do it! This is not the time to prove how bloke-y you are’

Thankfully, his sensible shoulder-angel won and he left with wet feet but a whole undamaged body. 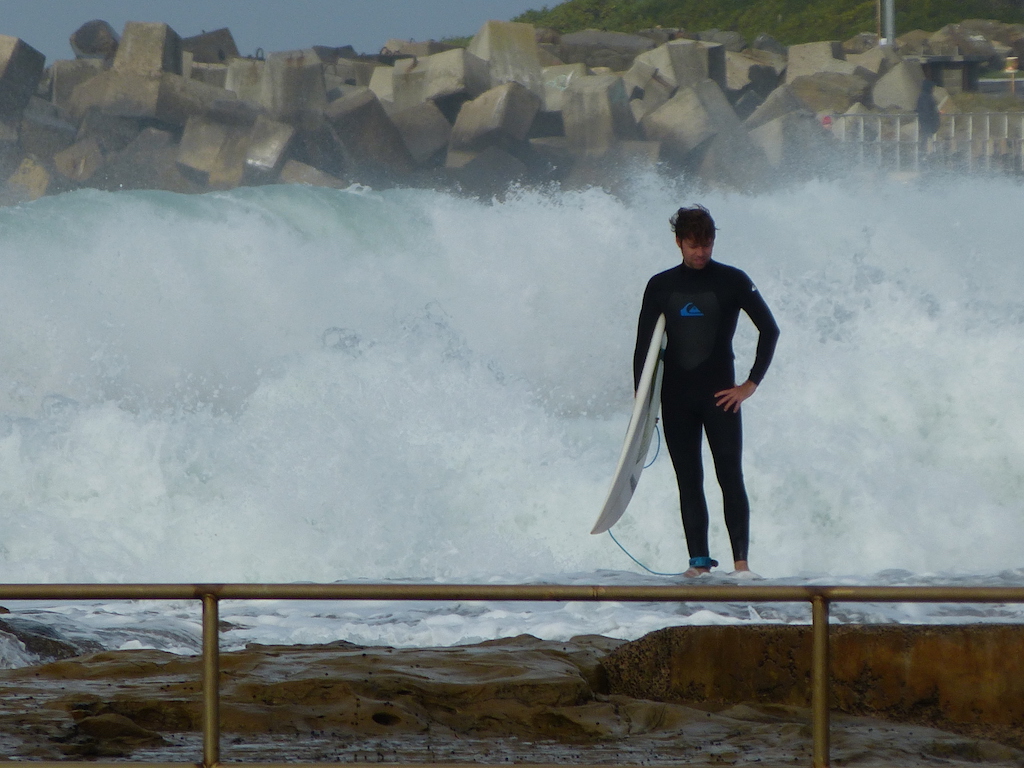 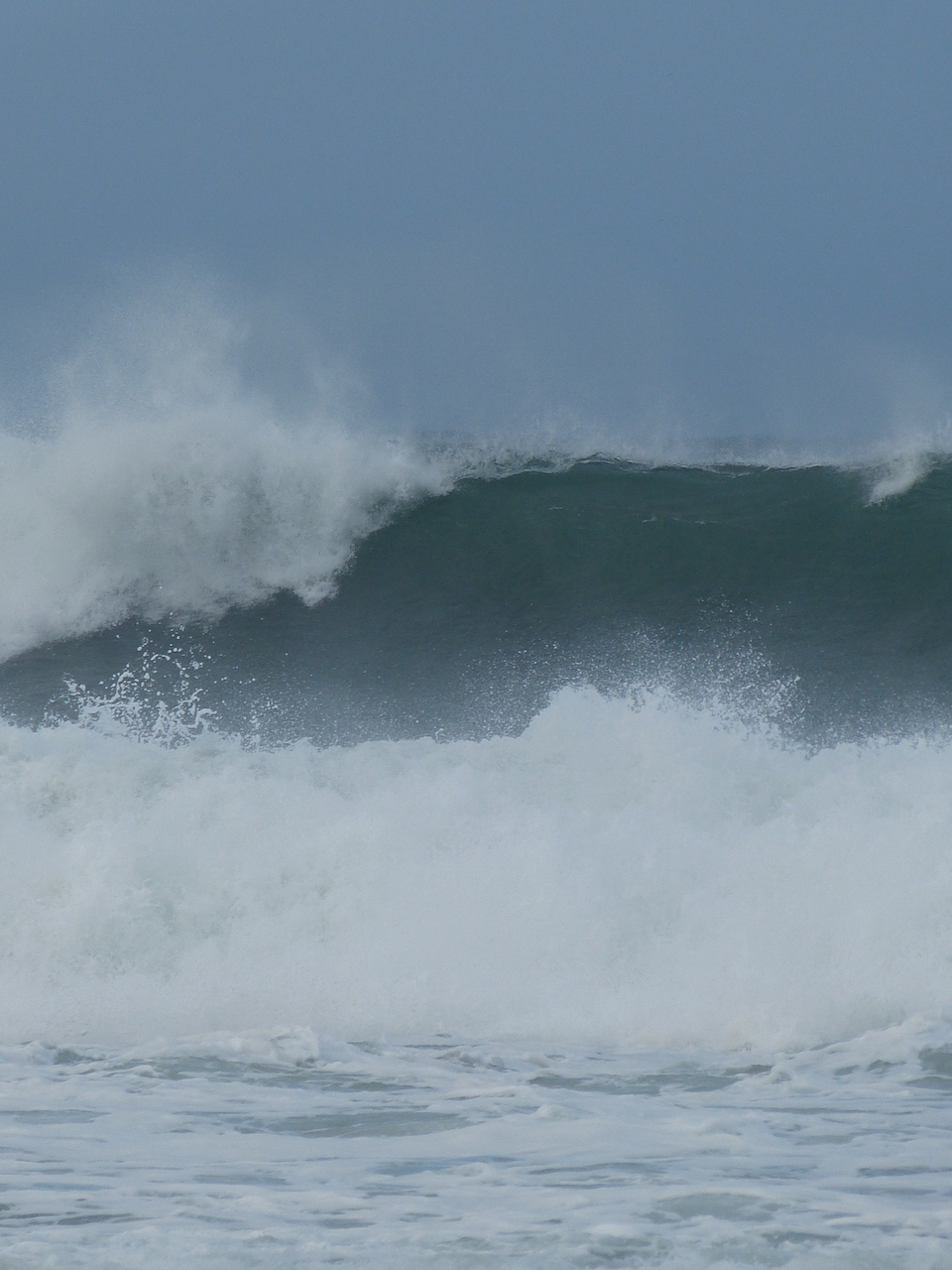