The tale of the moose and the birch trees

A photographer on a road trip needs two things: a trigger brake foot and the courage to pull over even if the verge is tiny and there is a line of cars behind you. Forget the “Baby on Board” sign. Warning: Photographer – Frequent Stopping is what’s required.  In flashing lights!

I had been driving along Bow Valley Parkway, in Banff National Park, Alberta, for only a short time when another photo-worthy vista caught my eye.

Craggy mountains covered in a punctured shroud of mist that allowed the black and white striations typical of the Rockies to be just visible in the background and stark, nearly naked birch trees standing in tall rows in the mid-distance and then the patchy white snow interrupted by straggly grass in the foreground.

It had caught my eye because of the high key contrasts. The white trunks with black lesions where branches emerged echoing the black and white of the peaks behind.  All the trees were about the same height and girth, and all had a black tide mark about 2 metres up the trunk.

What’s with the black tree trunks?

I began to wonder why they would all have this blackened trunk to the same height? Was it the result of a fire? I discounted that idea – the whole trunk would be black; the lower limbs would be burnt. Hypothesis #2 – snow? Maybe this was how deep last winter’s snowfall had been. Perhaps being encased in snow sends the white bark black? This seemed like a reasonable explanation to me so, inner scientist satisfied, I began to snap away all the while imagining how this contrasting collage would look after I had “Snapseeded” it. The white snow, the black-footed trees, white trunks against the black and white striped slopes in HDR and high structure – this was a winning shot for sure!

After a few minutes zooming in and out, changing my point of view and switching angles, another car pulled up next to mine. I looked without looking. Maybe they were swapping drivers. Maybe they needed to get something from the back of the car. My photographer’s territorial hackles began to rise.

This was my frame!

Get yourself your own shot!

My personal space, already violated by the car, was further assaulted when a guy got out with a bigger camera – a longer lens –  a man with a Canon!

This guy was a shot-parasite! The type who sees someone else taking a photo and thinks “Oh I wonder what they are taking?  I will cash in on their scouting ability and steal their shot with my f2.8 ultra-fast bit of glass!”

Hmmph! I thought patting my Lumix tenderly, “It’s not how big it is buster! It’s what you do with it that counts!

His travelling companion stayed in the car; a bored look on her face. My original displeasure vanished and turned to smugness. As a photographer travelling solo, I didn’t have to worry about apologising for the constant stops to take yet another picture of another snow-covered tree that looked the same as the last five snow-covered trees. Trying to explain “good light” to those who can’t imagine through the lens is close to impossible – they never understand.

We clicked away taking a few shots; me feeling a little uneasy. I had done the hard yards to get to this black and white frenzy of contrasts! I had already had a short hike along a trail to the Johnson Canyon Lower Falls, slipping and sliding along a treacherous boardwalk dizzyingly close to a deep ravine! I had already risked my life and limb on a slippy-slidey road! This girl from Oz was not used to snow, and I spent an hour or so driving through slush thinking I was going to die, wondering should I have chains on my wheels and trying to remember what that driving instructor had told me to do 40 years ago if I ever got into a skid.

My inner adult triumphed. I relaxed and smiled. Mr Canon and I began to talk. He agreed the contrast was great. We enjoyed the quiet beauty of the Rocky Mountains.

I quipped “all we need now is a great big moose with huge antlers to emerge from between the trees and stand majestically before us while bellowing a warning”. He liked that idea. “Did you see a moose already?”  he asked; hopefully. I contemplated saying yes. We laughed and then we waited as if thinking it would make it happen. We stopped shooting. Would the moose come? An elk would do. Heck! A little deer would be enough! I looked one way standing on my tippy toes searching for a tell-tale rustling of grass. He scanned the short horizon intent on finding something – anything.

A small noise distracted us both.  I am sure I heard breaking glass. Perhaps it was the cold air shattering. The woman in the car had finally gotten out to hurry the man along. I had forgotten about her. The disturbance ended our waiting – that shared moment of magic vanished. I got back into my car and drove on. I stopped a kilometre down the road at another impossibly emerald lake where the snow was still lying on the ground making it look like a scrap of old carpet – threadbare and patchy. I wondered if he had stayed and waited for the moose. 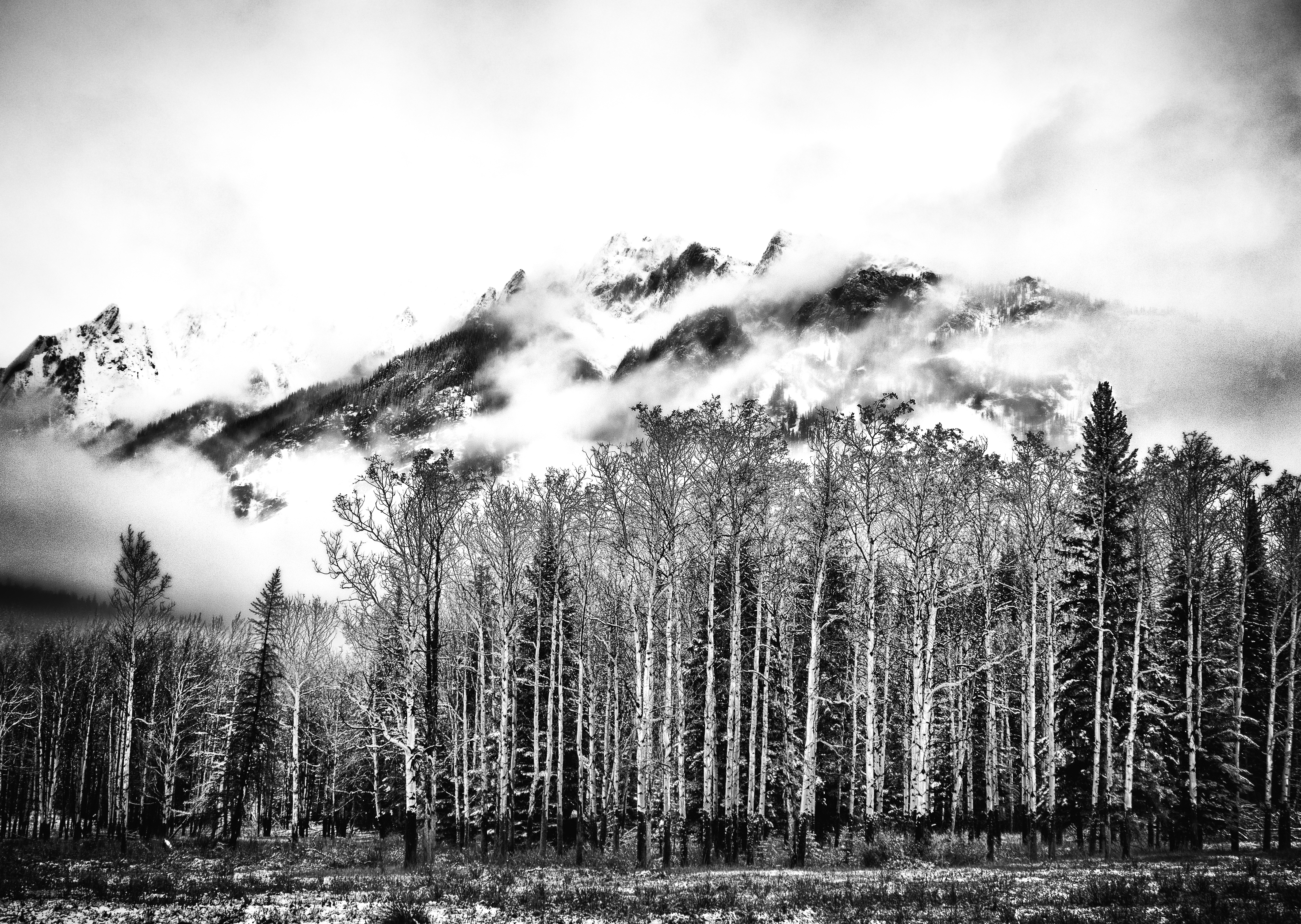 In the end, I was disappointed with the shot. I guess after the interaction with Mr Canon I expected it to be different. Bigger. Grander. It was one of those times when the camera cannot see what the eye feels. It does not see the stillness, it does not smell the crisp, pine scent. It does not hear the crunch of the snow under your boots. It does not feel the cold air filling your lungs and it does not share a brief moment with a stranger waiting for a moose to appear.

Check out some of my other stories about my vacation in Canada.

Winning the Lottery in Moraine Lake.

Five out of six ain’t bad!

Canada just like Australia but with mountains and bears.

4 thoughts on “The Road-tripping Photographer”