Another month, another short story! You know the drill by now! 500 words, 55 hours and $500 to the winner. Sigh! Maybe one day it will be me. Check out the Australian Writers Centre’s page for details.

In November the prompts were:

The faint pink of dawn was beginning to brighten the sky.  Minette stood by the window and looked out over the ocean; flat and calm. A mere shadow of its former self. In the dark, it had been a roiling, churning monster. Now? After no sleep and a bottle of wine? It was like a bath; mercury smooth and shining like gold.

Minette was not spontaneous, yet twelve years ago, the sight of a crushed velvet jacket had been enough for her to turn her life upside down and make the immediate decision to marry Reese. That human was going places! Minette was ready to buy before she tried.  She had never been so sure of anything in her whole life.  Her eyes locked on Reese’s.  She stepped over the discarded corflutes and bunting that littered the party room floor and their embrace was long and seemed everlasting.  Later at their wedding, they joked about the whole  “and our eyes met across a crowded room” trope, but it’s what had happened. Really? Really-really!

Like all modern elections, Antony had called it by 9:30 PM; much to the annoyance of those watching at home with a few bottles of  Pinot in the fridge, waiting for a slow reveal. It wasn’t any fun these days. The computer could generate the trends so quickly you were tucked up in bed by ten. The ousted pollies would be packing up their office before you’d even had your Weetbix.

Minette remembered that night well. It was the night of the earthquake-sized, landslide, total demolition of the Government. The Opposition’s promise of climate action had worked a charm and the electorate had bought it. Anything seemed possible, even marrying a dork in a 1980s blazer.

Twelve years on, the Party was as sad as Reese and Minette’s marriage. Not dead, but on the way out. None of their promised reforms or targets had been met. The bushfires (arguments) had gotten worse.  The storms (sex) more (less) frequent.  The coastline crumbled into the sea, despite the wall.

Reese had suggested they move from their beach house six years ago. Minette had refused. It looked bad. The headline “Party faithful leave the coast like lemmings” didn’t seem like a good fit. The media would have a field day. She had insisted they stay. Re-election was worth the risk.

Her window-side reverie was shattered by a now-familiar sound.  She watched as the neighbour’s house slipped into the ocean, room by room. Thankfully the Millers had left last year.  They knew the writing was on their wall.

As she pulled the zipper shut, Minette realised she had something else to pack. She folded the velvet jacket carefully. It took up a lot of room. It didn’t even fit Reese anymore, but it was a symbol of their hope.

Hope might not be enough but it would do.  Minette pulled the front door shut, then laughed at her absurdity. No door won’t keep old Neptune out! 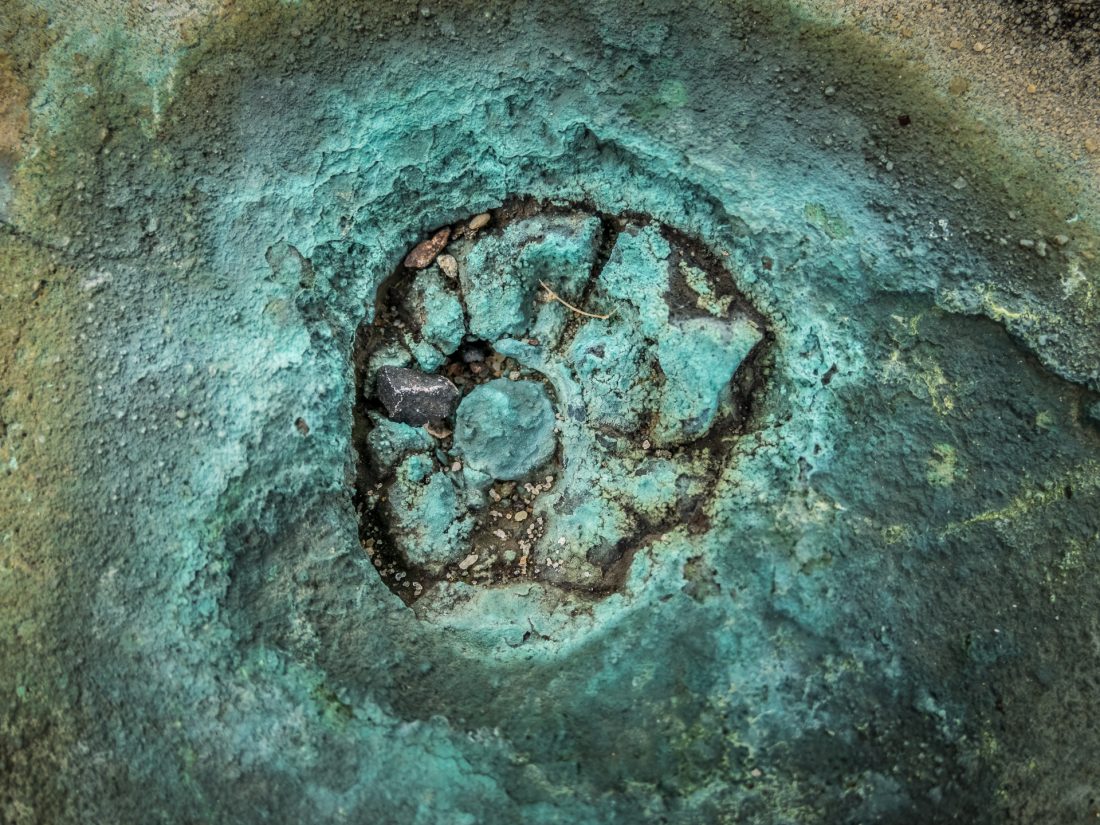 I’m moving house soon! Back in July, I posted about my plans to move to a more intentional lifestyle in Armidale in rural NSW. It was dependent on me getting some ducks in a row. Namely having gainful employment and somewhere to live. I am pleased to report that one duck has been lined up and nailed to the wall! I have a job in Armidale. The job is a good one but at this stage only for 6 months – but (very) likely to be extended. It’s at the same salary, but not in a school and it will be a very different role.

This news sets the dominos in motion. The next step is the pack up and find somewhere to live. Rental properties are not hard to come by in Armidale and my own place will be easy to rent out as the market is very lean at the moment. All good there. As any good organiser would, my very first task was to create a timeline spreadsheet. (Colour coded, of course!) This included all the important things, like when I need to be at my new place of work, when I finish in my current position, the Christmas holiday period etc etc. I was in my nerdy organisational happy place. And then…

One of the first steps in moving is to book a removalist. I “googled” and came up with a few companies. The first quote was for nearly $8000. Screech on the brakes!! Say what?? Eight grand?? I don’t think my furniture is worth that much!!!!! Add on the prospect of MAYBE shipping all my stuff back after 6 months. Urggghhhhh!

In my second Slow Living post I suggested that I could sell all my stuff, buy a tiny home and live more simply. I billed this as an extreme response. With this quote, it doesn’t seem like such a bad idea! Do I really need to move my stuff? Can I rent my place in Wollongong furnished? Do I free myself of my possessions? Do I sell my lounge and fridge etc etc and buy replacements once I’m there? So many questions! 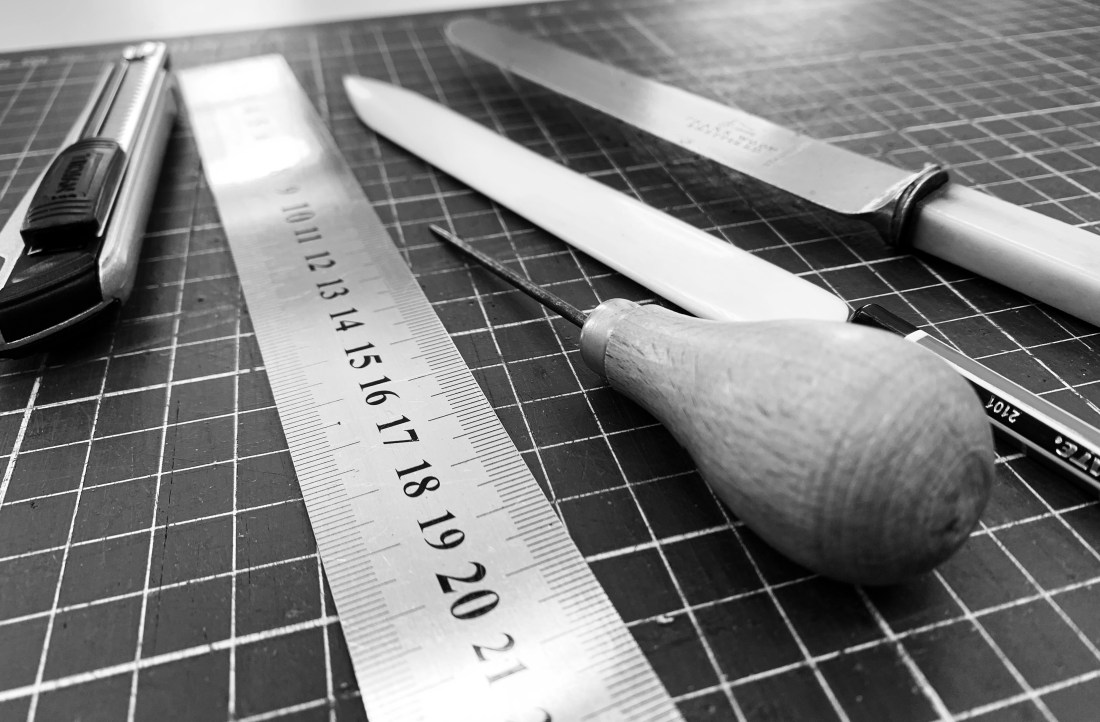 OMG! I am in love with bookbinding! Aside from this blog, I write in a journal nearly every day. My musings range from shopping lists and reminders to deep and meaningful tirades, depending on my mood. This journalling means I get through a lot of journals. I prefer to write on blank paper and the other day when I finished one book I didn’t have another to continue with. I decided to use up some of the materials I had lying around to see if I could make my own.

After a few Youtube videos, I had cobbled together a rather wonky, but serviceable hardbound book.  It was fun and allowed me to use my crafty skills. I looked around the interwebs to see if there were any courses available. Just my luck, there was a two-day beginners bookbinding course coming up the next weekend in Sydney and there was one space left! A message from destiny. I signed up for my first in-person course in nearly two years! (Thanks Covid!)

The course was terrific! The teacher was amazing and I came away with five “books” which progressively developed my skills. Starting with a few sheets of paper folded and stitched to make a pamphlet, we worked step by step to a multi-section sewn book. At one stage in a flow-fueled frenzy, I actually exclaimed “I feel like such a boss!”. This was my sort of course. I like being arty but can’t draw to save my life. This craft which combines mechanical skill with aesthetic features is perfect for me.

This experience challenged my skills and provided a goal-orientated focus putting me right in the coveted state of flow I have talked about before. On Sunday we started at 9:30 AM and one group member interrupted our quiet reverie with “My goodness, it’s 12 o’clock already!”  None of us had stopped to look at the time, go to the toilet or get a cup of tea. We were fully absorbed in following the instructions and creating a little bit of paper and board magic.

Sadly, there is no longer anywhere in Australia to do a trade course in Bookbinding. This course run by the NSW Guild of Craft Bookbinders is part of the Sydney Community College program. The Guild offers more advanced courses and memberships. They share a space in the same building as Writers NSW on the grounds of Callan Park. Callan Park or Rozelle Hospital as it was later called was an infamous psychiatric hospital. Its close to Parramatta River and very close to the CBD. The grounds are spectacular and the building itself heritage listed. You can get there by public transport.

Watch out, friends and family! I’ve already ordered a ream of lovely paper and I’ll be practicing my bookbinding skills over the next few weeks. Christmas gift list sorted!

(Next, I want to do a paper marbling course to make the endpapers!)

PS: The promised Part 2 of Eco-friendly painting will be here soon!!